This is my walkthrough for the iPhone/iPad/iPod game by Ateam. 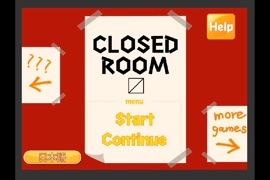 *Note: Only read this if you want full details on how to escape. You will read spoilers here. If you want hints instead, ask in the comments section here or on my review page.

1. Take the stick from the plant.

2. Use the stick to turn on the circuit breaker.

4. Turn to the right and shake the pigeon picture until it drops an item. Pick it up.

5. Use the stick on the plant above to get a plug.

6. Look in the trashcan next to the couch and read what it says about a toy.

7. Turn off the lights and go back to the couch. There’s a light coming from under it. Pick it up with the stick.

8. Use the black orb on the X on the wall above the couch. Make a note of the three letters you found. Mine are “TCU.”

9. Turn the lights back on.

10. Tap on the top desk drawer until you find a puzzle with “abcdefg” and a music note on it. One button ia broken. Put the stick in the slot. That will count as “G.” Take out the paper with letters on it. Mine says “AGCF” but “FGCA” unlocked the drawer. So play around with the order.

11. Take out the battery from the drawer.

13. Use the razor to open the white box on the stand next to the couch. Take out the lemon.

14. Go to the clock next to the couch. Turn to the back. Put the lemon in the mug and use the razor on it to cut it open.

15. Go back to the other room and tap on the painting with a circle on it. This is a series of seven puzzles. You have to turn each one completely yellow to move on to the next. MAKE SURE TO COMPLETE ALL THE PUZZLES IN ONE SITTING OR YOU WILL HAVE TO START BACK FROM THE BEGINNING.
Once you solve all them, a magnet under the desk will release the second plug. Take it.

18. Now, remember the three letters you found on the wall? Go to the computer and form the shape of each letter out of the grid. Each letter opens one lock. When all three are unlocked, you will see your diary.

The numbers vary each game. For me, my pigeon painting said 835. In the desk drawer is a piece of paper with a number from an old friend. Mine says 640. And in the trash is a picture of cake. Mine says 60.

21. Use the key to unlock the door and you’re out! Congratulations!

1. Look on the floor on the right side of the desk. Pick up the battery.

3. Turn to the left side of the computer and take out the key from the disk drive.

4. Turn to the other side of the room.

6. Tap on the plant above and push the button that’s revealed.

7. Use the screwdriver to remove the picture frame.

8. Go back to the computer desk and pour water into the cup. Zoom in and letters appear. Mine says “DACB.”

9. Turn on the computer and open Folder 1. It says: 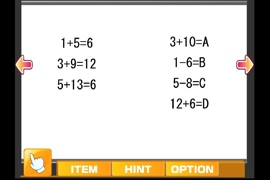 10. Tap on the bottom drawer of the desk. Punch in 6197 into the combination lock. You get the second coin.

11. Use the key you found on the top drawer to get a battery.

12. Go back to the couch room and zoom in on the white box. Turn it around. Open the battery slot with the screwdriver and insert the battery. Now it works. You just need the code for it.

13. Zoom in on the computer again and look at Folder 2. There are three flags with an arrow pointing right. The flags represent Australia, America and China.

14. Find the three countries on the map. Australia is south, America is East and China is West.

15. Go to the white box and tap on the bottom button (South), right button (East), and left button (West). Then tap on the center button and you get the third coin.

16. Zoom in on the dry plant next to the desk. Pour water on it and you get a clue: 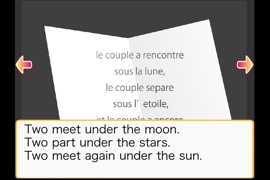 17. Go to the puzzle behind the picture. Put the coins in this order: Moon, Star, Sun. Then do the opposite of what the paper says (not sure why). So the first slider is apart, second one is together and third one is apart. Tap on the button to the left and you’ll get the key.

18. Use the key on the door and you’re out! congratulations!

If you liked this game, also check out my review for Atmosfear, Escape Game: “An Odd Game” and Escape Game: “The Meddling Shogi Player”.

Broken Age Act 2 Walkthrough Guide: How to Get Mom to Open the Central Control Room Door