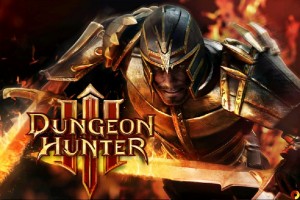 So Dungeon Hunter 3 was recently released. Most fans of the series knew it would be free, or “freemium,” so there aren’t too many surprises there. But what was really misleading is that Gameloft even called this game “Dungeon Hunter” at all.

Let me start by saying the original Dungeon Hunter was one of the first games I bought on my iPhone, and I played through with every class before I tired of it. I also played through Dungeon Hunter 2 with several classes before moving on. So of course I would look forward to another Dungeon Hunter game. However, I heard all the news about the freemium, so I didn’t get my hopes up in the slightest bit.

Basically, you buy the game once and enjoy everything it has to offer.

If you like Glu’s freemium games such as Eternity Warriors (I didn’t), then you won’t have any problem with Dungeon Hunter 3, as long as you don’t mind investing all your time and money into new game. It is a visually stunning game. The enemies look great, as do the environments. Some people may even prefer the tougher survival-style gameplay in this game, versus the more casual play of the first two games. But this should not have been called Dungeon Hunter 3, as it’s misleading. We all know Gameloft copies other successful games, so it’s no surprise that they would make an Eternity Warriors knock-off. The problem is that Gameloft was obviously using the success of the first two games to attract people to a game they might not necessarily enjoy playing. Had they named it something else (perhaps even Dungeon Hunter Survival, or Arena), maybe we wouldn’t all be so offended. But, at least the game is free to download. If you want to see what it’s like for yourself, download it here.

Here are some more screenshots. Feel free to share your thoughts in the comments below.

Gameloft frees up Hero of Sparta II (2) and adds ads.