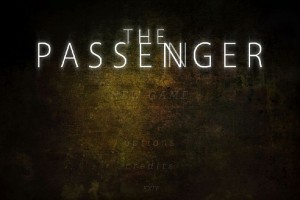 **The Passenger just got an update with vast improvements! It’s also on sale through January 20th. Read about it here.

***NOTE: There’s a promo code hidden in the review for the lucky person who finds it first!***

The Passenger is a point-and-click adventure game for iDevices (and Android). You control an unnamed man in a trench coat who is wandering around, traveling by train to different train stops. You need walk around and find objects you can use in order to solve various puzzles.

Gameplay: 4/5
The controls are pretty intuitive, yet different than other games I’ve played in the genre. In order to interact with an object, you must first walk your character over to it by tapping the screen where you want him to go. When he stops, objects that are interactive will start glowing. Only then can you tap on them to see what they do. This makes the game a little more realistic, as you’re seeing the game from his point-of-view instead of simply watching the whole scene and tapping everything in a flurry. This was actually a nice twist that added some challenge to the game, but some may find it frustrating or tiresome. For instance, If you walk past an object without stopping near it, you will miss it. This game demands that you take your time to explore, rather than simply rushing through it. In fact, the most time-consuming part of the game is the character’s walking. Some puzzles will have you walking back and forth between rooms that are several screens away from each other. There’s no way to speed up the movement once you’ve been somewhere already. But this is easily forgivable with just a little bit of patience. Just try to think of yourself as walking in his shoes instead of staring at a screen. 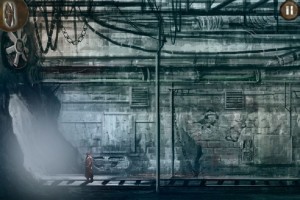 Besides picking up objects, you’ll come across various puzzles as you explore. One is a sliding blocks puzzle, while another has you tilting your screen to control a magnet. There is no dialogue in the game, and that includes feedback from the puzzles. Other than the tutorial in the beginning, you won’t really be given any instructions. If you’re not sure what to do, you need to explore more or do some trial and error. Some may find this frustrating. But the puzzles themselves aren’t overly difficult, so I actually liked that the game didn’t hold my hand. It made it more challenging and lasted me longer. You do need to have some time and patience to sit down with this game and enjoy it. Don’t play it when you’re in a rush.

I should also note, for those concerned about these things, that there are no multitasking capabilities. You can pause the game, but it defeats the purpose since you’ll have to reload from the main menu again when you return. Thankfully, it doesn’t take long to get back to the game, so it’s only a minor nuisance. The other flaw to note is that you can only play in one orientation. So if you like to play with headphones, they might get in the way. However, both of these are supposed to be fixed in an update comic soon!

Other than that, I didn’t see any problems. The game auto saves, and all the touch controls are responsive. I never had to go tap-happy to try to get something to work. This is not often the case is point-and-click adventures, so I appreciated it.

Story: 3.5/5
The story is shown through cut scenes and is pretty vague. When they said “you won’t find any lengthy boring dialogs,” they weren’t kidding! There is no dialogue whatsoever, so all you can do is guess at what’s going on. It starts with your mysterious trench-coated man leaving his distraught family as they try to cling to him. JW3T76XJ933T He’s clutching in his hand a drawing from his child and some photos. It’s a dark opening scene, that is not explained, but fits the gloomy artwork of the game. Throughout the man’s travels, he’ll encounter photographs that will cause him great distress. However, none of this is really clear. Hopefully more will be understood in episode 2, as this is only the first episode of the game. 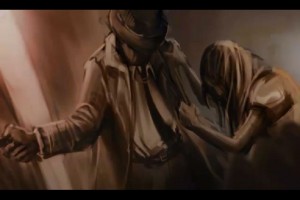 Graphics: 5/5
The graphics are the most impressive part of this game. Playing “the Passenger” is like walking into a painting. The drawings are appropriately eerie, with understated colors and a strange glow about them to add to the mysterious feeling of the game. It’s almost like traveling through a strange dream. 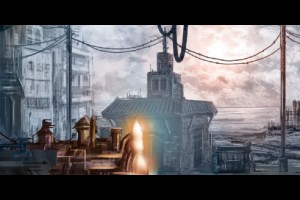 Besides the artwork itself, the animations are done well. Your character doesn’t always just move left and right, but sometimes up and down, revealing his front and back. This keeps it feeling smooth and lifelike instead of stiff. The glow coming from objects is also done well, visible without detracting from the mood. Overall, the graphics are top-notch. If you like unique art styles, you’ll what to the this one a try. 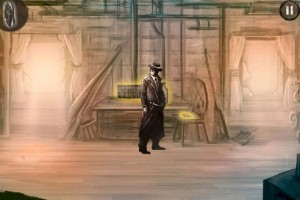 Audio: 4/5
The soundtrack of the Passenger is gloomy, maybe even depressing. But it fits the mood of the game, and keeps you involved. Try to play this game in a quiet room so you can be fully immersed.
The sound effects are occasionally lacking, but they do their job.

If you’re someone who likes to have some control over your sound, you’re in luck because the Passenger does have sound options. You can control the music and sound effects separately and set them to your taste to find the perfect balance.

Replay Value: 2/5
This is a fairly short game and only the first episode of a series. You likely won’t replay it again unless you love the artwork so much you just can’t get enough. But most point-and-click adventures don’t have much replay value, so this shouldn’t come as any surprise.

Conclusion: 3.5/5
The Passenger is a visually stunning adventure game that offers enough variety to make it stand out from other games in the genre. The biggest drawback is that it’s on the short side and ends abruptly. But this is only part of the story, so we’ll just have to see what the next installment brings. The artwork alone makes this game worth having, as long as you go in knowing that it’s not very long. If you’re looking for a point-and-click adventure game to get lost in for a little while, look no further. Board the train and start your strange journey through this mysterious and eerie world. 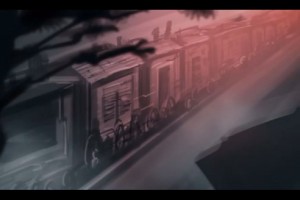