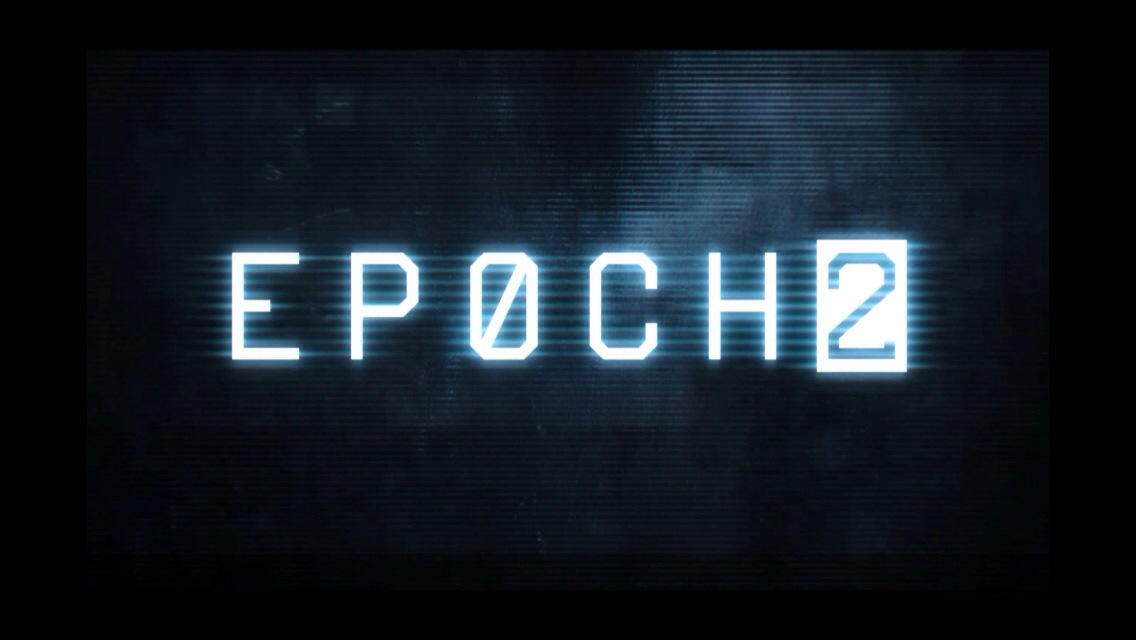 Back when EPOCH came out, we were completely blown away by the graphics and fast-paced gameplay. You can read that review here. If you liked EPOCH, you’re going to love EPOCH.2. It’s bigger and better in every way. Here’s the rundown.

**Slight spoiler alert: There are photos and info of some bosses.**

Gameplay: 5/5
EPOCH.2 is a cover shooting game like its predecessor. In case you’re not familiar with cover games, it means you have to hide behind objects (take cover) and defend yourself against enemy fire. This game includes all the basic controls of the first game, which you can read about here so as not to bog down this review with the same info. EPOCH.2 introduces some new moves, including one that allows you to leap onto one of your enemies and bash its circuits in. This is especially useful when your lasers aren’t cutting it. Some stages will even allow you to jump up and hang by your hand, then move left and right. This is crucial when grenades are about to explode on the ground, but leaves you vulnerable to attacks, so you must keep moving. 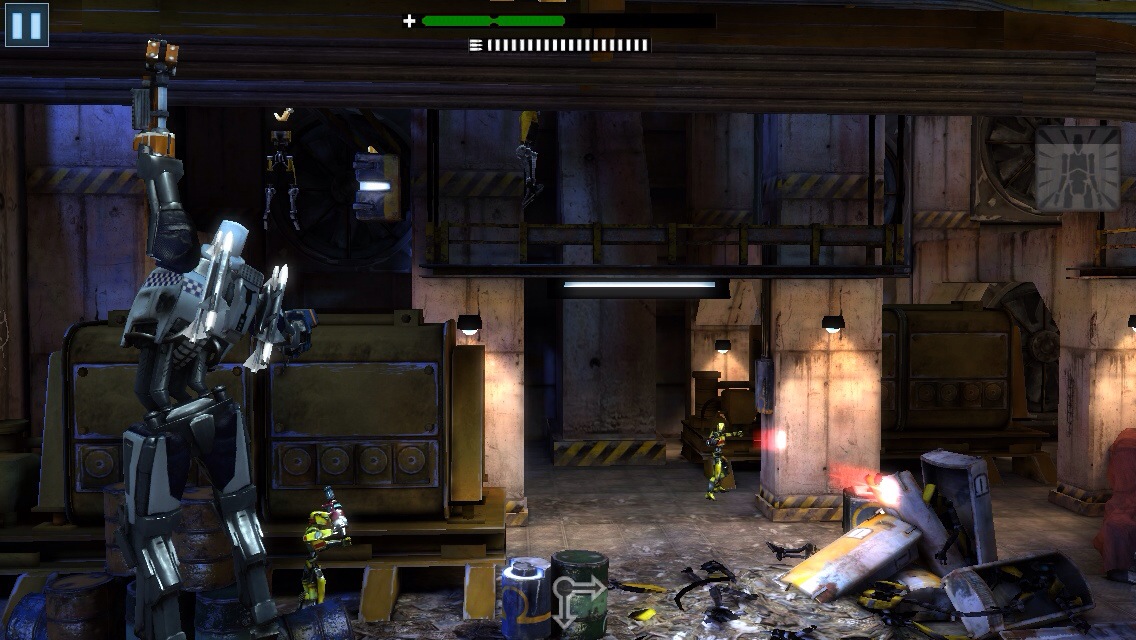 In addition to your gun, you’re armed with counters (usually grenades), missiles, and boosters. Boosters are special abilities that can either accelerate your robot, heal him, or even create a decoy! There is also an armor slot that can be upgraded for extra defense. 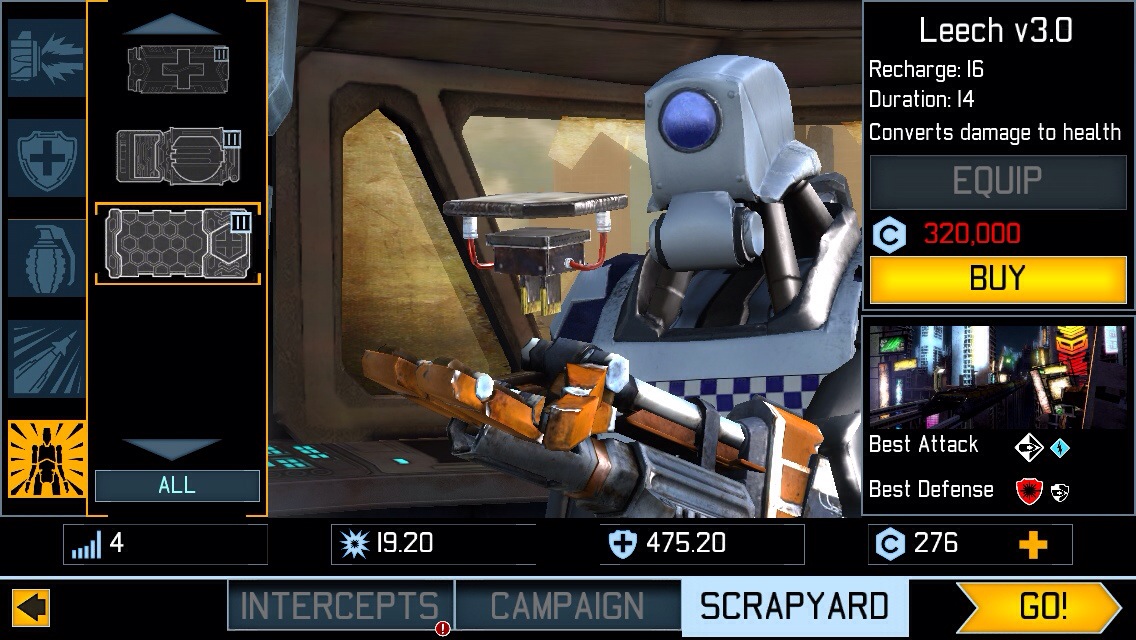 After each battle, you earn credits to use towards new equipment. Players of the original game may remember that you looted items after each battle. This was done away with in EPOCH.2, and replaced with a boost in credits. So you need to purchase all equipment upgrades. Early on, you should be able to buy at least one new piece of equipment after just 1-2 battles. If you want to earn credits faster, you can purchase permanent double credits for $1.99, which isn’t a bad deal. It definitely beats buying credits with IAPs (In-App Purchases), but that’s always an option for those with less time to grind. Personally, I wish we could still loot items, and perhaps upgrade the items themselves. I would love to see the RPG elements built upon to allow for even more variety.

Extra tip: If you have the original EPOCH, the game rewards you with a weapon, the O.G.R.E. Turret: 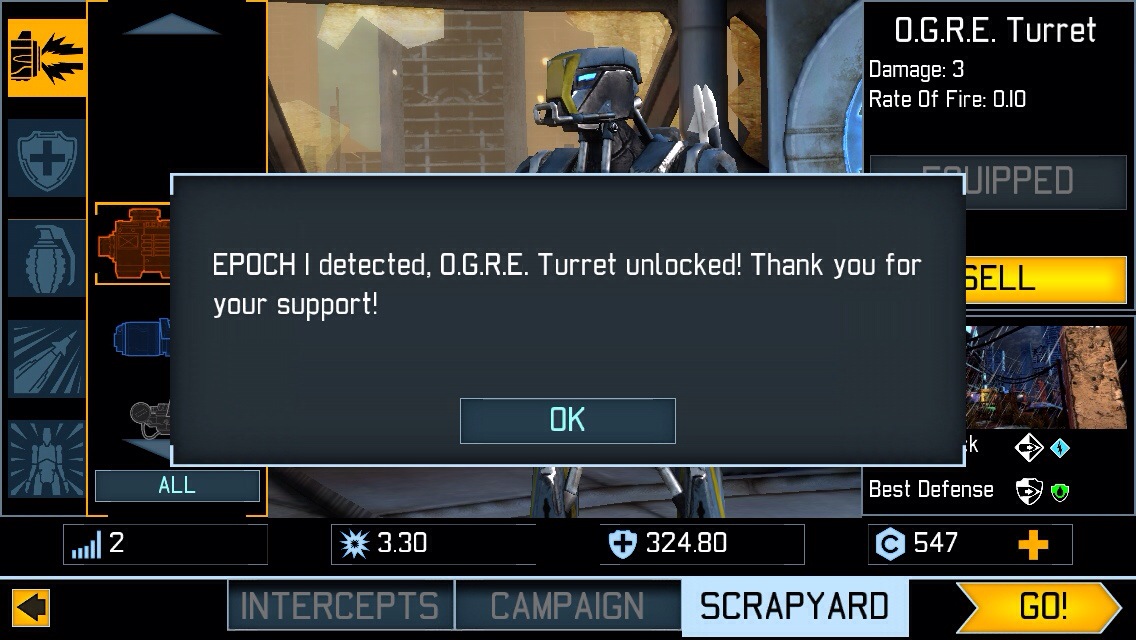 Each level can be replayed at any time to gain more experience and credits in case you’re having trouble progressing. This means more casual gamers can enjoy the game as well, without feeling frustrated if they can’t progress. This is useful, because the game can get quite challenging. The RPG elements allow players to progress at their own pace. There are also two extra modes for each location after you complete them. There’s a timed mode (Time Trial) and a hardcore mode (Iron Mode) with tougher, smarter enemies. This adds variety and challenge for those looking for it.

While EPOCH.2 does have a tutorial that eases you into the game, the first mission already introduces you to new enemies not seen in the original game, including flying machines and a boss that jumps up close for a melee attack. In the second act, you’re introduced to even more menacing bots, including zombie bots that rise from the broken parts of their fallen comrades and slowly walk towards you. 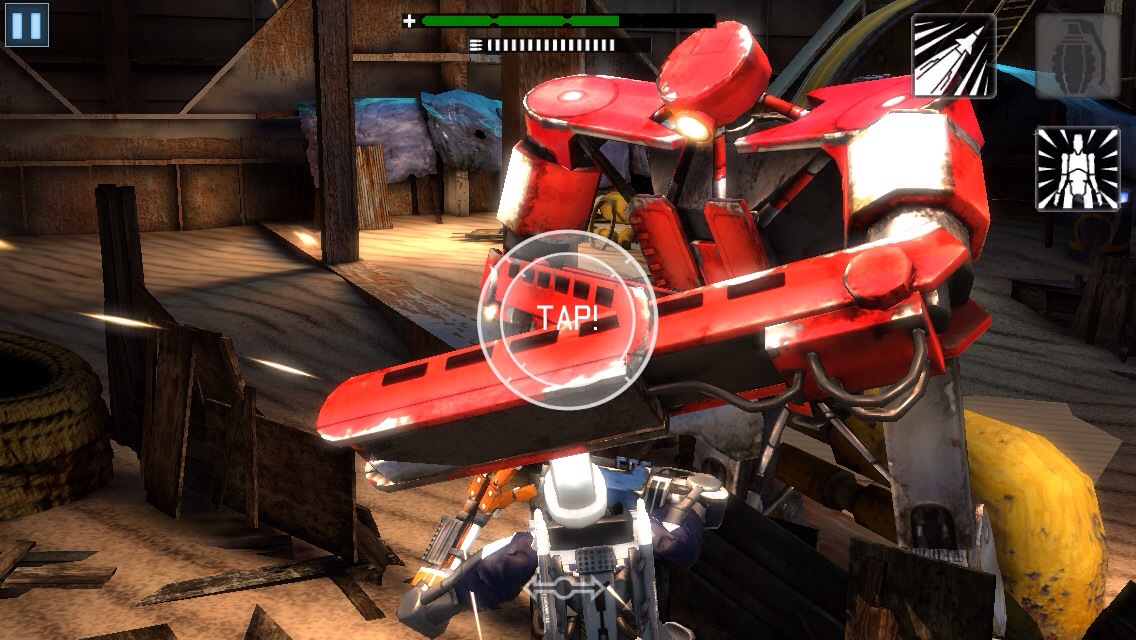 And this is just the first two spots on the map! You can’t play it safe in this game. You need to be fast, because some enemies will come right at you, whether you’re ducking or not. The new enemies are not just new skins of the old ones. They all have unique attacks that make the game quite a bit more challenging than the first one. Early on, you’ll even encounter a giant fire-breathing mechanical worm that burrows underground! EPOCH.2 really ups the ante. If you found the first game too challenging, you might need to give this one more time to progress. Especially since each level seems longer than in the original game. In fact, the stages are pretty long for a mobile game, but the fast-paced action already makes it a game you likely will play at home more than on the go. 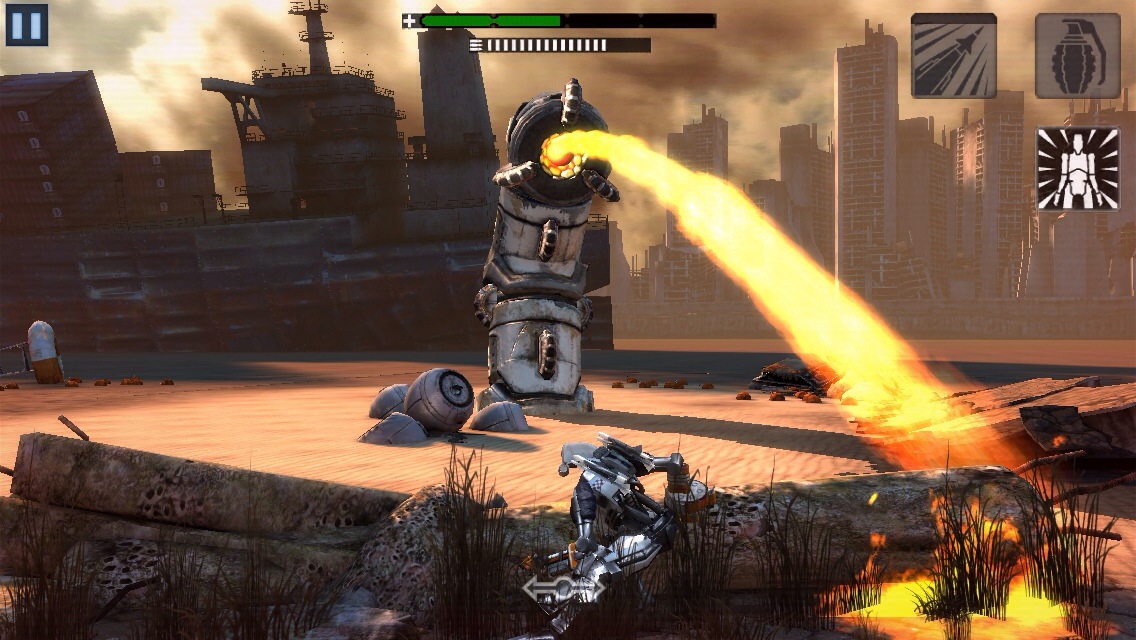 Story: 5/5
The game takes place is the same post-apocalyptic world as the original game, inhabited by warring robots. The story picks up where the other game left off. You find Princess Amelia, who’s cryogenically frozen, and communicate with her through a hologram. She gives you instructions to collect items for her. The story unfolds through bits and pieces of data, called intercepts, that you uncover after each battle. It works like the original game, with pieces you find saved in your menu for easy access at any time. You can read them when you pick them up, or later when you’ve collected more of them. This system worked well the first time around, and continues to work. For those who wanted more dialogue, Princess Amelia has over 20 minutes of voice acted cut-scenes, featuring motion capture and performance captured facial animation. 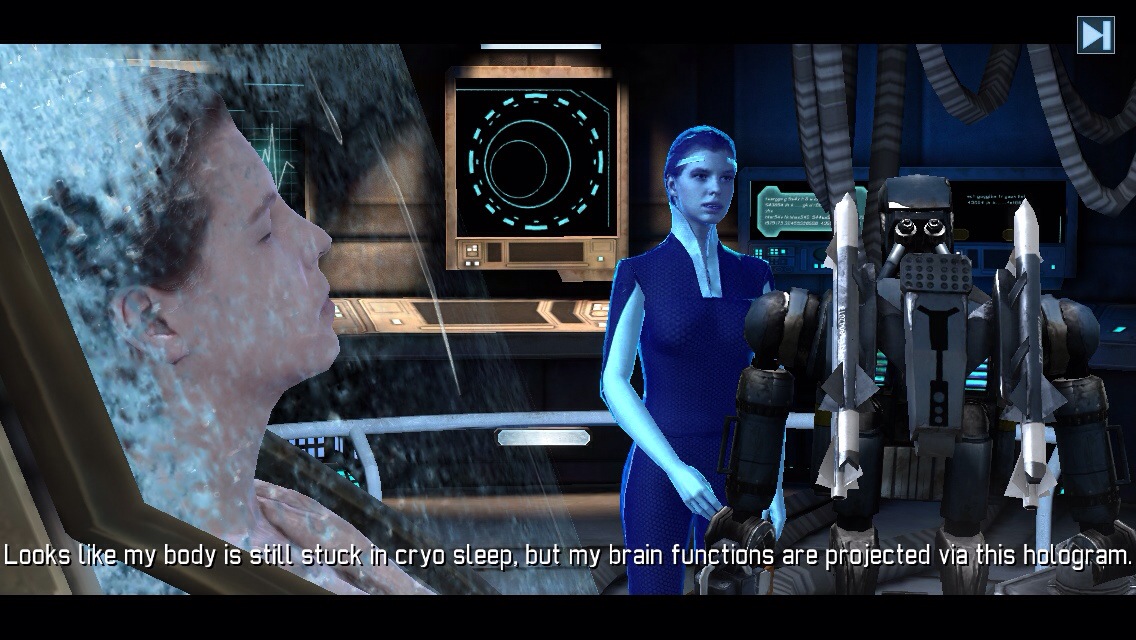 Graphics: 5/5
EPOCH.2 was made with the same Unreal Engine 3 as the gorgeous Infinity Blade 3. Already in the first battle, we get to see a new type of location — a moving train. This means the scenery changes while you’re battling and you see the city go past you. There’s quite a lot of variety if you pay attention. And, while EPOCH was already gorgeous and groundbreaking in its graphics, everything looks sharper and runs smoother in EPOCH 2, despite there being more going on at any given moment. 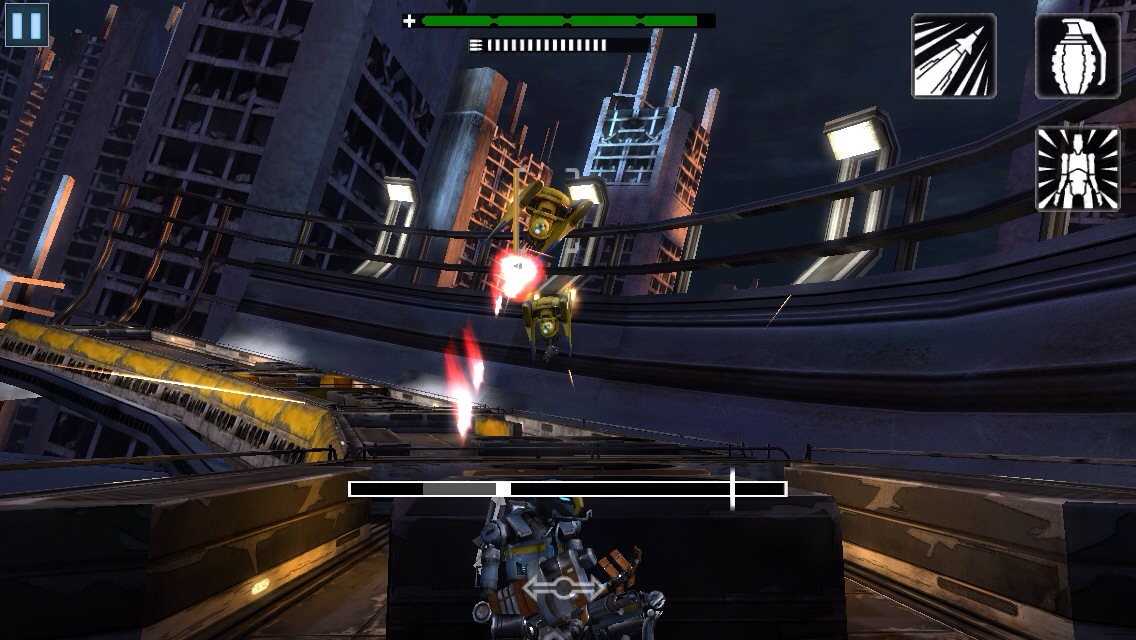 The improved graphics and animations didn’t slow down my iPhone 5 in the least bit. The game is on-rails, so you can’t walk around and explore this world. But you’ll still get to see quite a bit of it if you pay attention. The new robots look as good as they are menacing. The mid-battle animations don’t slow the game down either (at least not on my iPhone 5). Gameplay is very smooth. I have yet to experience any lag or crashing. 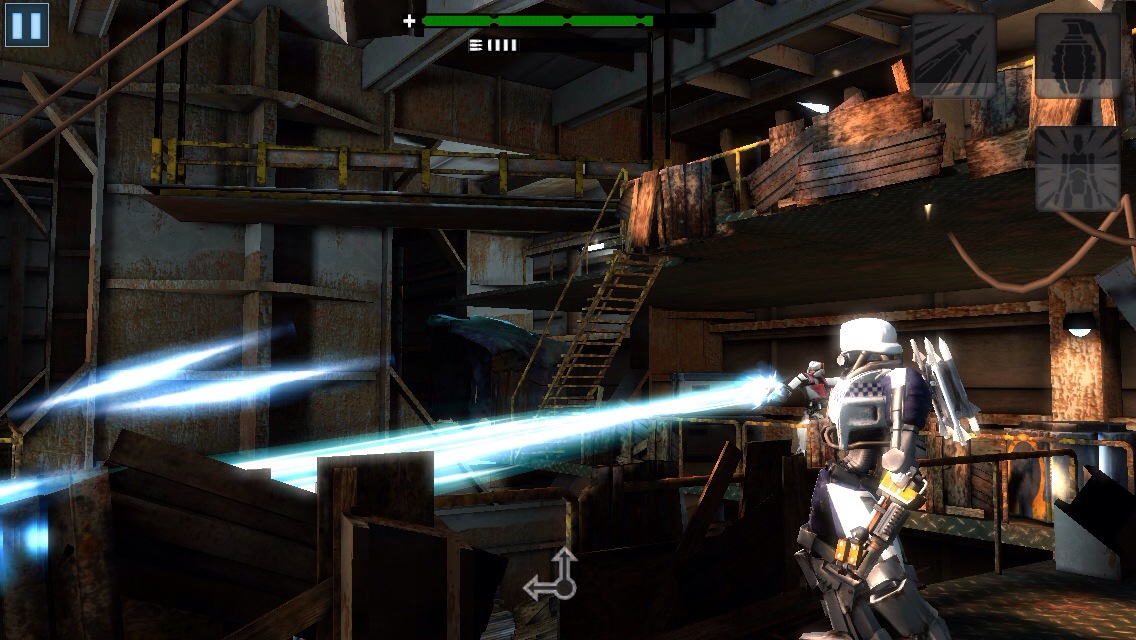 In addition to all this, every piece of equipment that you wear changes your appearance, some more drastically than others. This is a nice touch that’s built upon from the original game and taken even further. 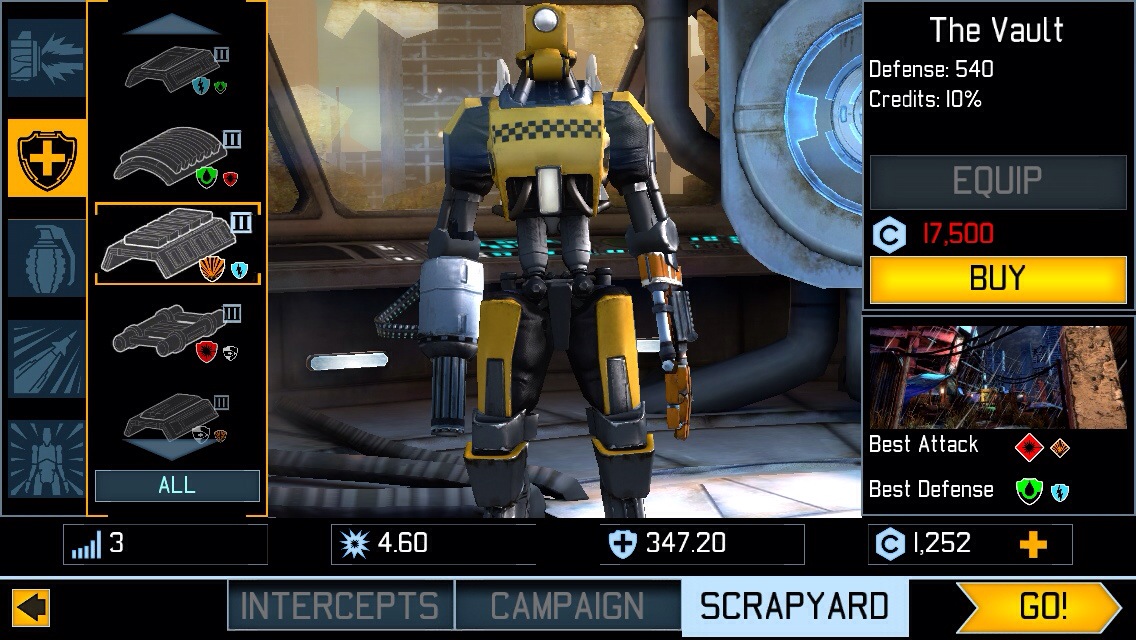 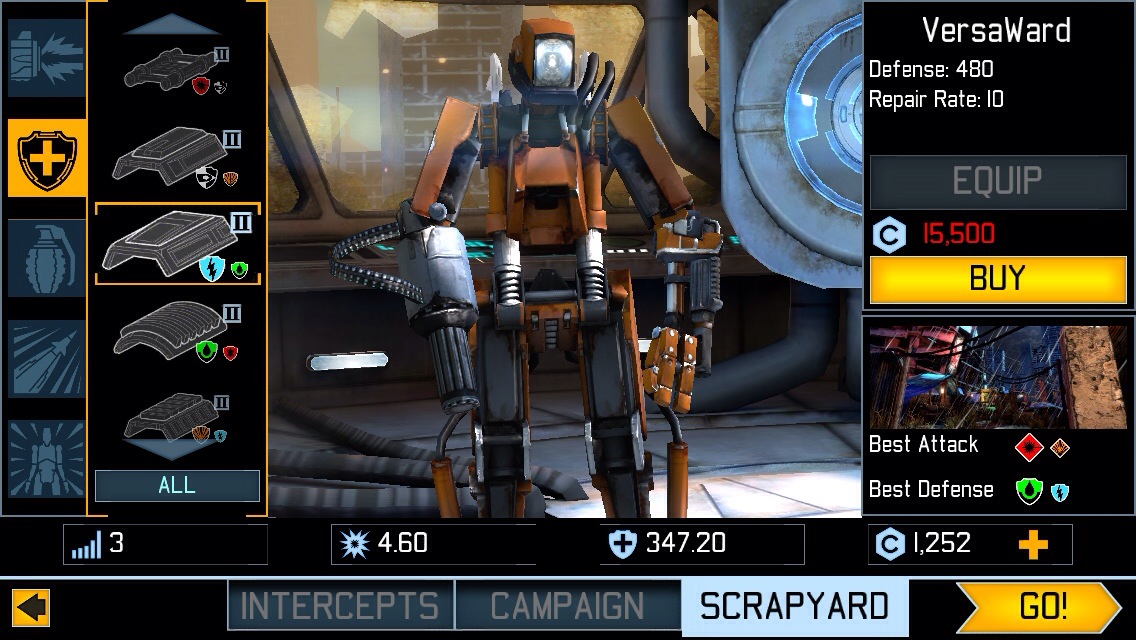 Audio: 5/5
The music in EPOCH.2 is pretty much the same as in EPOCH. I don’t mind this one bit, as it works perfectly. It’s haunting but futuristic, reflecting the doom-and-gloom atmosphere of the game without being distracting.
The sound effects are top-notch, and many of them work with the animations to warn you of an enemy attack. A grenade will beep before it goes off, while a blaster makes its own distinct noise. You need to keep both eyes and ears open to truly master this game.

If, for whatever reason, you want to shut either the sound or the music, you can control each separately.

Replay Value: 5/5
While the original game consisted of only ten areas at launch, this one has sixteen locations. More casual players may find themselves replaying the first few areas over in order to earn more experience and credits, while hardcore players can test their skills on Time Trials and Iron Mode. There are quite a few GameCenter achievements to give you something to strive for. There is also the incentive to find all the intercepts to complete the story, and perhaps purchase bigger and badder weapons to lay waste to this already war-torn world. The RPG elements offer quite a bit of room for trying out different play styles, which itself gives you a reason to keep playing. 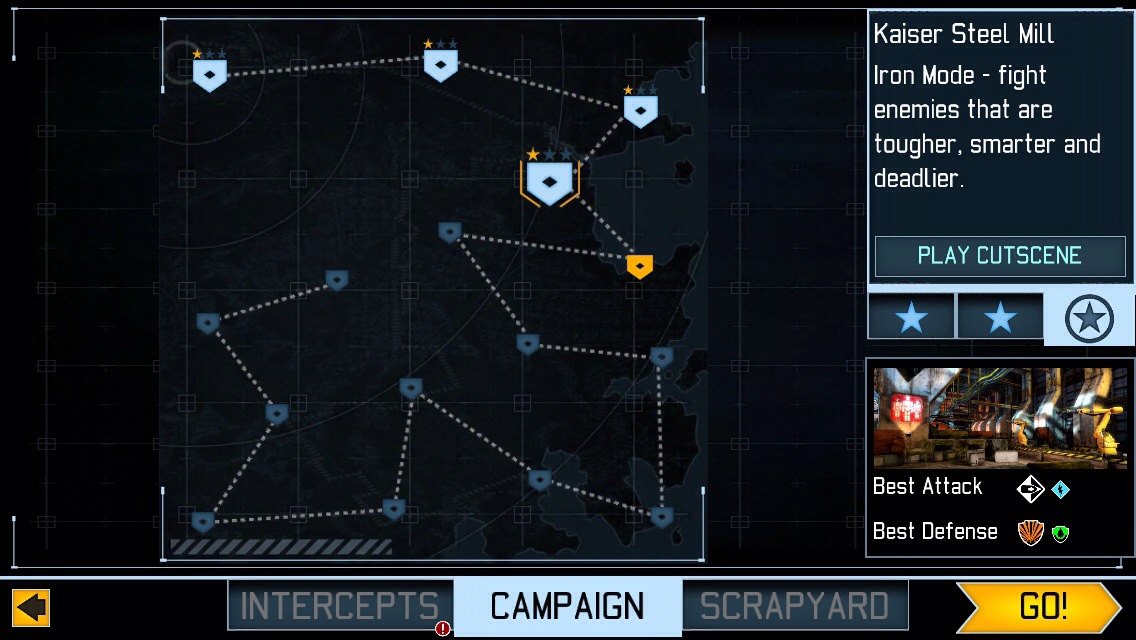 Conclusion: 5/5
If you liked EPOCH and and wanted a bigger challenge, you should definitely buy EPOCH.2, no questions asked. The game is an entirely new experience, with much more variety than the original. If you enjoyed EPOCH but struggled to complete the game, you may need to take into consideration your own level of patience. The game gets harder much faster than the original did. If you don’t mind that, go ahead and buy it. If anything, the game will last you a good while as you strive to master it. The price tag is quite low for such a high quality game and well worth it. The only thing I would really like to see in the future is more equipment options and perhaps the ability to upgrade items as you progress. Also, some shorter, bite-sized levels would be welcome for when one only has a few minutes to spare. But even without that, this is a near-perfect game for any fans of the genre. Download EPOCH.2 here.
[DKB url=”https://www.appunwrapper.com/Epoch2″ text=”Download on iTunes” title=”” type=”” style=”” color=”green” width=”” opennewwindow=”” nofollow=””] 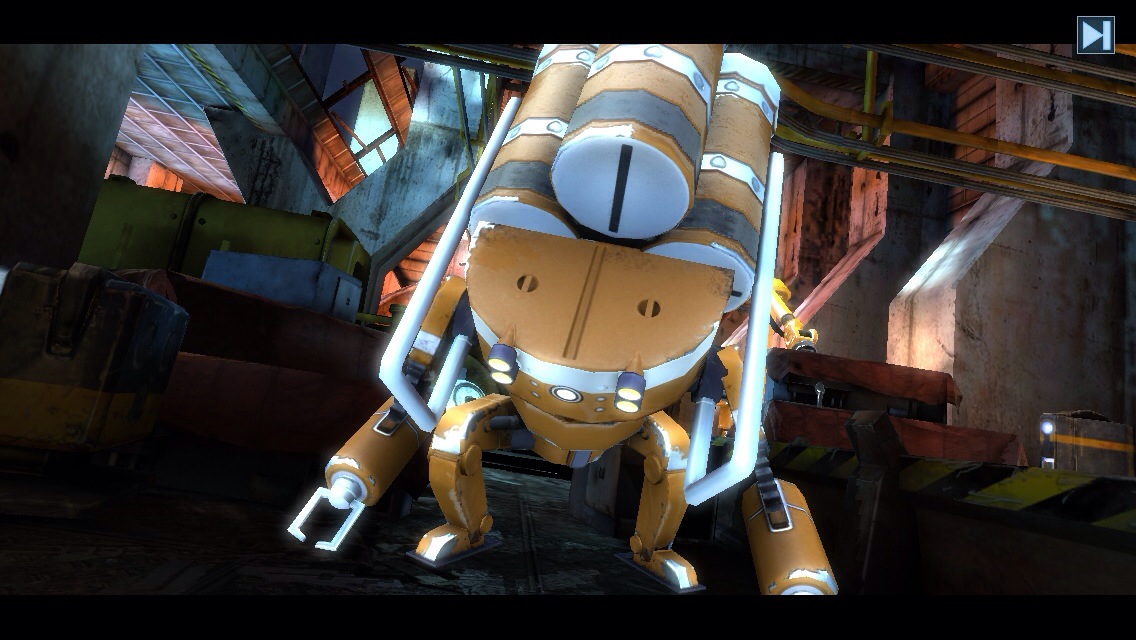