In Fear I Trust
By: Chillingo 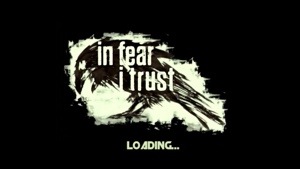 Anyone who’s frequented my website knows by now that I’m a big fan of adventure point-and-click games and room escape games that incorporate finding objects and solving puzzles. I’m especially fond of such games that have a creepy atmosphere and story. So it would make sense that Chillingo’s “In Fear I Trust” would catch my attention. The question is, does it live up to its name and the hype (it’s an App Store Editor’s Choice at the moment)?

First, the controls. I know many complain about the controls, but I really didn’t mind them. Maybe I just have a higher tolerance for pain? The main controls are dual joysticks. One is used to move and the other is used to look around. You can also double-tap the ground to move to a spot and swipe the screen to look around. Both control schemes can be used in conjunction, or you can turn one of them off under settings. I preferred to have both for extra flexibility. My only complaint is that the dual sticks don’t disappear when you take your fingers off the screen. They’re transparent, but still cover quite a big chunk of the screen on my iPhone 5. As for movement — yes, you move slowly, but no room is big enough for it to matter. This was a non-issue for me. In addition to the dual sticks, you access your inventory by swiping both thumbs up and get rid of it by swiping both thumbs back down. You can also examine each item, pinching and dragging to enlarge and rotate it. I found the control scheme worked fairly well, but I wouldn’t mind some tweaks. 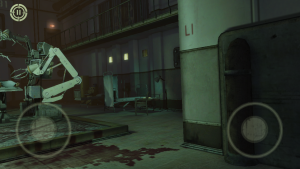 Now for graphics. Everything is done in 3D using Unreal Engine. These are not quite Infinity Blade 3 graphics, but it’s also a free-roam game, so it can be forgiven. The graphics are certainly good enough, especially since the game is mostly dark and dreary, so you won’t really notice if something isn’t sharp as a razor. The cutscenes are much more impressive, and some are downright creepy. The ghostly apparitions you happen upon are a nice touch, too. Overall, the graphics do their job nicely. I don’t have any complaints. There’s even a cool feature that makes the room tilt if you tilt your phone. It took me a bit to realize I was causing it, and then I became a big fan. It also means you might not want to play the game on your side in bed. 😉 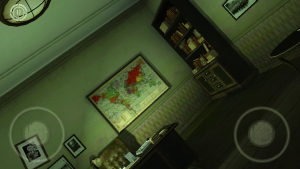 The puzzles. Ah, the puzzles. This is where the game has some hits and misses. Those familiar with point-and-click adventure games are used to finding items to add to the inventory bag and looking for clues to solve puzzles. One aspect I really like about “In Fear I Trust” is what the game calls “Retrospective Vision” (RV). This is like a sixth sense that lets you see things that are not visible in plain sight. To use RV, you swipe both thumbs outwards at the same time. There is a time limit on how long you can use RV before you get tired (your character will start breathing heavy to show he needs to catch his breath) so you don’t want to keep it on more than you need to. RV is crucial to the game, so you want to get used to using it right away or you’ll miss a lot of items and clues. You can only “see” voice recordings in RV mode, which you walk into to pick them up. Many puzzles have hidden clues on them that you can only see with RV mode. You can also see some apparitions with it. It’s really a great concept, and it’s utilized pretty well. But there are other aspects of the puzzles that I’m not a big fan of. In what seems to be inspired by Fireproof Game’s “The Room,” you tap on a puzzle (whether it be a simple key lock or a more complicated vault door) and the items you need are highlighted for you. If you don’t have those items, it will show the silhouette, so you know what you need to look for. Casual players may appreciate this, but longtime point-and-click fans may miss the old school inventory bag where you need to use logic (or trial and error) to figure out which items to use. This game removes this aspect completely, because it only shows you the items that are needed for each puzzle. I felt cheated. Especially when often the puzzle is simply placing a key into a lock and turning it. At least make me figure out which key I need? Still, there are some pretty good puzzles in the game. Some are easier (even too easy) than others, and some require a bit more thought and effort. Others could also use more helpful clues. I hope future episodes incorporate more complex puzzles that are logical. 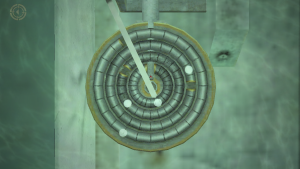 Last but not least, I have to mention the audio. Aside from a few weird spots where music will just stop randomly or sounds won’t fit quite right, the soundtrack is superb. The music, the sound effects, and especially the voice acting, create the perfect atmosphere for a psychological thriller. As the game suggests, I highly recommend playing with headphones, especially if you have any noise around you while playing. I don’t know who they hired for the voice acting, but each and every one is believable and downright creepy. There’s one that makes me picture Sylar from the TV show “Heroes,” in a good way. I cannot stress enough how amazing the audio is in this game. It also adds quite a bit to the story’s unfolding (which is also told through found diaries, newspaper clippings, and other notes, as well as cutscenes). If this is something that matters to you, you definitely want to give it a try. 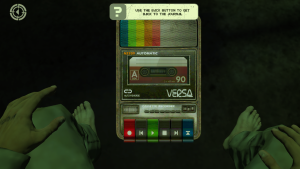 Now, as much as I enjoyed this game, it is riddled with bugs at the moment. Some are game-breaking, forcing you to start over from scratch. I started over three times before I decided to use iFunbox to make manual backups. This worked nicely, and I was able to complete the game. Obviously, a game shouldn’t require this much effort to get through it. But it is a great game, and if you’re willing to use iFunbox to avoid much frustration, I can recommend buying it. If you’re not willing to go through that kind of effort, I suggest waiting until the next update is released with some bug fixes. The developers are also adding three more episodes for free (there are currently two), so it’s definitely worth the $2.99 once the game-breaking bugs are fixed. 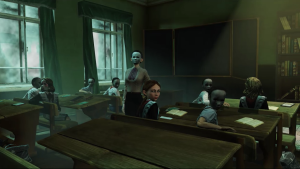 One last thing to keep in mind is that the game takes up 2.4GB. The only game bigger than this on my iPhone is Infinity Blade 3. The good news is, if you use iFunbox to back up your progress, you can delete the game until the next episodes are released, so you don’t waste space for nothing.

If you think this all sounds good, go ahead and download the game here or click the green “Download” button. [DKB url=”https://www.appunwrapper.com/InFear” text=”Download” title=”” type=”” style=”” color=”green” width=”” opennewwindow=”” nofollow=””]

If you need help, you can find our walkthrough here and our guide on using iFunbox backups here.