Tales of the Sanctuary: Chapter 1
By: Globsis LLC 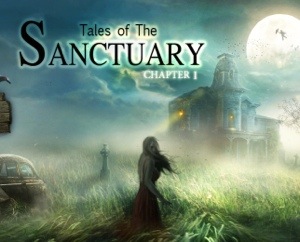 1. Pick up the batteries from the window sill.

2. Pick up the knife and flashlight from the dirt.

3. Use the knife to cut down the hook from the rope.

5. Attach the hook to the stick.

6. Pick up the can of soda and take the key from inside.

7. Put the batteries in the flashlight.

8. Tap the hole in the ground. Use the flashlight to see down there. Use the hook on a stick to get the crowbar.

9. Use the crowbar to remove the planks over the door.

11. In the next room (The Haunted Hall), pick up a map piece from the chair.

12. Open the box on the table and take the key. Use it to unlock the door.

13. Solve the hidden object puzzle until you get the lighter.

14. You’ll be back in the Haunted Hall, but now have a ladder at your disposal.

15. Put the ladder over the grandfather clock and go Upstairs.

16. Open up the medicine cabinet to heal your spider bite wounds.

17. Go through the door. You’ll automatically use the lighter, causing a fire to start. You need to find the key to the window and use it before the time runs out. You can retry if you fail, but the key will move each time. 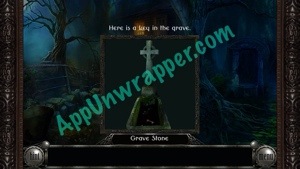 19. Open the door and enter the Old TV Room. There’s a crystal ball with a note. This will let you teleport to a few different places. The first one is a basement.

20. In the basement, solve the hidden object puzzle to get a map piece.

21. Solve the bathroom hidden object puzzle to get another puzzle piece.

22. Solve the hidden object puzzle in the child’s room and get another puzzle piece.

24. Place the electrical adapter on the TV.

25. Pick up the teddy bear and the cable. Use the cable on the TV. 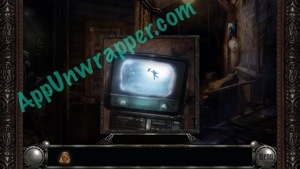 27. Use the key to open the door. Now you’re at the Cartographer. Pick up this clue: 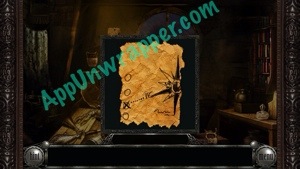 28. Tap on the robot so you know to look for the umbrella. 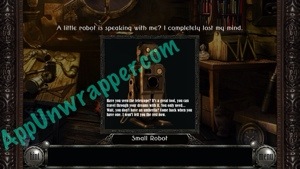 29. Find the umbrella near the lower left corner of the room and tap on the robot again. Take the gem from his chest and he’ll tell you to use the telescope. 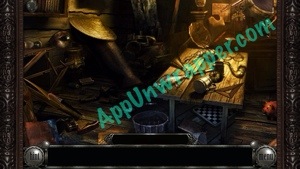 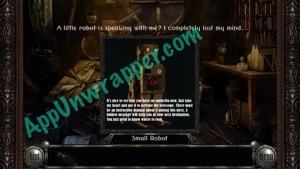 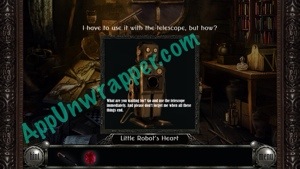 30. Tap on the telescope. This is another timed puzzle. Using the clue we found before, solve the Riddle in the Attic. Put the gem in the slot on the left, second from the bottom. You’ll be shown a wintry scene.

31. You’re on a time again. You need to find the message in a bottle. It’s among the long grass (sedges). It’s telling you to go to the park.

32. Tap on the dog and he’ll lead you to the park, or Garden of Memories.

33. Tap on the top of the slide. There’s a kid there. Give him the stuffed bear. He wants candy, too, though.

34. Talk to the old man on the bench. He’ll ask you to find his glasses for him in the backyard.

35. Tap on the dog and he’ll take you to The Eternal Resting Place. Pick up the shovel and use it on the grave. This is another hidden object puzzle. Complete it to get the glasses.

36. Now you go Back to the Garden. Give the glasses to the old man and he’ll give you some money.

37. Use the money to buy candy and give it to the boy on the slide. He’ll give you a lighthouse ticket.

39. Tap on the Mechanism in middle of the room and take the key.

40. Look at the stars on the ceiling for a clue. 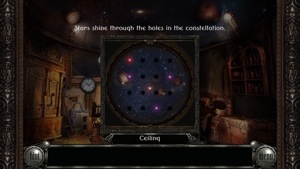 41. Use the key to open the large chest in the room. Solve the hidden object puzzle, The Dilemma of Symbols. Find all the symbols so you can solve the next puzzle.

42. Tap on the Mechanism. This is another timed puzzle, The Red King. Place the cross, the triangle, and then the star in their slots before the timer runs out. 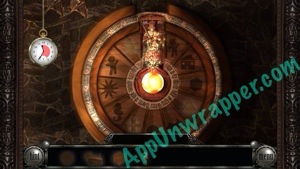 43. Next you’ll visit the Mysterious Island. Solve the hidden object puzzle to go to the Lighthouse.

44. Solve the Lighthouse hidden object puzzle to get a key (on the window sill).

Now you went and opened a gate to Hell! To be continued… 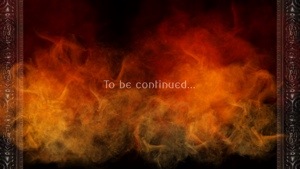 If you liked this game, try these other adventure and room escape games, including “In Fear I Trust,” “The Magic Castle” and “Cabin Escape: Alice’s Story.”

Christmas and Holiday 2019 iPhone and iPad Games Sales and Freebies