“The Inner World,” by Headup Games and Studio Fizbin, got a huge update to fix some earlier problems and is currently on sale for only 99 cents. I finally got around to playing it, and definitely recommend it to any fans of old-school point-and-click adventure games.

The game starts off with you controlling Robert, a young Asposian from the land of Asposia, which relies on wind power. Robert is different from other Asposians he’s met because he has holes in his nose that enable him to play it like a flute. As the story unfolds, Robert will discover why he’s different, and so important, for the future of Asposia. 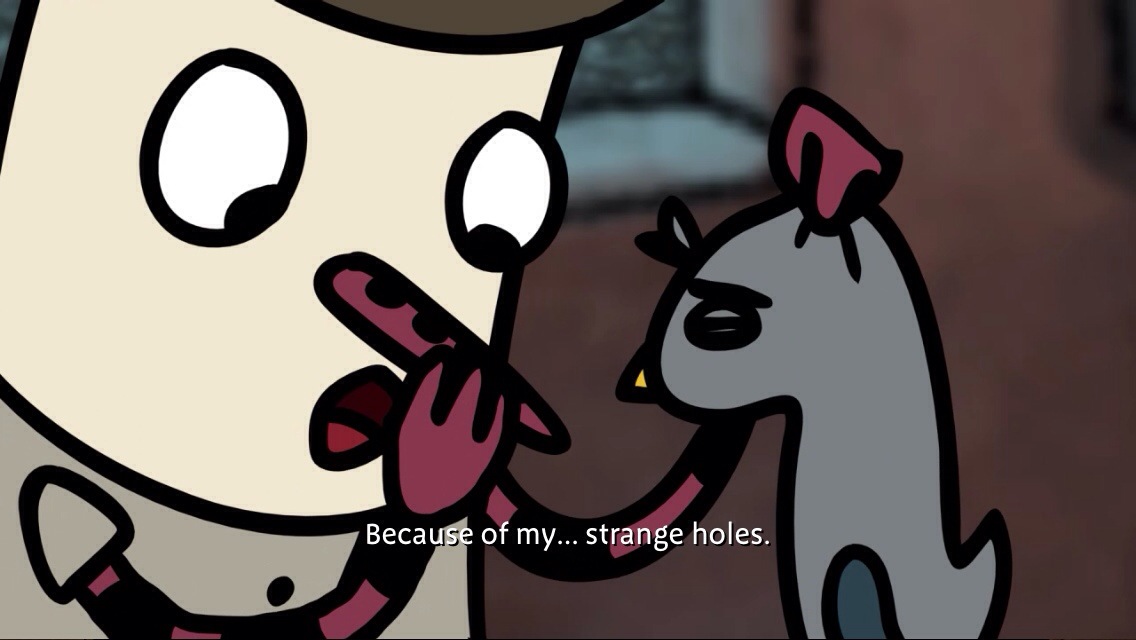 Early on in the game, you will learn about the Basylians (inspired by the mythical creature the Basilisk?). The Basylians are dragon-like creatures who petrify people, or turn them to stone. But instead of slaying the monsters, the remaining people of Asposia worship them as gods, in the hopes that they’ll spare them as long as they don’t sin. They do all this on the recommendation of Conroy, an abbot. I appreciated all the jabs the game makes at many practices of organized religion, including but not limited to the confession booth.

I don’t want to spoil too much of the story for you, so I’ll stop there. But the game is loaded with puzzles, cut scenes, and all sorts of unique and entertaining characters. The voice acting for the characters are top-notch and make it worth taking in the game at its intended pace, without fast-forwarding through any of the dialogue. Even the villain of the game sounds to me like a Disney villain. You can tell a lot of love went into this game. 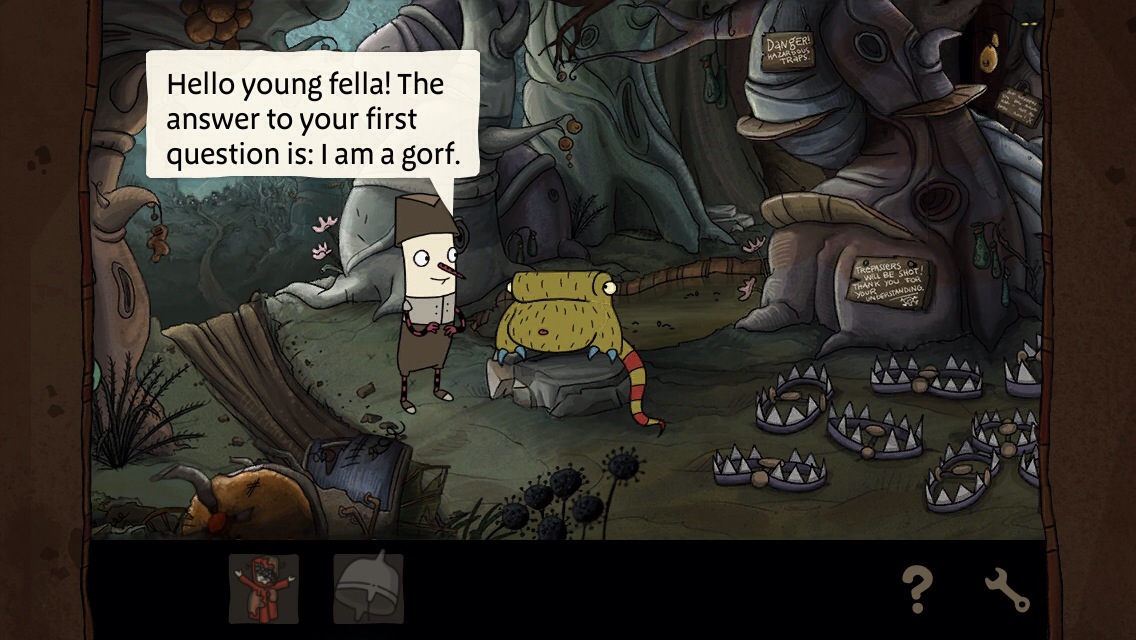 While the game does occasionally move into darker territory with the Basylians, it’s mostly light-hearted and charming. You’ll encounter a thieving pigeon, a poisonous swamp monster (or two), and the fluffy tumble mice that I wish were real. Robert himself is simply adorable, but not in an annoying way. This makes the game both adult- and kid-friendly, although some jokes will (hopefully) go over kids’ heads. 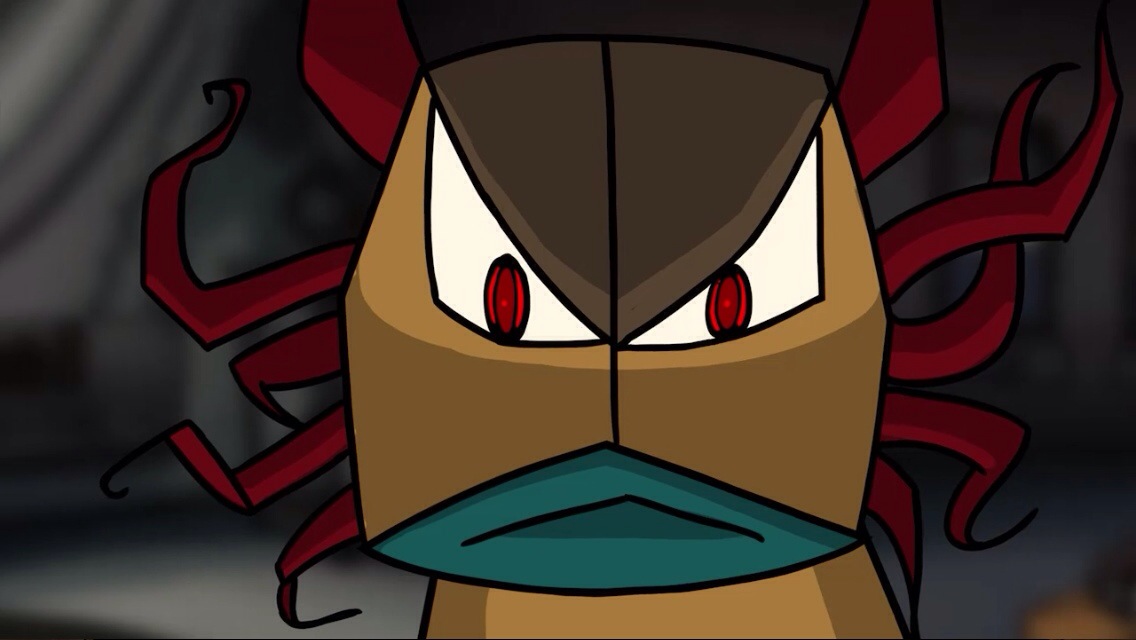 I found the puzzles struck a good balance between logic and trial-and-error. The game is most enjoyable if you simply take your time and try to sort things out on your own. But if you do get stuck, the game has a great hint system that nudges you ever so slightly. There’s no nonsense about waiting for hints or buying them. But the game does want you to try to figure it out on your own, so it will only give you a tiny bit of information at a time. I really liked this, because sometimes I just needed a small nudge in the right direction, and was glad the game didn’t just give me the whole solution. 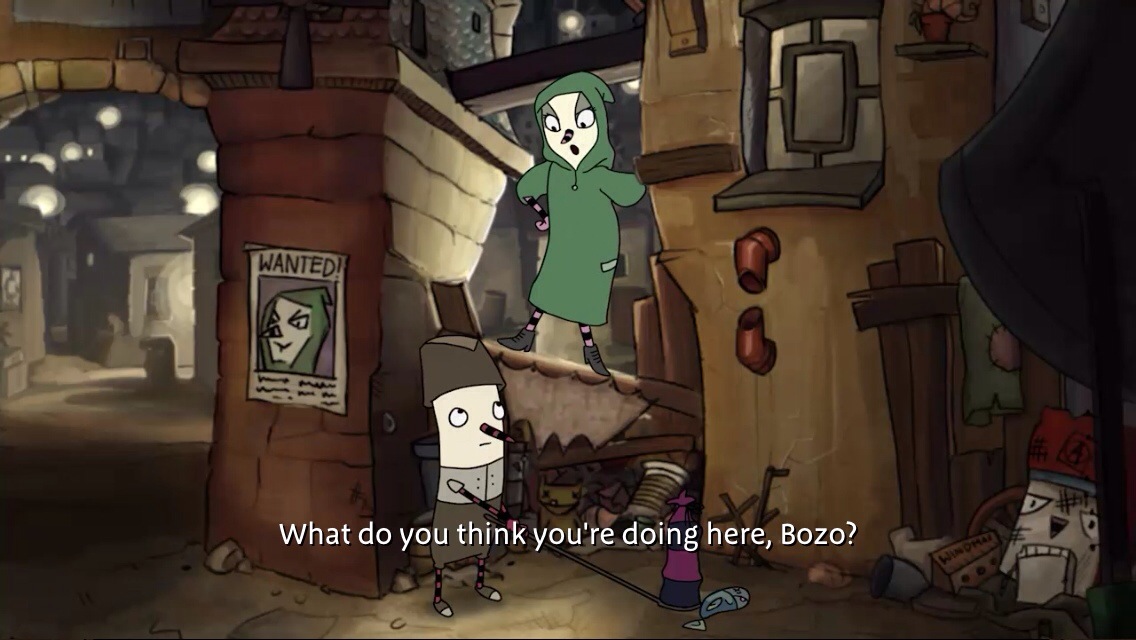 The game also auto-saves after just about every move you make, so you never have to worry about losing your progress.

There are also plenty of GameCenter achievements to unlock, some of which are hidden and may involve doing something that’s not necessary for completing the game, but will offer some extra entertainment in the form of dialogue. 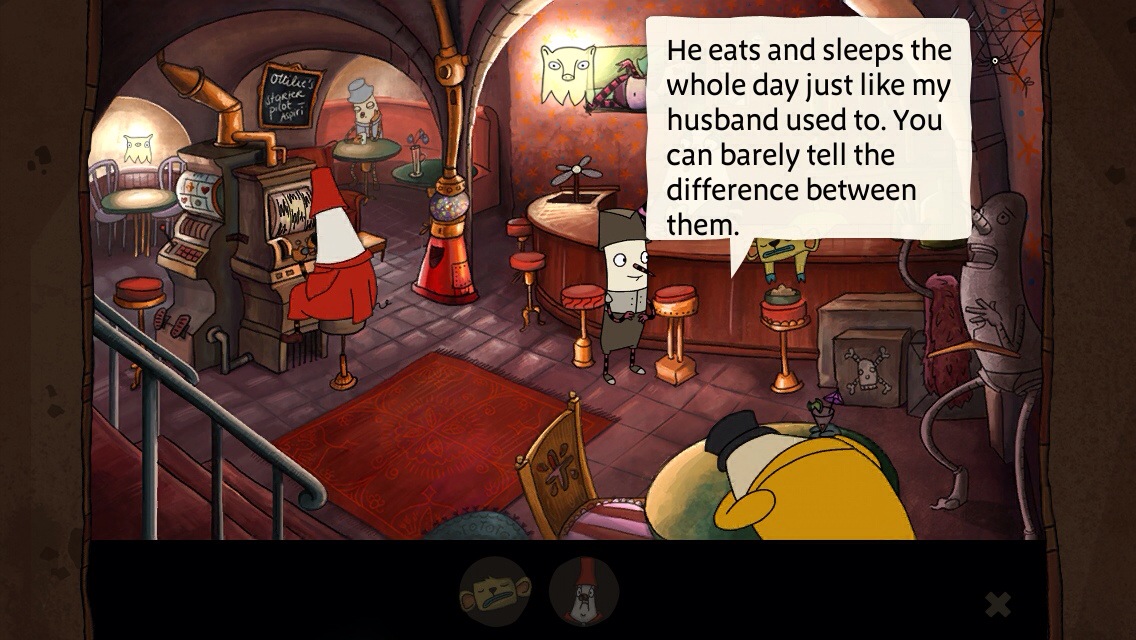 The only problem I had with “The Inner World” was a minor one. Occasionally I’d try to talk to one character or activate one object, but the game thought I was interacting with something else. It’s not a big deal, though, and usually trying it again or walking closer to the object made it work as intended. It really is a minor issue and shouldn’t diminish your enjoyment of the game. I just thought I should mention it, since I did encounter the issue a number of times. 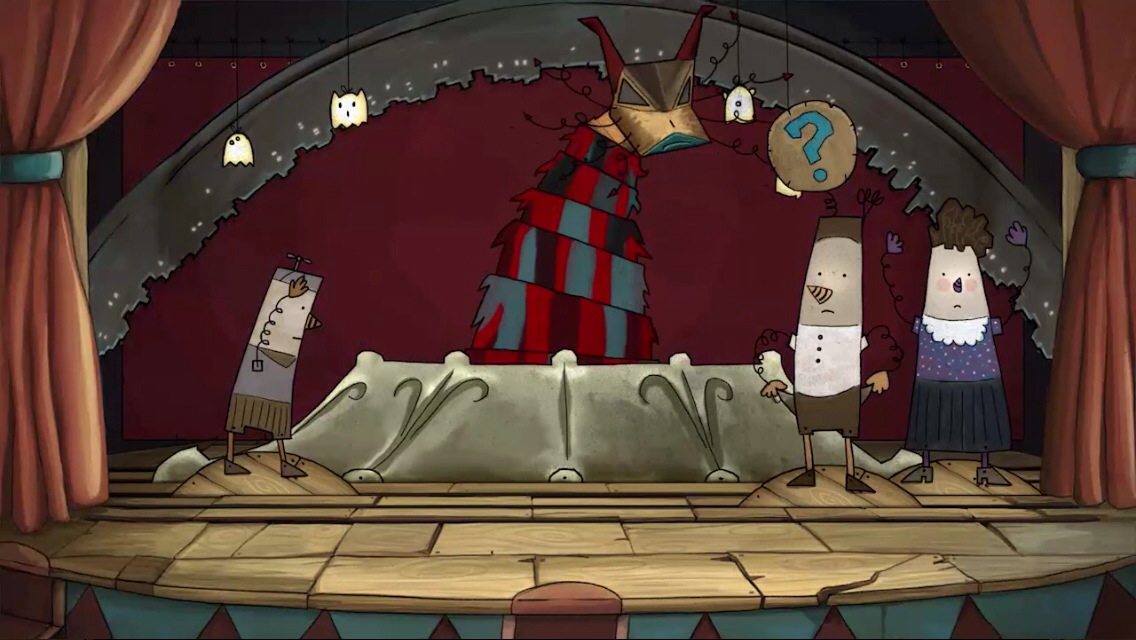 Overall, “The Inner World” is a solid point-and-click adventure that should satisfy any fans of the genre. It’s a long game and definitely worth the asking price, even if it wasn’t on sale (it normally costs $4.99, but is currently only $0.99). I would recommend it to fans of games like Broken Sword or the Hector trilogy. So what are you waiting for? Download it here. [DKB url=”https://www.appunwrapper.com/InnerWorld” text=”Download” title=”” type=”” style=”” color=”green” width=”” opennewwindow=”” nofollow=””]