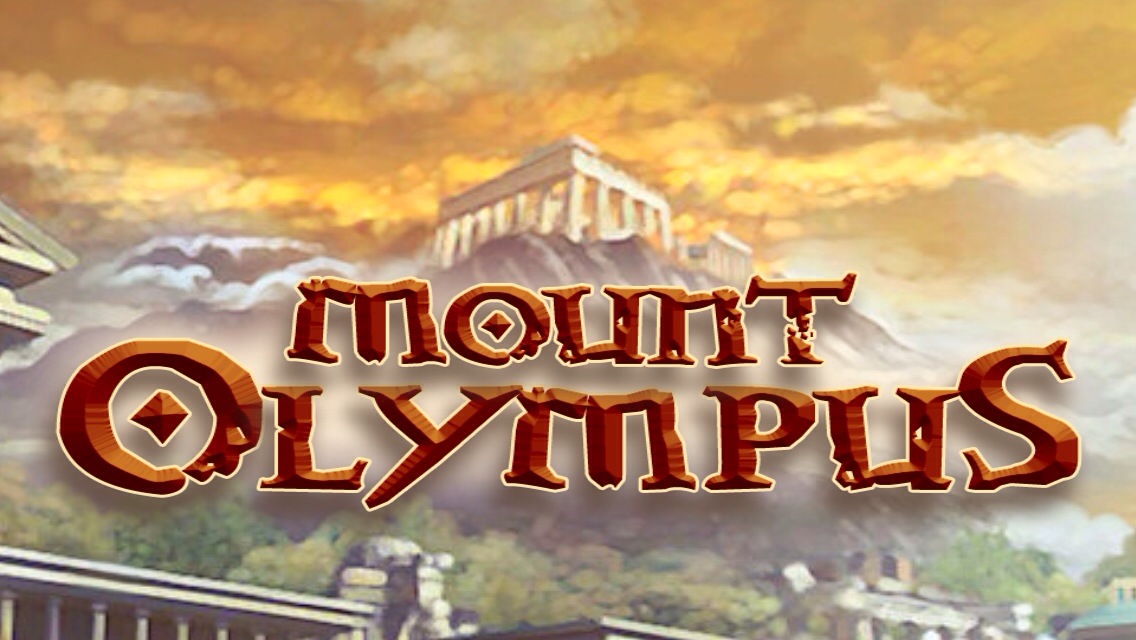 As a big fan of adventure games, I’m always thrilled to hear when another one is being released on mobile devices, especially when it’s by a trusted developer. If you’ve played “Tesla’s Electric Mist“, you’re already familiar with iCOOLgeeks’ work and have likely been waiting for a new title from them. Well, you’re in luck! “Mount Olympus” is here and it delivers on the same great exploration and puzzle aspects that you’re used to. 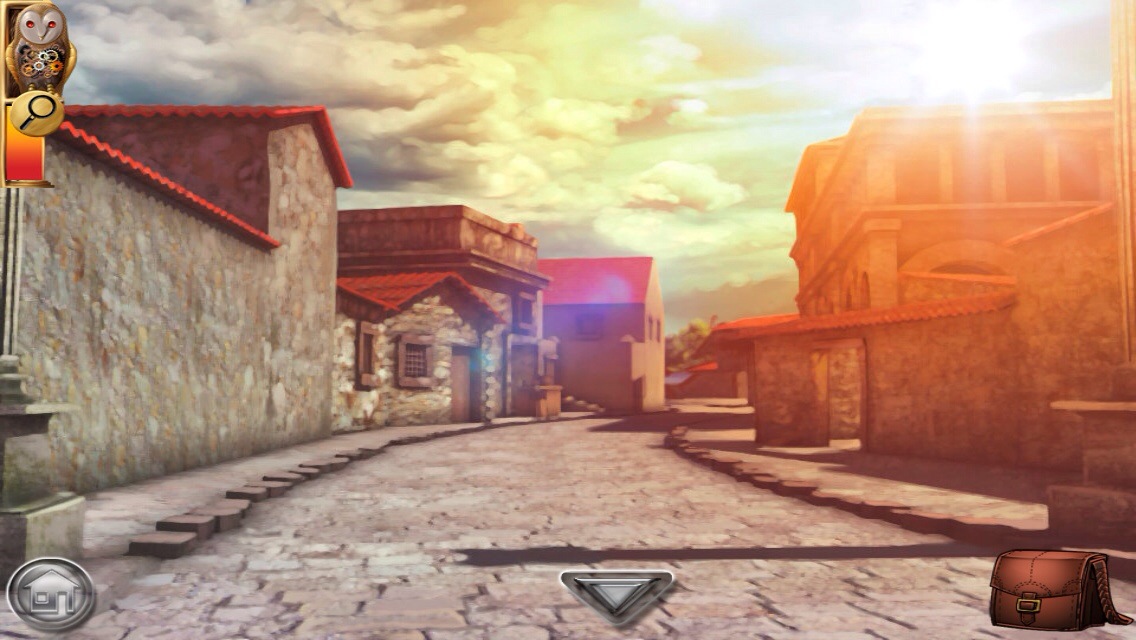 In “Mount Olympus,” you are exploring areas that resemble Ancient Greek and Roman cities. You are alone here, except for the one guard who gives you some idea of what’s going on. You chat with him every time you start a new chapter, but otherwise you’re a solitary traveller. Your job is to find objects and clues and use them to solve puzzles, eventually opening a large door at the end of each chapter. 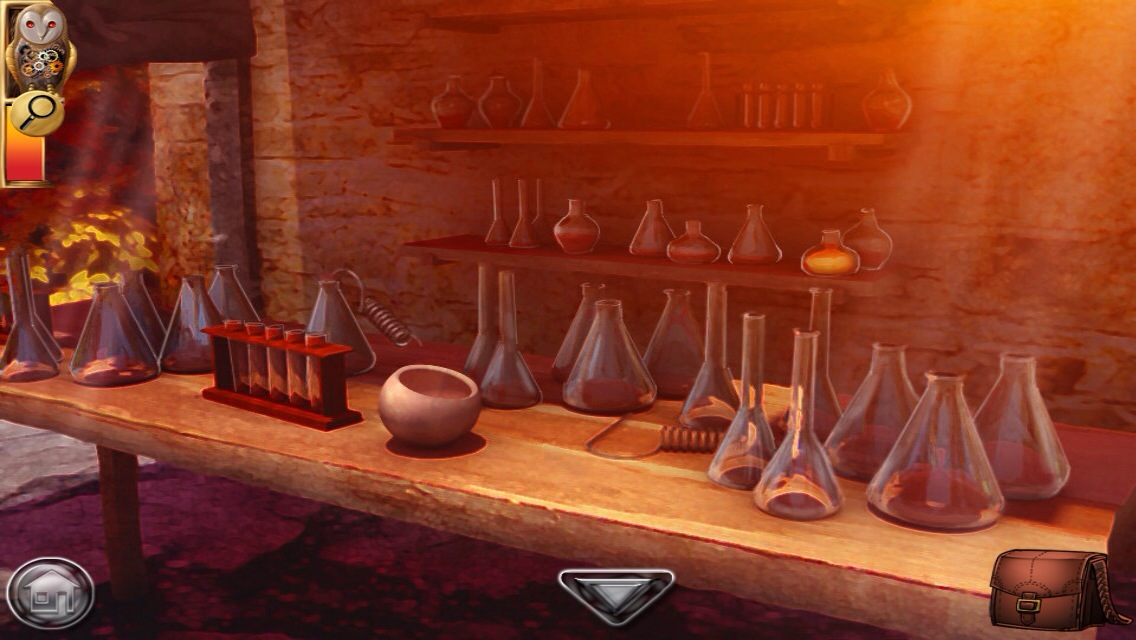 As in “Tesla,” there’s a pattern throughout the game, so you have a basic idea of what your goal is. Some puzzles and clues are fairly easy to solve (at least for seasoned adventure gamers), while others provide more of a challenge. I thought the game provided a good mix to satisfy most players. There is a nice variety to the puzzles, as well. While you may find some matching puzzles and jigsaw puzzles, there are no hidden object scenes. There are quite enough hidden object games in the App Store, and it often just feels like filler. So I’m glad there was none of that nonsense here. It’s also a fairly long game without any gimmicks, so you definitely get your money’s worth here. 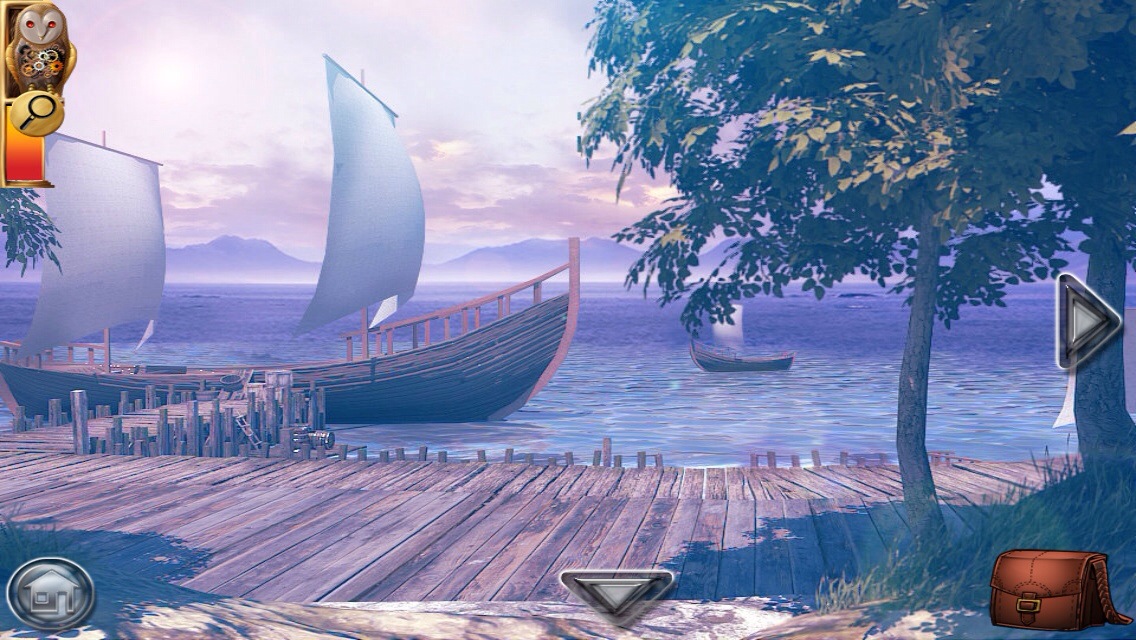 If you get stuck at any point, the game does have a hints system. I tried it out a couple of times and found it to be both a blessing and a curse. It’s nice in that it points you in exactly the direction you need to go. That way there’s no confusion about it. But I couldn’t find any way to shut it off once I got the nudge I needed. The workaround is to close/minimize the game and the hints will be gone when you return. So it’s not a big issue. Just a minor nuisance for me, but others may appreciate it more. You can also have the game solve a puzzle for you if you’re really stuck. Or you can try our walkthrough guide.

(Note: The developer provided this info about the hints system: “Basically once you turn it on, it guides you until you accomplish any step. Usually the step it’s trying to point you to is the one you’ll do next, like pick up an object, or use a key on a door, etc. Once you’ve done that the hint system shuts off. But, if while on your way to a specific hint, you see something else to do, like unlock a door you have a key for, and stop and do that, the hint system will also shut off.

You do not have to exit and re-enter the game to shut off the hint system. You only have to do ANYTHING that the game considers progress, these would include, picking up any item, using any item, or solving any puzzle. All of those will shut the hint back off.”) 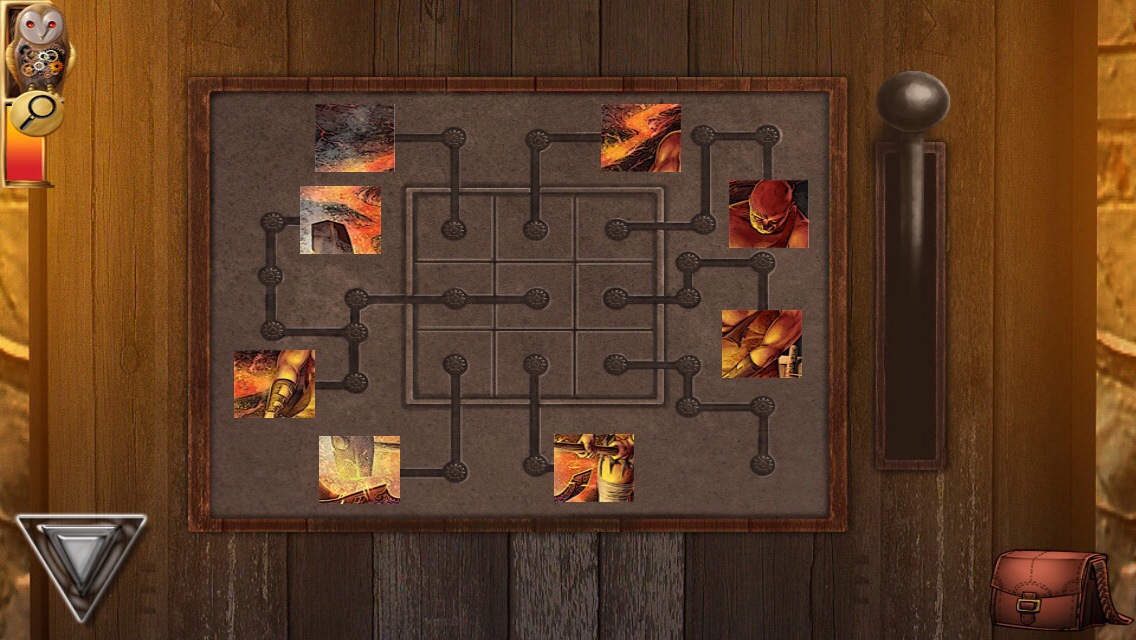 The game welcomes exploration with its gorgeous hand-drawn scenes. Since it’s called “Mount Olympus,” you may have already guessed that it has to do with the Greek gods. While that sounds like it might not be anything new, the theme works really well in this game. Each area (or chapter) is a different god’s domain, so the scenery and puzzles relate to that god or goddess. Just as “Tesla’s Electric Mist” allowed for seasonal changes (such as snow or changing leaves) due to the time travel, each area in “Mount Olympus” is very different from the last. 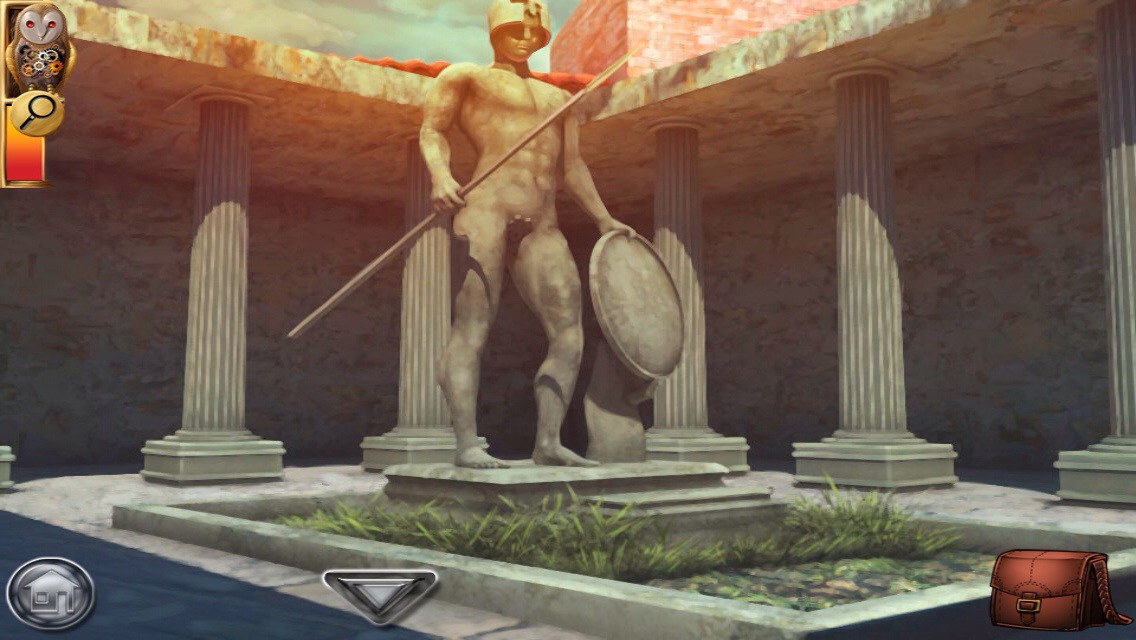 The controls are smooth, allowing for minimum frustration while exploring this world. Each chapter is contained within itself, just as in “Tesla.” The controls and interface are also the same, and why not? They worked before and they work now. I did encounter a few minor bugs, but none of them hampered my experience or prevented me from progressing. The developer also assured me they were working on fixing them, which I appreciate. 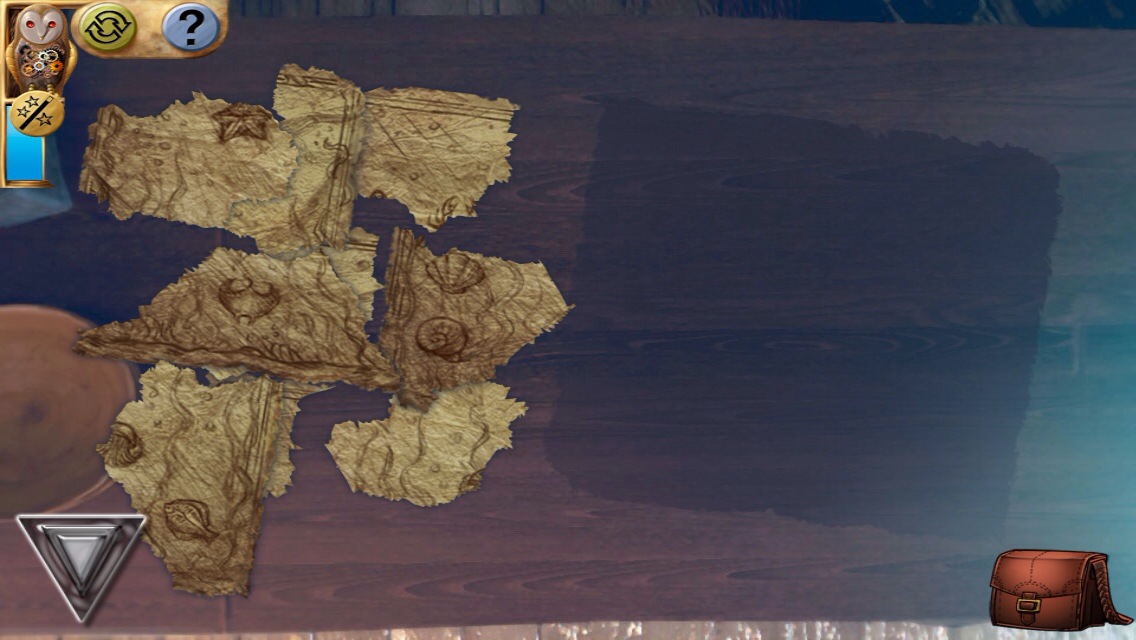 I also appreciate that the developer once again made the effort to explain why there are no people around. As nice and relaxing as it is to play a point-and-click game in a deserted town (especially for a city-dweller like myself), an explanation of why it’s so empty helps keep it grounded. 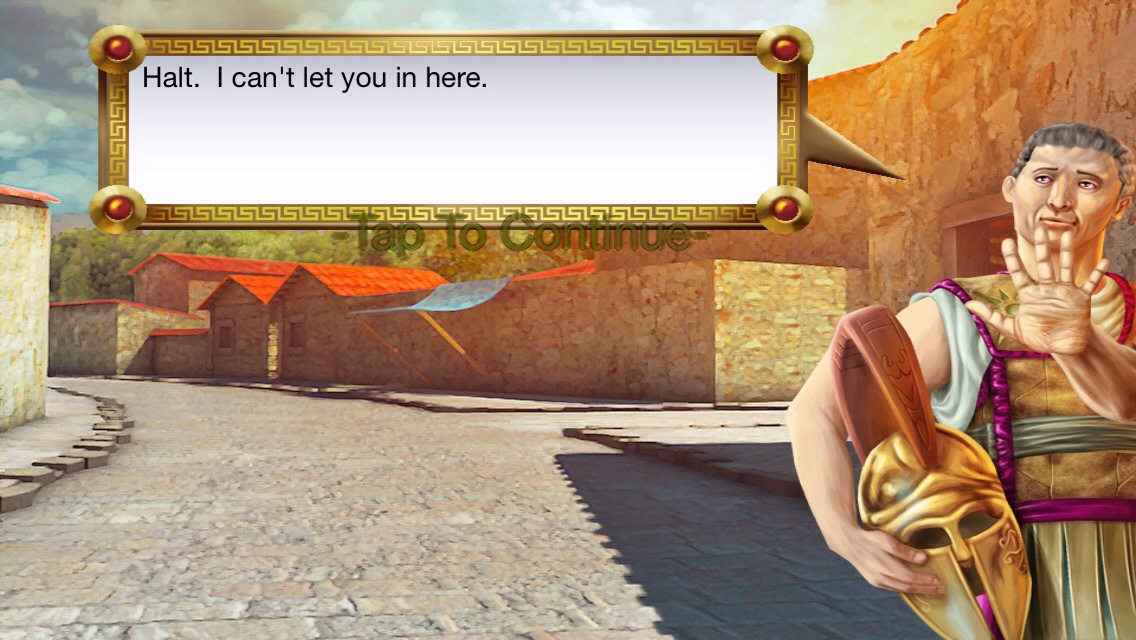 “Mount Olympus” is another quality game from a trusted developer, that I highly recommend to any adventure game fans. These games are far and few between, so take advantage of them when you can. Download Mount Olympus here. [DKB url=”https://www.appunwrapper.com/Olympus” text=”Download” title=”” type=”” style=”” color=”green” width=”” opennewwindow=”” nofollow=””]

If you need help with the game, try our walkthrough guide.

And make sure to check out Tesla’s Electric Mist if you haven’t played it yet.

A Good Snowman is Hard to Build: Bonus Dream Puzzles Walkthrough and Solutions