I’m sad to say that MacGyver Deadly Descent is not an adventure game that makes you think like MacGyver. While the game does have some comic book-style cutscenes that feature MacGyver, it does not really make you feel like you’re playing as him. I was hoping for more of an adventure or room escape game where you need to find objects and use them, MacGyver-style, to get out of sticky situations. That is not this game. 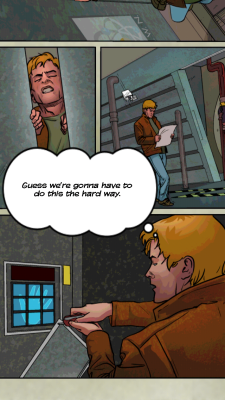 Instead, it is a series of six different types of puzzles, each type getting more challenging as you progress. Although they might not really be MacGyver-style puzzles, the game does have some worthwhile head-scratchers. My favorites are the laser/mirror puzzles, as I’ve always enjoyed those types of games, like God of Light. They start off easy, but get increasingly more difficult, forcing you to use your brain. They’re relaxing to play, though, never stressing me out too much. The next series of puzzles, Down to the Wire, are like the game Lost Cubes from Pocket Playlab, and offer less of a challenge, but are still enjoyable. I wasn’t a fan of the mines introduced in later levels, but it did add an extra element to deal with. I found the rotating pipes puzzles a bit too easy. They’re fine scattered around an adventure game, but they’re more filler than worthy of having their own series of puzzles in a game. They do, however, get more complex in the later levels, offering a bit more of a challenge as you mix different colored pipes together. They weren’t my favorite puzzles, but they offer a few breaks from the tougher ones. 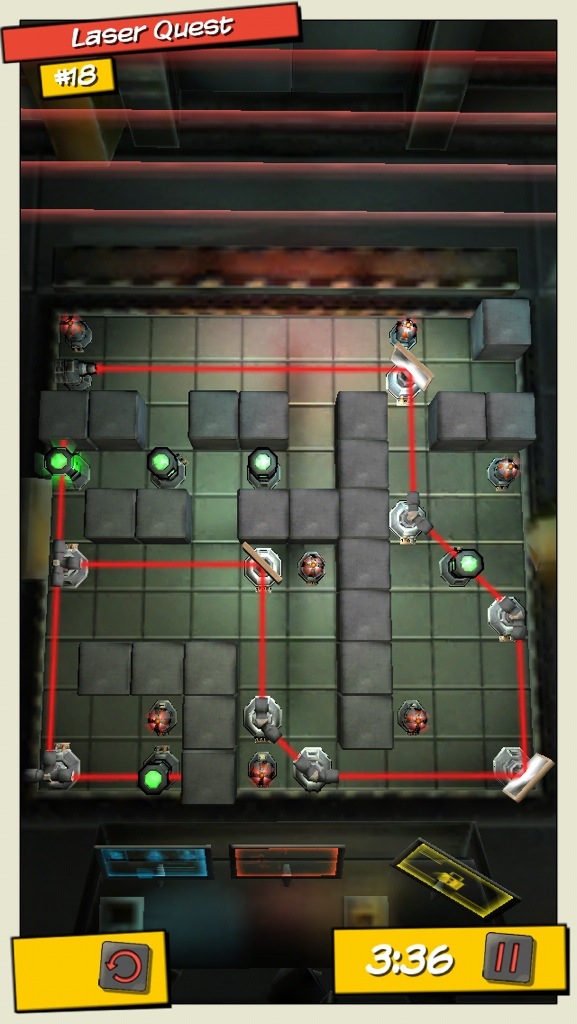 Possibly the trickiest and most frustrating puzzle series in the game is Lockout. This involves dragging different colored keys to their matching colored locks. The catch is, once you drop a color on its matching lock, it’s locked there. If you make a mistake, you have to start over. I found the touch mechanics to be unresponsive sometimes on these puzzles. I’d have to try multiple times to grab a key to move it, and sometimes end up dropping it before I intended. This led to the puzzles being more frustrating than they should be. However, they do offer a good challenge when they work right. They force you to plan out your moves in advance, and can be quite rewarding when you complete them. 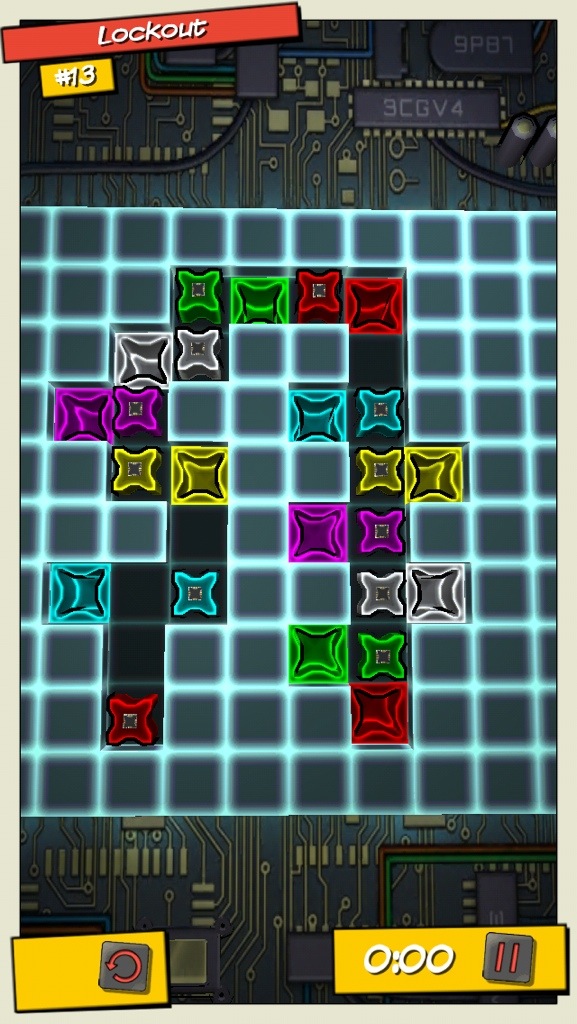 Later into the game, you’ll get access to puzzles that involve setting up towers to shoot beams through all the pieces on the board. I found those puzzles were done pretty well, but you won’t see them until the fifth section of the game. The final section, called The Bomb, involves matching colored objects that can only move down and side-to-side. It offers a good challenge for those who found the other puzzles too easy. Like Lockout, it requires planning out your moves in advance. But it doesn’t have the control issues of Lockout, so I found them much more enjoyable to play. The final level still has me stumped, but I’m actually enjoying the challenge. 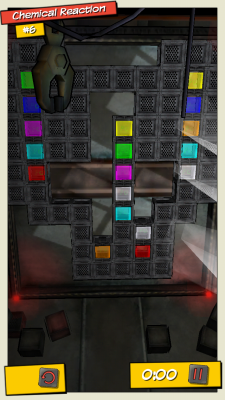 So, to sum it up: If you were hoping to feel like MacGyver in the game, you’re better off knowing beforehand that you won’t. But if you like puzzle games, MacGyver Deadly Descent offers a nice variety, mixing it up every few levels so you don’t get bored. There’s a generous number of puzzles, some easier than others, and you have several options per section in case you get stuck, essentially allowing you to skip the most difficult levels until later. If you’re looking for a decent puzzler to keep you busy for a while, give MacGyver Deadly Descent a try and download it here. [DKB url=”https://www.appunwrapper.com/MacGyver” text=”Download” title=”” type=”” style=”” color=”green” width=”” opennewwindow=”” nofollow=””]

If you get stuck on any of the puzzles, try our MacGyver Deadly Descent walkthrough.