Twisty Planets is a unique 3D puzzle game for iOS and Android devices from developer FirstSight Games and publisher Crescent Moon Games. You Take control of Qub, an always-cheerful cube-shaped character that resembles an old CRT TV — antenna and all. 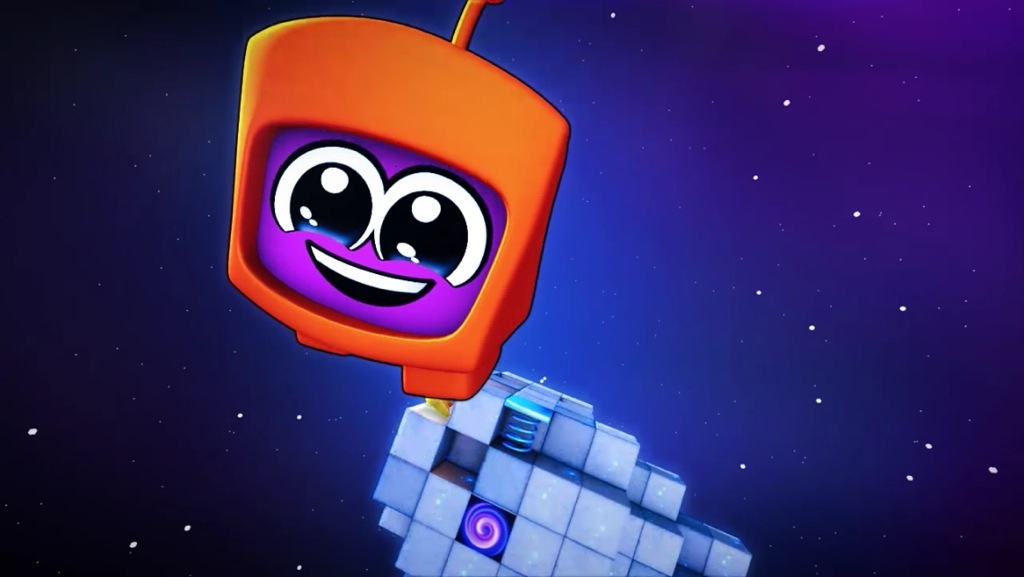 Each level features a 3D “planet” made up of little blocks that’s floating in space. There are three stars to collect, plus a portal that allows you to proceed to the next level. You move Qub by tapping anywhere on the part of the screen that’s the direction you want him to go. To be most precise, you can tap the arrows in the four corners of your screen. If there’s a ledge that’s short enough to jump up to, he will automatically jump to it. Walk Qub onto thin air and he’ll fall and lose a star, but return just as cheerful as ever. Nothing, and I mean nothing, wipes the smile off this little guy’s face. 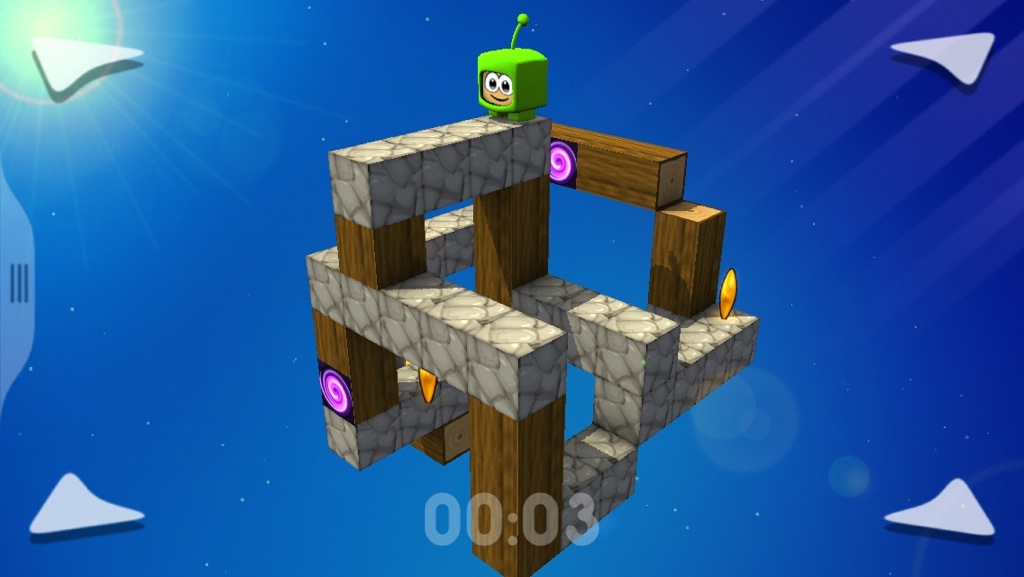 Besides controlling Qub, you rotate the entire planet by swiping the screen in any direction. This is how you get Qub to different sides of the planet. Fans of Monument Valley may feel at home with this control scheme. But be careful! Unlike Monument Valley, you can fall off the planet, and there are consequences for it. And it can be a bit frustrating sometimes when you accidentally walk off the edge. The “impossible architecture” concept of Monument Valley also does not apply here. Just because it seems like two blocks connect from one angle, doesn’t mean they do. You need to make sure from every angle that you’re lined up with a block before you rely on it to catch you. 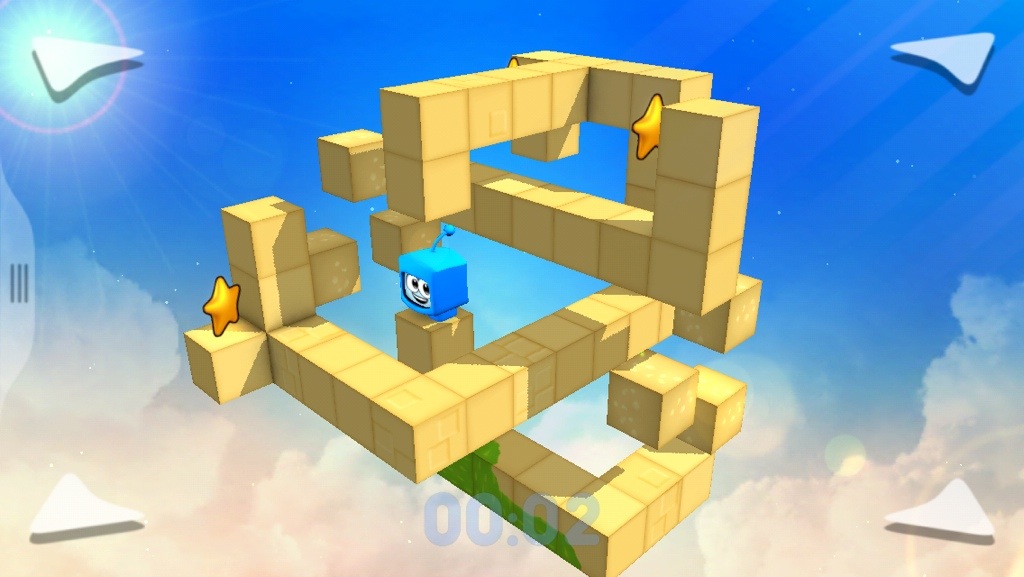 When you begin a level, you will only see the three stars, but no portal. After you pick up your first star, the portal opens. If you lose all your stars, the portal won’t work, so you need to keep at least one star in order to complete the level. Your number one enemy in this game is gravity, although you sometimes need to use it to your advantage. Falling is a big part of this game, but you need to plan it out so there’s always something to break your fall! 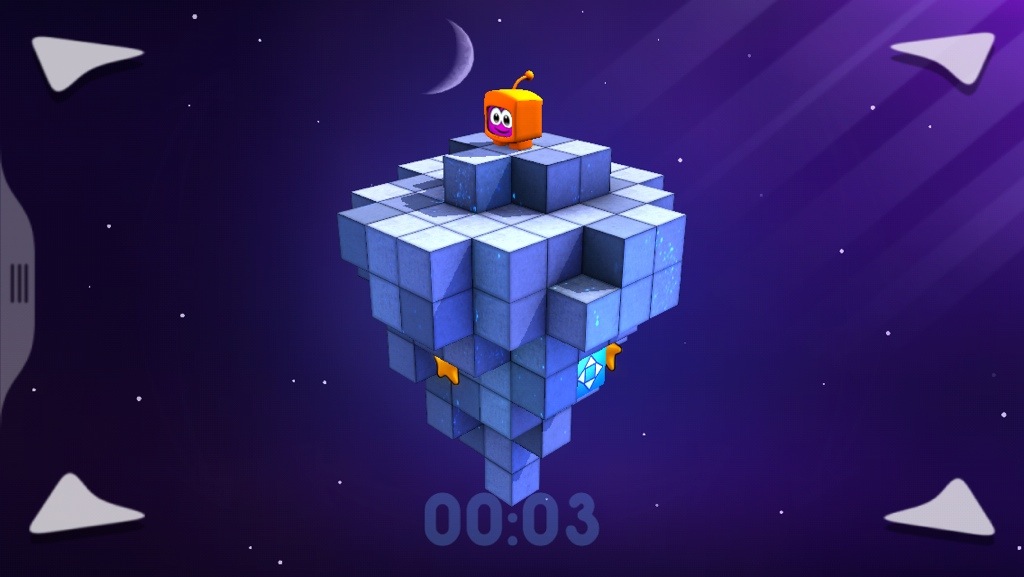 While you will need to play around with each planet to see what’s on each side and plan out your moves, the game does implement some visual features to aid you. If Qub is hidden by part of the planet, those blocks will become transparent so you can see where he is. That way you’re less likely to push him off a ledge to float in space, Sandra Bullock-style. 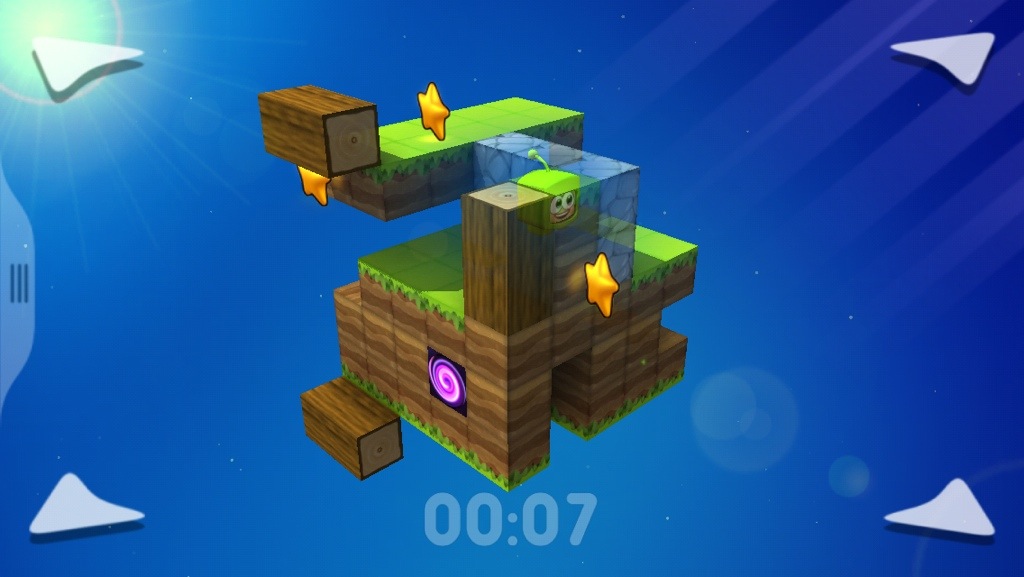 While there are currently only 60 levels in the game, the second and third worlds will take some time to complete with all three stars. There are some pretty tricky levels that will likely stump you, at least for a bit. You will often need to think outside the box, especially when moving platforms are added to the mix. For those looking for some extra challenge, there’s a time bonus if you complete a level in under a minute. There are even GameCenter achievements for completing a certain number of levels with a time bonus. And if that’s still not enough for you, there are four hidden objects in each world for you to find. There’s also a fourth world called the Core that’s “coming soon.” 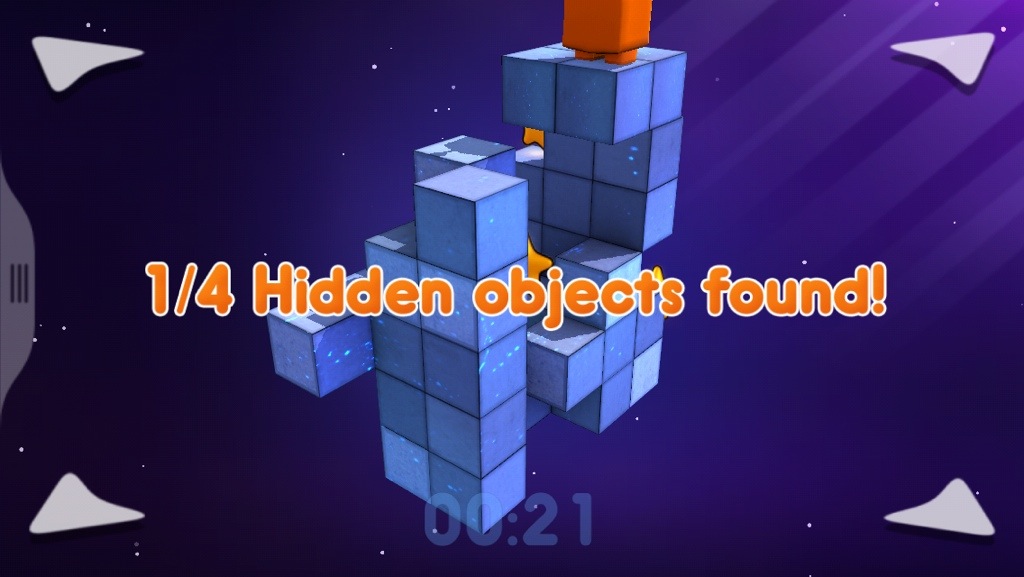 I do wish there was a way to skip a level, because sometimes it takes a fresh look at a board to realize how to complete it. I was having trouble with one, went to bed, and the next morning it made more sense. You can, however, focus mainly on unlocking the levels by doing the minimum (grabbing one star and getting to the portal) and then go back and focus on getting all three stars. So you’re only truly stuck if you can’t get to the portal with one star intact. In this vein, I would also like to see a way to unlock the other worlds besides completing the previous one. Maybe collecting a certain number of stars allows you to unlock it sooner? But these are minor complaints with an otherwise very polished game. 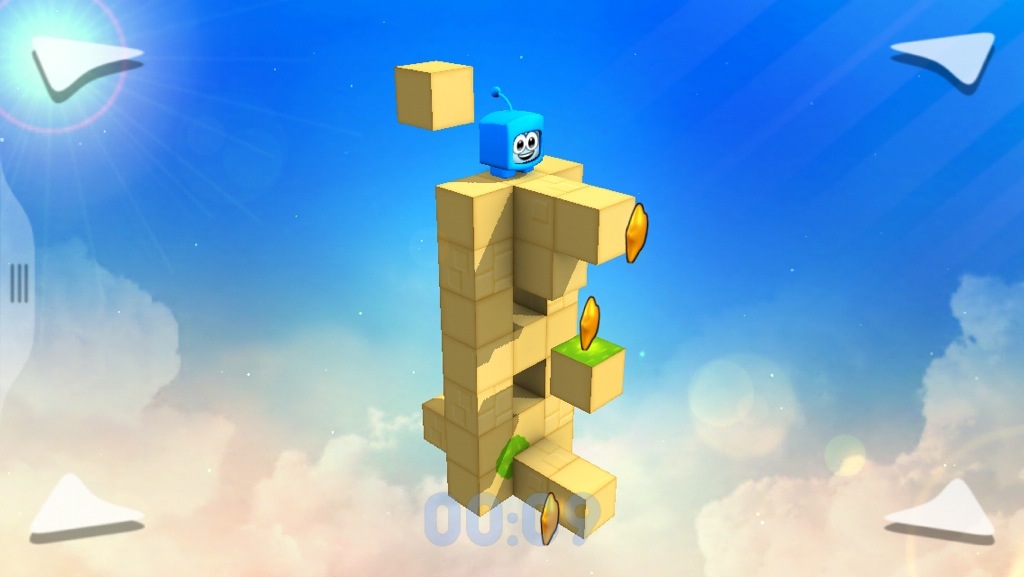 If you’re looking for a visually-pleasing and unique puzzler that will work your brain without stressing you out, give Twisty Planets a try. The first world should be pretty accessible for all players, even children, but the other worlds will offer a nice challenge to those looking for one. Download Twisty Planets and help Qub on his journey! [DKB url=”https://www.appunwrapper.com/TwistyPlanets” text=”Download” title=”” type=”” style=”” color=”green” width=”” opennewwindow=”” nofollow=””]

Γò¼├┤Γö£├ºΓö£ΓöÉWhat Remains of Edith FinchΓò¼├┤Γö£├ºΓö£├╗ iOS Review: A Masterpiece in Your Pocket