The Nightmare Cooperative
By: Lucky Frame

Nightmare Cooperative is a roguelike puzzle game with RPG elements that was first available on PC, but is now out for iOS devices. The game is perfect for one-finger playing on-the-go, that I honestly can’t see playing it any other way. If you’re looking for a hardcore mobile game with depth, this just might be the one for you.

For those unfamiliar with roguelikes, it means you start each game from scratch instead of getting to save your progress or character stats. The idea is that you learn from your mistakes so your next play-through is more successful. It’s like an arcade game in that your goal is to keep topping your best score and climb the leaderboards. 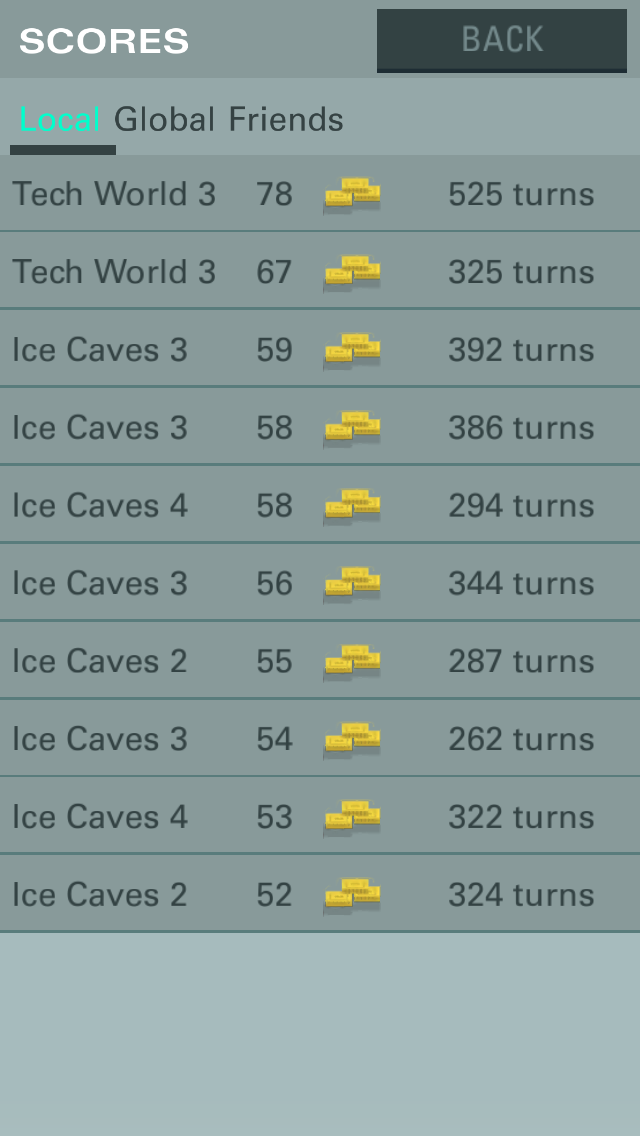 You start with two characters in the area called the Catacombs. You control your characters by swiping right, left, up or down. The goal is to progress as far as you can by reaching the exit while picking up as much gold as possible. The catch is, there are enemies and hazards in your way. In addition, opening a treasure chest to get gold will make more enemies or hazards appear, depending on the number written on the chest. Each enemy has its own unique blend of moving pattern and attack. Some move in a line or circle, making them easier to predict and avoid. Others come at you no matter what you do, and some even spit poison at you from a distance (I guess it wouldn’t be fair if only the heroes had ranged attacks). If you can manage it, the best strategy is to avoid enemies. But sometimes that isn’t an option, and you have to take them out, possibly sacrificing a hero in the process. 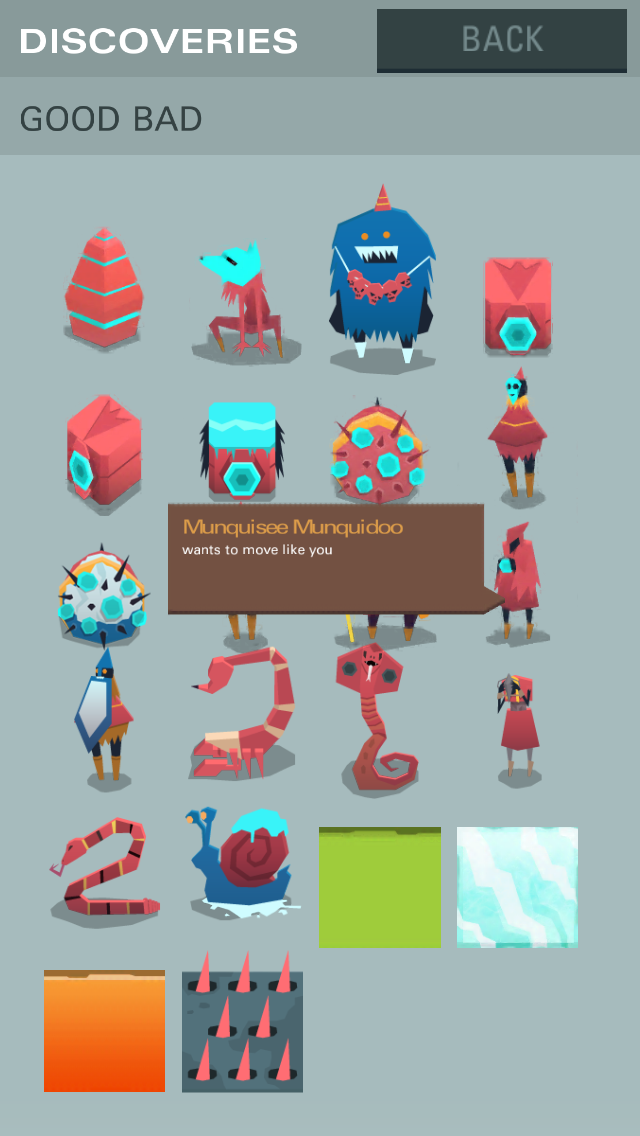 There are four areas (or worlds), each consisting of four levels. Each world varies by the enemies and hazards you’ll encounter. You’ll have an easier time completing the game if you’re careful and don’t open too many chests. However, your score is based on gold collected, so the real challenge is completing the game while still picking up lots of gold. Luckily, if a hero dies, you’ll have other opportunities to get others to join you, as long as one remains alive. 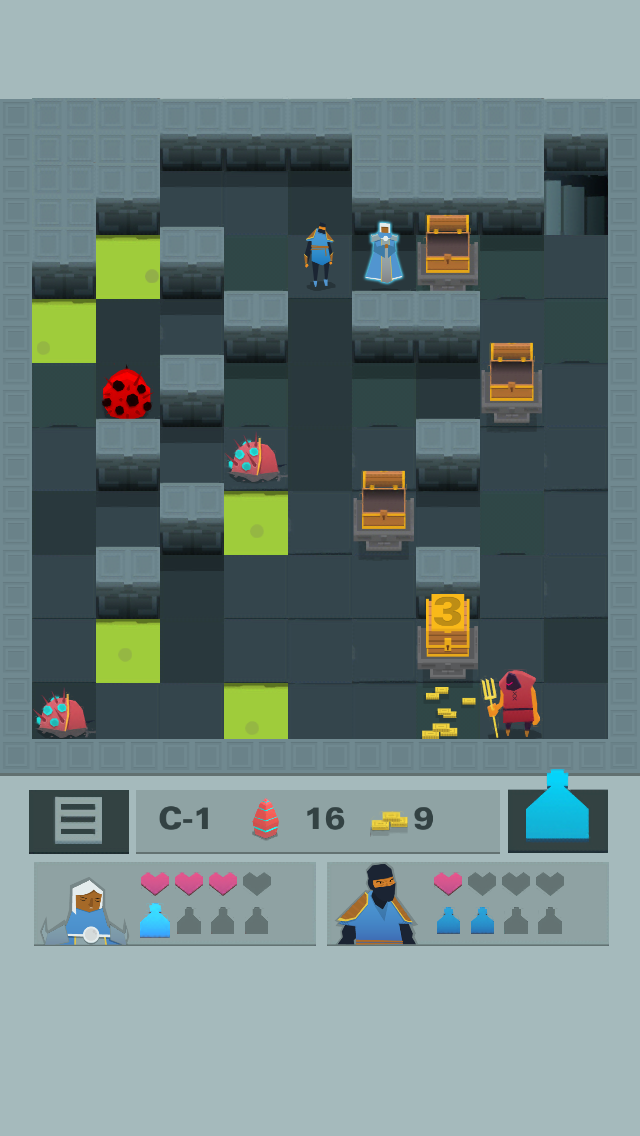 The other catch is that all your characters move together. So if you have a full party of four and you need to move one out of harm’s way, you may send another right into a Puppydog, which is a lot scarier than it sounds. Those familiar with the game Threes! by Sirvo LLC will feel right at home here with the control scheme. But there’s a lot more to pay attention to here than in Threes!

While Threes! only has one action — swipe to move right, left, up or down — Nightmare Cooperative has other options, such as using a potion to perform a special ability. But, just like moving, the characters use potions at the same time. So while using your Ice Mage to freeze an enemy, you may cause your Astral Walker to walk through a wall, solidifying while in there, and causing insta-death. This also means that you need to be careful where you swipe, because I’ve accidentally used a potion on more than one occasion. So, while you technically can swipe anywhere on the screen, your best bet is to keep your swiping to the empty space at the bottom. 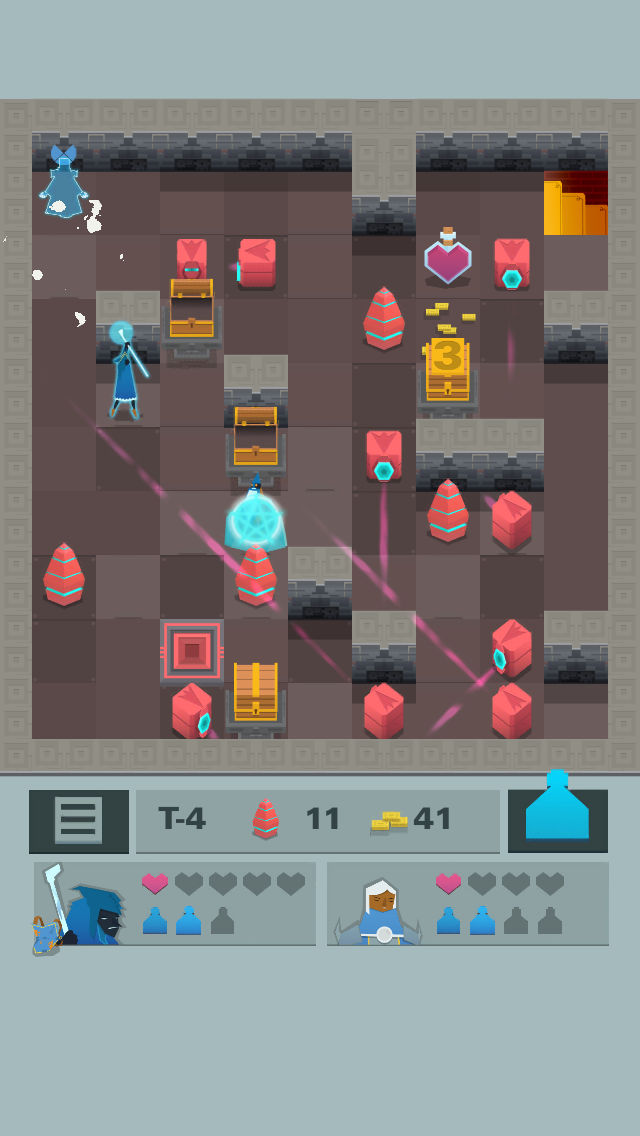 It’s a game that relies heavily on skill, but also to a degree on luck. For example, treasure chests can be embedded in walls. There is one class that can go through walls, and another that can break them down, but you might not have that character when you need him, or he might not have potions to use his special ability. You could also end up with acid pools or lava blocking your exit. You can go through them, but they will damage your men. I haven’t encountered any levels where the exit is completely blocked, so it seems the developers made sure that can’t happen. 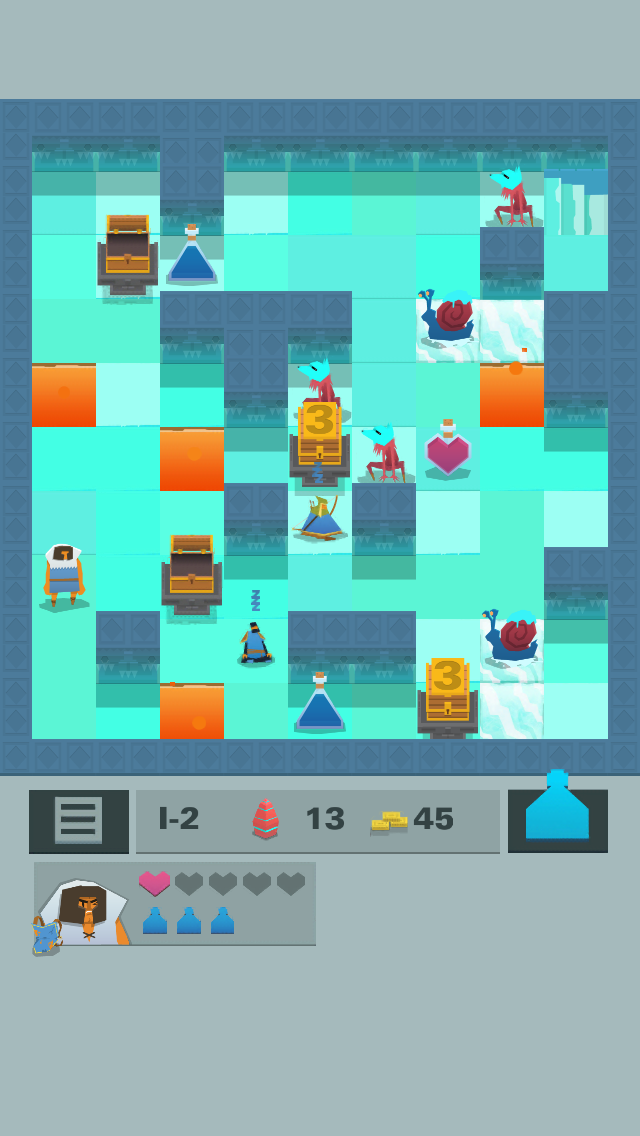 There are eleven different character classes in the game, and each one has a unique ability. For instance, the Barbarian knocks monsters away from him. At least four of the classes are unlocked by achieving some goal, such as grabbing the “ice world treasure” or completing the game with under 30 gold coins. This gives you more to do besides trying to beat your high score. The unlock-able characters are also very useful, so they may help you get a higher score. The Ice Mage, for instance, freezes enemies from afar. A skill like that comes in quite handy. 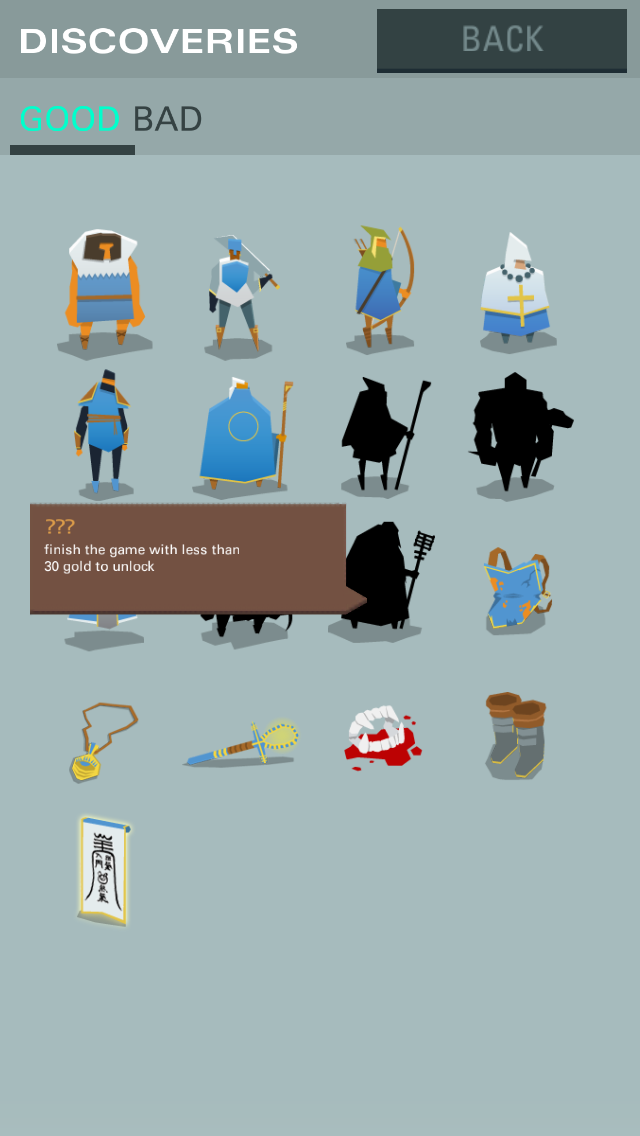 There are also some items you can pick up that allow a character protection over something (such as stepping in acid) for one use. Once a character picks up an item, it will stay with him until it’s used. Each character can only have one item at a time, and won’t be able to pick up something else that comes along if he’s already equipped with an item. All this adds to the strategy of the game. 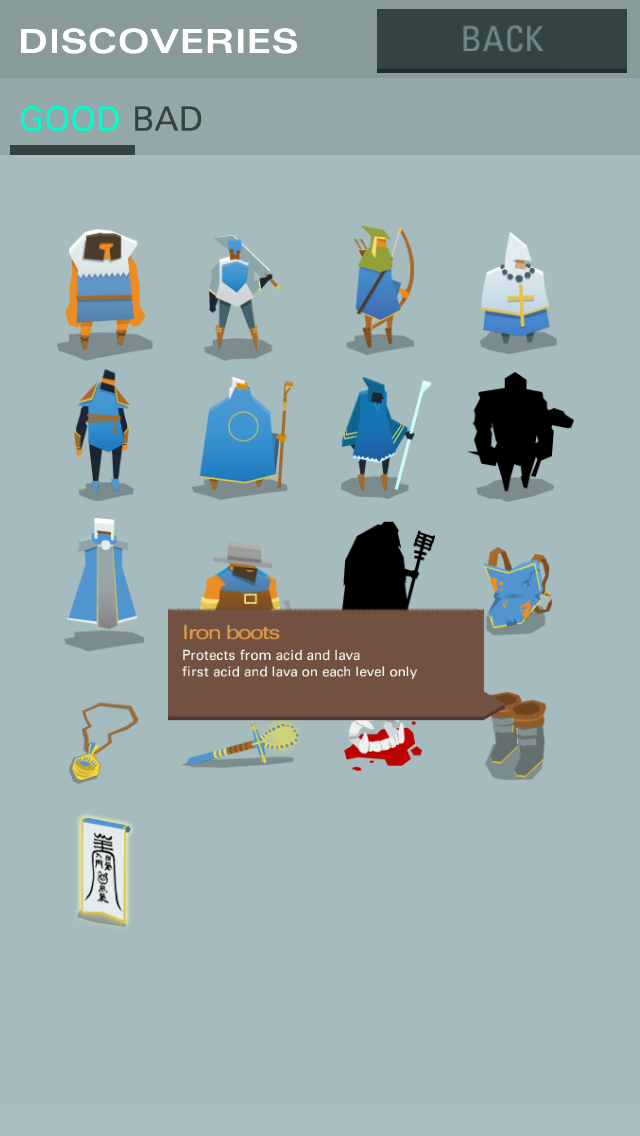 There are a few small nuisances that keep the game from feeling perfectly polished, but I know some of them are already being fixed. For instance, item descriptions pop up onto the screen without prompt, covering part of the playing field. Sometimes they go away with a tap, and sometimes they don’t. The other small issue is that there’s no “restart” button. If you know you’re having a bad game and want to start from scratch, you have to exit the game, press play, then choose “no” when it asks if you want to continue you last game. It’s not a huge deal, but would be nice to have a “restart” option in middle of a game. But these are all small issues that don’t change the fact that this is an insanely addictive game that will keep most players occupied for quite some time. 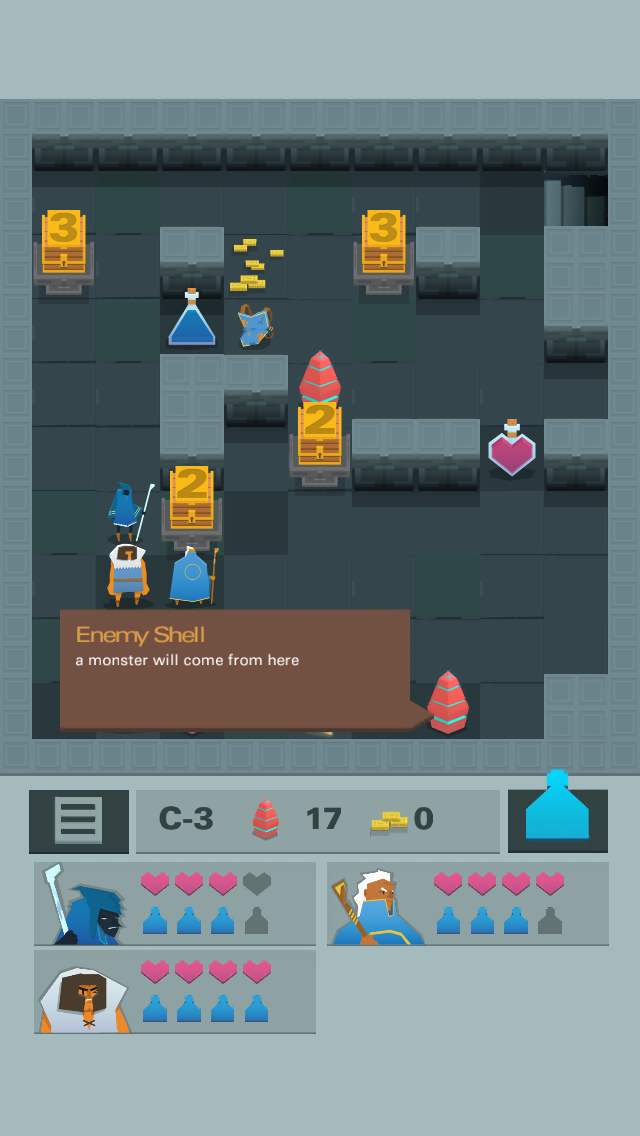 If all this sounds like fun to you and you can’t wait to play Nightmare Cooperative, download the game here. [DKB url=”https://www.appunwrapper.com/NCoop” text=”Download” title=”” type=”” style=”” color=”green” width=”” opennewwindow=”” nofollow=””]

And if you need some help with the game, try my walkthrough guide.