Back to Bed
By: Bedtime Digital Games 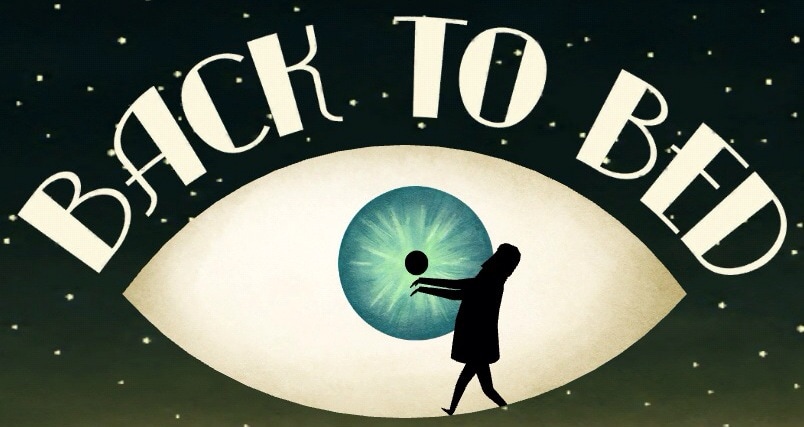 The first thing you’ll notice about Back to Bed is that it looks like a cross between a Salvadore Dali and M.C. Escher painting. I’d been waiting a long time for this game for that very reason, especially after playing Monument Valley. I love surrealism, and the visuals of Back to Bed capture the effect beautifully. You can tell a lot of love went into designing the aesthetics of the game. 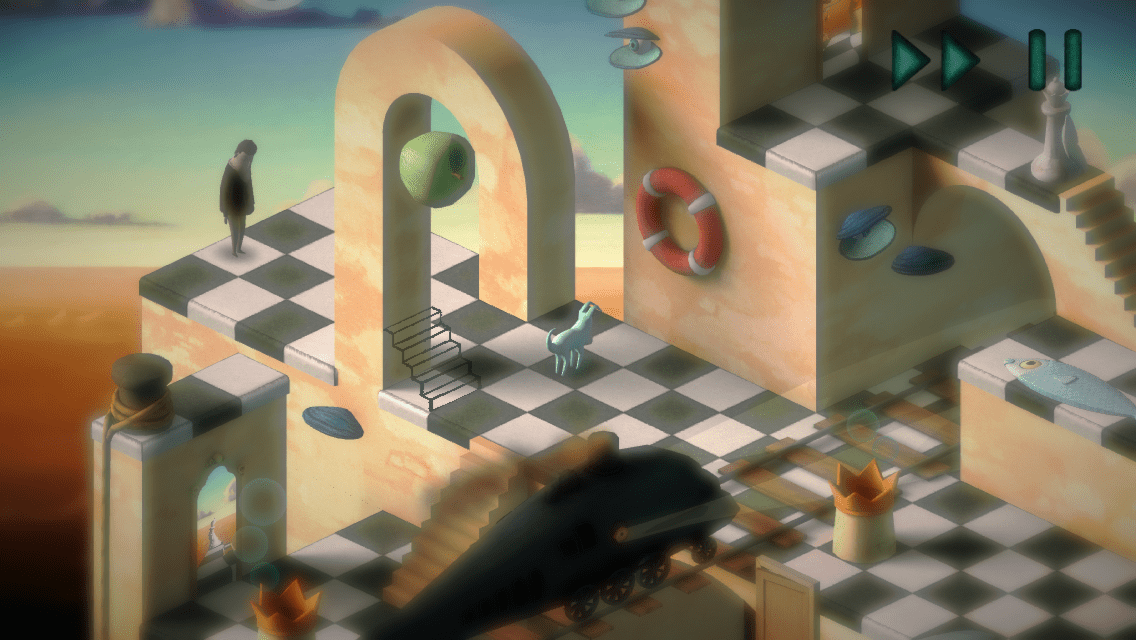 As the name might suggest, the goal of the game is to get sleepwalking Bob back to bed. Each level is a self-contained area in which Bob is dropped. He begins walking in a straight line with his eyes closed. You’re shown his path in footprints for a few paces ahead. Your job is to control his subconscious, Subob, and put objects in Bob’s way to control his path. Each level has a door with a bed behind it, and that’s where you need to direct Bob to complete the level.

There are two objects Subob can use to direct Bob. One is the apple, which blocks his way, forcing him to turn and change directions. The other is the fish, which creates a bridge across gaps. They’re scattered throughout each level, so Subob will have to fetch them in order to use them. Early on, you’ll have only apples to deal with, but there’s still plenty of challenge involved. Bob always moves clockwise, and you have to keep that in mind when you decide where to place objects. What appears to be a simple solution may actually send Bob straight off a cliff.

For the most part, the game is very casual. If Bob falls off a cliff, he’ll just drop back to his starting position and continue walking. This allows you to work out the puzzles without have to start from scratch every time you make a mistake. There are some exceptions to this rule, though. Certain levels have hazards that will force you to restart if you allow Bob to run into them. If an alarm clock wakes him up, you must start over. But you can force the alarm clock over a cliff so you can continue without it bothering you. There are also potholes, dogs and trains that force you to restart. But these are mostly found in later levels, and provide some welcome variety and challenge. 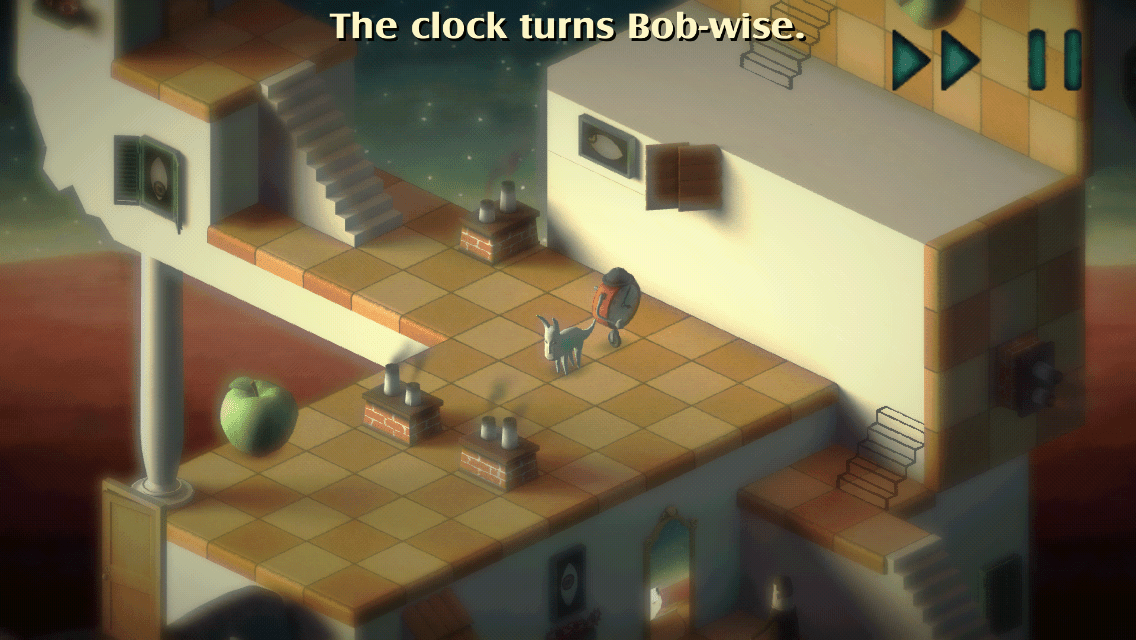 The game consists of two worlds, Rooftop Trouble and Harbour Hazards. Each world consists of fifteen levels, for a total of thirty. However, once you complete the game, you unlock nightmare mode, which allows you to play the same levels with the added challenge of having to pick up the key before heading through the door. This basically makes the game sixty levels, because you need a completely different solution to solve the Nightmare versions of the puzzles. It’s not a terribly long game, but it should keep you occupied for a few hours. 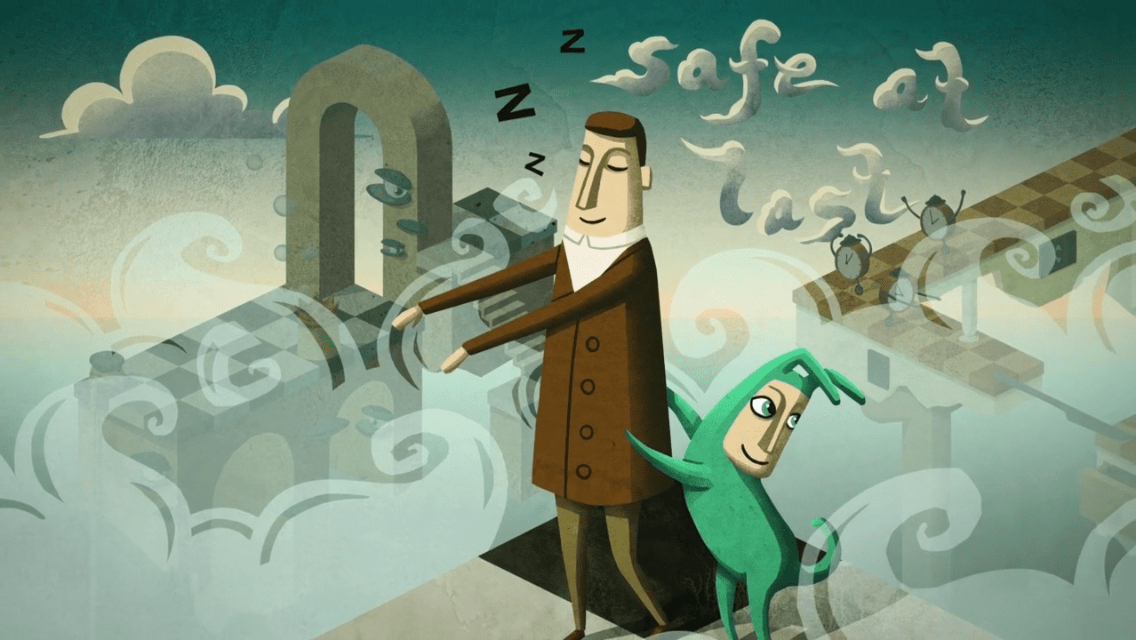 The weakest aspect of the game is by far the control scheme. The default controls in Back to Bed are clumsy, and can lead to much frustration. They consist of of leading Subob around with your finger and then tapping the square where you want the apple to go. This means Subob sometimes got stuck around staircases or bridges, and simple tasks took a lot longer than they should. The apple was also hard to place sometimes without several attempts. When I realized that I could switch to a virtual joystick, I was much happier. If you do download the game, I recommend trying that before you do anything else. It will make for a much better experience. 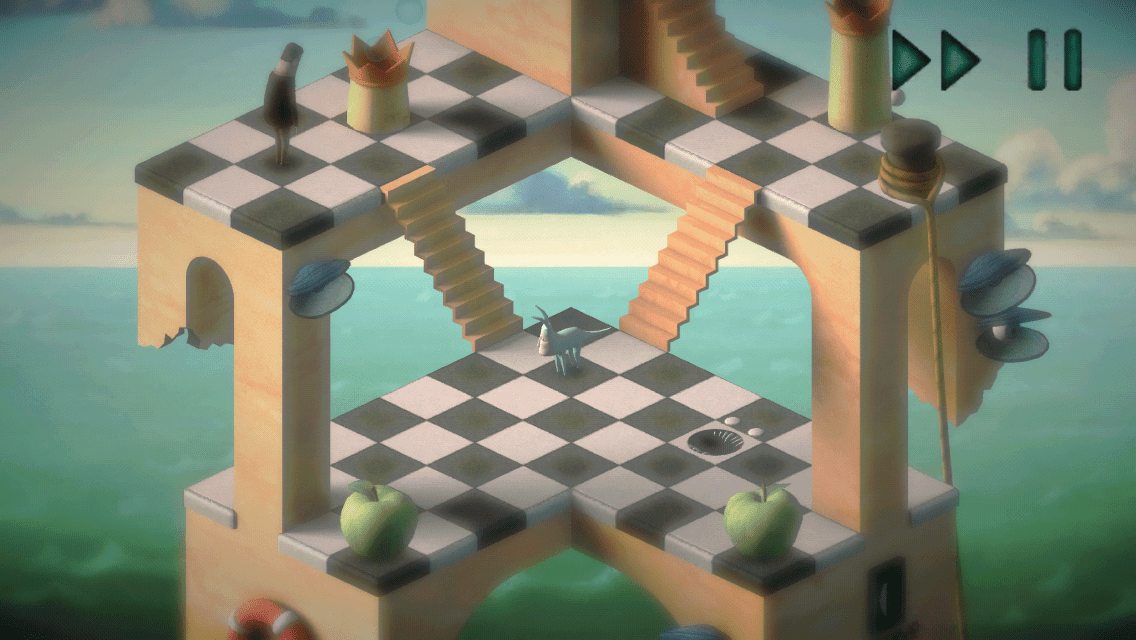 While I did really enjoy the gist of the game–figuring out how to get Bob back to bed–I can’t help but wonder whether it would have been more enjoyable without Subob. The virtual joystick is a vast improvement over the touch controls, but I still think they could be better. If we could just pick up and move the apples without Subob, the game might have been more suitable for touchscreens, and a lot less frustrating. Most of the frustration in the game comes from navigating Subob around the map on a time constraint. Still, the developers do seem to be paying attention to players, with frequent updates to fix bugs and improve the controls. Since I first started playing the game, it has greatly improved. But if you get easily frustrated by awkward controls, you may want to wait on this one.

If you think you can forgive the imperfect controls in order to experience a quirky and unique puzzle game, give Back to Bed a try and download it here.[DKB url=”https://www.appunwrapper.com/BacktoBed” text=”Download” title=”” type=”” style=”” color=”green” width=”” opennewwindow=”” nofollow=””]