The Secret of Raven Rock is an adventure game in the vein of those by Fire Maple Games, iCoolGeeks, and 3DMethods’ Cryptic series. You explore an empty world (all the people disappeared) via first-person perspective, searching for objects you can use and solving puzzles and mini games to find out where everyone went. 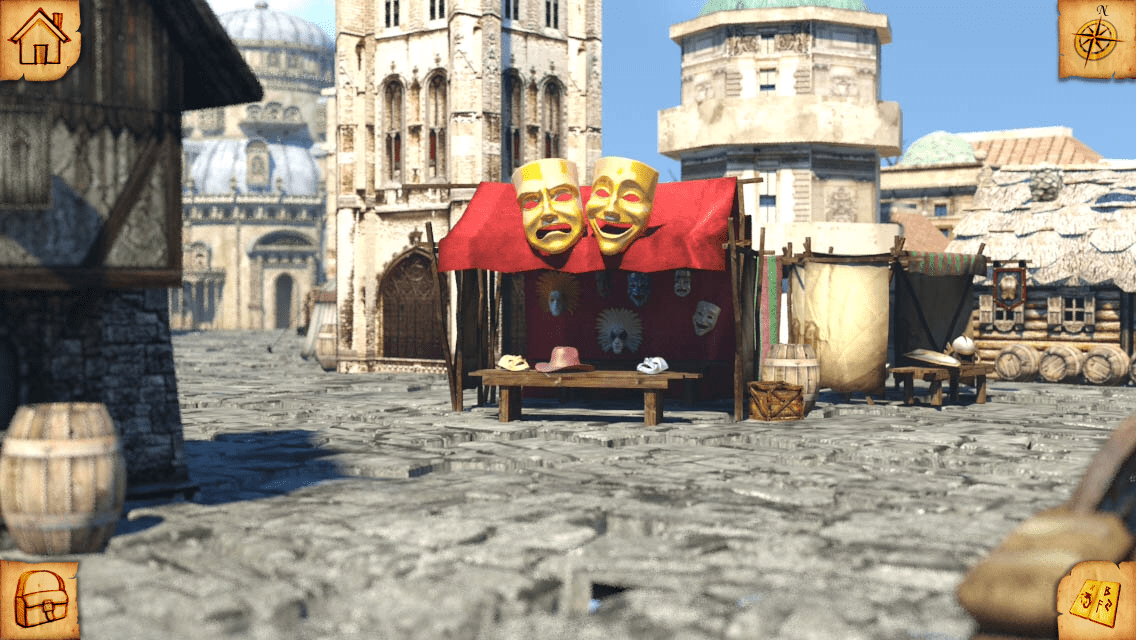 Visually, the game looks great. When you walk to a different room, the scenery races past you. I’ve not seen this in another adventure game before, and I really liked the effect. It’s much more interesting than the images simply fading into each other. The scenes do look a bit blurry in the second you arrive, but they clear up quickly and are quite impressive. There are a number of scenes in the game where I wouldn’t mind being able to pull up a chair and relax in the shade. 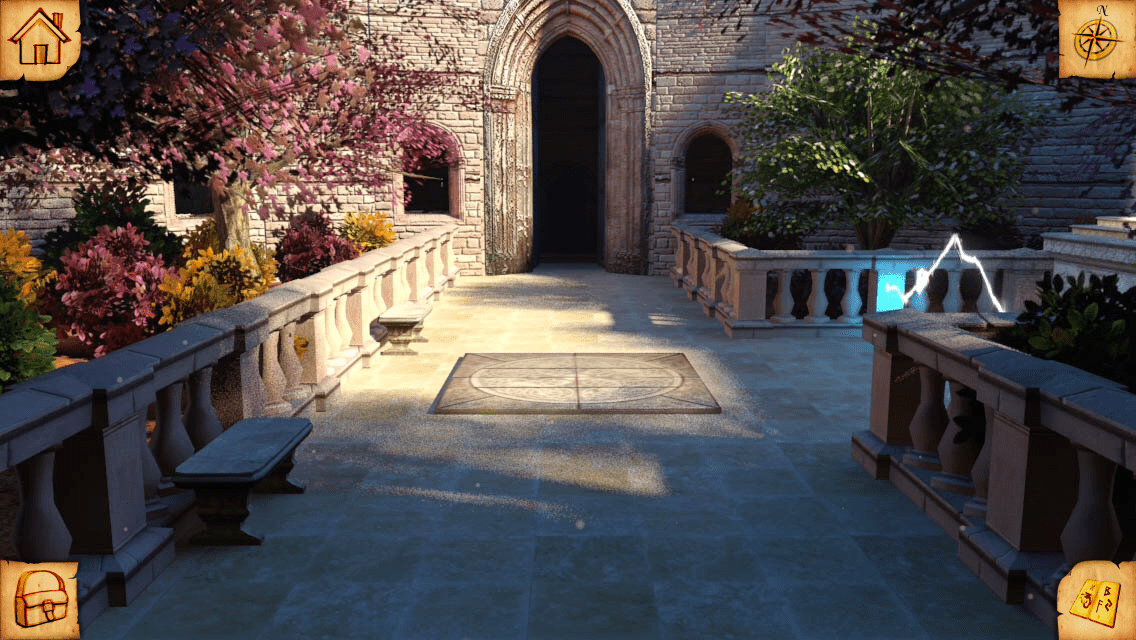 The story and mood here are nothing new. You won’t find any nuggets of humor or a gripping plot. The developers chose to go the safe, familiar path as far as storytelling goes. This isn’t necessarily bad, but it keeps the game from being truly memorable. There’s no charm or personality in the story or descriptions that sets it apart from similar games. 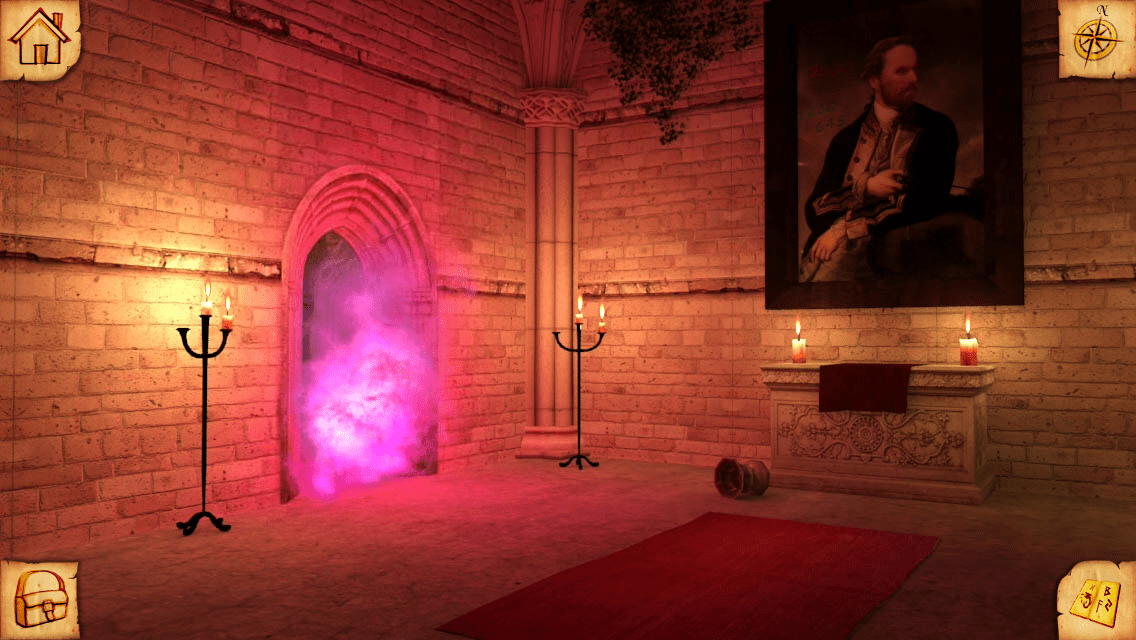 The puzzles themselves were interesting and had a good variety, even if there was some repetition with many of them. You’ll encounter sliding block puzzles, Magic Square-like math puzzles, spot-the-difference, and even one that uses a chess board but doesn’t make you play a chess game. Any interesting tidbits you find that are potentially clues will be automatically added to your in-game journal, which can be accessed at any point. 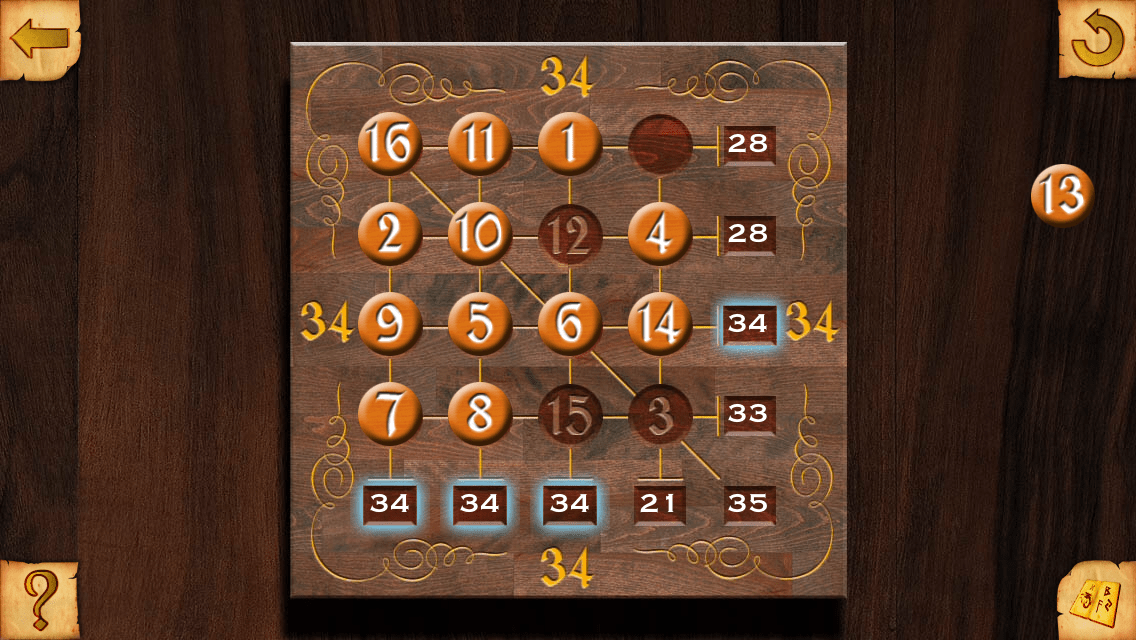 There are hints if you need them during a mini-game, and they unravel one at a time, usually coming in threes. If you’re stuck for a long time, you’ll eventually get all the clues. However, there’s no hand-holding here. You’ll have to solve the puzzles yourself if you want to complete the game. There’s nothing that’s skill-based, though, so with enough persistence, you should be able to complete all the puzzles. 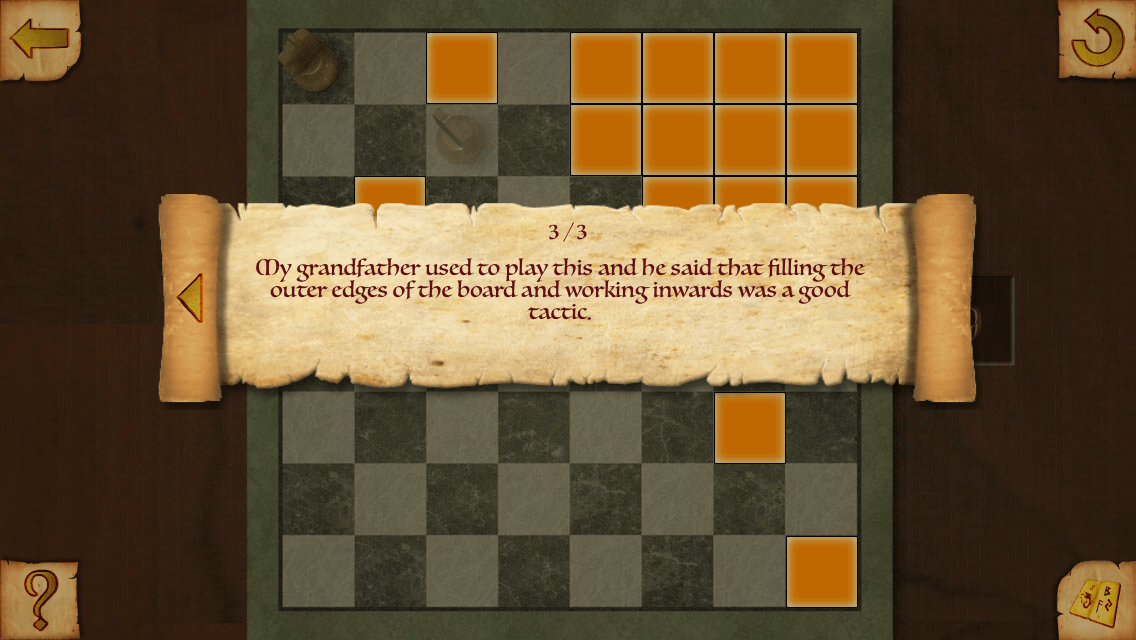 There is one puzzle which you need to use your device’s camera to solve. I’m usually a big fan of games that utilize all aspects of the devices. One of my favorite examples is the box of candies in Antrim Escape 2 that can be shaken and poured by pretending your device is the box of candies. However, in Raven Rock, there is no reason to believe that you would need to use your camera for the puzzle, until you read all three hints and it tells you. This took the magic out of it. I would love to see the developer use the camera in the future, but in a more creative and intuitive manner. 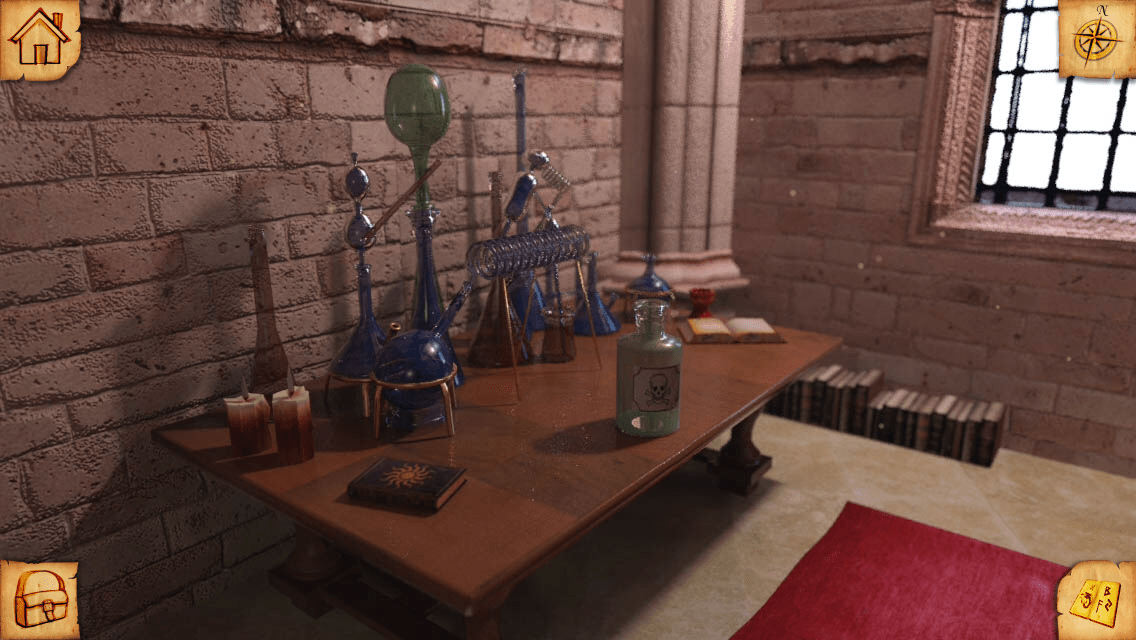 At one point I was forced to break out the pen and paper, because the game wanted me to memorize 20 moves for a puzzle in which you can’t take your finger off of the screen. This isn’t the end of the world, but it kind of defeats the point of having an in-game journal if you can’t use it while solving a puzzle. 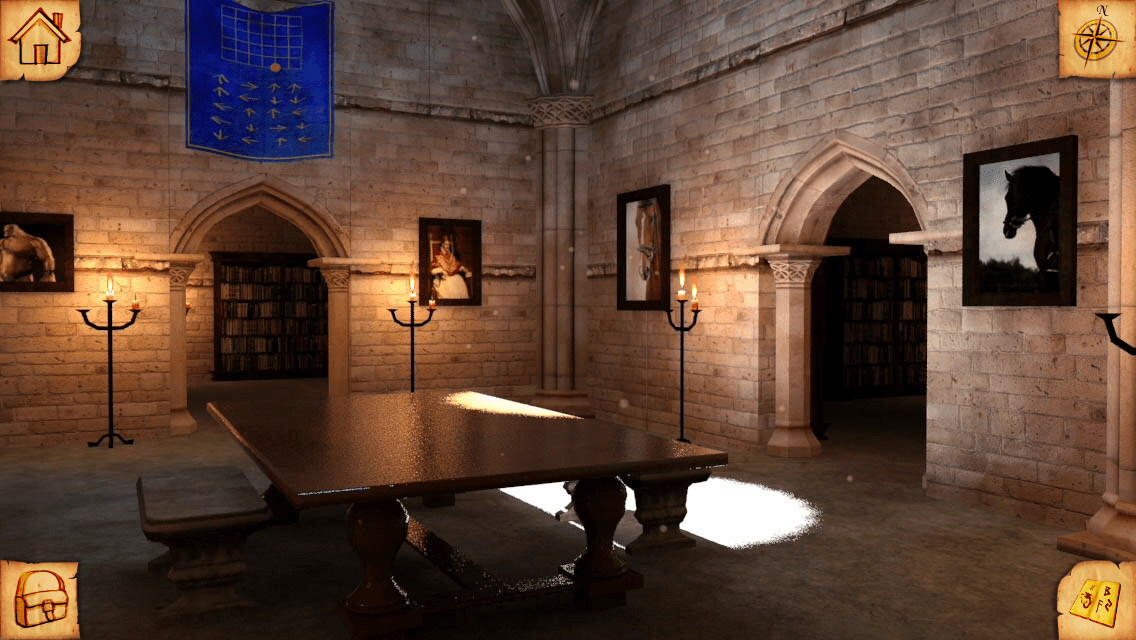 I was glad to see that some puzzles were not as painful as I expected. I usually dread playing labyrinth games on my iPhone because the tilt controls are overly sensitive, but the one featured in Raven Rock was, thankfully, more merciful. I was able to complete the mini-game without too much frustration. In fact, I actually enjoyed it for once, instead of wanting to throw my iPhone out the window over it. 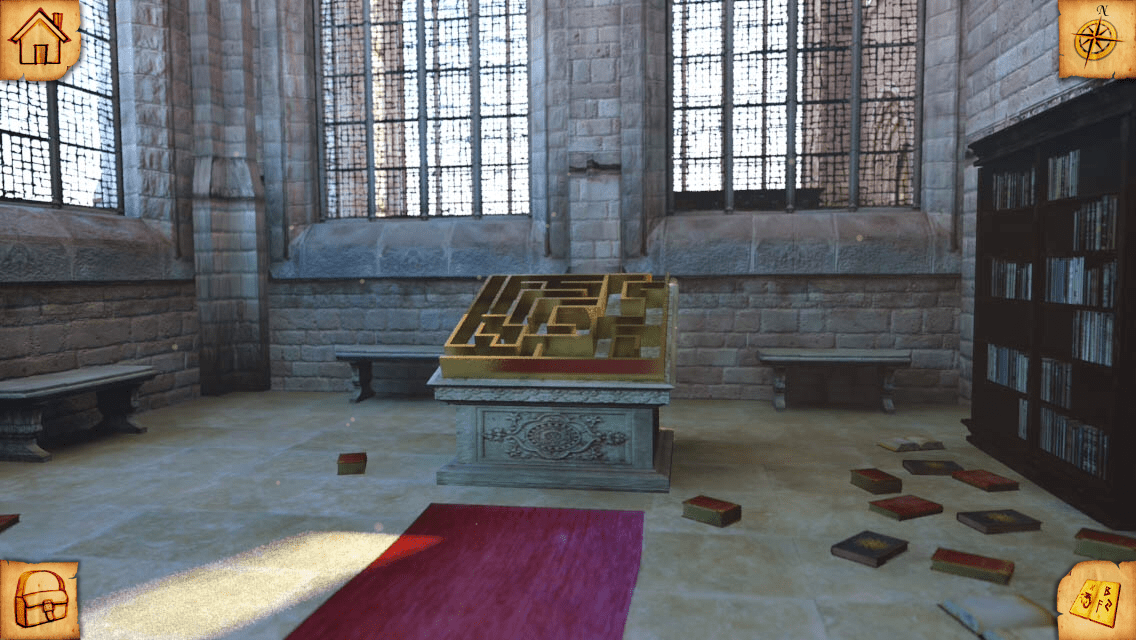 The world you explore in Raven Rock is fairly large, and thankfully there’s a really handy map that allows you to teleport to any area you’ve been to. You don’t need to backtrack through a ton of scenes to get back to a room you need to revisit. This, along with the quick transitioning between screens, makes the world a joy to explore. 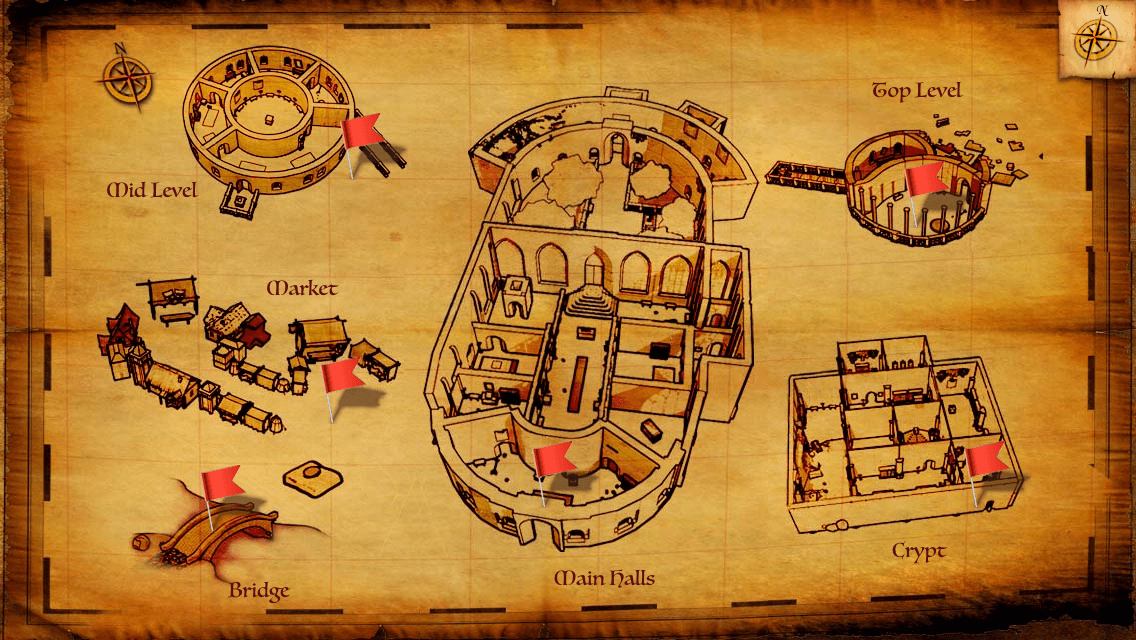 Before I finish up here, I should mention the music and sound effects. I found them very atmospheric, not distracting, and they captured the mood very well. I especially liked how in the crypt you can hear what sounds like a troubled ghost calling out for help. 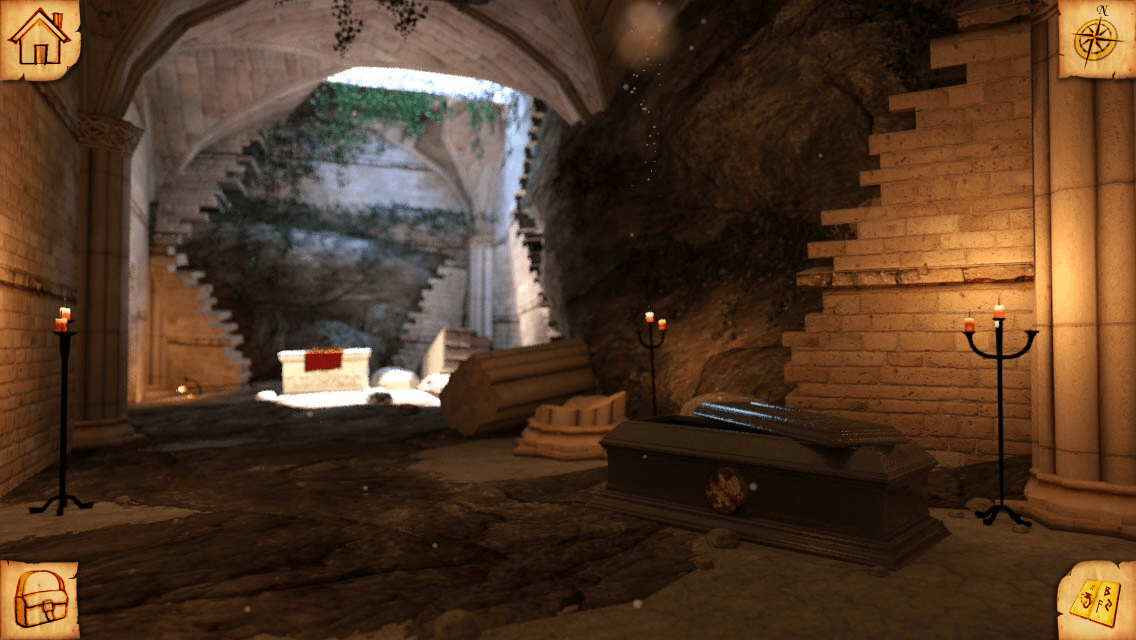 Overall, Raven Rock is done very well, and offers some solid point-and-click entertainment. Best of all, there are no hidden object scenes! The $4.99 asking price is more than most games of this ilk would charge in the App Store. But if you need to scratch that adventure game itch, you can snag a few hours of puzzle-y enjoyment for about the price of a Frappuccino. If this all sounds good to you, download the game here. [DKB url=”https://www.appunwrapper.com/RavenRock” text=”Download” title=”” type=”” style=”” color=”green” width=”” opennewwindow=”” nofollow=””]

If you get stuck playing The Secret of Raven Rock, try our step-by-step walkthrough.