Haunted Manor 2 – The Horror behind the Mystery – FULL
By: redBit Games

If you frequent my blog (or even visited it a couple of times), you probably know that I’m a big fan of room escape games and point-and-click adventure games. I played redBit Games’ Haunted Manor: The Secret of The Lost Soul when it first hit the App Store over a year ago, and was impressed with it. It offered some interesting puzzles packed into a horror-like atmosphere, and came out for Halloween. Now, after a year in the making, and me eagerly waiting, the sequel, Haunted Manor 2 – The Horror Behind the Mystery, is out. So does it meet my expectations?

First off, the game looks great. Once again, the mood is dark and brooding, and even featured the occasional ghost popping up. The graphics are sharper and more detailed than in the original. There are also special effects like rain. The year they spent on this definitely shows. The manor is huge, and just when you think you’ve seen it all, there’s a secret room hidden behind╬ô├╢┬╝Γö£├¡some drawers. 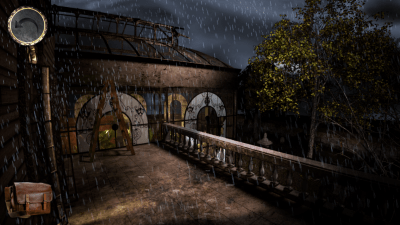 There are lots of creative and clever puzzles that should satisfy those who feel like they’ve been there, done that when it comes to adventure games. As usual, you walk around and pick up items to add to your inventory and use them to solve puzzles. Objects are often used in creative and unexpected ways. For instance, there might be invisible ink on a piece of paper and you need to figure out how to read it. You also find clues throughout the manor that get added to your journal. This is useful, as each of those clues will be needed to solve a puzzle. But how the clues are used is not always obvious. Sometimes you’ll even need to combine two clues to find the solution. You’ll also need to learn to read some Hebrew, Braille and Morse Code to complete the game (don’t worry — the necessary information is provided). 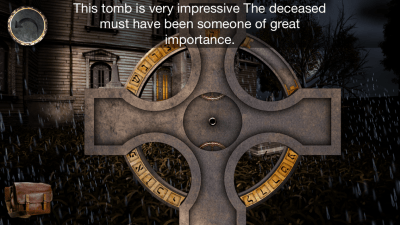 I actually had to get some help from readers of my blog to find certain objects or solve particularly cryptic puzzles. This is either a positive or negative, depending on what you want from the game. I was also trying to finish the game in a timely manner so I could complete my walkthrough. If you play at a more relaxed pace, it should be much more enjoyable. If you’re looking for something to give your brain a workout, Haunted Manor 2 is a long game (like, seriously long) with tons of items to find and clever puzzles to solve, so you definitely get your money’s worth. 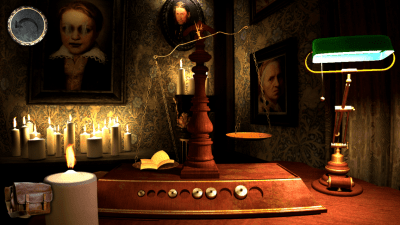 Visually, it’s more impressive than the first game, and the soundtrack captures the mood perfectly. But the game is not without its issues. There’s a couple of seconds loading between each screen accompanied by the sound of footsteps to make it seem like you’re walking. But I just found this slowed down my exploration and ability to backtrack, and got tiresome pretty quickly. I don’t recall this issue with the original game, so I assume it has something to do with the larger size and improved graphics. The game would be vastly improved by minimizing these loading times, but it’s still worth playing if you can live with them. 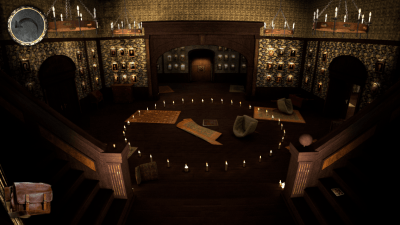 I also had some issues with controls on a few puzzles, because the game didn’t agree with what I wanted it to do. For instance, there’s a puzzle with colored balls in two intersecting rings. You need to rotate the rings to rearrange the colored balls. It’s actually a really interesting puzzle, and I love the idea — if it works as intended. Generally, tapping different sections of the screen should move a ring clockwise or counter-clockwise. But this wasn’t always consistent, so the puzzle took a lot longer to solve than it should have. 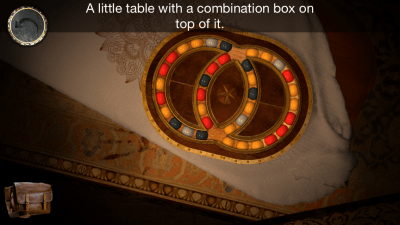 Some players also reported a glitch with one of the last puzzles of the game that makes it impossible to finish. I didn’t encounter it myself, but it seems to be game-breaking if you do come across it. In that case, you would have to restart the game or wait for an update to fix it.

Flaws in mind, Haunted Manor 2 has a lot to offer. If you can ignore its shortcomings, there’s a solid point-and-click adventure game to be had here. It’s incredibly long, which explains why it took them a year since the light version to release it. It also has some challenging puzzles that are likely to give even the most seasoned adventure gamers a workout. 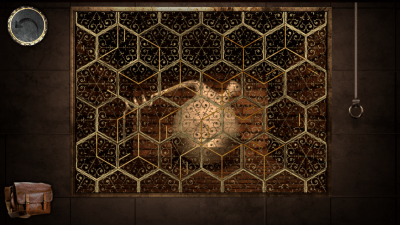 If you get stuck anywhere in the game, try my complete step-by-step walkthrough.