I was really looking forward to playing Corto Maltese Secrets of Venice, not because I’m a fan of the comics. I actually never even heard about them before. What grabbed my attention was the artwork. It also appeared to be an interesting twist on the point-and-click adventure model. 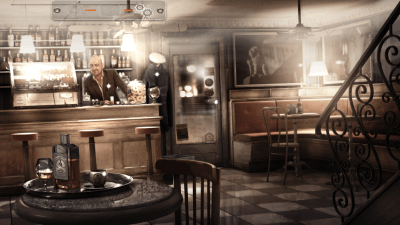 The game has a really clever layout. You get this box that’s referred to as the Compass. You also have a magazine called the Gazette. As you progress, you’ll be able to see new information in the Gazette. Sometimes it’s an animated comic strip or bit of information about something, and sometimes it’s a three-symbol code that you can input into the compass. Once you do so, you’ll be given a riddle or a series of mini-games to solve. The answer will help you progress through the story. There’s also a different path you can take, where instead of solving puzzles, the game has you searching the web for the answers. The claim is that it’s more rewarding, but I didn’t play this way, so I can’t really say. 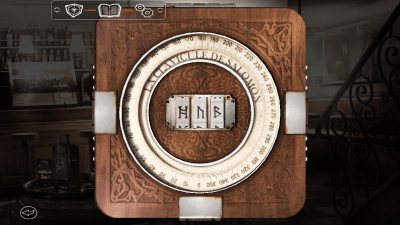 There are some pretty clever puzzles, as well as some that can be downright infuriating. Part of this has to do with the fact that the game doesn’t seem to have been ported well from the PC version. Sometimes clues are hard to read on my small iPhone 5 screen because they’re blurry and there’s no way to zoom in. There was also a clue early on that was off, so deciphering it was giving me the wrong answer. 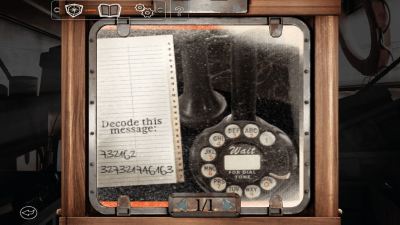 I’ve never read the comics before, and I didn’t find those parts of the game too interesting. I have nothing to compare it to, so I can’t say whether fans of the comics would find it more interesting. Also, once you start playing a comic strip, there’s no way to stop it or speed it up. So if I accidentally played one again, I was stuck waiting for it to finish before I could get back to what I was doing. Even when I purposely opened a comic strip, the story and dialogue are so painful to read, that I still wished I could fast-forward through them. 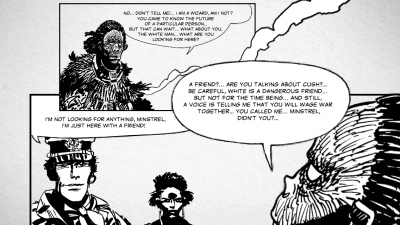 I also had to restart twice because the game save got corrupted and wouldn’t let me progress. The second time this happened, I was on what I believe to be the last chapter, almost through with the game. I have gone and played through most of it a third time, but haven’t completed yet, and if it glitches up a third time, that’s it for me. The inability to fast-forward or skip cutscenes made this extra unbearable. The game is so bug-ridden and sluggish, only the most patient players will stick with it to the end. 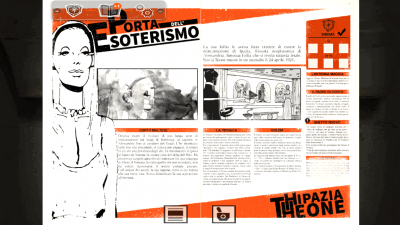 If you’re a fan of the comics, you might enjoy the story more than I did. If not, you can play the game for the puzzles — there are some interesting ones — but keep in mind you will get stuck watching at least some of the comics, even if you don’t want to. And there are potential bugs you might encounter. If you don’t have the patience, you may want to wait until all these issues are ironed out before purchasing the game. If you think you can forgive the flaws, give the game a try and download it here.[DKB url=”https://www.appunwrapper.com/CortoMaltese” text=”Download” title=”” type=”” style=”” color=”green” width=”” opennewwindow=”” nofollow=””]

If you’re already playing the game and need some help, try my step-by-step walkthrough. It also includes videos.