Adventure Beyond Time
By: Aircamp Games

Adventure Beyond Time is Aircamp Games’ second point-and-click adventure game, and a sequel to the first. Their first one, Mystery on Telescope Hill, was a solid game which took place mostly inside one house, with a little bit outside in the backyard. It was done well, but Adventure Beyond Time is bigger and better in every way. 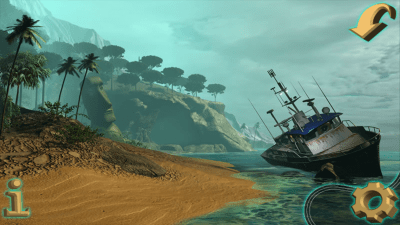 The majority of the game takes place outside, among gorgeously detailed scenes. You’ll explore a vast island that will take you across beaches, through forests, and into dark caves. You’ll uncover skeletal remains, explore several different kinds of abandoned ships, including an alien spaceship, all the while collecting items and clues to solve puzzles and unravel the mystery of the island. 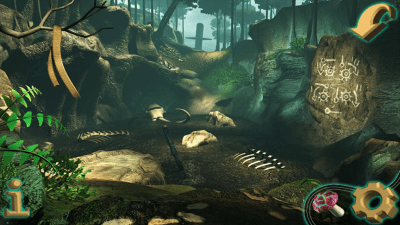 The puzzles are creative, but none are too difficult. All can be solved by using the information collected, as long as you have a keen eye. Occasionally, it can be easy to miss something, mainly because the game is so vast. You’re more likely to get stuck because you overlooked something than because the puzzle is too difficult. Luckily, the screens all load quickly, making backtracking this vast island fairly╬ô├╢┬╝Γö£├¡painless. It’s a relaxing game to explore. If you do get stuck, there are in-game hints that are turned off by default. You can also try my step-by-step walkthrough here. 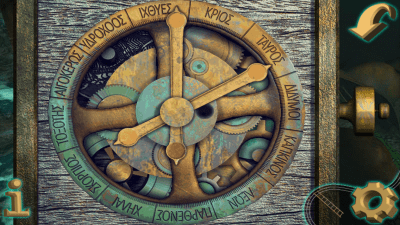 The sounds effects and music are also done really well, capturing the essence of each scene, from birds chirping to rushing water. I highly recommend playing with the sound on for complete immersion.

I should mention that on my second play-through I encountered a bug near the very end that prevented me from completing the game. However, this has been fixed in an update, so any new players should not encounter it. The only other issues I noticed were minor typos that had no effect whatsoever on the playability of the game. All the clues and puzzles were as they should be. It would be nice to have an in-game journal that records clues, but snapping screenshots along the way does the job in lieu of one. 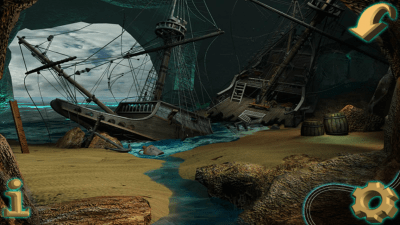 If you’re looking for a gorgeous adventure game that should last you a few hours, I highly recommend you download Adventure Beyond Time. At only $0.99, it’s a steal for the amount of quality gameplay you’re getting. [DKB url=”https://www.appunwrapper.com/BeyondTime” text=”Download” title=”” type=”” style=”” color=”green” width=”” opennewwindow=”” nofollow=””]

If you do get stuck, you can╬ô├╢┬╝Γö£├¡try my complete step-by-step walkthrough.