The Detail
By: Rival Games Ltd

As a fan of point-and-click adventure games, I was excited to play The Detail by Rival Games Ltd. Described as a crime noir adventure in an American city, the game advertises mature themes for mature players and ethical and moral challenges.

The game does live up to this description to some degree. You start off as a police officer breaking into a house of a known child molester on a report of a kidnapping. Once the suspect is caught, you take on the the role that you’ll be playing through most of the game, a bitter veteran detective with a bit of an (understandable) anger problem. You need to get the perp to talk, and it’s up to you to choose violence or to negotiate with him. All choices lead to the same result for the molester, but not necessarily for the detective. 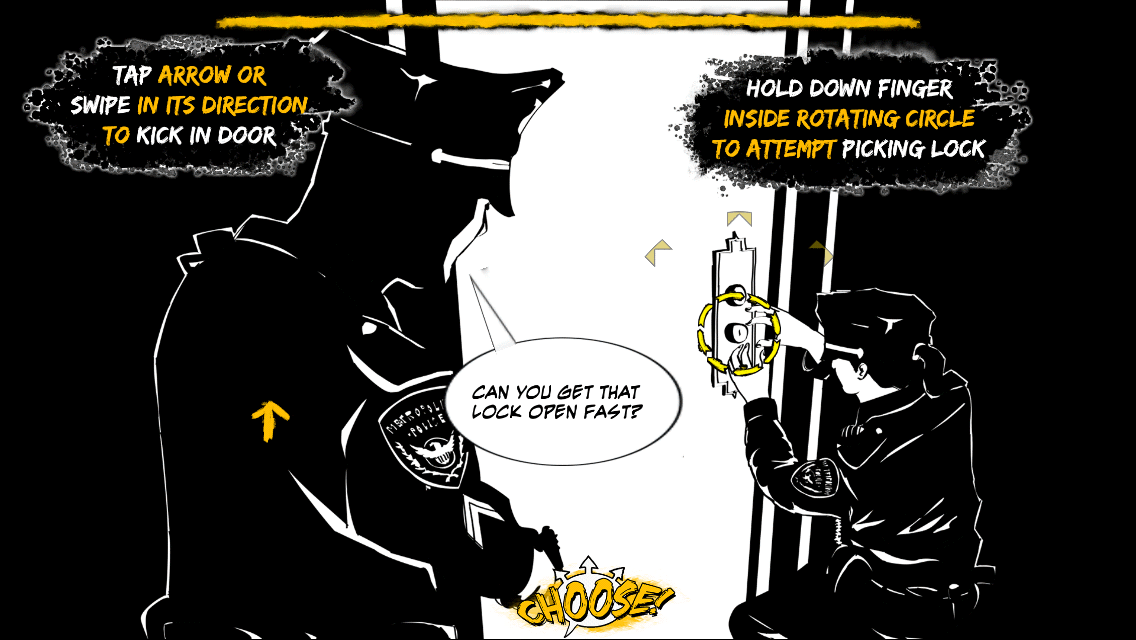 While these choices do affect the game somewhat, it seems that all choices eventually lead to the same ending. So you can try to be the better person, but I’m not sure it really makes that much of a difference in the end.

The game delivers on its mature theme in the form of a dark story and f-bombs galore. At some point you take on the role of a confidential informant (CI) putting his wife and child at risk to help the police. This is a unique take on the crime noir story, but it didn’t really have that much of an effect on me because of the way it was delivered. For a game dealing with kidnapping, police killings, and child molestation, it was surprisingly boring. I didn’t even flinch much when I saw a guy getting his face smashed into a hot stove, although that is one of the more shocking moments of the game. Oddly enough, I think my favorite part of the game was when the CI told his daughter a bedtime story and the player gets to choose how it goes. 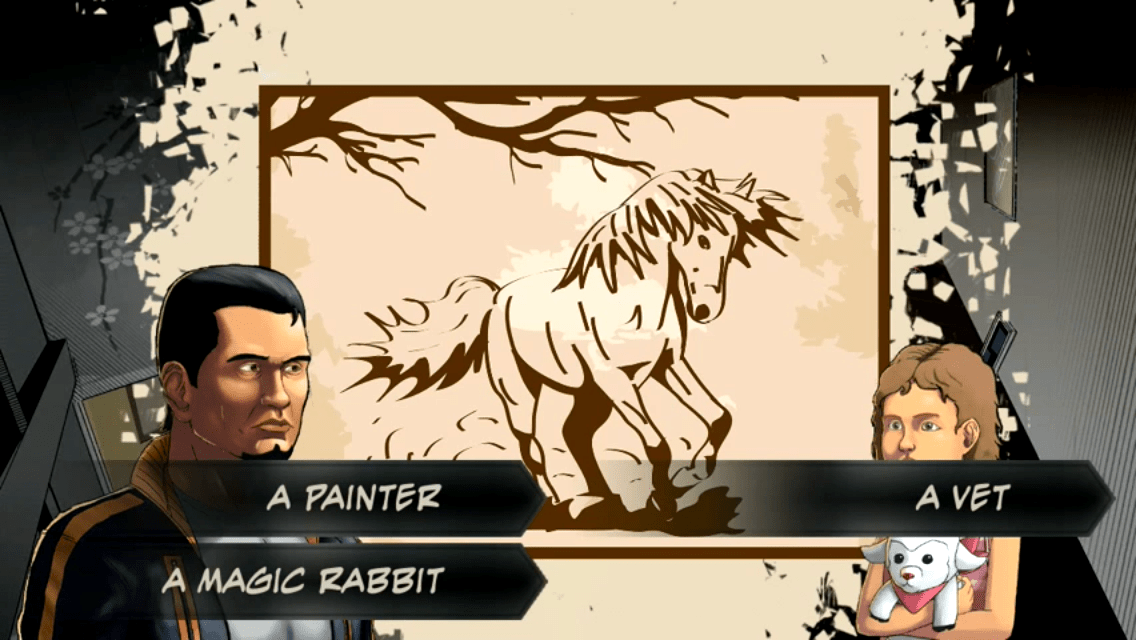 I like the art style, the way the game looks like an interactive graphic novel. Cut scenes are often depicted as artistic black-and-white comic strips. The problem is the pace. Often a climactic scene — like a cop chasing a thug — will be in slow motion, as you first watch the panel play out and then have to tap to see the next panel. This killed the mood for me and, quite frankly, was putting me to sleep. I played about half an hour of the game when I first downloaded it, and then didn’t touch it for another week. At that point, I played for another hour and was a bit relieved to have completed the episode. 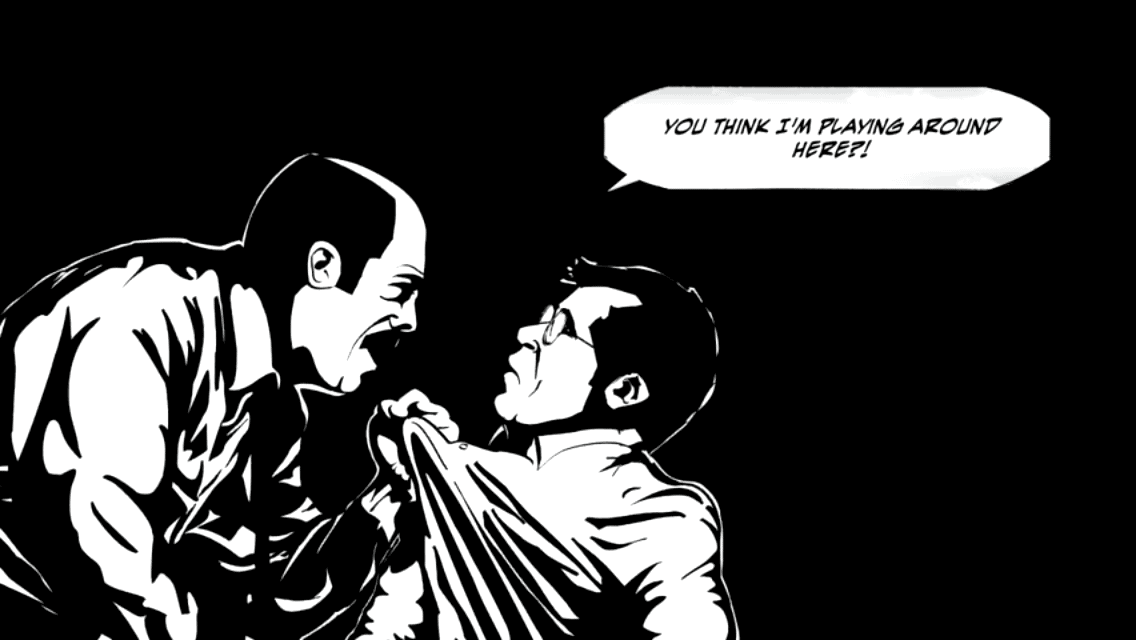 A huge reason why the game felt so flat (no pun intended) was because it’s mostly silent except for some incredibly boring music. I guess it was supposed to sound all gloomy and depressing to fit the mood, but it just sounded very generic. It wasn’t interesting enough, especially as the only sound in the game. And it was on this weird loop where it would play through, go silent for a while, then start up again. There’s no voice acting in the game, and no sound effects that I can remember, even during the shootouts. Shutting the music and having complete silence seemed worse. I wish they went that extra bit further and added at least some sound effects like sirens and gunshots to make the game more immersive. As is, it felt like I was reading a graphic novel to elevator music. You can see what I mean in this video (spoilers inside):

I really wanted voice acting. I think it would have made a world of a difference for this kind of game and kept me more interested in the story and the characters. Without out, it seemed like the characters didn’t have much personality. The dialogue felt a bit bland at times, and the lack of sound effects or voice acting just compounded the matter. The characters felt flat and I didn’t really care much what happened to them. 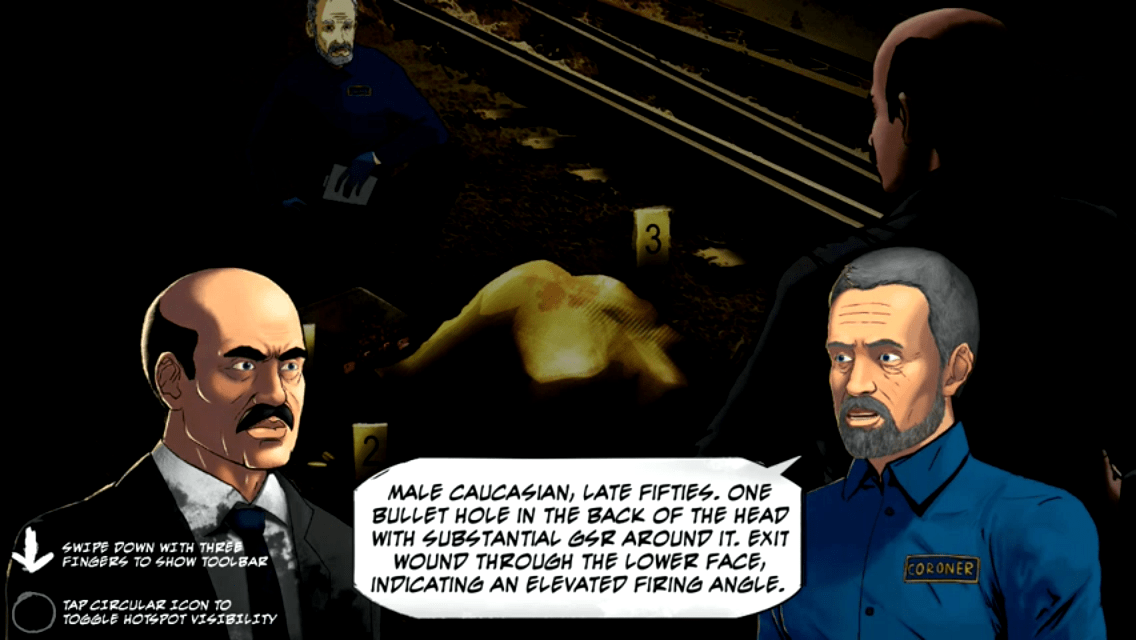 The episode ends on a huge cliffhanger, and the most interesting part of the game. I am curious to see what happens, but I’m not sure I’m curious enough to deal with the slow pace and agonizingly boring music. I hope something is done about this for the next episode, because the game shows a lot of promise. I also wouldn’t mind some puzzles to make it more of point-and-click adventure game, as the interactivity is mostly just dialogue choices.

If The Detail still sounds like something you’d enjoy, you can download it here.[DKB url=”https://www.appunwrapper.com/TheDetail” text=”Download” title=”” type=”” style=”” color=”green” width=”” opennewwindow=”” nofollow=””]

COPYRIGHT NOTICE © AppUnwrapper 2011-2018. Unauthorized use and/or duplication of this material without express and written permission from this blog's author is strictly prohibited. Links may be used, provided that full and clear credit is given to AppUnwrapper with appropriate and specific direction to the original content.