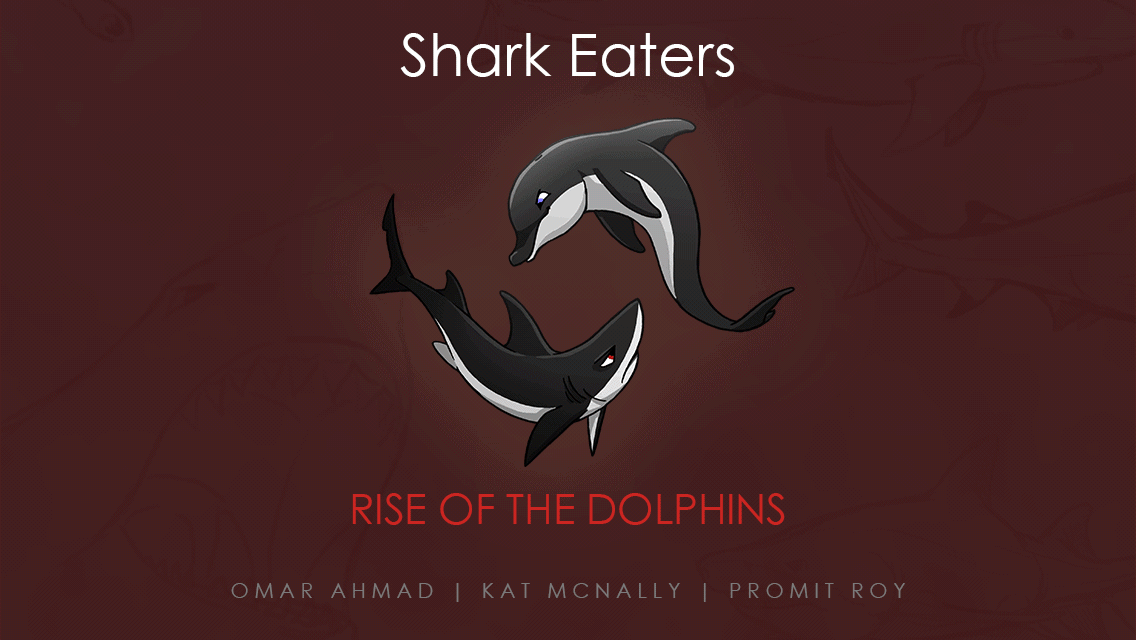 A few months back, I wrote about a game called I Am Dolphin that I couldn’t stop playing. Since then, the game has gone through a few iterations, some big and some small. Perhaps the biggest change is the name. It is now called Shark Eaters: Rise of the Dolphins, which does capture the essence of the game more precisely. While you are playing as a dolphin, it is primarily an underwater battler, and you do gobble up sharks. 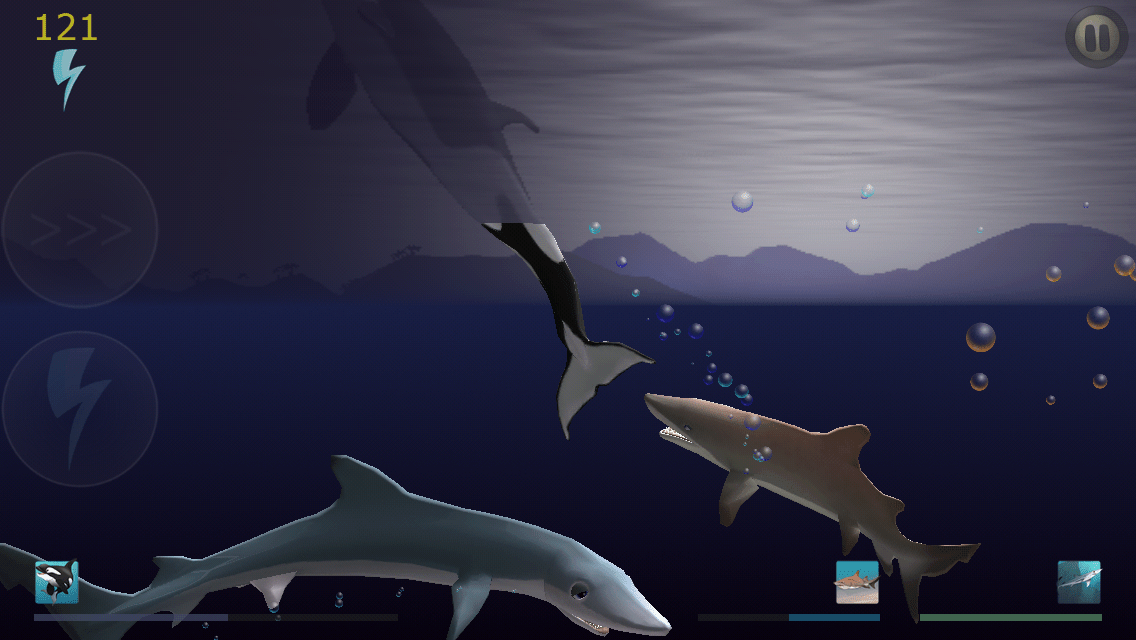 Along with the new name, there were quite a few gameplay and aesthetic changes. The most noticeable gameplay addition was the tail bolt. This added a second button to the left side of the screen, below the boost. When tapped near an enemy fish, it briefly stuns them. It’s useful if a shark is right behind you, and you need to get him off your tail. In order to balance out this new power, it was given limited use as a consumable. Players can either trade in the pearls they earn from winning a battle or play the jumping mini game to earn bolts. A star system was also introduced, scoring each battle with one to four stars. Getting bitten and/or using a tail bolt will lower your score, and taking down all enemies without getting bitten or shooting off any bolts will earn you a perfect four-star score. This adds challenge and replay-ability for the more skilled players. 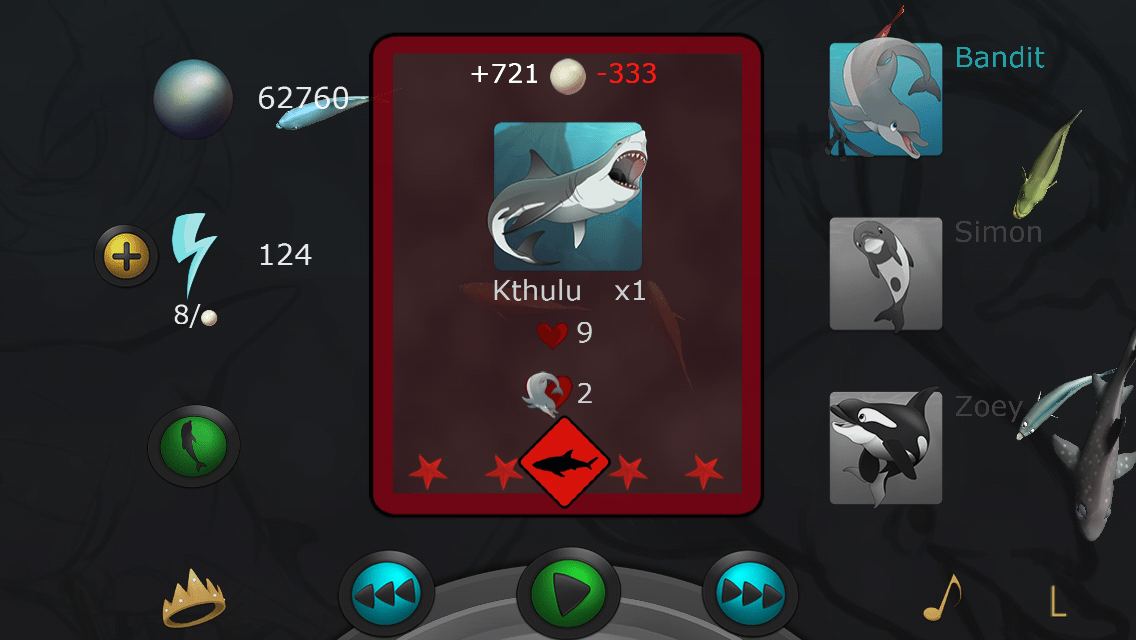 The problem with this new mechanic is that they made the battles more difficult in order to compensate. The bolts became necessary in battles where they previously were not. I didn’t like this, because it made the game feel more reliant on these consumables instead of skill. But the lead developer, Omar Ahmad, has been in close contact with players — including myself — and adjusted things in the latest update that just got released. Now, the bolt is there as an option, but it’s not necessary. Except for the occasional mis-tap that throws out a bolt instead of a boost, I’m actually really glad it’s there. It enabled me to complete the game, and now I can go back and try to improve my score on levels where I used the bolt. I would love to see a way to move, resize and even remove the bolt button, but that doesn’t make or break the game for me. 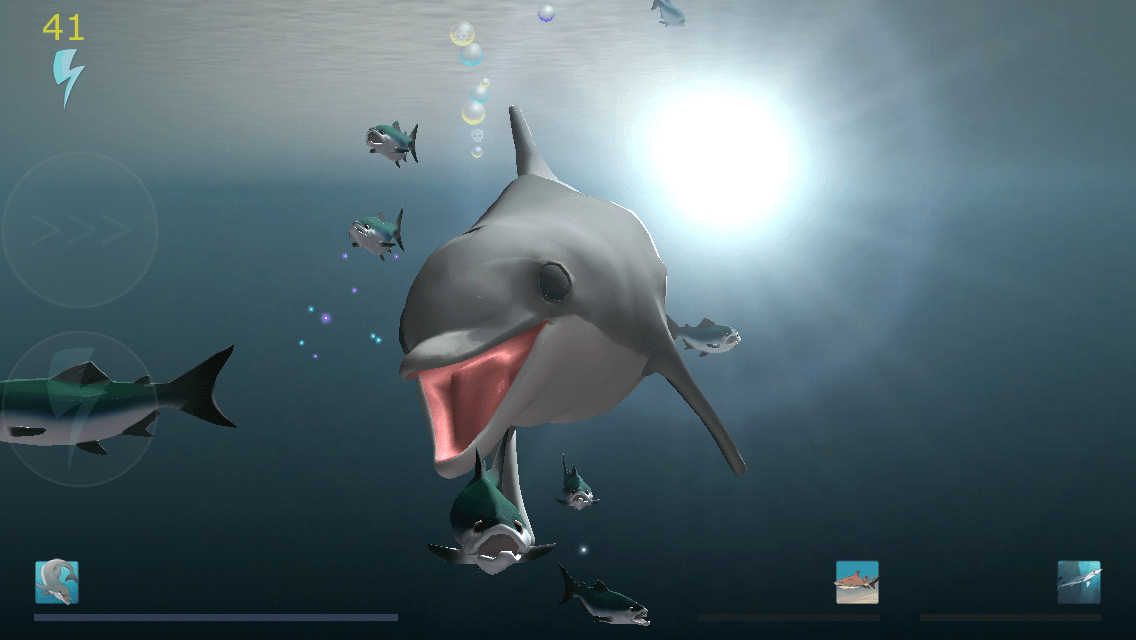 Aesthetically, a koi pond was added to the main page where you can watch fish swim around from a top-down perspective. Tapping a fish makes it swim faster, adding a bit of interaction to it. Fireworks were also added when you win a battle, giving it some extra flare. There are even little skull-shaped bubbles for those with a keen eye. These are all really nice touches that are done tastefully so as not to make the game too flashy. You can see the game in action here:

Some of the aesthetic changes also affect the gameplay. For instance, fish and sharks now leave trails of colored bubbles that make them easier to track. This was probably added because some players complained that the dolphin went off-screen. The second update changed the camera to stay with the dolphin, so the colored trails helped keep tabs on the enemy fish. Personally, I preferred the old camera and had difficulty with the new one. It didn’t feel right to me. Again, the developer listened and found the sweet spot that should work for most players. The latest update is much more enjoyable, combining the best of each of the previous versions. 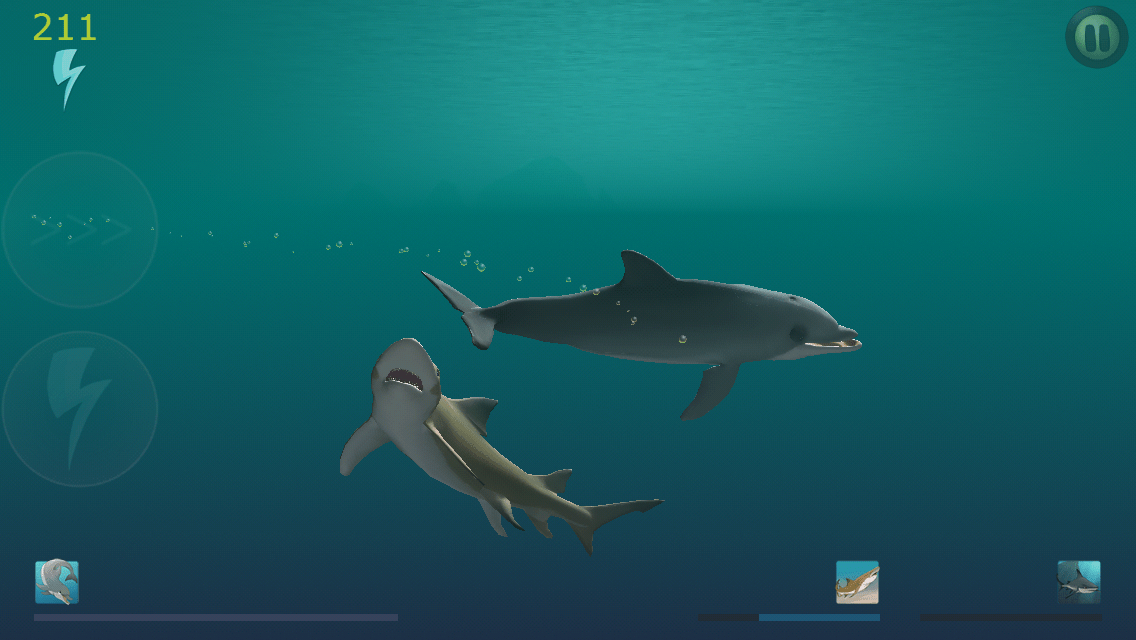 Another major change is that the cards are now played in a linear fashion. Whereas I Am Dolphin let you skip battles you found too difficult and just play the easier ones, Shark Eaters forces you to win a battle to unlock the next one. However, you can now go back and replay any of the older cards for practice and/or pearls. This works much better, giving a stronger sense of progression while still allowing players to choose easier battles. 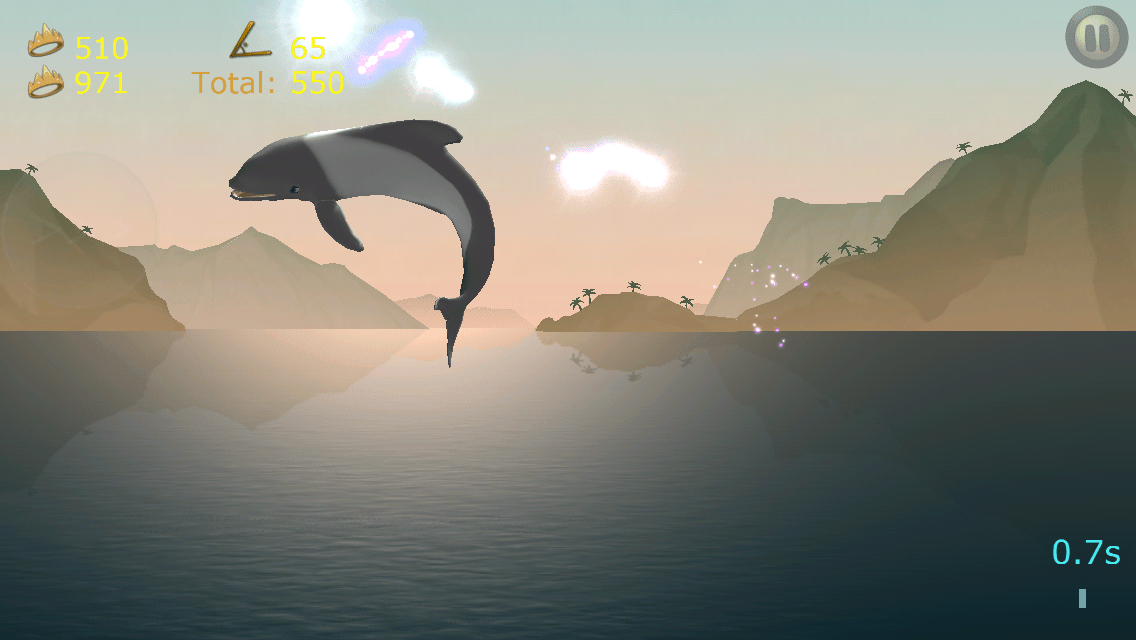 While I was too frustrated with the second update to enjoy it, the latest update won me back. I appreciate that the developers took the time and effort to improve upon the game and make it accessible to more players. It’s this attention and care that makes me excited to see what else they have in store, both for Shark Eaters and their future games. If you haven’t played the game yet, I suggest giving it a try, as it’s so different from anything else out there. If you already own it but found previous versions too frustrating to play, I highly suggest giving it another go with the new controls. It’s the best version of the game yet.