While I’m a big fan of conventional point-and-click adventure games, I get much more excited when a developer does something different, especially when it takes advantage of the iDevice features. So when I heard of the game Criminel, I was very intrigued. It’s advertised as a murder mystery game set in 1890’s Paris, where players take photos of crime scenes to solve the cases. This sounded like a very unique approach to the genre, so I was eager to play it. 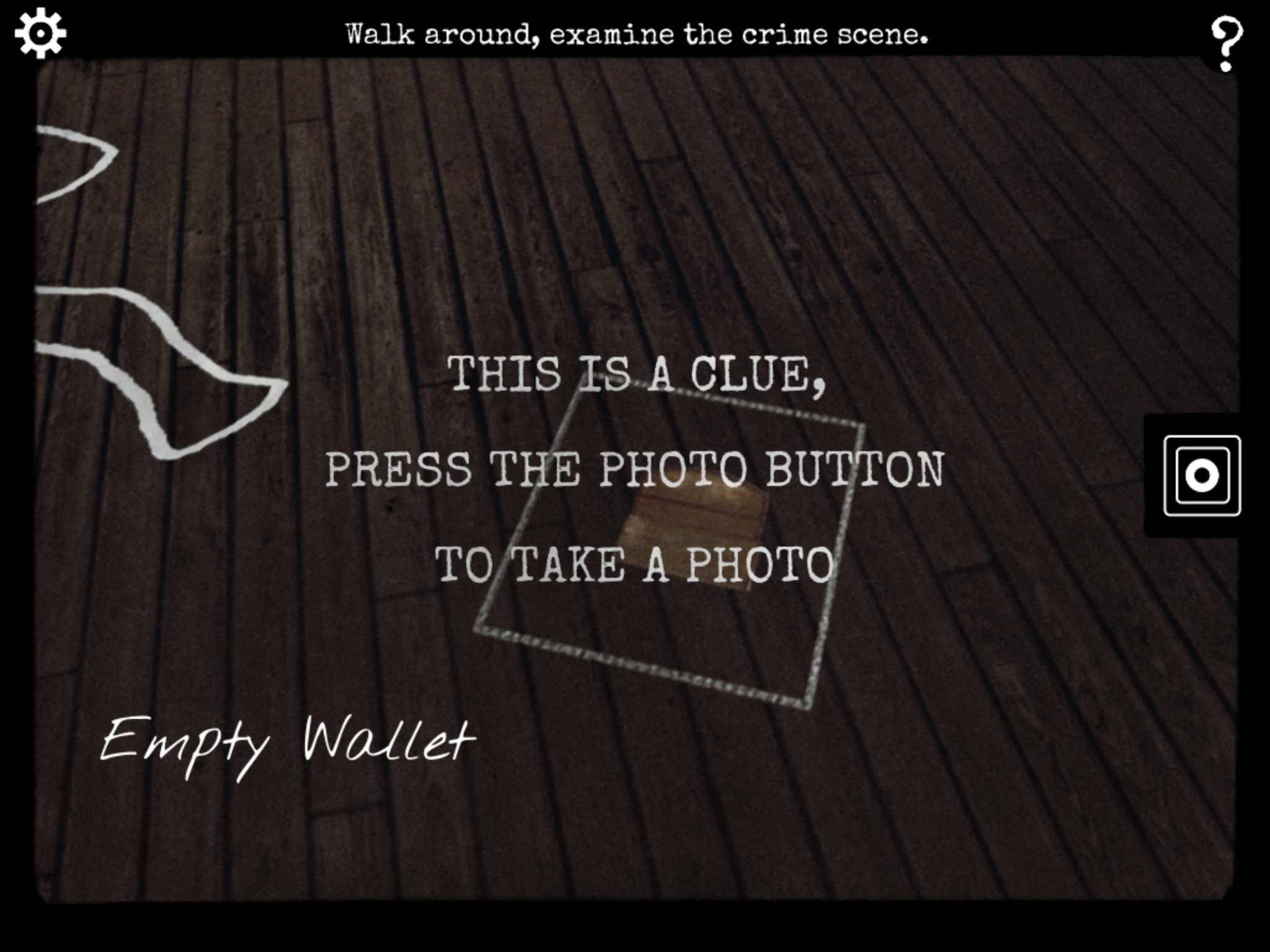 The game certainly is something different. You start off with a fake crime scene that works as a tutorial. You’re told to walk up to the four items and snap photos of each. The next stage is to examine the photos, then look through any witness reports, and finally to choose a suspect. If you got it right, you continue on to the next case. There are five cases in all, following the same formula. You can access each case from the menu, but if you quit in middle of one, the game doesn’t save your progress. But the cases aren’t so long that this should be a deterrent. There is also a nice twist ending that weaves all five cases together into a satisfying conclusion. 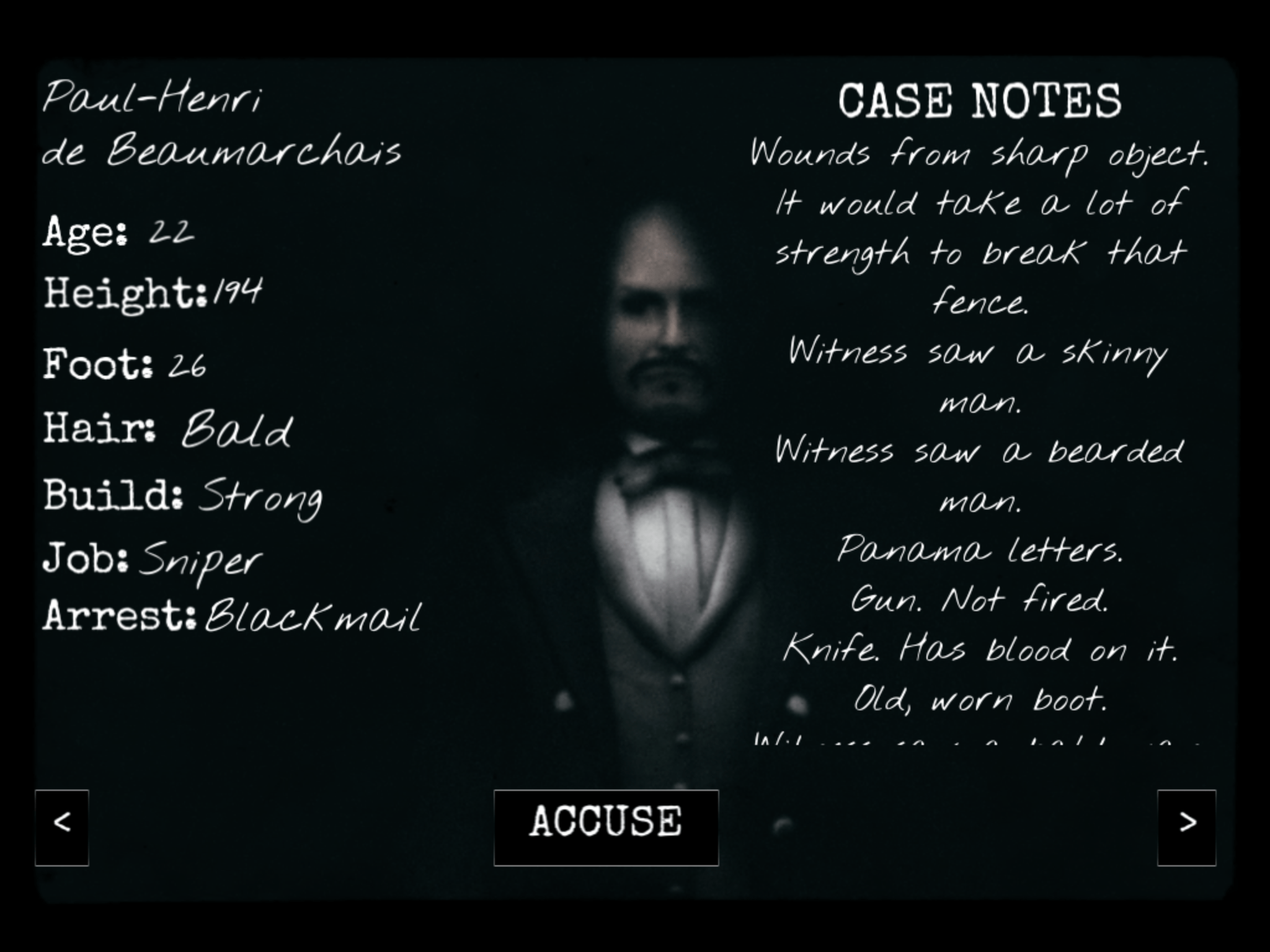 In between each of those stages, you walk through a red hallway that seems to be used to give you some time to read up on the storyline and mull over the evidence, but not much else. Although those hallways are atmospheric, it feels like a waste of time to me, something added just to pad out the game a bit. The snail’s pace at which the character moves doesn’t help matters, and that’s an issue even at the crime scenes. Additionally, the controls sometimes don’t respond well, forcing me to adjust the camera before I could get my taps to register and move me forward. 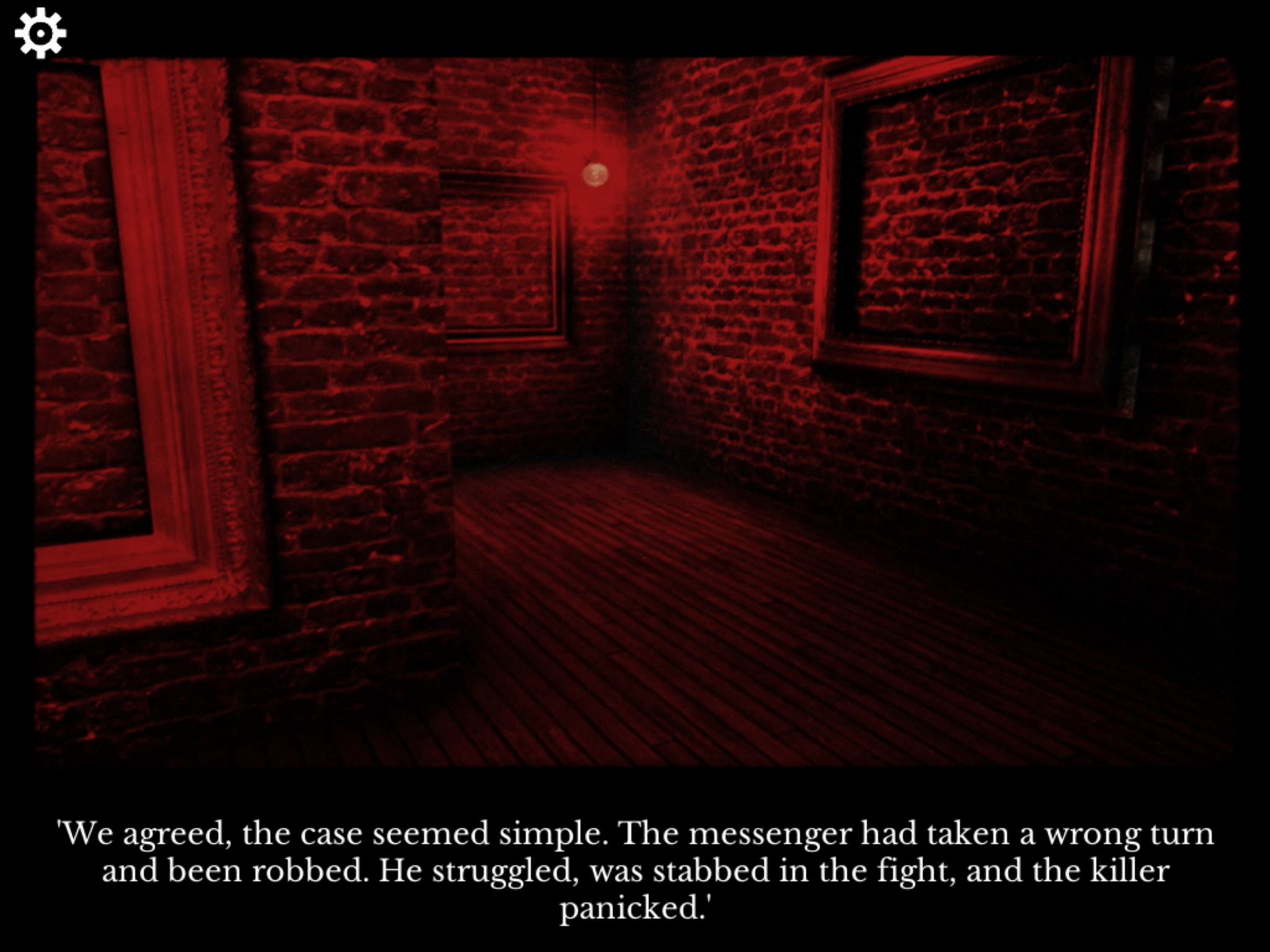 The 3D graphics are intentionally grainy to give that old camera effect, and it works well with the game. The dark, gloomy atmosphere is also spot on. I do wish the environments would allow more interaction, though. You can’t actually do anything in a crime scene other than walk around and look for the evidence, at which point the camera option will automatically appear. You can only take photos then, and sometimes you need to be over the evidence at a certain angle for it to register, so you might end up going over the same spots just to make sure that wasn’t a piece of evidence. But the graphics, for the most part, are very effective. The corpses are played by real people, and they’re quite convincing. 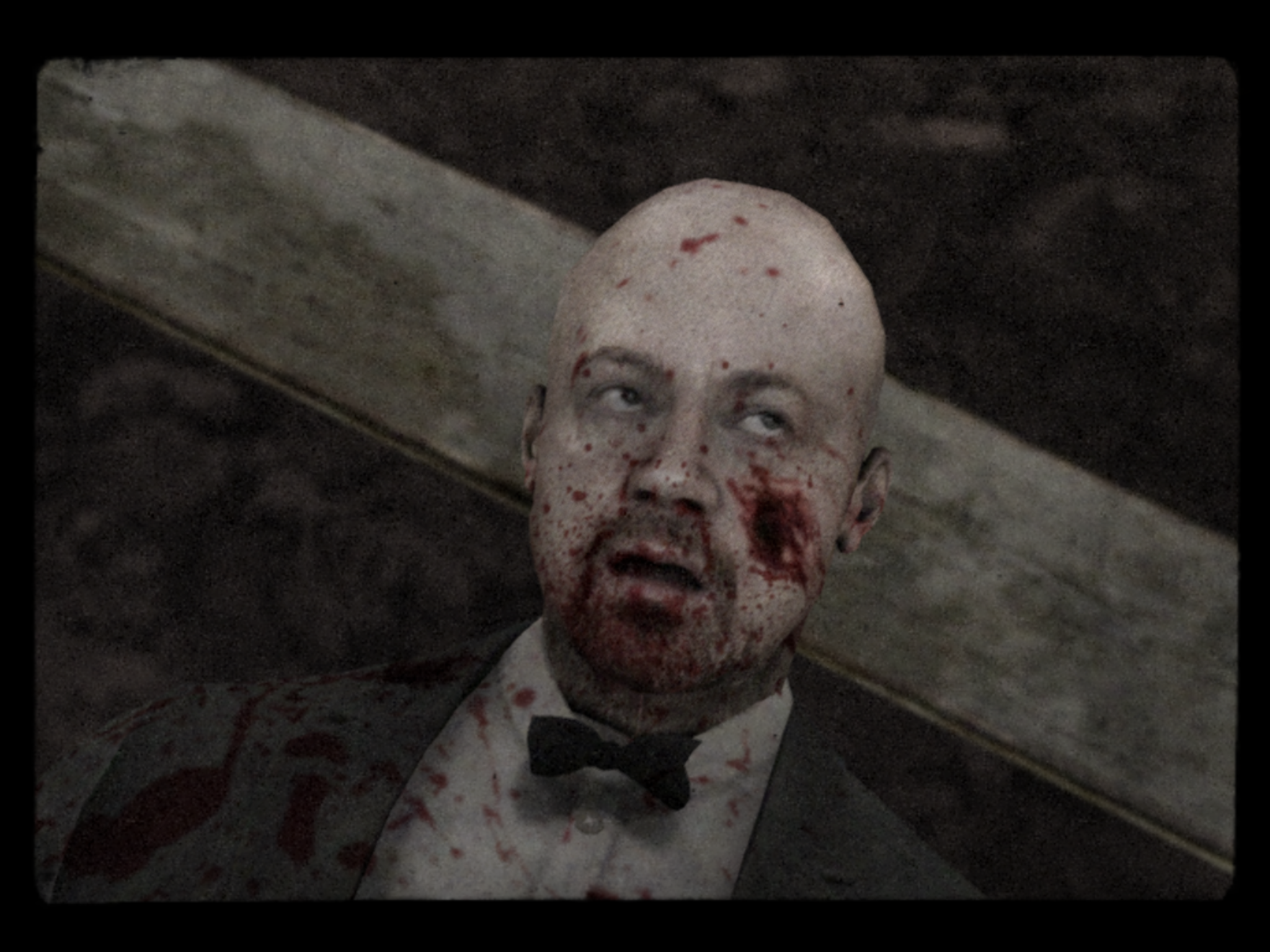 The strangest aspect to me, by far, is how the other characters in the game act. The detective and police chief creep me out far more than any of the bloody corpses, because they look realistic but never open their mouths when they speak. They just dart their eyes all over the place. Why aren’t they looking at me when they talk to me?  In screenshots, they look great. But it’s weird and distracting when their face remains completely still except for the eyes, like victims from the movie House of Wax. The eyeball thing was probably meant to make them seem more realistic, but I think it would have been better off without that or with more facial movements. Other bodily gestures would have also been welcome. Max, the detective, stands with his arms crossed the entire game. Didn’t his mother ever tell him that’s rude? 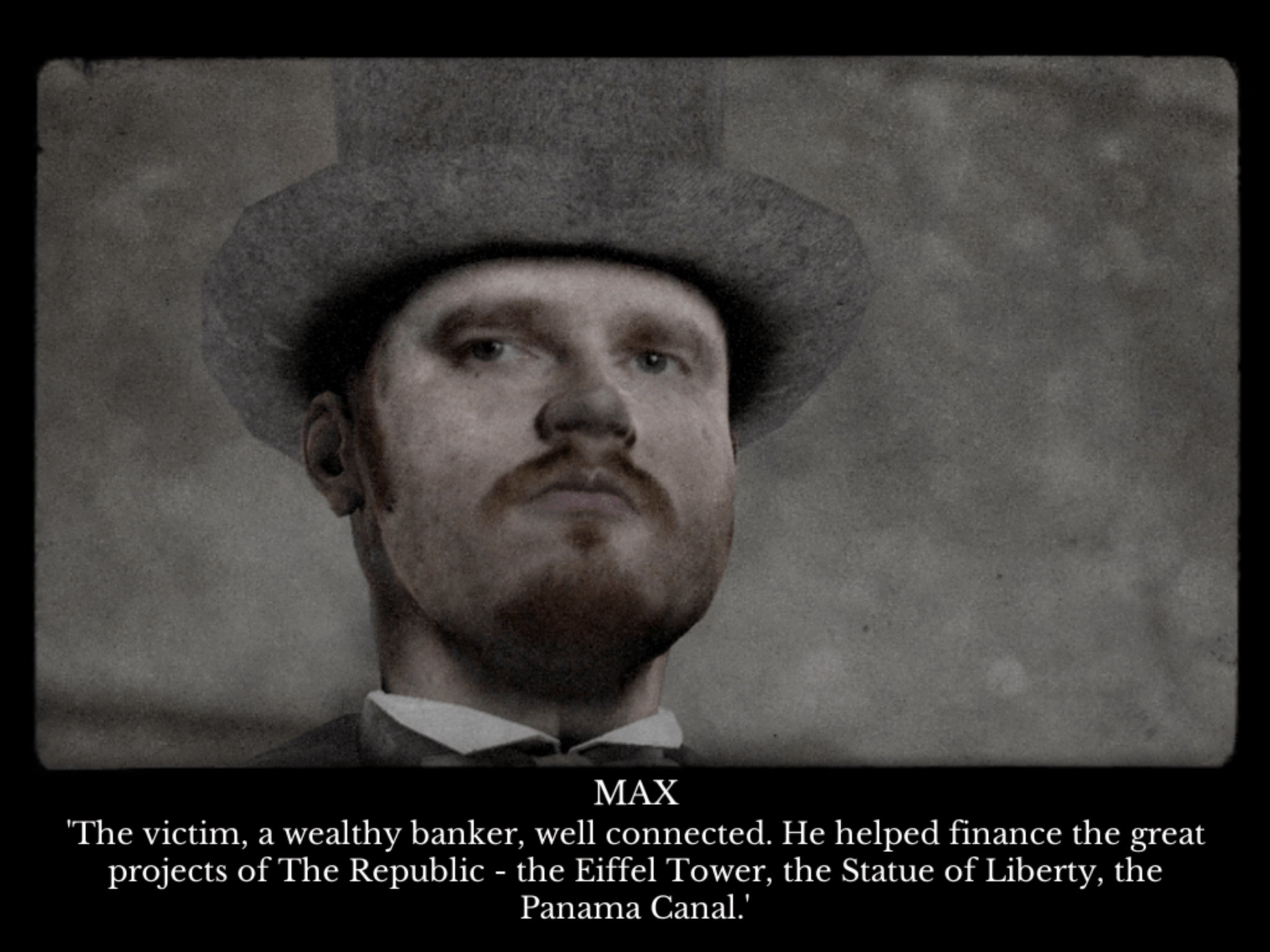 There were some other aspects of the game that make it feel like more of a demo. It’s a pretty short game, and you don’t really have much freedom. You’re mostly led by hand straight through everything. You do need to give some thought to choosing a suspect, but as long as you pay attention to the evidence, it shouldn’t be that challenging. Also, the suspects in each case all look the same, dressed in the same tux, instead of fitting their descriptions. This just adds to the feeling that the game isn’t really a finished product. I was left feeling that this was the start of something that could have been so much more.

Overall, the game still offers a unique experience, and there is a lot to like here. But I wish it had been more fleshed out to feel like a proper game, instead of a demo. If you think it sounds like your type of game, give Criminel a try and download it here.[DKB url=”https://www.appunwrapper.com/Criminel” text=”Download” title=”” type=”” style=”” color=”green” width=”” opennewwindow=”” nofollow=””]

If you’re already playing the game and need some help with it, try my complete walkthrough.

Tales of the Sanctuary: Chapter 1 Walkthrough