**Update: Forever Lost Episode 3 is out! You can see my review here and my step-by-step walkthrough here.**

As some of you may know, I have a bit of a dev crush on Glitch Games. I’ve been following their work ever since they released The Hauntening, which was a quick horror game they made as part of a 48-hour development competition. It featured rocking horses, flickering lights, scary clowns and a really creepy voice. It wasn’t a full game so much as a demo, but it set the tone for their future games. They released it on the App Store for free just to see if there was any interest for more like it. I guess they got the response they wanted, because they soon launched Forever Lost Episode 1, the first part of a full-fledged creepy and atmospheric point-and-click adventure game that has you wandering around, trying to figure out exactly who and where you are. 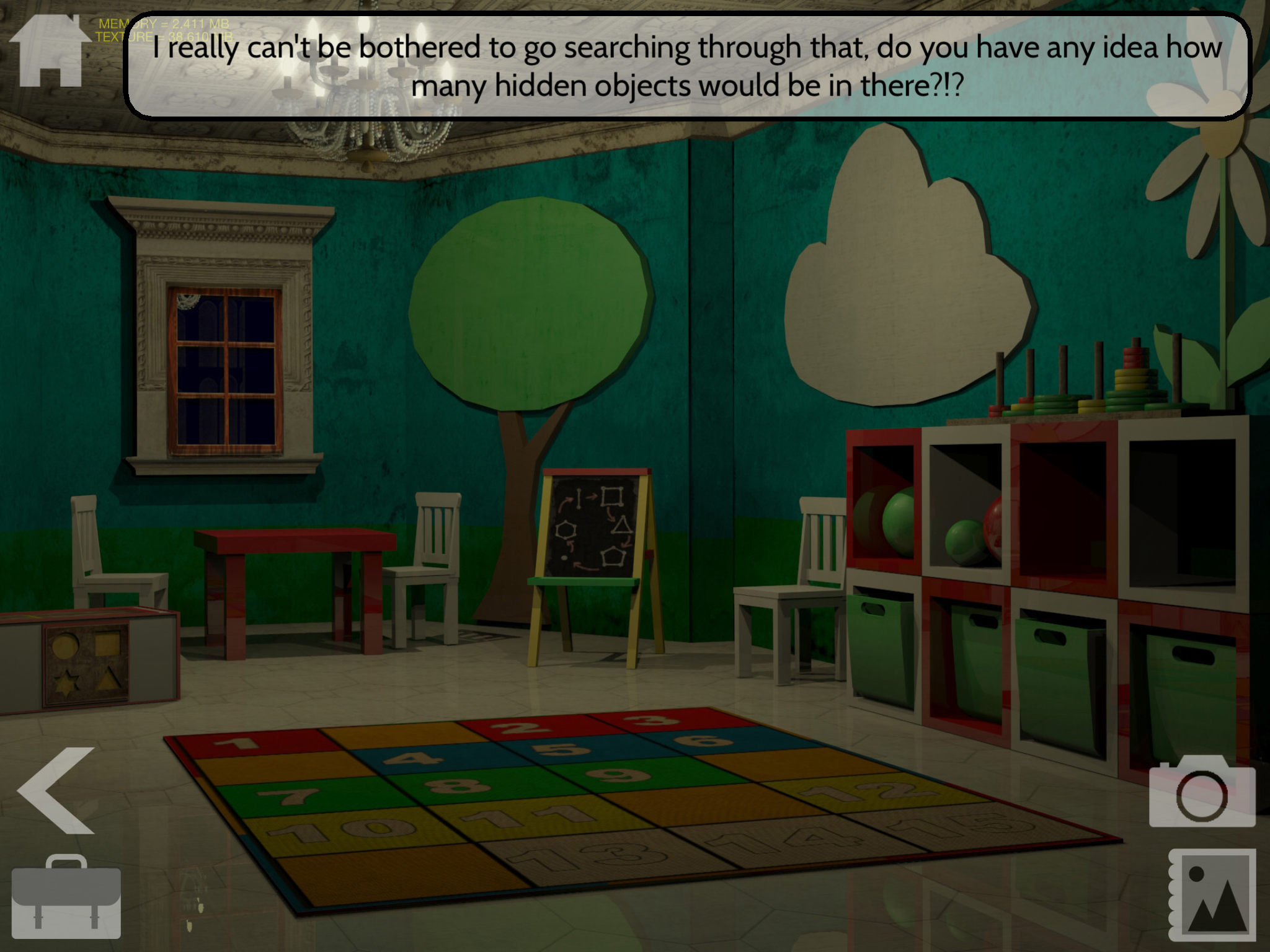 The third and final episode of Forever Lost has been in production for quite some time now, and is almost ready for release. I was told that they expect it to be out this spring — as in this season! I’ve been lucky enough to be one of their beta testers and was given the go-ahead to share some info and screenshots with you. But don’t worry, I won’t spoil much. I haven’t completed the beta yet, as I’m trying to savor every second of it. But just from the locations I’ve seen so far, items I’ve collected and puzzles I’ve solved or didn’t solve, this is turning out to be quite a massive game that should please new and old fans alike. Forever Lost is a dark, gritty series, and the third episode continues that theme. It takes place in insane asylums and dark woods. You won’t see many lush landscapes or cascading waterfalls (edit: there is a waterfall, but I’m not sure it can be considered “cascading!”). What you will find are some deliciously clever puzzles that include a generous helping of puns, something Glitch Games have become well-known for, both as asides and as riddles. The same Glitch humor we’ve grown to love is found in Episode 3. These developers have a way of combining a dark atmosphere and heavy storyline with some self-aware jokes. They like to break down that fourth wall and remind you that you’re playing a game, and you’ll sometimes even encounter their logo on things, like Glitch Tokens. You will see some familiar images and themes (like rocking horses), but there’s also quite a bit of new material here. So far, I’m really impressed and don’t want it to end. 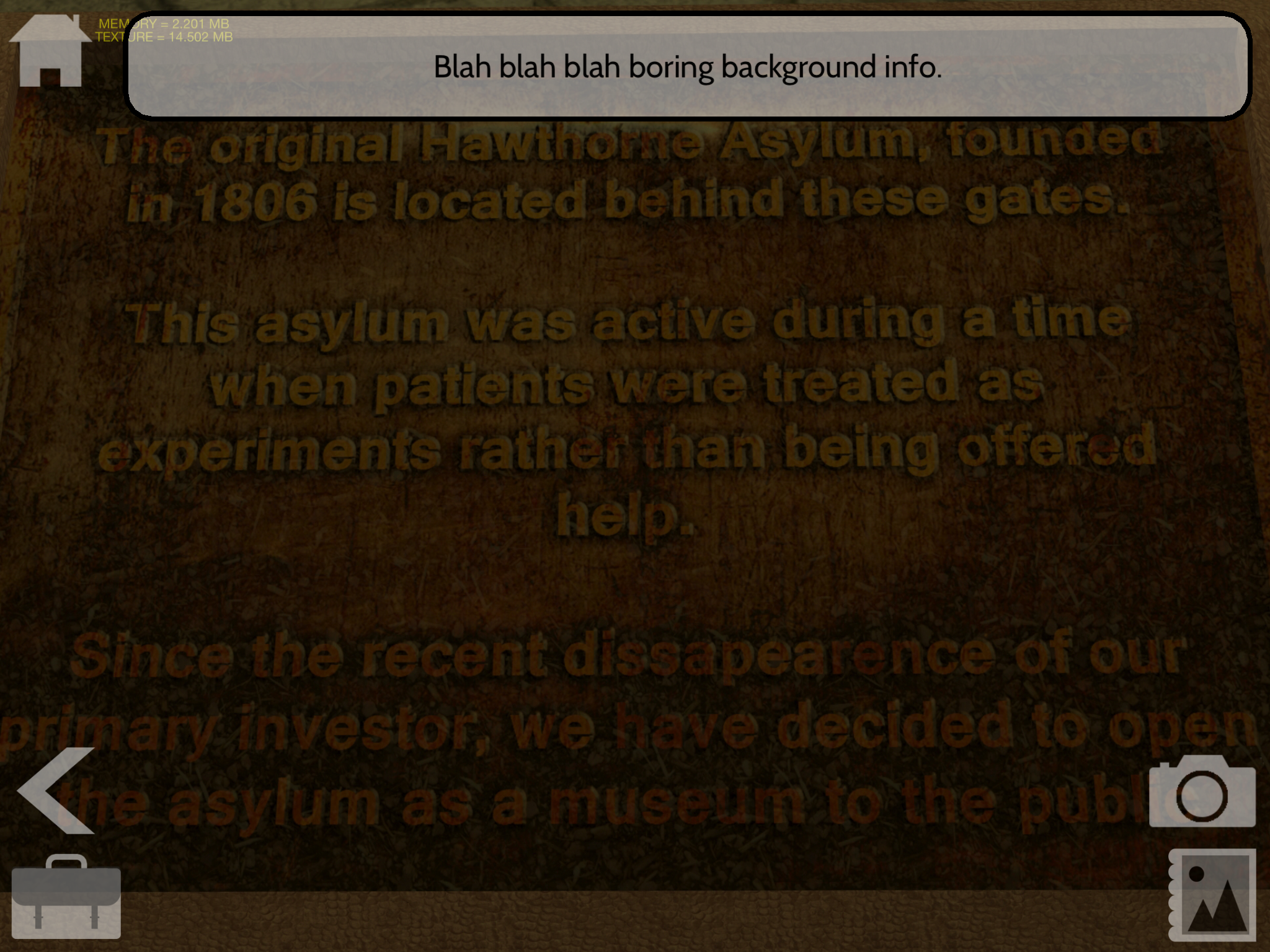 Forever Lost Episode 3 also features the familiar Glitch Camera, which makes it easy to record all clues you find and then bring them out to use as needed. Considering how huge this game is, it’s basically a necessity. I’ve sat down several times already and just flipped through all my photos to see if anything pops out at me. The user interface has been improved upon to look sleeker and the visuals are sharper and more detailed. Those who’ve played Cabin Escape will recognize both from there. The game also sports an original soundtrack by Richard J. Moir, the composer behind the music for Forever Lost 2, Cabin Escape and Ferris Mueller’s Day Off. The music is perfectly atmospheric and loops through about 10 tracks to keep it from getting stale. I was told that they want to add even more! A quality soundtrack makes a huge difference in a game, so I’m glad they went this route. I don’t want to say much more right now, but I’ll have a proper review up when the full game is released. For now, enjoy these (mostly) spoiler-free screenshots below and watch this space for more news.

Disclaimer: What I’ve been playing is a beta version of the game, so all images and information are subject to change. 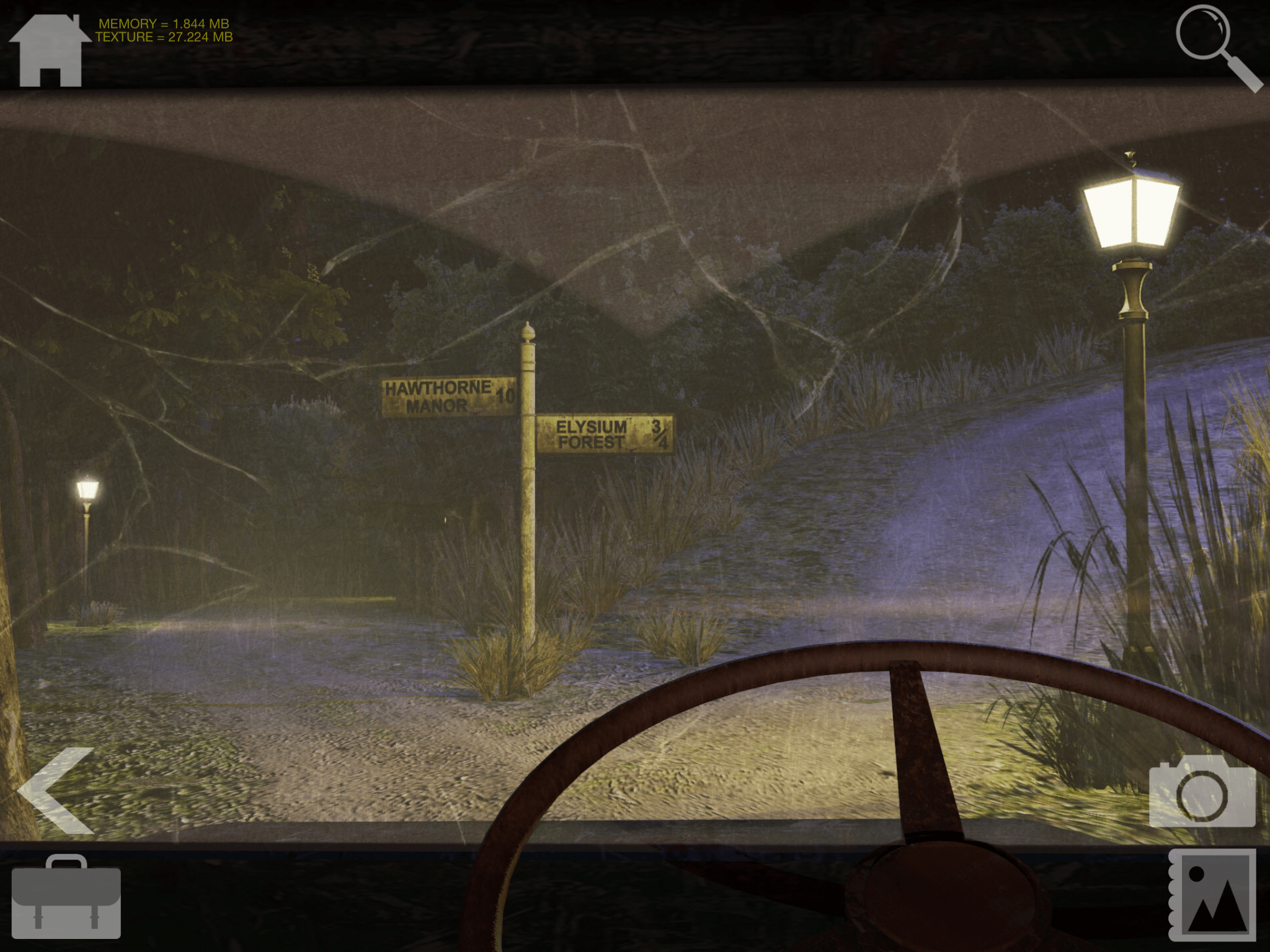 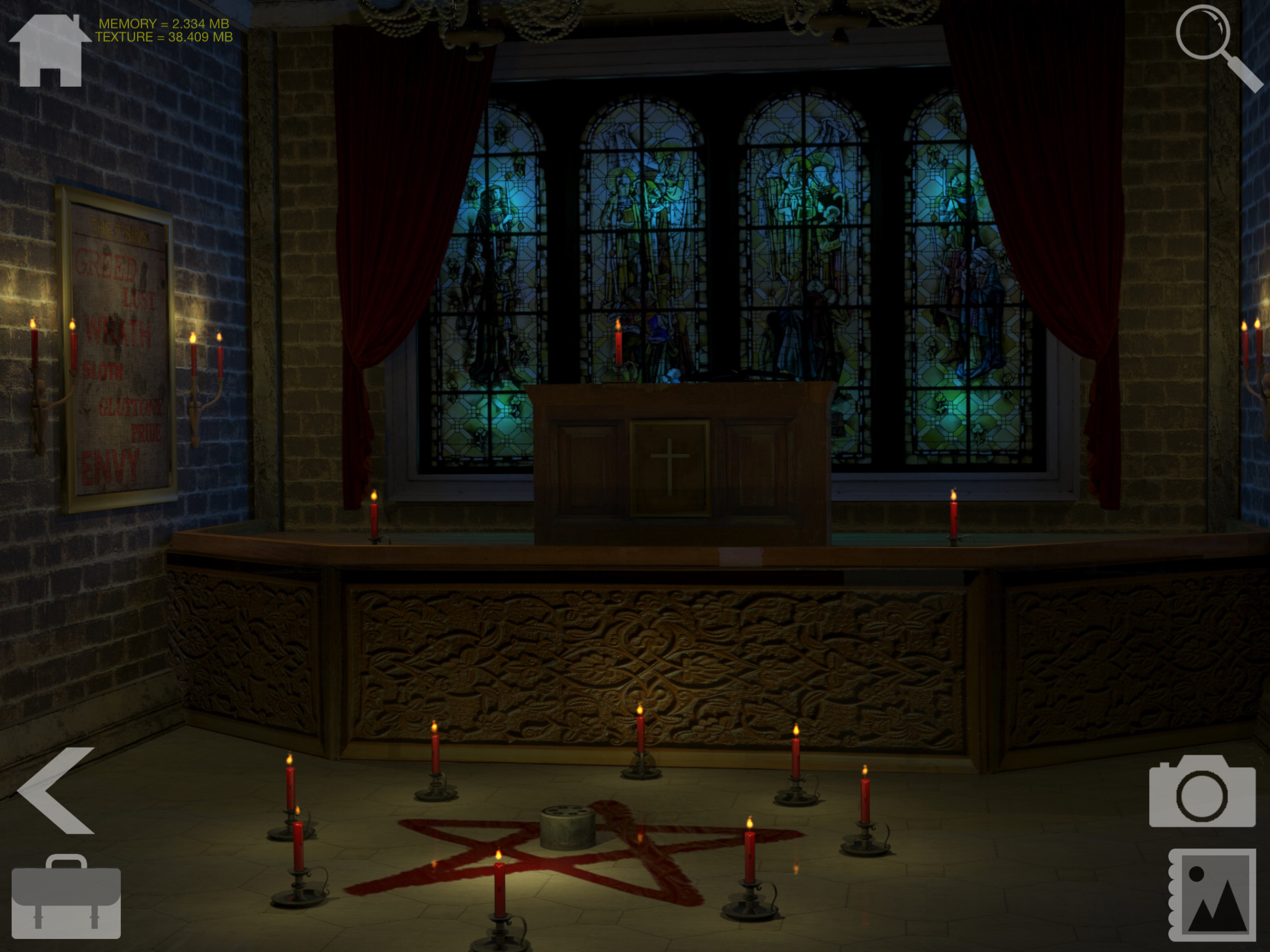 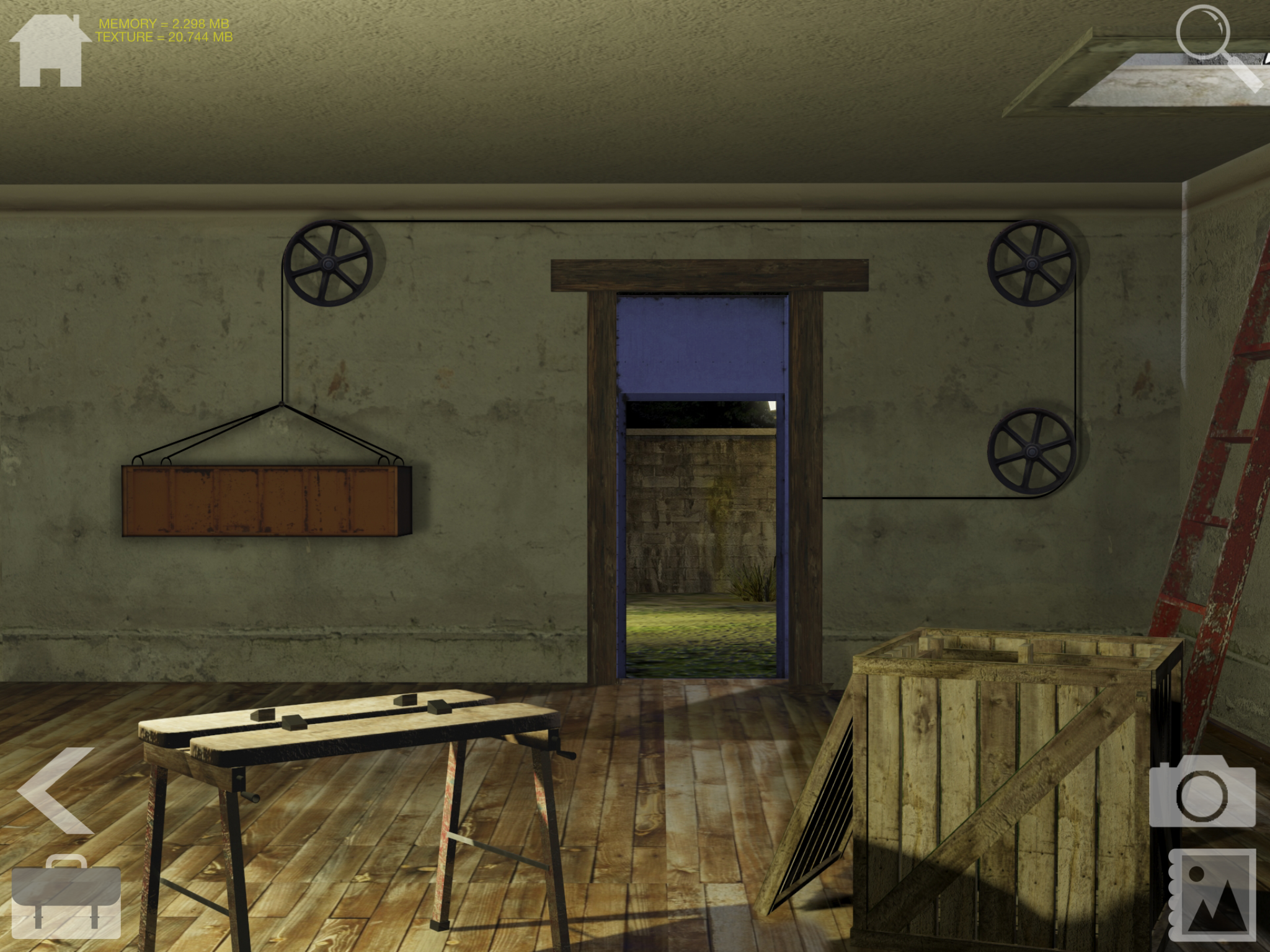 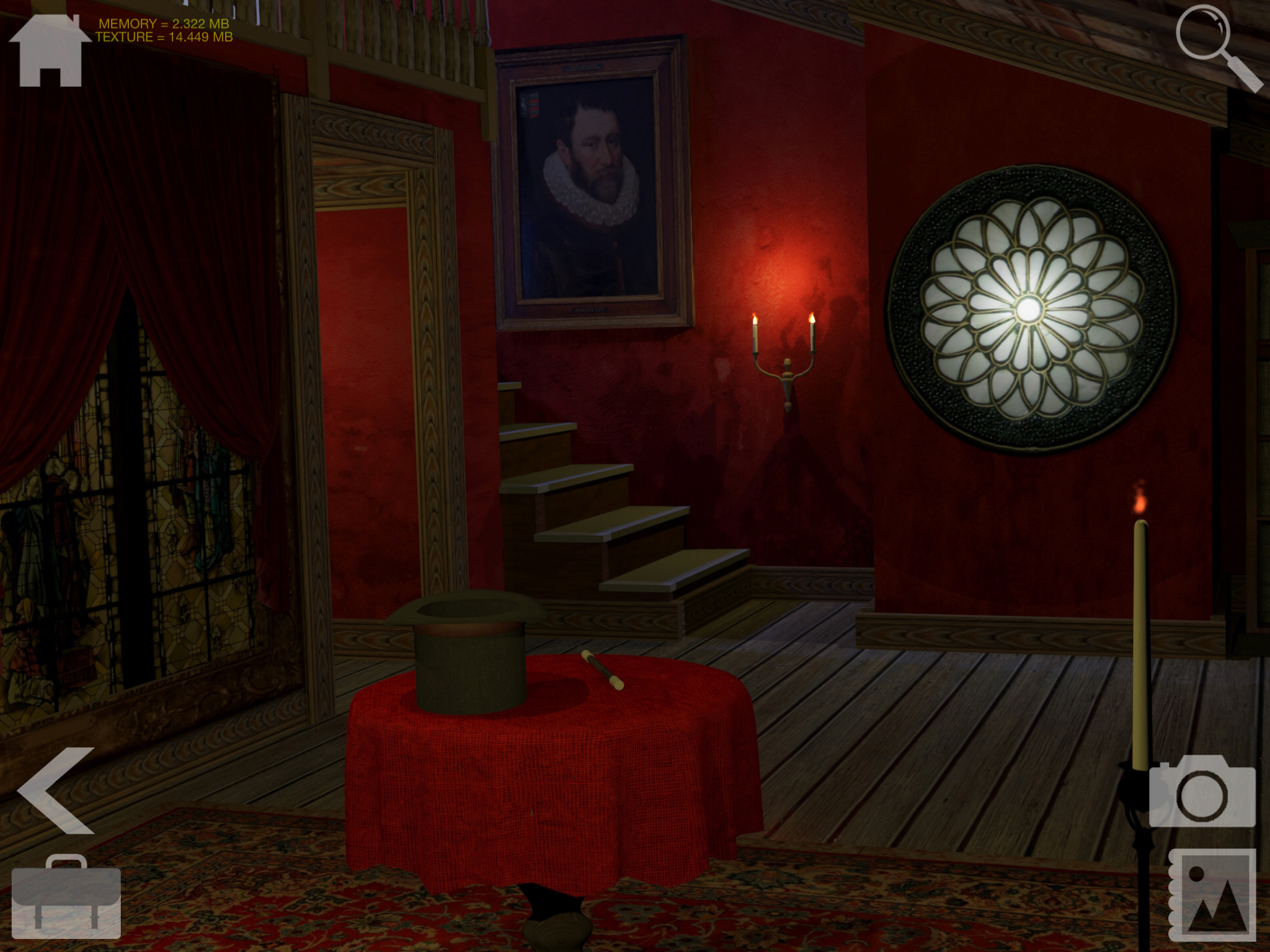 They now added a little teaser trailer, as well!

Note to beta testers: I know you’re used to coming to me for walkthrough help, and I’m honored. 🙂 For obvious reasons, I don’t want to post any hints here. If you email me (appunwrapper@gmail.com), I’d be happy to help if I can. But for the beta, please report back to Glitch Games when you get stuck, as the feedback will help them determine if any puzzles need tweaking. I don’t want to skew their beta testing results by giving everyone help without their knowledge. Thanks. 🙂

Want to know about other upcoming point-and-click adventure games? See my list here.