I’ve been playing the superb dungeon crawler Legend of Grimrock by Almost Human on my iPad Air 2. While I’m still fairly early into the game, I wanted to provide some tips and tricks that have helped me so far. Some I discovered on my own and others I picked up from other players.

Saving: This game allows you to save anytime and anywhere. There also seems to be an unlimited number of save slots. I suggest creating new save slots frequently, because you never know when you’ll need to go back to an old save. Sometimes, defeating a tough monster can be just about reloading a save file over and over until you can do so.

Hidden/Secret Rooms: There are a lot of secret passageways and hidden rooms in Grimrock. Make sure you look carefully for levers or buttons in the wall disguised as bricks. It’s easy to miss them, so scour every inch of the dungeon! Just tap them with your finger to press them and see what happens! 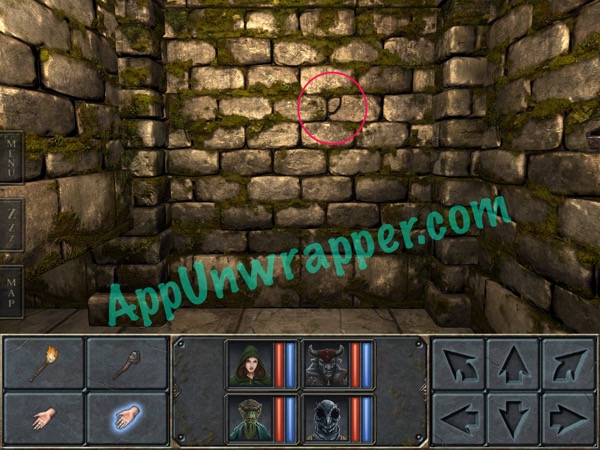 Light: You need torches to light your way. First of all, make sure to put one in one of your party member’s right hand so it doesn’t take up a combat hand. Also, the torches do burn out. But if you put a nearly-dead torch in a torch holder on the wall, it will give off full light. So you can go around and swap out old torches for new ones, making sure you still have torches on the walls just in case. Also, if you have a spell caster (Mage), with 5 skill points in Spellcraft, you can cast the Light spell at any point, like so. Select the top middle and middle runes and then press the little light icon to the right. 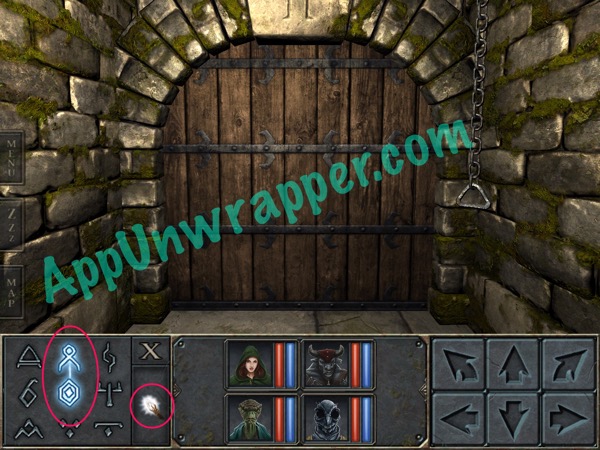 The second hand only works for thrown weapons if you have thrown weapons in both hands. You can not dual-wield two melee weapons, so you’re better off holding a shield in the other hand.

If you need to get to a floor above you, you’ll have to walk all the way back to the stairs. There are no shortcuts. So to avoid a lot of backtracking, make sure you’ve gotten everything from the current floor before you head down to the next one.

While you can save at any point using the menu, there are blue crystals on each floor that, when tapped on, will revive any dead characters and save your game. So as long as one character survives and you can make it to the crystal, you’ll be ok! 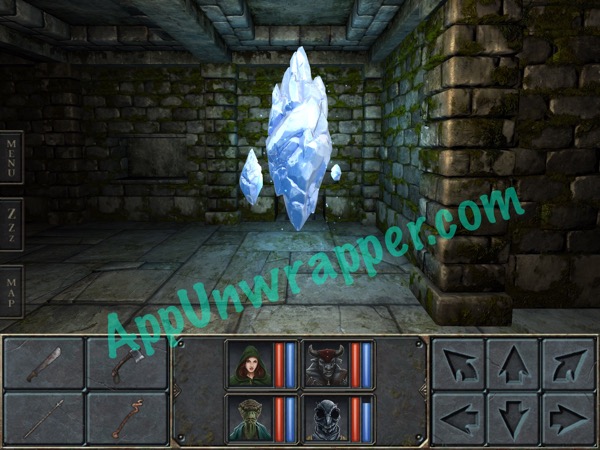 If a character is alive but injured, you can wait for your health to replenish or go to sleep (make sure no enemies are nearby!) to heal faster.

Hunger: Your characters all need food to survive. Some require more food than others, like the Minotaur. But it seems that the only thing that hunger does is prevent a character from healing. This means you should be able to explore while they’re hungry, but if they get injured in battle, they won’t be able to heal, even when sleeping. I made the mistake of feeding them every time they got hungry and I ran out of food! I suggest waiting until it’s absolutely necessary to feed them.

On Level 2, Old Tunnels, there’s a teleporter that keeps bringing you back to the same spot. But if you turn around, there’s a hidden button on the wall. When you press it, the teleporter will disappear, but only for a brief moment. To get through, press the button and then walk backwards quickly. If you waste time turning around, you’ll be too late.

On Level 3, Pillars of Light, there’s a puzzle called the Spinning Teleporters. It’s very tricky, so I made a video for it:

On Level 3, there’s a gated door with writing that says “I demand a sacrifice.” Don’t worry — you don’t have to kill off a member of your party. Just throw something onto the trap door in the floor behind the gate. I threw a skull, but not sure if it matters. Then press the button to the left of the gate to open the trap door. You’ll then find a key and a pair of trousers on the ground. You’ll also get back the item you sacrificed. 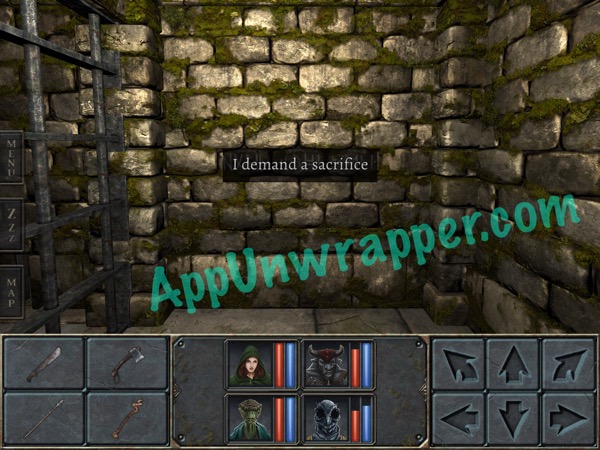 I’ll be adding more tips and tricks as I make my way through the dungeon, so keep checking back! And feel free to add your own tips in the comments section.