I recently wrote a review for the brutal dungeon crawler Legend of Grimrock by Almost Human. It was originally made for PCs, but they recently ported it to iPad. It plays beautifully and I’ve been enjoying it quite a bit. It’s a challenging game and will likely take me a while to complete. But Petri H╬ô├╢┬úΓö£ΓûÆkkinen of Almost Human confirmed on Twitter today that the game is coming to iPhone! He said it plays really well, like playing on a gamepad. So far, he’s tested it on an iPhone 5S, but not yet on an iPhone 5.

The iPad game will become a universal app, so those who already have it on iPad will be able to play it on iPhone as well. There’s no word yet on whether it we be iCloud enabled, but I’m hopeful, as I’d like to play the same game on both devices. 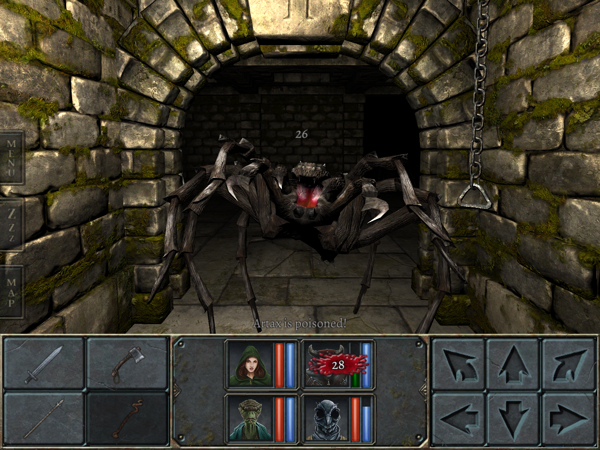