You Must Build A Boat
By: EightyEight Games LTD 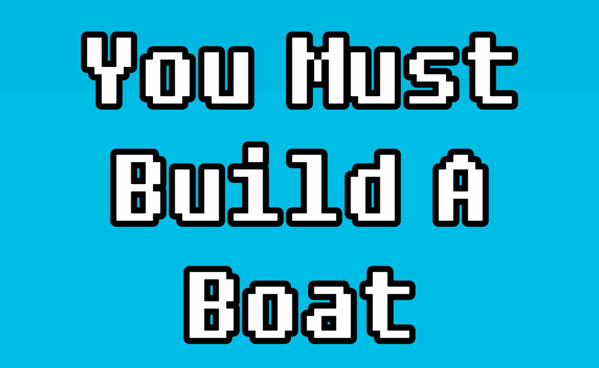 I never played 10000000, even though many people recommended it when I was looking for IAP-free match-three games like Hero Emblems. I just couldn’t get past the graphics. But with Luca Redwood’s new release, You Must Build a Boat (YMBAB),I decided to push aside my reservations based on the look of the game. And, while, I admit I thought the dragon was a camel at first (and am still not entirely convinced otherwise), the gameplay is definitely enough to make the game worth playing despite its graphics. 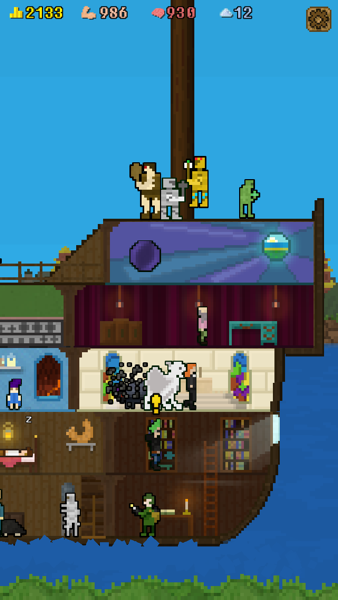 YMBAB combines a match-three game with runner and RPG elements. Your character runs across the little strip at the very top of the screen and your actions affect him. The board is split up into a 6×8 grid of tiles. You can slide an entire row or column at a time to match up tiles in rows of three or more. For instance, to attack a monster in your way, you need to match swords or staves. To unlock a chest, you need to match up keys. Additionally, there are shield tiles that can be used at any time to add a little shield to your character, boosting his defense. Then there are crates and traps that could require any of the tile types to break or disarm them. 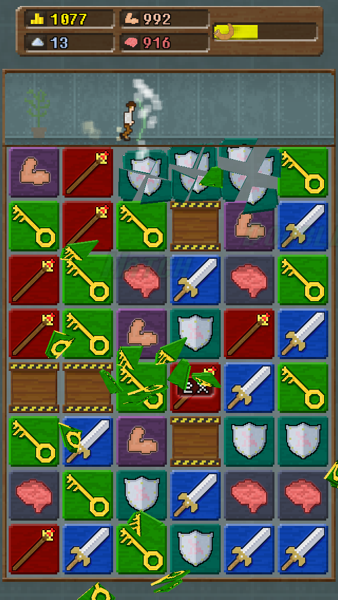 There are also Power and Thought tiles, which are matched to collect those two currencies. Power and thought can then be used to purchase weapon upgrades alongside gold coins. They can also be used to recruit monsters you’ve captured. Occasionally you’ll even get a quest that requires you to collect a certain number of each. Otherwise, the main reason for matching them is to get new tiles on the board and, hopefully, the matches you really need. They look pretty similar in color, so matching them out of the corner of your eye can sometimes be problematic. 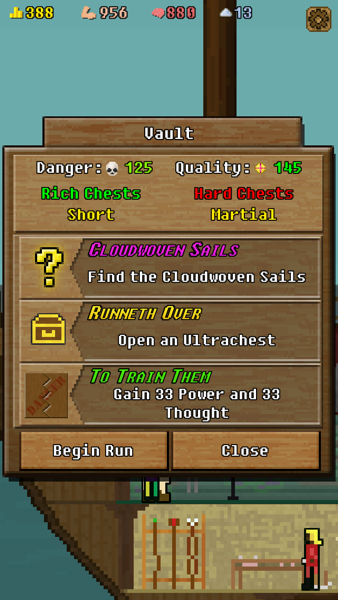 But that isn’t the end! The idea is to go as far as you possibly can before getting pushed off the left side. You’re also given up to three quests — more like goals — at the beginning of each run and you have to complete them before you can get a new quest. So if you have a particularly poor run, it’s not the end of the world. These quests can vary from opening three chests in a single run, to killing an enemy with a fireball, to lasting a certain amount of time. Some are set quests involving finding a certain artifact, while others appear to be random. When you complete all the quests in an area, you can move on to the next location. As you progress, your boat will grow and move along the map, closer and closer to your final destination. 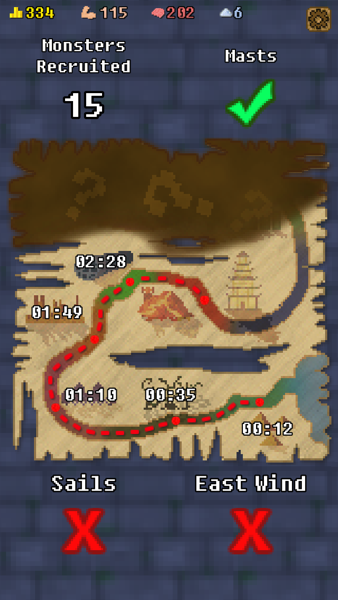 There were a few quests that had me stuck for quite some time. It took me over nine hours to complete the game because of just a handful of rather annoying ones. For instance, one involved freezing a shocked monster. From what I can tell, spells such as freeze and shock appear randomly on the board, so I simply had to keep trying until those two spells appeared at the same time. I probably wasted an hour or two on that quest alone. Had I not committed to writing a review, I might have given up on the game with that one. 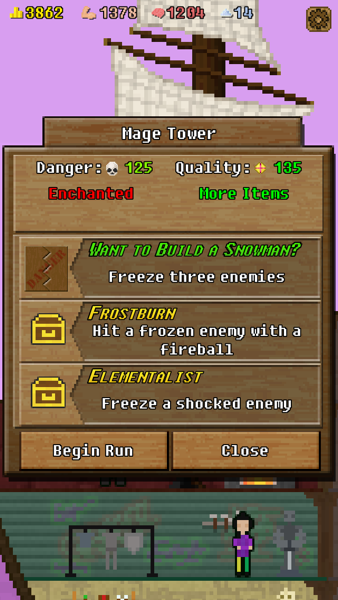 Another quest that had me stuck for a long time and even thinking the game might be bugged, was all due to a typo. The game wanted me to “Break more than 10 crates with a Crate Bomb.” But there is no crate bomb in the game. There is a Tile Bomb, which “breaks all tiles of the type displayed.” I’m still not sure how to tell what tile is “displayed,” but I finally managed to get it to break more than ten tiles and that cleared the quest for me. 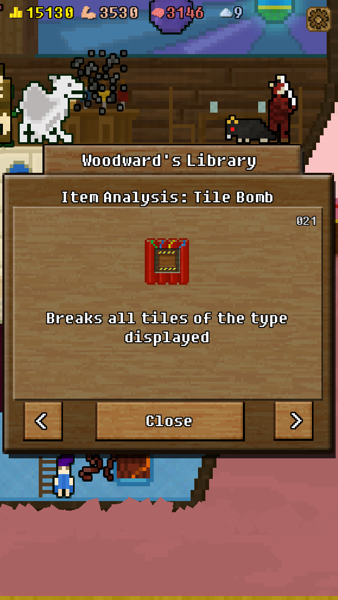 While match-three is one of my favorite genres, I haven’t played too many that involve sliding a whole row at a time, especially on a timer. So the game did have a bit of a learning curve for me. But once I got used to thinking of matches the right way, I really got into the groove. It’s still not my favorite match-three method, and I’ll admit that when I was frustrated or tired, I would just start sliding the board around hoping something would stick. But it offers a good challenge for those looking for a fast-paced game. You need to be able to keep your eye on both the action above the board as well as on the tiles themselves, so if you’re easily frustrated, this might not be the best game for you.

There is a nice little helpful bonus you can also rely on a bit. At a fairly early point in the game, you’ll loot the Hammerhorn, which is basically an automatic special ability that slowly charges as you run, unleashing in all its glory once fully charged. It destroys all enemies in its path and is a godsend when it happens. If you see it’s close to charging, try to hold on a bit longer because it can extend your run quite a bit. 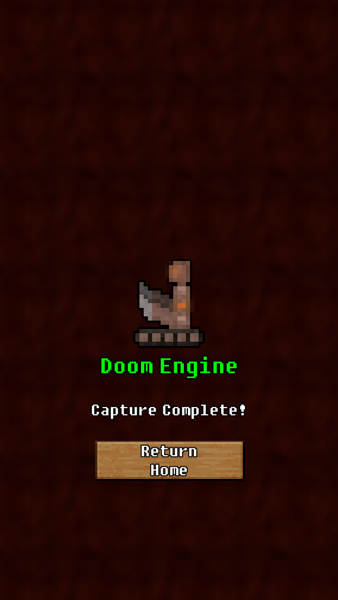 One thing that was hard for me to get used to (and still is), is that it’s very easy to waste matches. If you match weapons while running instead of while fighting, they don’t get stored for battle — they simply do nothing. The same goes for keys if you’re not in front of a locked chest when you match them. So, while it’s tempting to match something the second you see the option, you need to have some restraint and save those tiles, to the best of your ability, until you can actually use them. It’s a very fast-paced game, though, so it’s a bit weird to hold back when you’re running and try not to match weapons.

You Must Build a Boat is not an easy game. But if you stick to it, it can be quite rewarding. To help you along, there are upgrades to buy from new passengers and monsters to recruit. Monsters give you little permanent bonuses, such as a higher critical rate or more spell power. The other passengers sell you things like sword and staff upgrades, special items, and even let you gamble. There’s also some strange being that acts like a pawn shop, taking all the junk you find in return for currencies you can use, like coins, power and the rarest currency, dust. 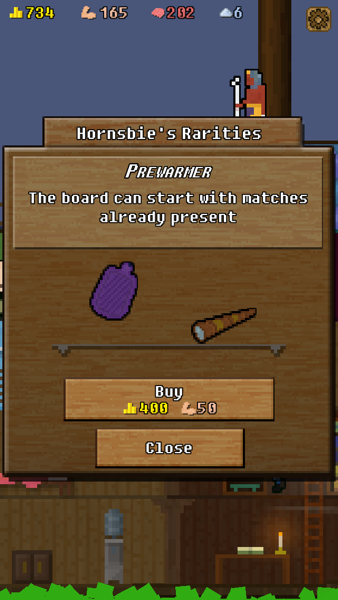 Another issue I had with the game is that there’s no pause button, as far as I can tell. It requires your absolutely undivided attention, because if you need to look up for any reason, the game will continue without you. On a related note, you can’t see your current quests once you’re already running. It would have been nice to be able to pause the game and see them. Also, despite the PC version playing in landscape and having the quests shown on the same screen, the iPad version of the game is just a larger version of the iPhone, still in portrait mode. I played on my iPhone because I prefer to play my match-three games with one hand. But considering the game is on PC in landscape mode, fitting more information on the screen, I’m surprised the developer didn’t take the same route with the extra space on the iPad, instead of just stretching it out. 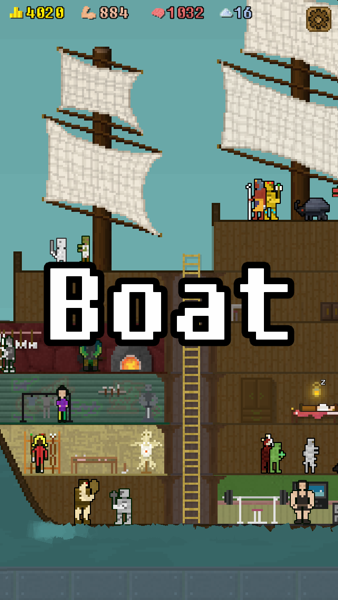 Possibly the most annoying and pointless aspect of the game is the way equipment is upgraded. After you trade in the currency, you have to tap the item’s icon quickly to fill up the bar below it. It was never explained, and I’m not even sure why, but if you don’t tap it seems you won’t get your upgrade. And it can lead to a tired finger. At the end of the game there’s another seemingly pointless button-tapping part. I stopped tapping early and I thought I broke the game. The first time I upgraded, I just stared at the screen a while before pressing the icon. I still don’t know if your tap speed affects the upgrade you get. 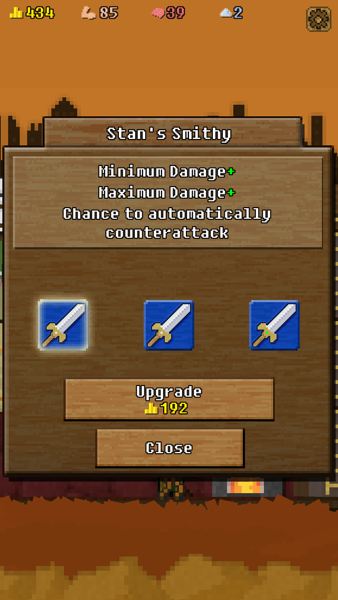 Once you complete the game, you have the option to restart on a harder difficulty. But there’s no GameCenter achievements or leaderboards, so you’d only be competing against yourself. Even though the game stores a whole bunch of stats for you, there’s no way to compare your stats against other players. I also only caught 33 monsters, but I’m not sure how to catch more, since the monsters are given as quest rewards. I don’t know if there might be a way to get more quests in a game and therefore more monsters. 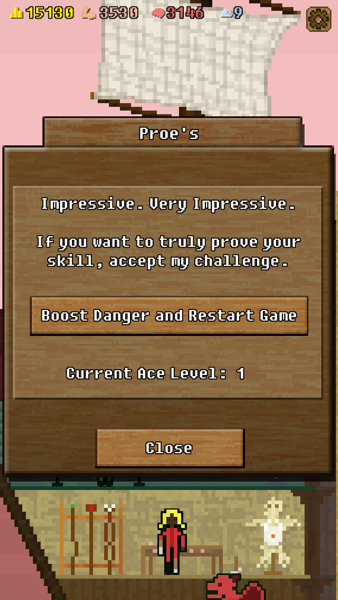 I do appreciate that the developer went with a premium model for the game, considering the difficulty level and all the different currencies in the game. They could have easily taken the in-app purchases (IAPs) route that so many match-three games these days take. So I’m glad it’s a premium game with no way to buy your boat instead of building it.

Overall, You Must Build a Boat is a solid match-three game with a few flaws. If you like fast-paced match-threes and can forgive (or perhaps even like) the pixel graphics, you should enjoy it quite a bit. Hero Emblems still reigns supreme in my book, but You Must Build a Boat provides a nice match-three diversion for a few hours. It has its frustrating moments, but can be addictive and hard to put down once you get sucked in. If you’re ready to start building, give the game a download here.

If you’re still unsure, you can watch my gameplay video to see the game in action:

If you’re already playing and need help, I’m working on a guide here.

unmemory: Easter Eggs and Other Extras

Haunted Manor 2: The Horror Behind the Mystery: Walkthrough