I used to think that a free download and demo of a game with an in-app purchase (IAP) to unlock the full game made the best sense for both developers and players. I never understood why it wasn’t a more common monetization over the ever-popular free-to-play with consumable IAPs and the less-popular premium paid games with no IAPs whatsoever. After all, it gives the player a chance to try the game before committing to spending money and the developer can still keep the integrity of the game intact.

I was puzzled when Gameloft released their game Sacred Odyssey: Rise of Ayden as a free-to-try version with IAP to unlock the full game and players got upset. I played the demo, got hooked and instantly paid for the rest. I saw no problem with it, and it’s my favorite Gameloft game and is still one of my favorite mobile games altogether. It was one of the last few Gameloft games I truly enjoyed.

Shortly after, Gameloft released a second version of the game that was premium, which you paid for before downloading. I already had the full game and was having a blast with it, so I didn’t think too much about it at the time.

I kept the game on my phone for months, maybe even years after I completed the game, since I didn’t want to lose my progress. But I eventually had no choice due to my owning a 16GB device and new games getting bigger and bigger in download size. So I deleted it.

Recently I got a new 64GB iPad Air 2 and I thought I’d see how the game plays on it. I’d maybe even play through it again since I enjoyed it so much. This is when I discovered that Gameloft removed the game from the App Store (!!!!!). I could still download the free version from my purchase history, but the game would not recognize that I already paid for the IAP and wanted me to pay again in order to play it. 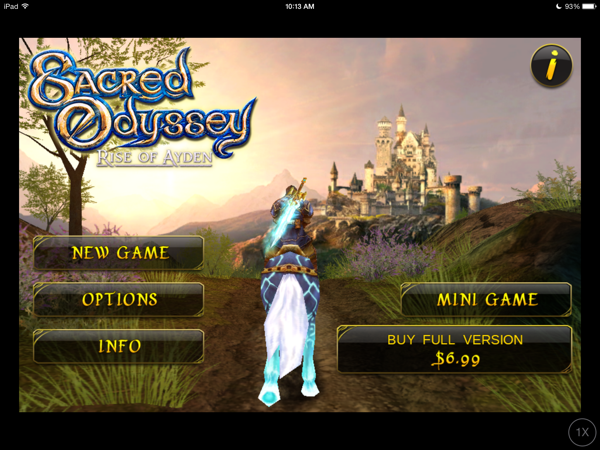 I contacted Apple about this and they told me there’s nothing they can do since the game is no longer in the App Store. They simply say it’s the developer’s problem to deal with. They couldn’t look at my purchase history and just give me access to the paid version, which is the same exact game. I’m still emailing Gameloft back and forth about it and I’m not hopeful anything will come of it.

So basically my only way of playing the game I bought (assuming it will even work when I do) is to pay another $6.99 every time I download it to a device. Why Apple can’t offer to refund that each time, I have no idea, since they have a record of me paying.

Long story short, had I bought the premium version that was released shortly after, I wouldn’t be having this problem. I would be able to download the game to any of my devices whenever I want without any problems. So I will now think very very hard before I buy any more games through IAPs. It’s simply too easy to get screwed over. This is not a way to build trust with customers. Until Apple finds a way to deal with this, I would caution players about buying content through in-app purchases, especially if there’s a premium version available.