The Guides
By: Luke Lisi and Kevin Bradford

I was recently lamenting the fact that I haven’t seen too many mobile games lately that were designed specifically around mobile devices. Joel McDonald’s wonderful Prune is what got me thinking about all the games that originally got me into iPhone gaming, the ones that made my iDevice feel magical.

Then, out of the blue, I get an email about this puzzle game called The Guides by Luke Lisi and Kevin Bradford. It consists of fifty “pages” across two chapters, with more to come in future updates. Each page has clues scattered about and you have to pay close attention to decipher them. Sometimes you even need to refer to an earlier page to solve a later puzzle.

The game immediately brought to mind Do Not Believe His Lies (DNBHL) and the Enigmon games. I liked the idea of DNBHL, but was immediately turned off when I reached an early puzzle that expected me to take a screenshot of it on my iPhone, send it to my PC, print it out, cut it up and paste it back together to get the answer. Enigmon does mobile puzzling much better and The Guides feels very similar, but unique in its own right. 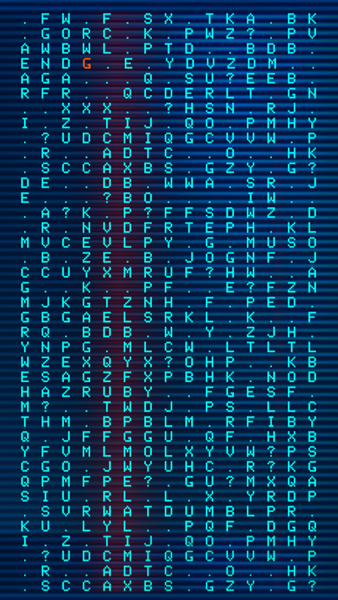 What really makes The Guides stand out to me is that everything you need is contained right inside the app. It is a true mobile experience. You don’t need to Google obscure facts or find some hidden video online. It’s just you and the game. It even includes its own decoding tools for morse code, binary and others. There’s also a camera for taking photos of screens that seem important. The game is very gesture-based and feels made for mobile. 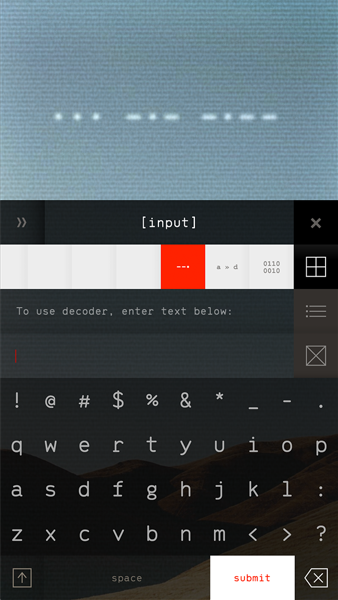 I spent a good part of yesterday playing the game and I’m now getting close to completing it. Some levels are pretty straightforward while others are more cryptic. Some even had me stumped for hours before the answer finally clicked. I’m currently stuck on a particular tricky one and I suspect the answer might have something to do with the sounds in the game. Theres a lot of variety, so it should keep most puzzle fans entertained.

The game is said to have a story that you need to piece together from all the clues you find. I can definitely see something unraveling and it’s part of what keeps me playing. I want to find out what exactly is going on here.

Here’s the official teaser video if you want a taste of the game:

The Guides will be available on iOS and Android August 17th for the sale price of $0.99, going up to $1.99 later. There are no in-app purchases (IAP) or ads and I recommend any cryptic puzzle fans pick it up.

Update: The game is out! And you can see my walkthrough here.

the Sequence [2]: Walkthrough Guide and Solutions