Gathering Sky
By: A Stranger Gravity 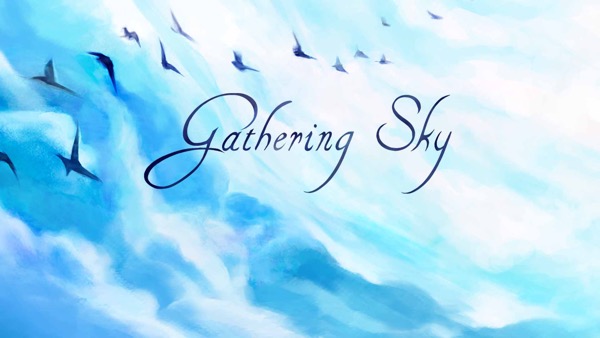 Last week I tried a game called KOI – Journey of Purity that looked like a relaxing and zen puzzle game. While it is pretty, I ended up quitting early on out of frustration. So I was excited to try another artsy game this week, called Gathering Sky by A Stranger Gravity.

When I saw the trailer for it, I was excited at the prospect of another game as art, like Monument Valley and Prune. I didn’t really know what to expect from it other than gorgeous artwork. Unfortunately, it had the exact opposite effect on me as KOI. 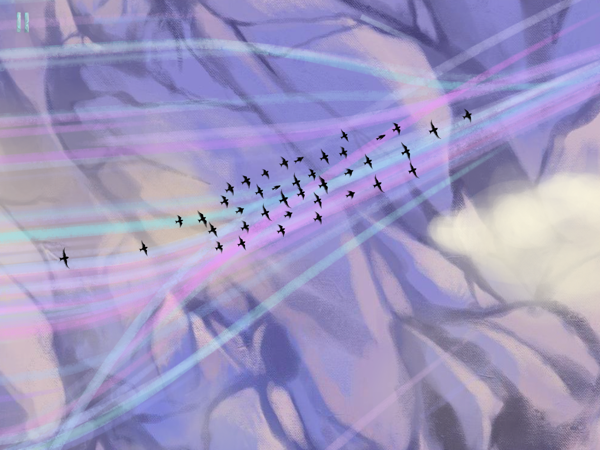 I got my hands on the game a few days ago and completed it in one sitting, but part of the time I felt like I was forcing myself to play it. The way it works is you start off controlling one bird flying over an abstract painted world. To control the bird, you simply tap and drag your finger on the screen and the bird will follow. As the bird flies past other birds, they’ll join the flock, letting it grow and grow.

The game is broken up into six chapters, each with different backgrounds that are all great to look at and various encounters, such as predatory birds or rocky obstacles. Nothing really damages the birds, though, or causes any sort of penalty. The only goal in the game is to reach the end by flying to the right of the screen. Sometimes air currents will pick the flock up and move them at a faster pace than you can do. I think I actually enjoyed those parts better, just sitting back and watching them race around. It also allowed me to snap some gorgeous photos. There are also clouds and other things floating about that can be interacted with, but all just for the visual reward. 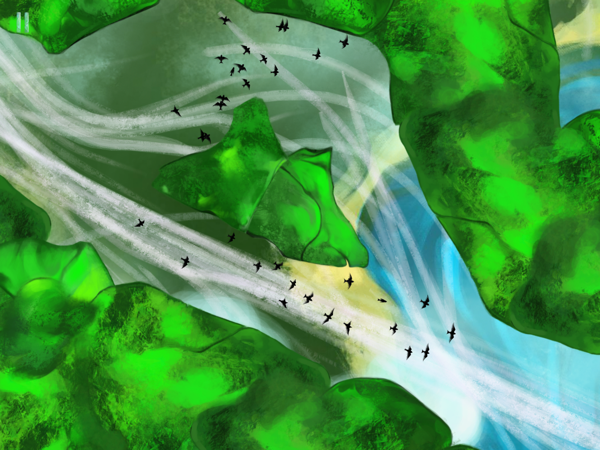 I’m not really sure how I feel about the game. I’ve never thought of myself as someone who needs a challenge in my games. And yet, I found myself wishing for some sort of goal or penalty while playing. It is a beautiful experience, but without any goals or puzzles, I felt like I could have just watched someone else play and gotten the same amount of satisfaction from it.

I took some video of the more hands-on chapters of the game that require you to navigate your birds around obstacles. Those are definitely the more interesting parts of the game, and yet I also found them a bit more tedious, as I had already begun at that point to enjoy watching the air currents control my birds. But it should give you an idea of whether the game is for you:

If you like artistic games and don’t mind the lack of gameplay, you can download Gathering Sky here and enjoy the gorgeous artwork for yourself.