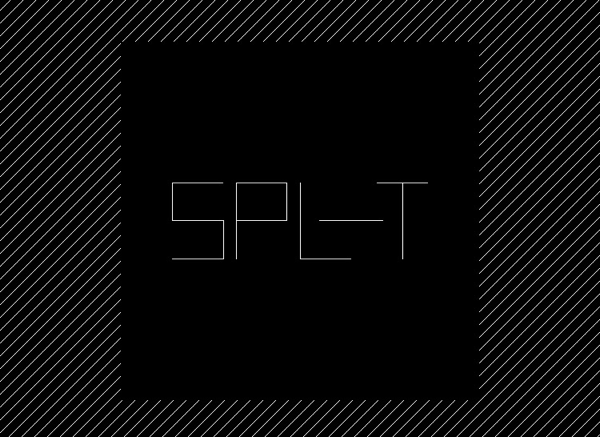 I’m going to try something different here, because I’m not sure how else to write about Simogo’s latest game, SPL-T. I wasn’t even planning to write about it originally. Until a couple of days ago, I was fed up with it and actually considered requesting a refund. But now it’s consumed my life to the point that it’s the only game on my iPhone’s home page. So I think it deserves more attention than just my high score tweets. I’m going to combine a review with a bit of a guide, because that seems like the only way to do this. If you’d prefer to go into the game knowing very little about it, be warned that this will spoil it for you.

So what is SPL-T? It’s a high score-chasing puzzle game in the vein of games like Threes. My first few rounds consisted of just wild taps on the screen, followed by confusion and frustration. Even after reading through the instructions, I still didn’t really know what I was doing. I mostly gave up on it, but occasionally played a game here and there. It still wasn’t clicking and I was just getting annoyed with it. 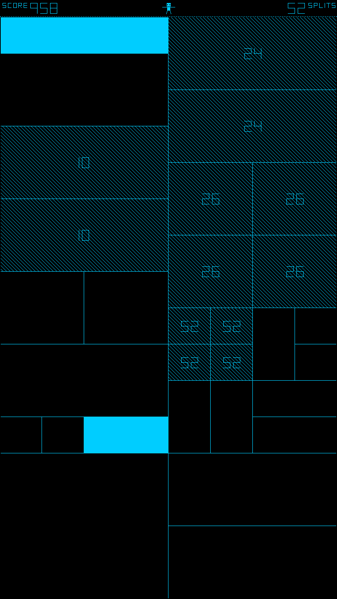 Then, all of a sudden, it just made sense. I can’t really explain when, how or why. But suddenly I understood what I needed to do. Instead of a high of 8,000 points, I’m now able to consistently pass 20,000, with my current high being 118,875. (You can watch my video of my second highest score if you scroll down.) That’s still not high compared to some other players, so it’s possible there are some tricks I’m not aware of. But hopefully I can help you understand a bit more so you don’t give up on the game.

There’s only one thing you do in SPL-T — as the name suggests, you split the screen into smaller pieces. The splits alternate between horizontal and vertical. The little man at the top of the screen raises his arms to let you know which one is next. This is crucial to planning your strategy, and I didn’t notice it at first. 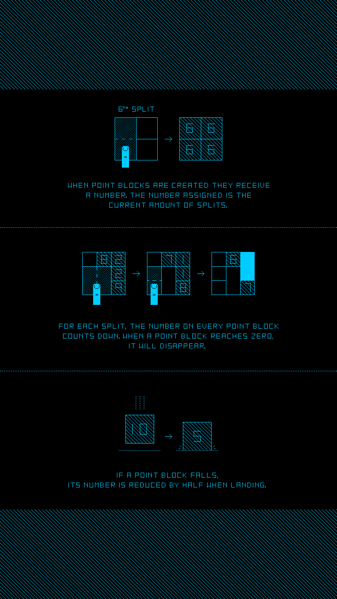 When you get four equal boxes next to each other, they’ll fill with numbers. These numbers are based on the number of splits you made so far. This means each new number will be bigger than the last. The numbers on the board then count down by one for each move, until they disappear at zero.

The way points are counted in SPL-T is that every number on the board gives you a point for every move. So the goal is to get as many numbers on the board at once. But, at the same time, you want to make sure you leave enough empty space so you can make a move. It’s a bit of a balancing act that’s not very easy to explain.

My strategy so far has been to start off with big boxes, knowing they’ll count down quickly. They also give more points when they disappear. Then, I start breaking sections into fours, and then criss cross those four so they can’t turn into numbers until I break them down into their smallest pieces. So, first like this: 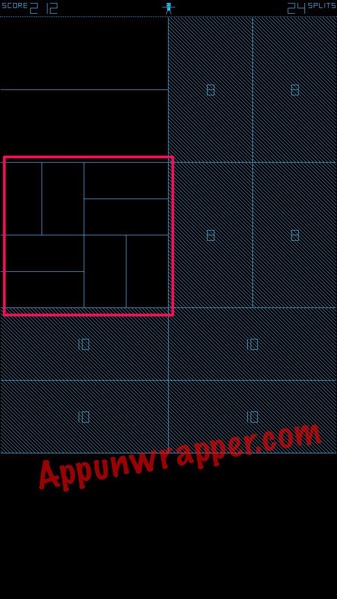 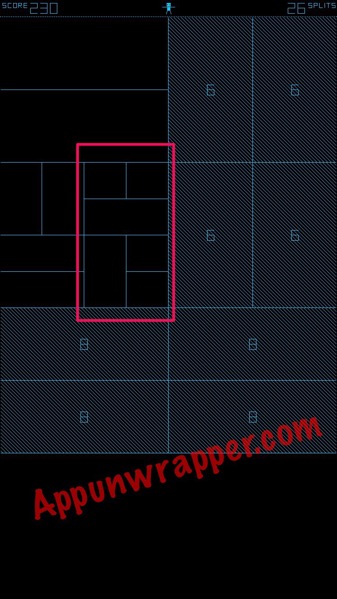 And finally, split those into the smallest squares possible, at which point they’ll turn into numbers: 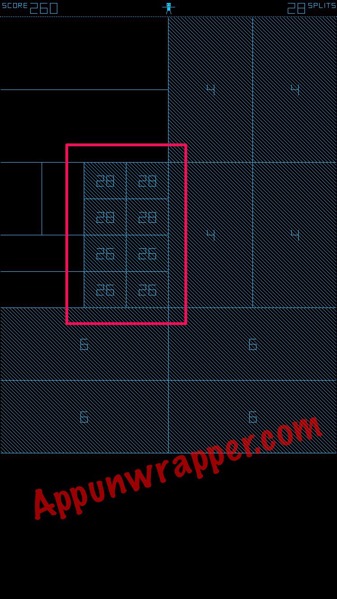 That’s basically the rest of my strategy — alternating splits and breaking them down to the smallest squares. Make sure you also pay attention to how many verticals you have versus horizontals, so you don’t get stuck with all of one and no possible move.

If numbers disappear from the middle or bottom of the board, the ones at the top will drop and their numbers will be halved. This means they’ll disappear faster, making room for more numbers. But it also means that if you’re not careful, the new boxes that drop from the top can be symmetrical and get auto-filled. That was actually my biggest mistake until I realized how to avoid it. 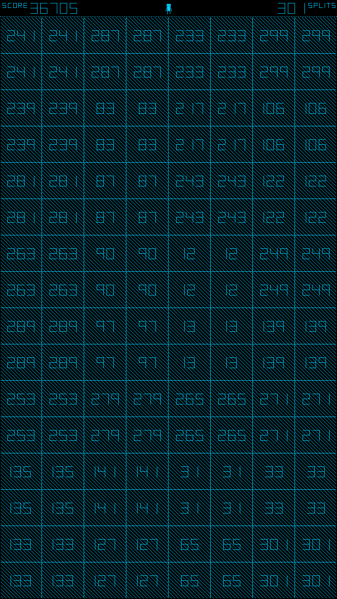 My only gripes with SPL-T are that there’s no leaderboards to compare scores and there’s no way to save a particularly good game if you need to take a break. That makes it less mobile-friendly than a game like this could be. And since those were design choices, not oversights, it may never change.

I’m still learning, but I’m having fun doing so. I know the game doesn’t look like much, and many might give up on it right away. But I highly suggest giving it a chance if you like high score-chasing puzzlers. And if you discover any great strategies, feel free to share them in the comments section, as well as your high scores. You can download SPL-T here.

You can also try this video I made of my 93,669 point score. I messed one mistake that prevented me from getting an even higher score. But this should give you a good idea of my strategy:

**Scroll down some more if you’d like to learn about some hidden secrets!**

Shake your device to change colors.

Turn your device upside-down to invert the colors.

Tap and hold the SPL-T name for a few seconds to get a hidden tilt game.

Tap the Simogo name to see the credits.

If you stay on the instructions for a long time, you can see stuff like this: 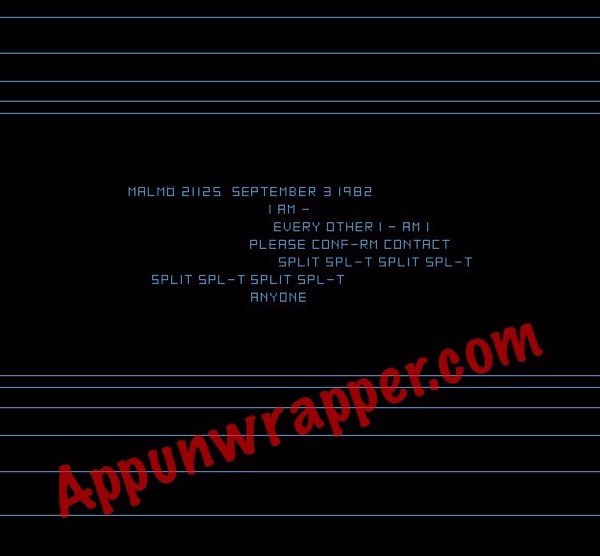 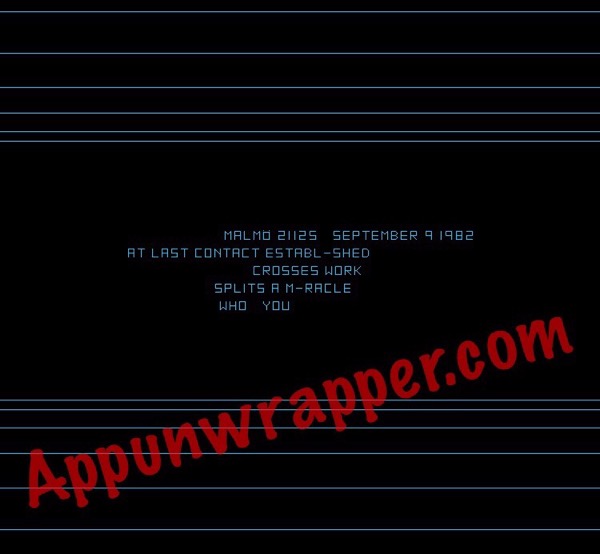 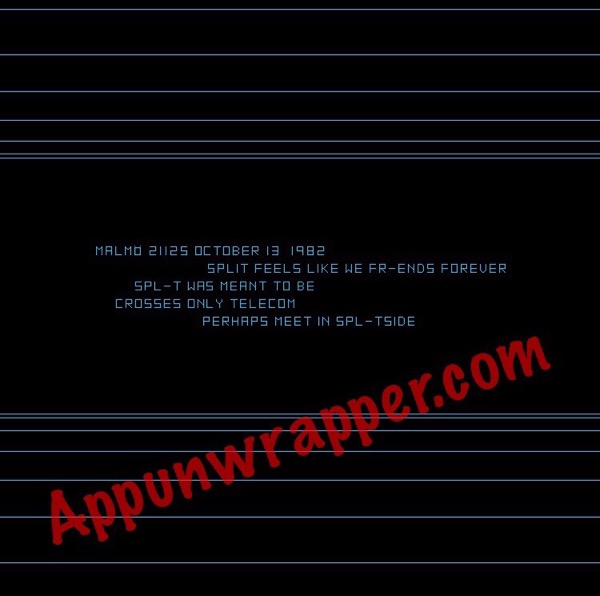 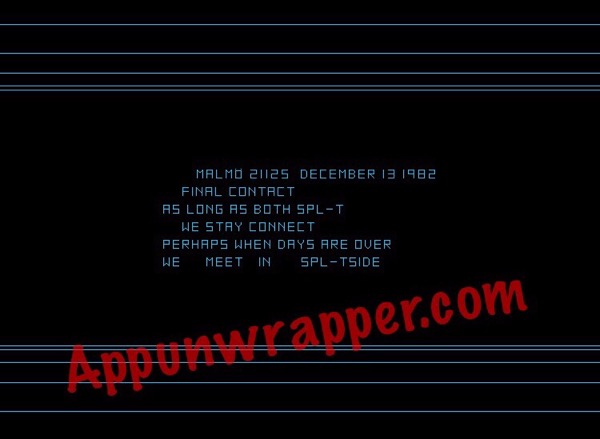