I’ve never written anything about Hipster Whale’s Frogger-like mobile game Crossy Road on my site before, but I have had a lot of thoughts about it. With the release of the recent Land Sliders and Shooty Skies, I decided I need to get some things off my chest about high score chasers. So I’m going to explore several games that have a lot in common.

First, a confession, so there’s no misunderstanding: I still have Crossy Road on my iPhone primarily for collecting characters. I never really got hooked on the gameplay itself. But for a long time, I enjoyed unlocking new characters and messing around with them a bit. I never bought any characters outright, because I enjoyed the mystery of the digital vending machine. I did watch my fair share of ads, though, to earn more chances at winning a character. 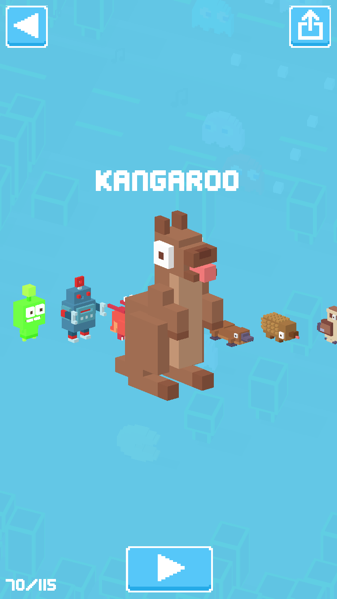 Then came along PAC-MAN 256. I liked the gameplay. I could actually have gotten hooked on that one. I was very close to spending the $8 to be able to play as much as I want. Then I realized that this high score chaser offers one continue per game, as well as power-ups that can be earned by investing time in the game — not necessarily skill. And then you upgrade those power-ups using coins. And you can buy a coin doubler for $4.99. When I realized that practice and skill are only part of the equation — that I would also have to sink hours and hours into it just to earn and upgrade my power-ups so I could compete with others — I decided the game’s not worth my time. If the game had a separate leaderboard without all those shenanigans, I would have gladly invested some time and effort into improving my score. But as it stands, it just feels like a time sink to me. 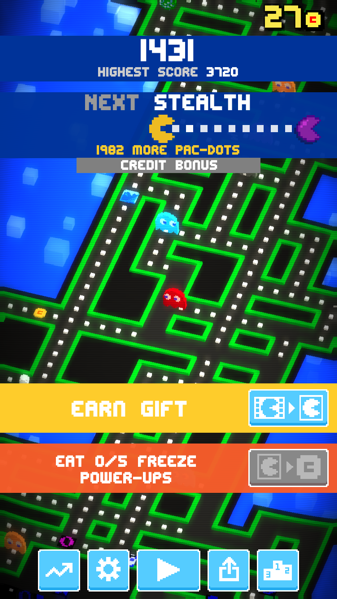 Then, last night brought Shooty Skies, another high score chaser by some of the Crossy Road developers. I’m actually enjoying it quite a bit — a lot more than I liked Crossy Road. It has the same idea where you can unlock new characters using the vending machine or purchase them outright with cash. The difference, though, is that, like PAC-MAN 256, Shooty Skies offers one continue per game that can be bought with coins or by watching an ad. You can also watch an ad to earn coins. Coins can be used to buy a chance at a new character, which are completely cosmetic. But they can also buy temporary power-ups, which will help you earn a higher score. While not the same as being able to buy your way to the top with money, it is rewarding people who have time and willingness to watch ads in order to improve their score. Once again, we have a high score chaser that makes skill and practice only one factor. The purity we saw in Crossy Road is gone. The leaderboards are not reliable for those who want a pure game.

I love the artwork and I love the idea of unlocking all these characters in Shooty Skies. I even like the gameplay. But there are too many factors here that make me feel like chasing a high score is just a waste of my time. 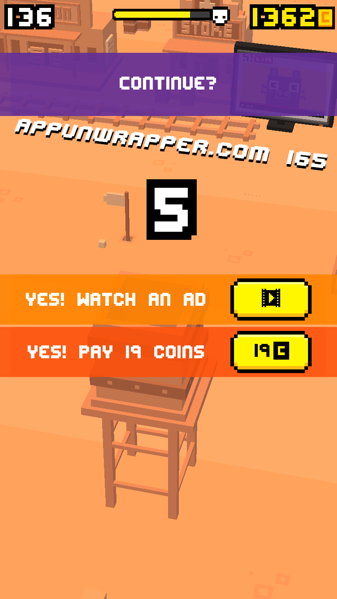 Land Sliders by Prettygreat also released this past week. It’s a game that was obviously inspired by Crossy Road‘s model and it feels more like Crossy Road than the other games I mentioned. And I enjoy the gameplay a lot more than in its inspiration. It’s also a high score chaser, but the only things you get for spending money or watching ads are cosmetics like new characters. You can’t watch an ad to improve your high score. So it feels pure. My only gripe with it is that certain aspects of the levels are a bit too randomized. For instance, your score is based on items you collect. But I’ve had games where the first area had over thirty items, while other games had only twelve in the first area. As you progress through each new level, the difficulty increases. So if you start with a low number in the first area, you’re less likely to get a high score. But this is just a balancing issue and everyone is in the same boat — there’s no way to buy yourself out of it. 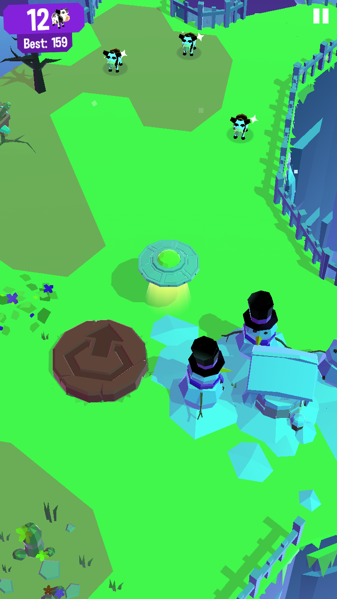 Crossy Road made $10 million in just its first three months. That’s pretty good for a game that only sells cosmetic items. I wish they had stuck to this model for all of their games, keeping the high score chasing pure instead of dependent on how much time a person is willing to waste on ads or collecting power-ups. The addition of power-ups and continues in exchange for coins and watching ads changes quite a lot. While not nearly as bad as pay-to-win games like Candy Crush, these games are a few steps closer to it compared to Crossy Road. 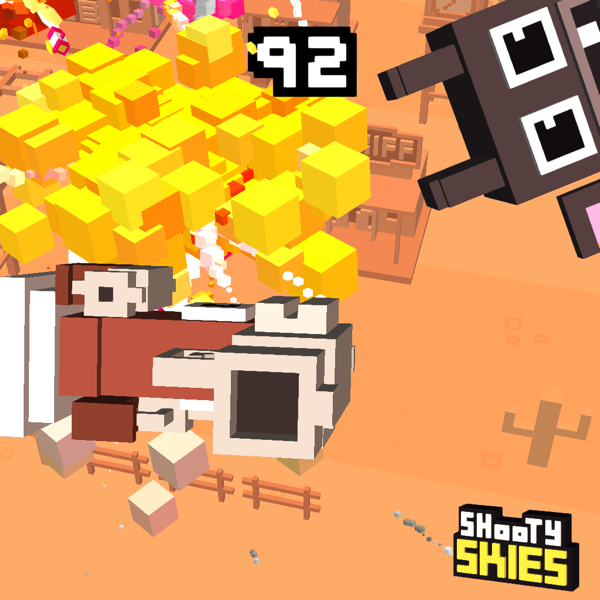 Alternatively, I’ve been obsessed with another high score chaser, Simogo’s SPL-T, these last few days. I didn’t buy it right away because the old school graphics were a real turnoff to me. But after a steep learning curve, I’ve become obsessed with it. It’s because there’s nothing between me and a high score but my own skills. And I think that’s how all high score chasers should be. You improve your luck with practice, not by watching an ad or spending enough collective time in-game to earn a power-up. (Granted, SPL-T has no leaderboards at all, so small gripe there.)

A lot of these issues could be solved by having two separate leaderboards — the current one and another for pure games with no power-ups or continues. I wish developers would consider that as a viable option. But until then, I’ll stick to games that reward me for getting better at the game.

**You can download all the games mentioned above at the following links: