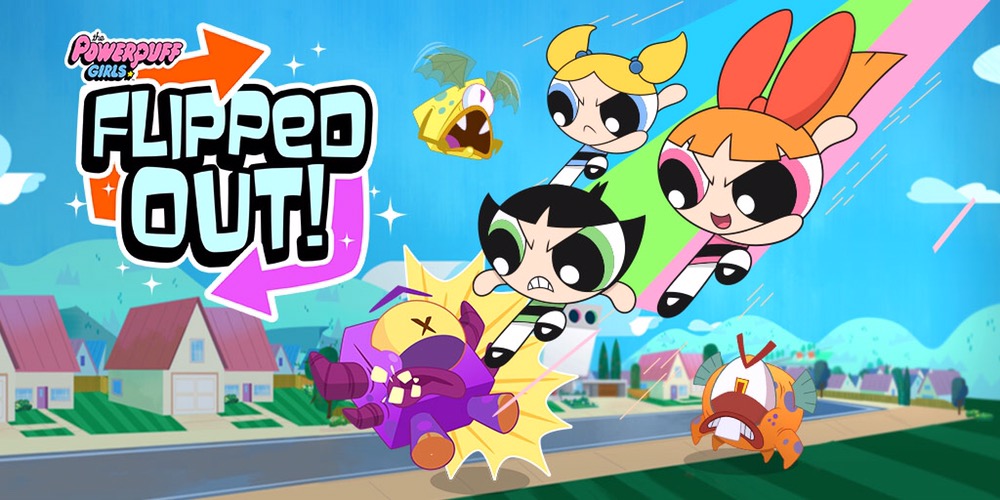 I just completed the main storyline in the iOS and Android game Flipped Out Γò¼├┤Γö£├ºΓö£Γöñ The Powerpuff Girls Match 3 Puzzle / Fighting Action Game by Grumpyface Studios and Cartoon Network. The game is pretty easygoing in that it makes it hard to completely fail a level. But if you want to get an A+ score for each level and unlock the Super Tuff levels, it takes more skill and thought. Since it took me a while to discover some of the best strategies, I thought I’d share them here. It’s a work in progress, so please bear with me. And feel free to share your own tips in the comments section.

First of all, let me explain the game a bit. It has two modes — Sugar and Spice. Sugar mode is the match-3 puzzle part and Spice is the fighting action part. To access Sugar, flip your phone into portrait mode. To switch to Spice, flip to landscape. You can do this whenever you want, and it can be a great strategy to get out of a tight situation.

There are only a few times where you won’t be able to flip. This includes the boss battles against Mojo Jojo, since he forces you to play in a specific mode. Also, if you’re in Sugar mode and a girl has more than one move, you need to finish up her moves before you can flip again. I’m pretty sure that any other situation that doesn’t let you flip is a bug.

Γò¼├┤Γö£├ºΓö£Γöé Black spiked monsters only have spikes in Sugar mode. Other monsters will die if they hit the spikes. The girls also can’t throw them. But you can match them with the robot monsters, which act like wild cards. If you don’t see a way to get rid of them in Sugar mode, you can switch to Spice mode and they’ll lose their spikes. But they don’t stay still, so you’ll have to chase them around.

Γò¼├┤Γö£├ºΓö£Γöé Robot monsters are wild cards. Match them with two or more monsters of the same color and it will make them all pop. You can’t attack them in Spice mode.

Γò¼├┤Γö£├ºΓö£Γöé Shelled monsters need to be flipped over to be made vulnerable. Watch out for their shooting attack in both modes!

Γò¼├┤Γö£├ºΓö£Γöé Frozen monsters will freeze a girl if she doesn’t have immunity to it. Then you need to unfreeze her either by flipping or using one of the other girls to throw her.

Γò¼├┤Γö£├ºΓö£Γöé I recommend always starting in Sugar mode because it allows you to see the board and plan out what you want to do. Also, the game is designed so the first few moves in Sugar mode are usually straightforward. I switch when it gets harder to make a match.

Γò¼├┤Γö£├ºΓö£Γöé It you only have one turn left in Sugar mode and you can’t see a way to clear all the monsters, it makes sense to switch to Spice mode. You’ll be given as much time as you need, so you can rack up more points by killing every last monster.

Γò¼├┤Γö£├ºΓö£Γöé Flip your phone to revive any fallen girls. You can flip back and forth as much as you want.

Γò¼├┤Γö£├ºΓö£Γöé Focus on getting long chains of combos. This means making bigger matches in Sugar mode and not taking any damage between matches. It also means not taking damage in Spice mode. Flipping is a great defensive tactic. If it looks like you can’t avoid taking damage, flip to improve your chances. Just try to keep the number in the fish bowl climbing. If a girl takes damage, the fish bowl breaks and your combo counter goes back to zero. The bigger your combo, the higher your score will be.

Γò¼├┤Γö£├ºΓö£Γöé Large purple or orange monsters in Spice mode break down into lots of little monsters if you flip to Sugar mode. It might be worth switching to Sugar mode to try and rack up a lot of points through it.

Γò¼├┤Γö£├ºΓö£Γöé Matches of four or more monsters will cause an explosion that activates any matches it hits in the same row or column. This can also be used to damage a boss.

Γò¼├┤Γö£├ºΓö£Γöé Use all three girls to pass monsters around the board. They can pass to each other without using up a turn. This helps prevent monsters from getting angry and attacking.

Γò¼├┤Γö£├ºΓö£Γöé If you don’t see any good matches, don’t be ashamed to switch to Spice mode. My best scores have come from flipping back and forth instead of sticking to one mode for most of the level.

Γò¼├┤Γö£├ºΓö£Γöé If you’re in Sugar mode and you want to make the puddle monsters rise early, you can flip your phone back and forth. You can also flip to calm down angry monsters. There doesn’t seem to be any penalty for flipping back and forth to calm down monsters, so I’ve been taking advantage of it to get higher scores. You can see an example in this video:

Γò¼├┤Γö£├ºΓö£Γöé If you land on a monster puddle, you can destroy it before it even rises to the board. You may also miss out on the points for that monster, though.

Γò¼├┤Γö£├ºΓö£Γöé Spikes and lasers damage the girls, but they also kill monsters. Use them to your advantage, but be careful to keep the girls away from them!

Γò¼├┤Γö£├ºΓö£Γöé Pay attention to monsters that are about to attack. If it says “tap” over them, double tap on them get all three girls counter-attacking.

This is the setup I’m currently using: 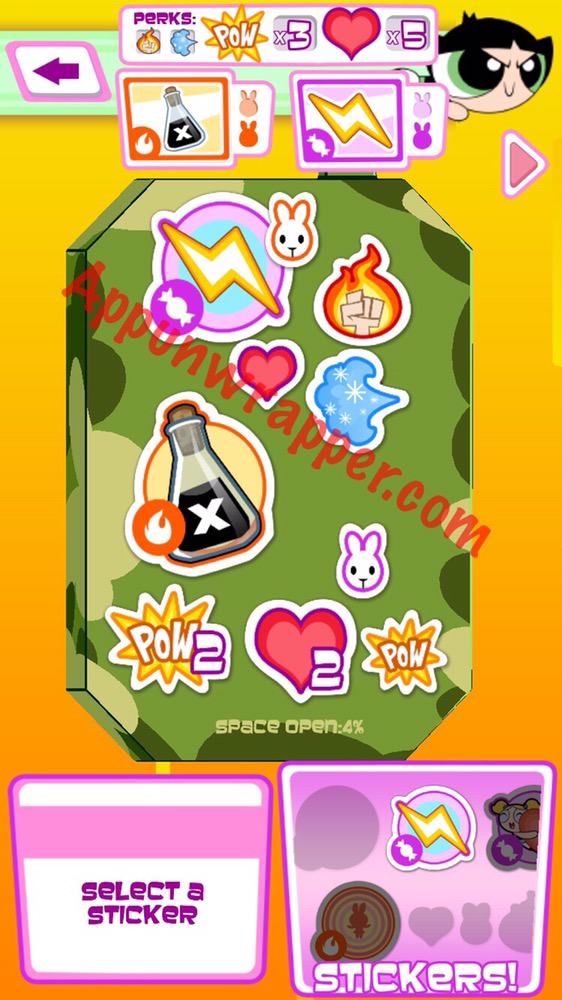 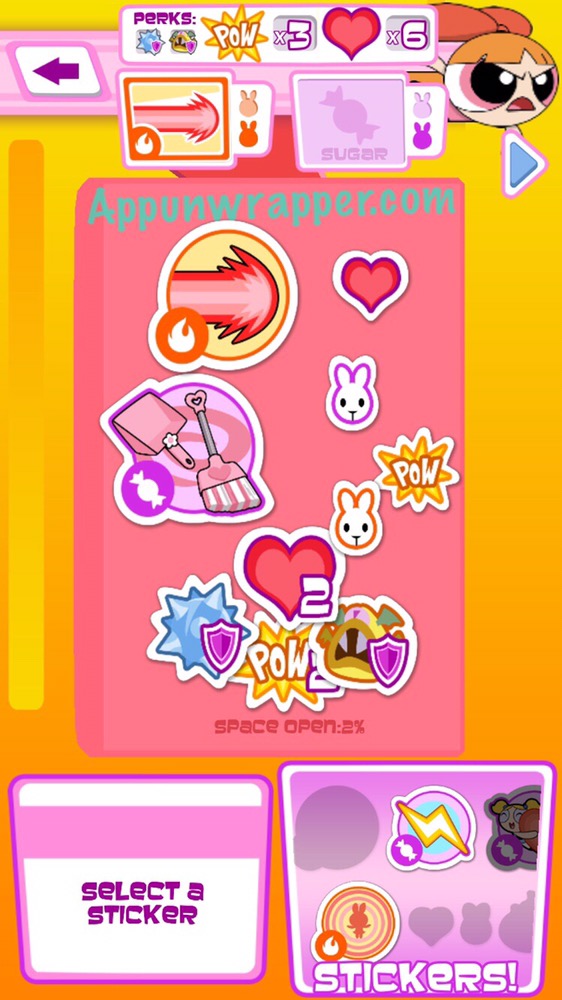 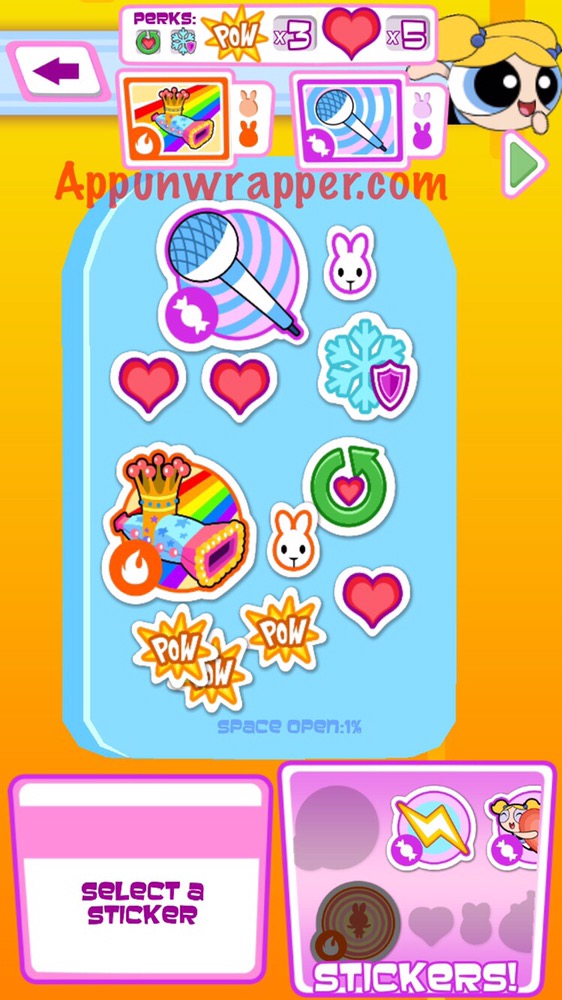 Blossom’s Organizer skill works great when you have a lot of spiked monsters and need to get them together. You can then use Thunderclap with another girl to blow them up, like so: 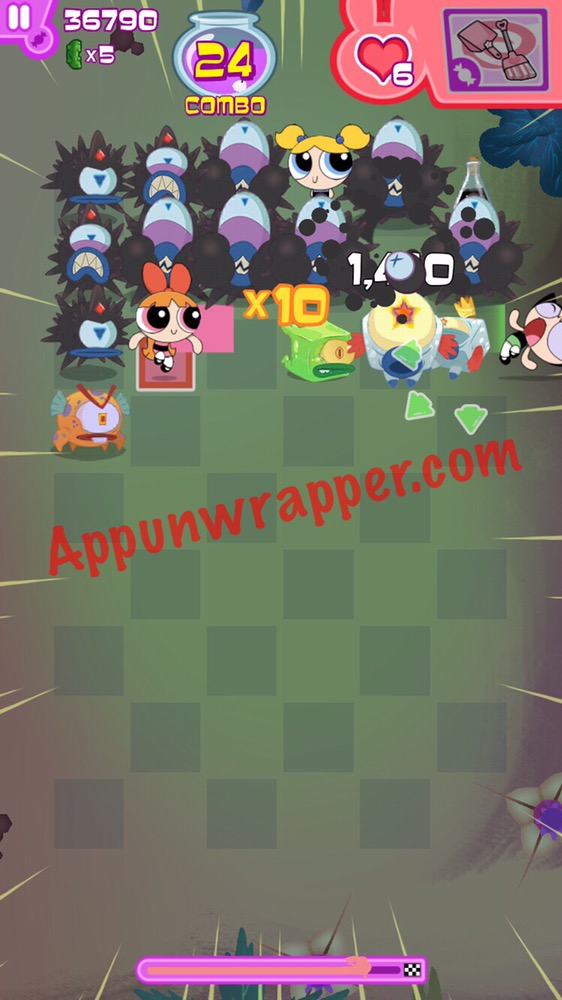 As you can see in this video I made early on in the game, I was playing pretty poorly:

But I managed to improve my skills and unlock some Super Tuff levels:

There are currently a number of bugs I’ve encountered. Most are fixed by restarting the level. It’s inconvenient, but if the game is acting weird, try rebooting it and starting the level over.

Beyond the Wall: Walkthrough Guide