OoNoo Studio’s Tormentum – Dark Sorrow came out on PC in 2015, but I hadn’t heard of it until I saw the Kickstarter for their upcoming game, Tsioque. I was excited to learn then that they had plans to not just port Tsioque to iOS, but Tormentum as well. I knew very little about it, but the screenshots alone were enough to pique my interest. And so, here we are now and the game has come to mobile devices. So is it worth playing?

I’ve always been a fan of weird, surreal and creepy artwork, such as Hieronymus Bosch’s The Garden of Earthly Delights. A relative of mine used to work for H. R. Giger, so I’ve had a lot of exposure to his works, as well. For those who don’t know, Giger was part of the special effects team for the film Alien. His works have a very distinct look, usually fusing humans with machines, and the inspiration is very clear in Tormentum. The artwork is what first grabbed my attention and it’s the main aspect that kept me hooked, excited to get home and continue playing each day. Just about every screen in the game is a work of art worthy of framing and hanging on a wall. The twisted environments and tormented creatures look like they could have sprouted directly from Giger’s mind. If you’re a fan of this kind of artwork, I would highly recommend picking up the game. It does not disappoint. 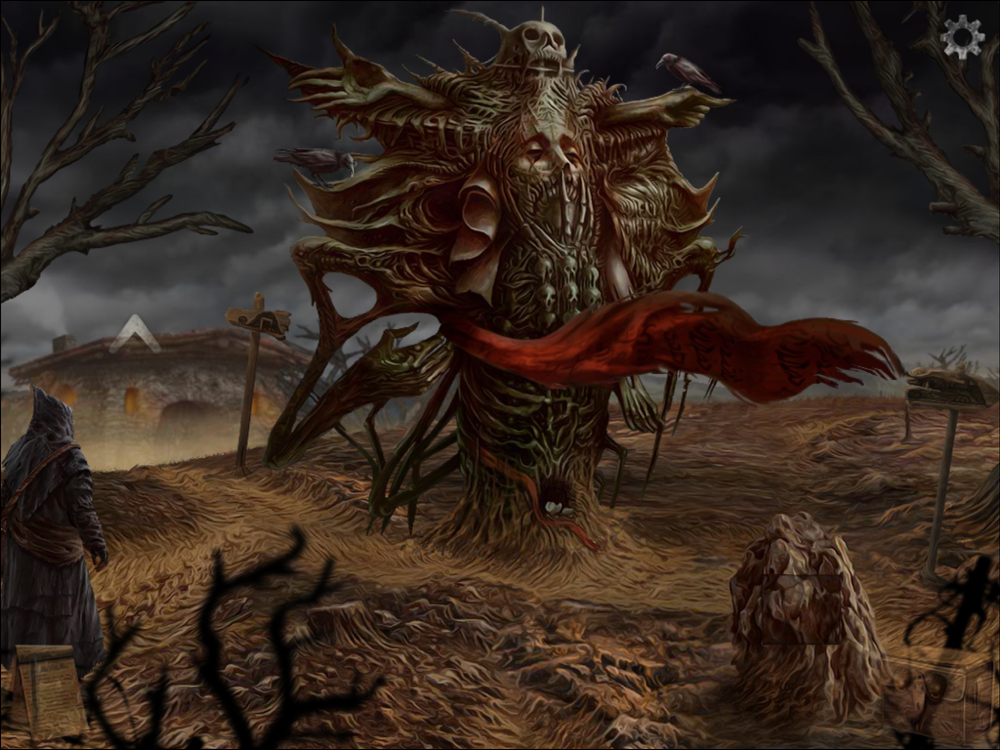 There’s no doubt about it that the artwork is the game’s strongest point. The puzzles are never too challenging, and many are simply puzzles we’re used to seeing in just about every adventure game — sliding blocks, memory, a piano mini game, and others you’ve likely seen before. But the puzzles shine when they work within the story. Not because they’re any trickier, mind you. But because at certain points you must make decisions that will affect the ending of the game. Even this could have been expanded on so your choices feel more important and impactful. But as is, it still kept me drawn to the game, eager to meet more characters and discover what’s going on here. 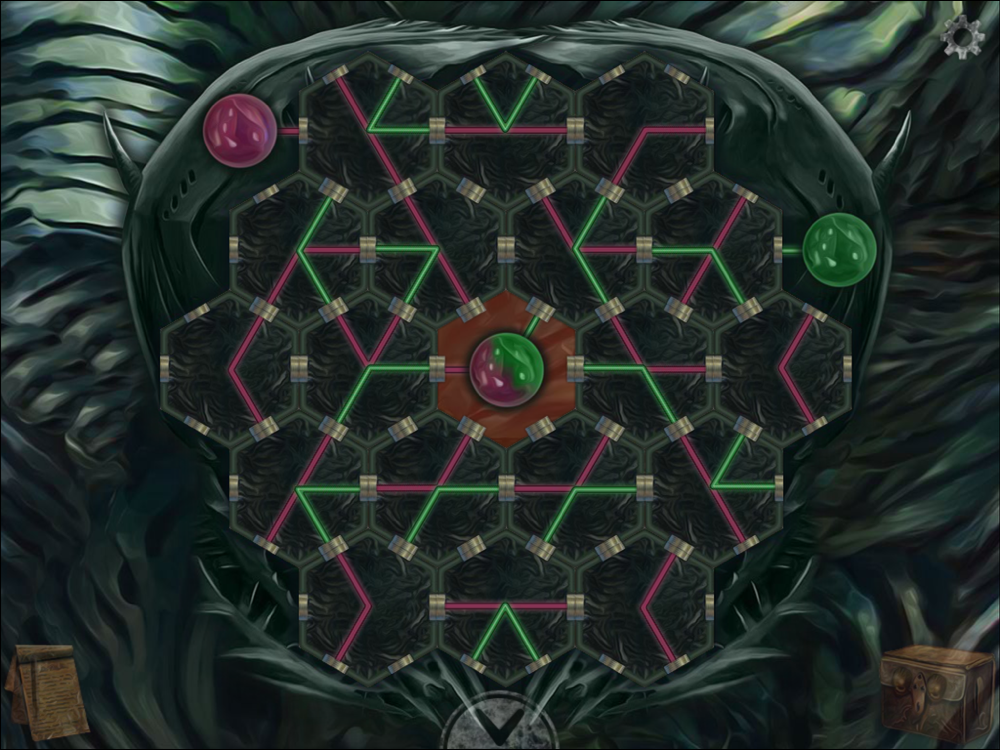 Without giving too much away, you start off in a cage, being transported to a cell in a castle. You’re told by a guard that “this place will purge you of all evil hatched within your bowels.” It’s not clear what you’ve done and what evil needs to be purged from your soul. It also might sound like you’re the one who will be tortured in this game. But instead, you’ll encounter tortured souls and you have to decide whether to help them or not. It’s a sort of a journey of redemption in which your choices shape your destiny. Usually it’s clear what the right choice is, but occasionally it’s more vague. Your journey will take you through three different locations, each one offering plenty of grotesque beauty to keep you interested. Traveling between scenes is also quick and painless, which makes exploration enjoyable and never feel like a chore, even if you miss something and have to search around to see what it was. 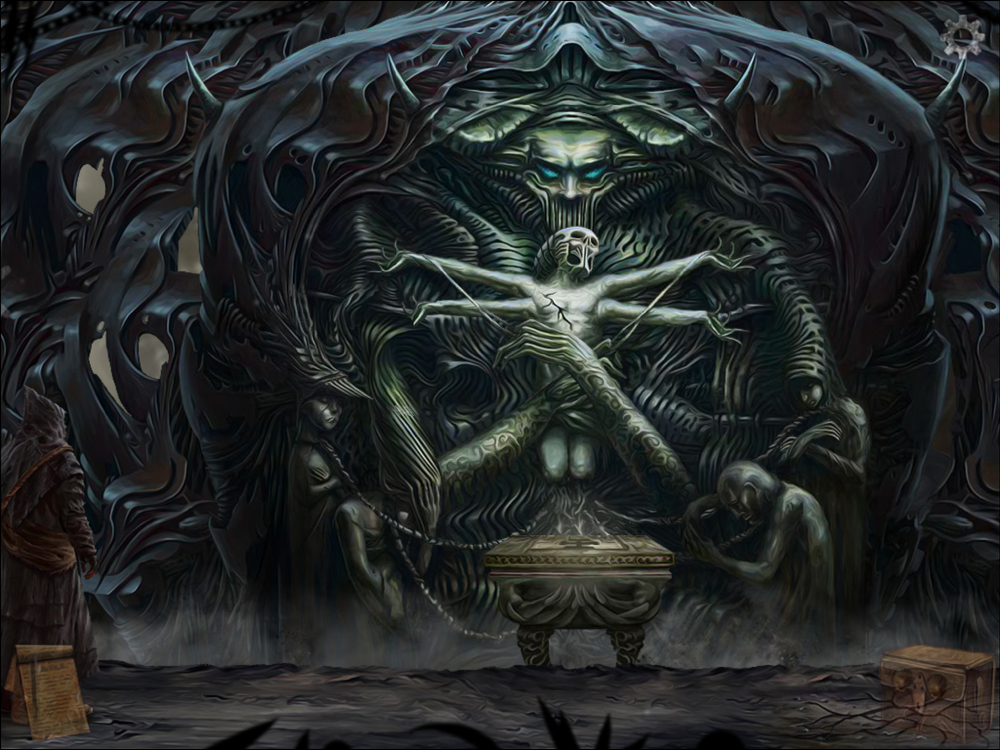 The story is devoid of any humor, but it never gets too heavy or too wordy. It held my attention, without making me roll my eyes or want to skip parts of the dialogue. Perhaps it could have been a bit more disturbing, as the only time I truly cringed and felt uncomfortable was when I encountered this note about creating art through suffering. This letter made me stop and read it over several times. I still get a small punch to the gut when I read it. I was hoping for more like this, but it never came. It makes me wonder what could have been if the writers had gone all out trying to capture this feeling through most of the journey. But even if it wasn’t everything it could have been, I’m still incredibly grateful for what we’re given. 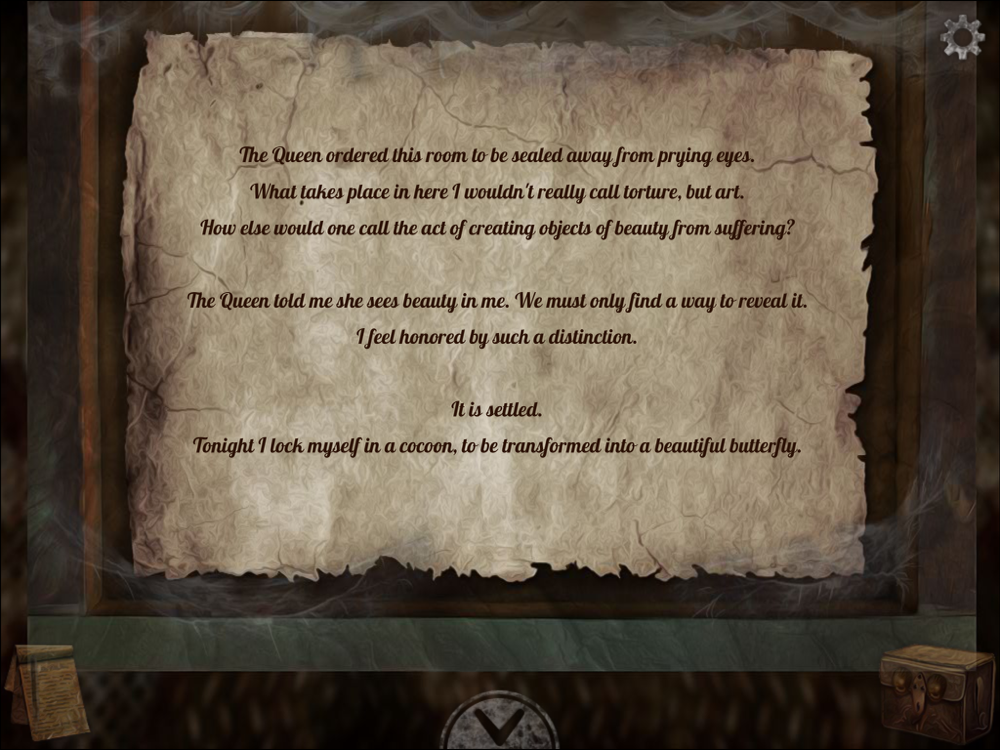 It’s funny. I read a review in the App Store from someone who was upset they got a bad ending due to a choice they made near the end. I met a similar fate, but I actually laughed when it happened. That’s because I didn’t feel robbed of my happy ending. I didn’t feel like I was cheated. The game explained its reasoning and it made sense to me. You don’t have to get a happy ending in a game to be satisfied with it. I actually commend the developers for their willingness to snatch that happy ending away just when you think you have it in the bag. And I enjoyed the game so much that I eagerly jumped back in to play again and get the happy ending. Even if you don’t, though, the endings aren’t different enough to feel like you missed out on the other one. So just make whatever decisions you feel like making and accept your fate. 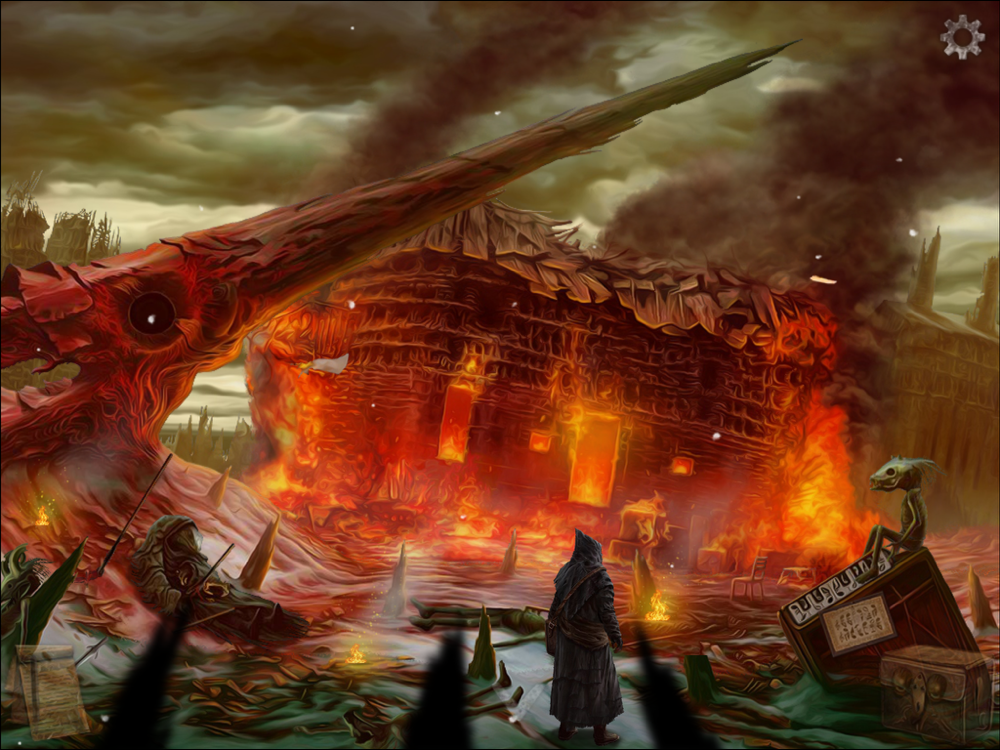 Besides the gorgeous artwork, the game boasts an eerie and perfectly atmospheric soundtrack that fits the mood and immerses you in its world. It changes as you progress to keep it from getting stale, but never distracted me or got on my nerves. It’s exactly what I hope for from a game’s music.

There are a few technical issues I should mention. First, there are no iCloud saves, so if you have two devices you’ll have to stick to one. If you have an iPad, I highly recommend playing on there. The artwork should be seen on as big a screen as possible. It’s still worth playing if you only have an iPhone, but be aware that the screenshots in the App Store don’t show the actual game. All the scenes are cropped to be the same dimensions as on iPad, so there are black bars on the sides. Puzzles and anything that gets zoomed in does fill the screen, though. There is a free version of the game you can try first to see if that bothers you. Also, I had some issues with my saves when I got low on space. All my progress was lost, so I had to delete some things and start over. I recommend keeping a couple of gigabytes free on your device to avoid that problem. 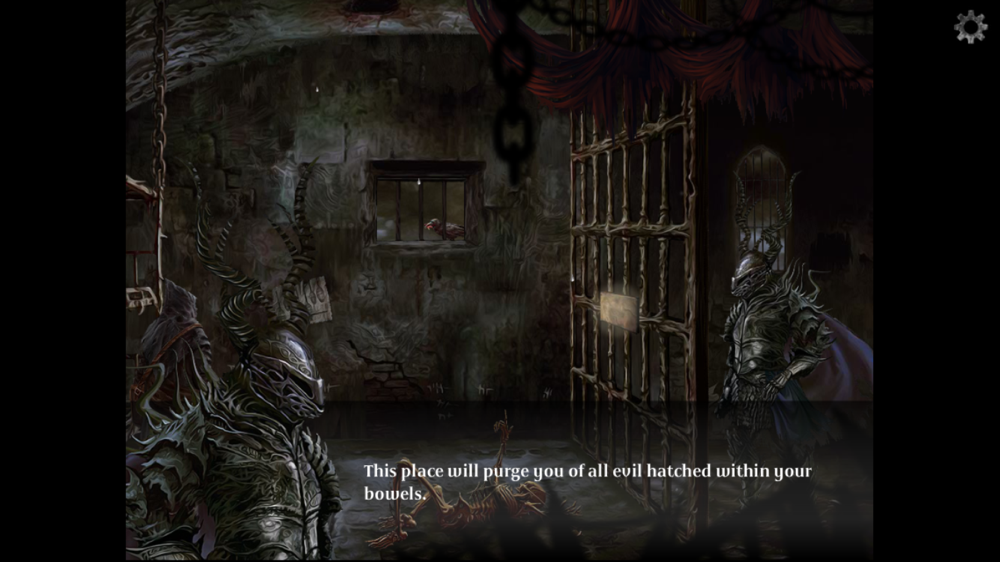 When I first started playing, I wished the game had a hotspot button instead of automatically highlighting interactive spots. But as I continued, I started to appreciate it for what it is. This is not meant to be a challenging, brain-busting puzzler. It’s a relaxed, atmospheric journey through a beautiful hand-drawn world that just so happens to have some puzzles along the way. If you go in knowing that, I don’t think you’ll be disappointed. I know I wasn’t. If this all sounds good to you, you can download the game here.

If you need help with any of the puzzles, try my step-by-step walkthrough. 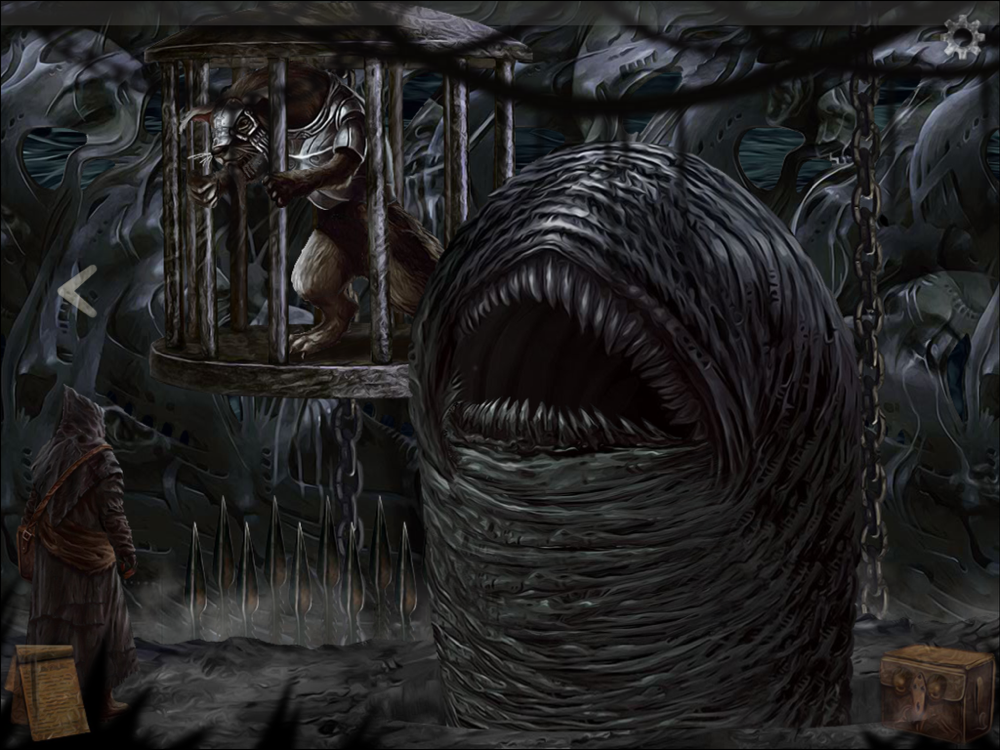 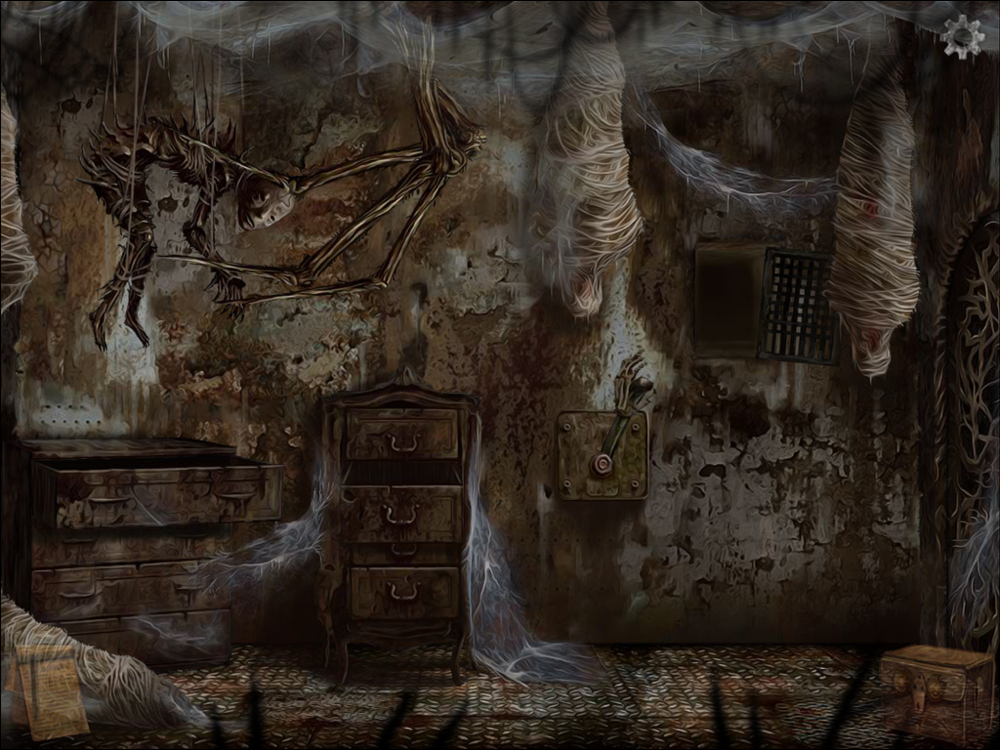 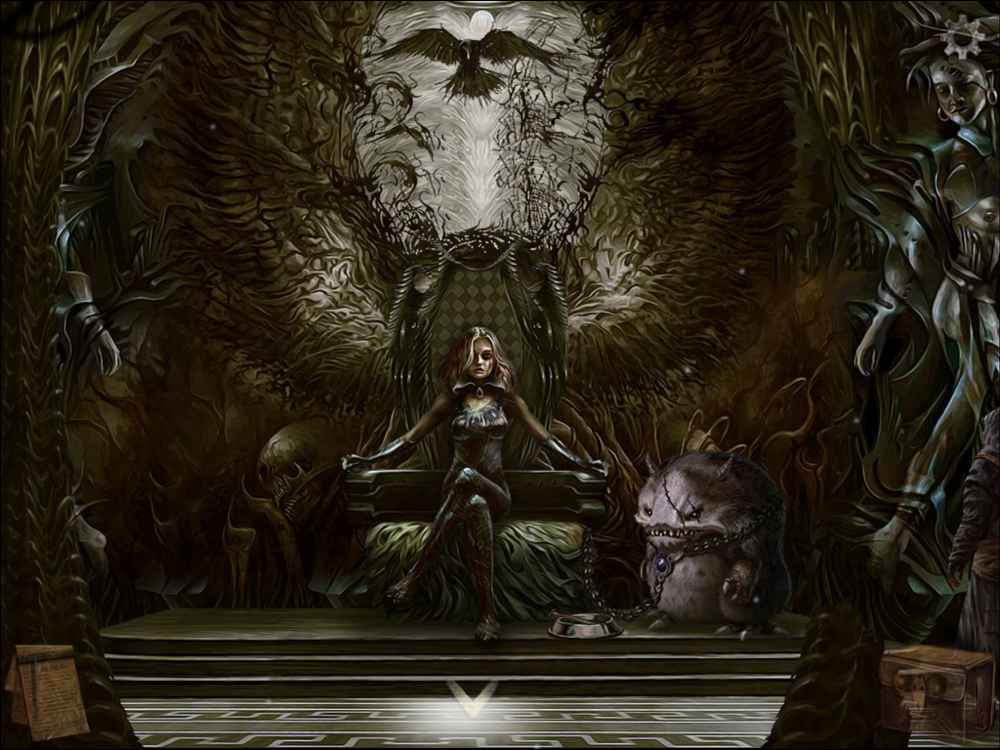