This is a complete step-by step walkthrough with solutions and answers for the iOS and Android puzzle game Ulterior by Pine Entertainment. Feel free to ask for extra help in the comments section.

Ulterior gives you 20 levels for free. If you like them, you can buy another 31 for $0.99. The game is a mix of clever and overly simple puzzles, with a few frustrating ones thrown in. But if you like the first 20 levels, there’s a good chance you’ll enjoy the rest of it.

Level 1, Message: Tap on the left side of the screen to make a little tab appear. Then slide it all the way to the right.

You can also see my video Walkthrough of levels 1 – 20 here:

Level 2, Button: Tap in middle of the screen to make a button appear, then press the button. 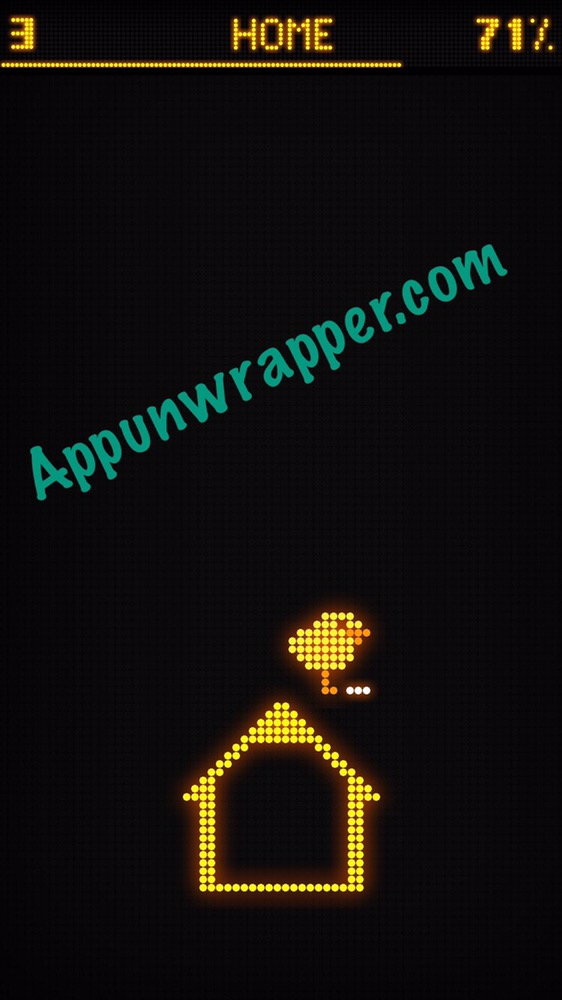 Level 4, Stop Him: The hint is that the hacker needs a connection for his hacking. So cut off his connection to the Internet by turning on your device’s airplane mode!

Level 5, Password: Find the number that’s a slightly different shade of yellow. Then pay attention to the four numbers it cycles through. It will be different each time, and in a different location each time. So you’ll have to figure it out yourself. I’m also not sure how to figure out which number to start with, other than through trial and error. My answer ended up being 4517.

Level 6, Five: Place five fingers on the screen at once. 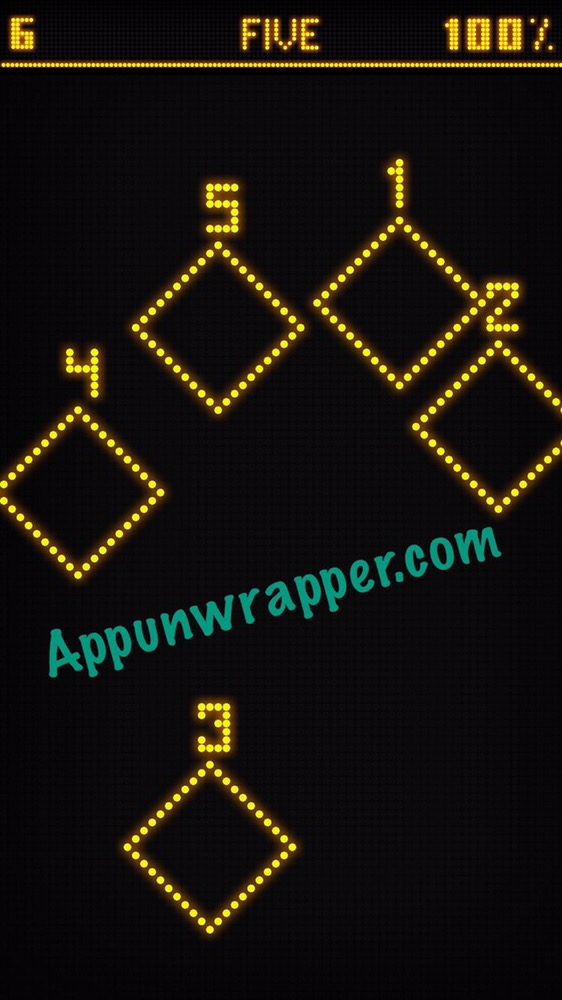 Level 7, Fix It: Either do nothing, or turn your Wifi back on.

Level 8, Target: Draw a circle around the dot to make a target. 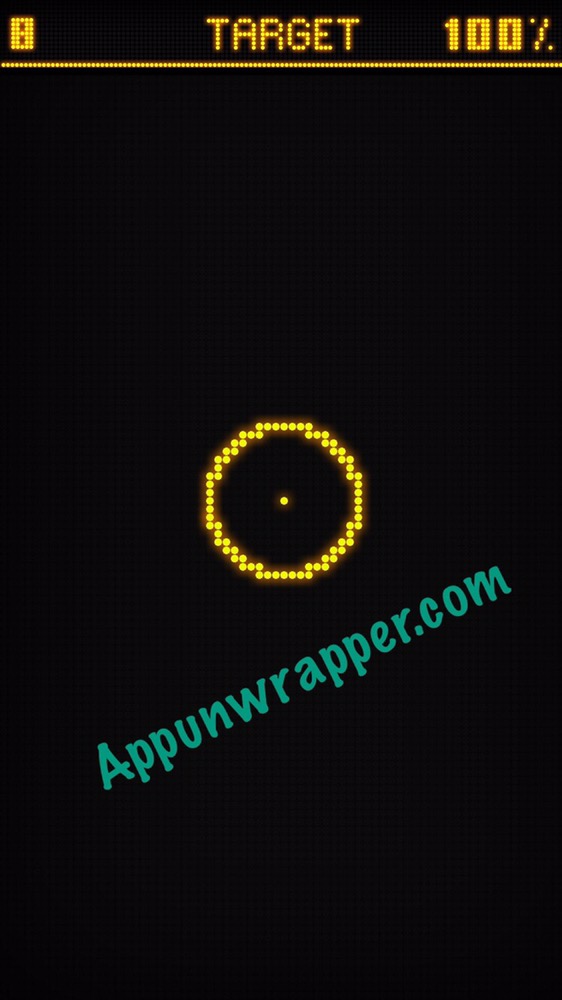 Level 9, Button: Tap near the lower part of the screen to reveal the button. It will keep running away from you, so you need to tap the screen ahead of time where it’s about to land.

Level 10, Password: Swipe along the middle of the screen (left to right) to make four numbers appear. They fade when you move your finger off them. The numbers are different each time, but mine was 9030.

Level 11, Tik Tok: You need to tap the screen in a rhythm. As each diamond spreads and vanishes, tap the screen again. Keep doing it until you get 100%.

Level 12, Touch It: Tap the box, then all four instances of the word “IT.”

Level 14, Alphabet: Find the alpha symbol next to BET and tap it. It will be in a different place each time. 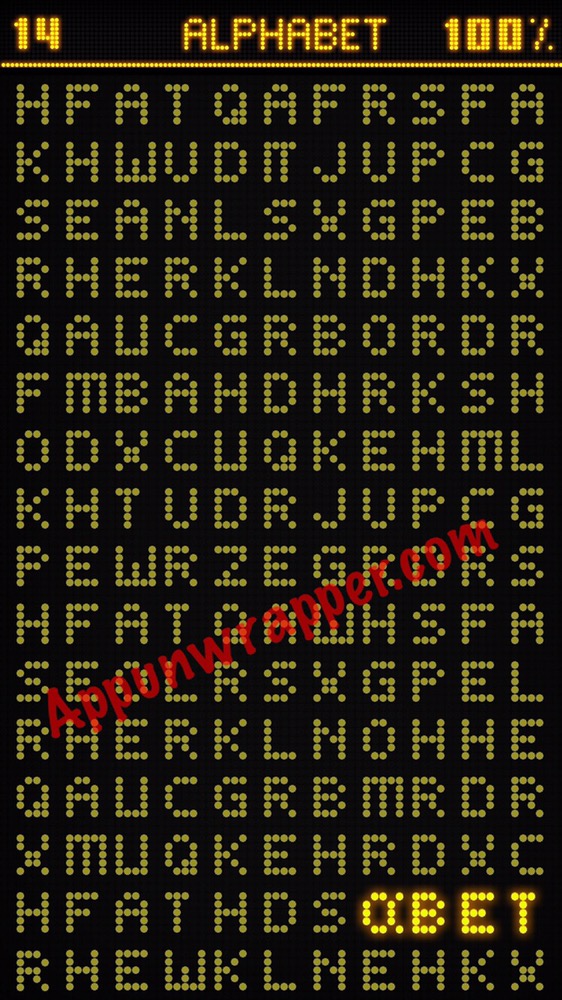 Level 15, Password: Swipe left or right to see what looks like a QR code. If you have two devices, I suggest taking a screenshot of it and downloading a QR code reader (I used the one by Scan It). Then use one device’s camera to scan it from the other device’s screen. If you only have one device, try finding a QR reader that imports photos from your camera roll. I couldn’t find one that worked, though. 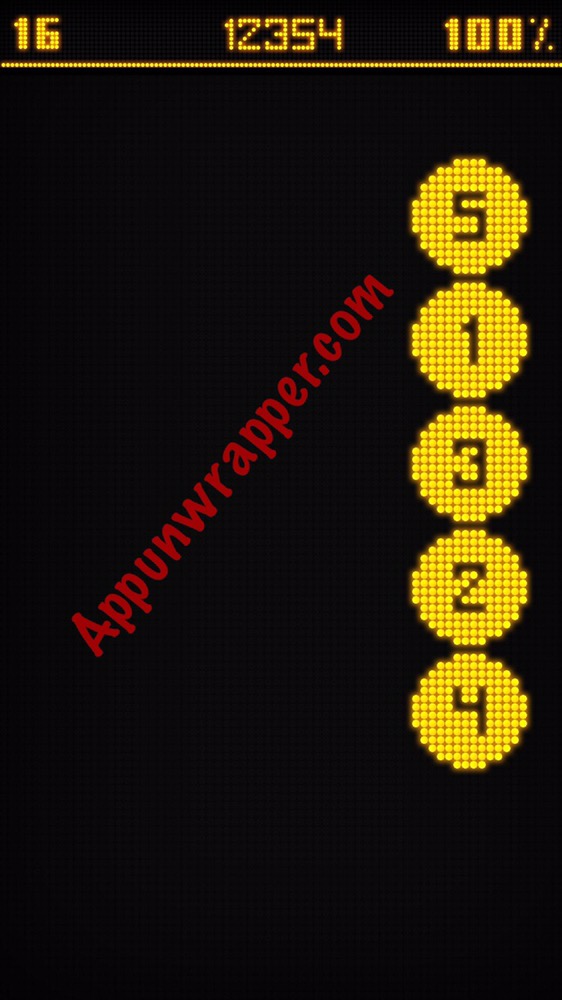 Level 17, Open: These are four doors. Tilt your device sideways to open two of them. Then use two fingers to hold those two doors open and tilt the other direction to open the other two.

Level 19, Stop It: Tilt your device to the side so the sand stops dropping. 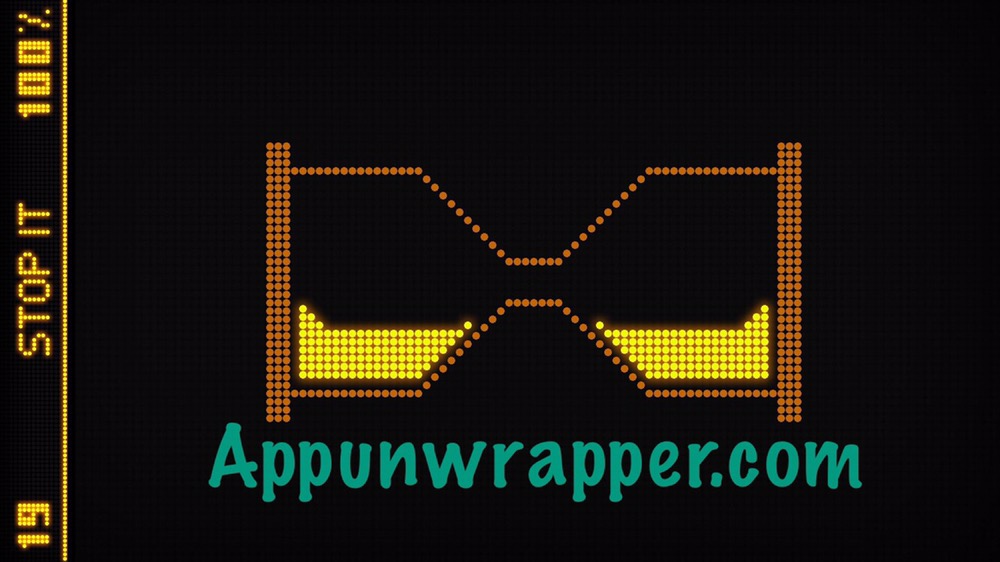 Level 20, Password: Ok, this one is tricky, but doable. It’s going to be different for ermine, so you’ll need to solve it yourself. But the first step is to take around five screenshots. Then look through them and match the first of the four numbers to the same number button. If there’s more than button with that number on it, find a screenshot where there’s only one button for that number. Do this four all four numbers and it should clear the level. If you fail, take new screenshots, because I think it resets the whole thing and your password may change. I’ll use mine as an example. I circled the buttons where the numbers match up in these photos. When there are two of the same number, I needed to use a different screenshot to tell which one to use. (Alternative method: double-tap the Home button to pause the screen without needing screenshots.) 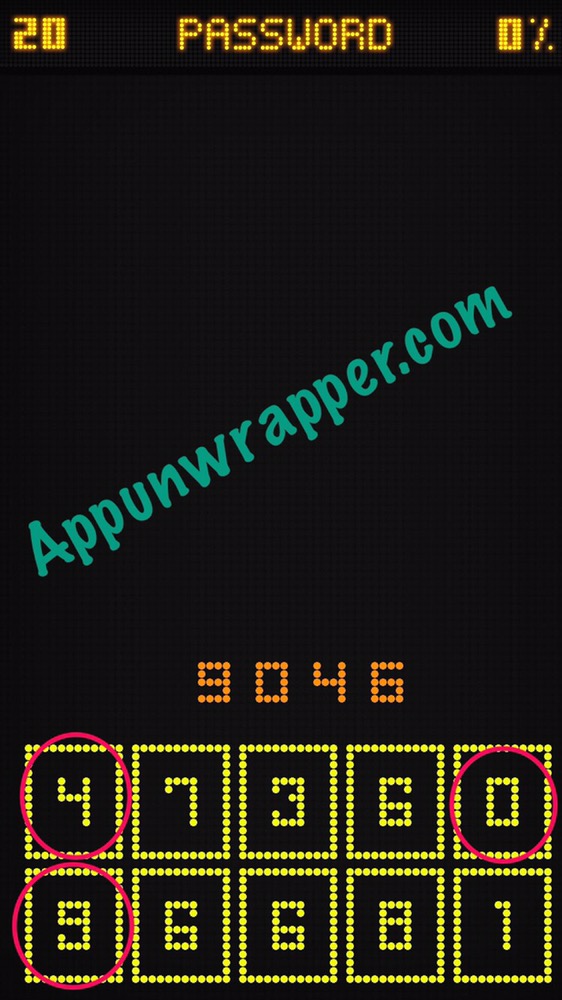 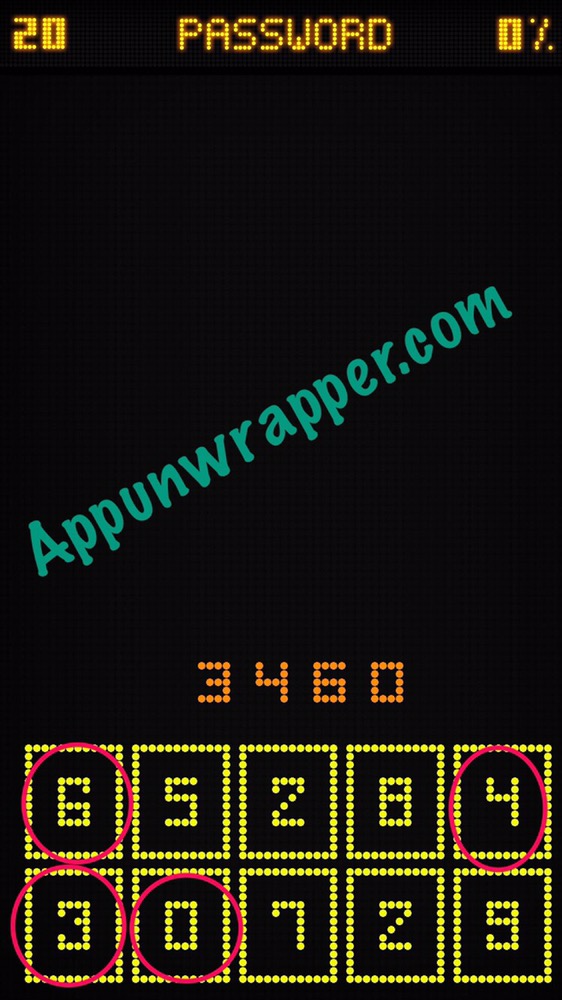 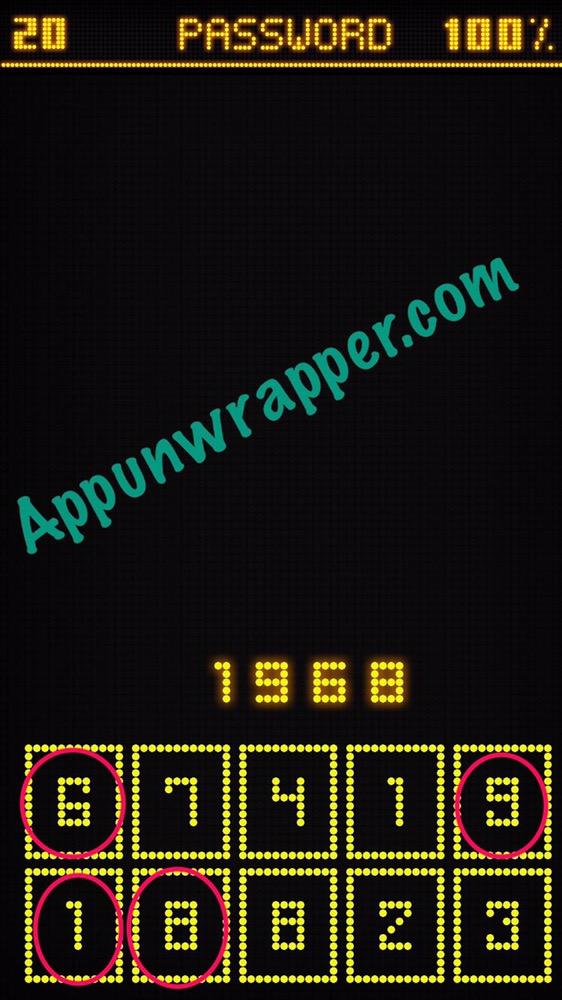 Level 21, Square: Lay your phone on a flat surface so you see a square. Leave it that way until the progress bar fills up to 100%. 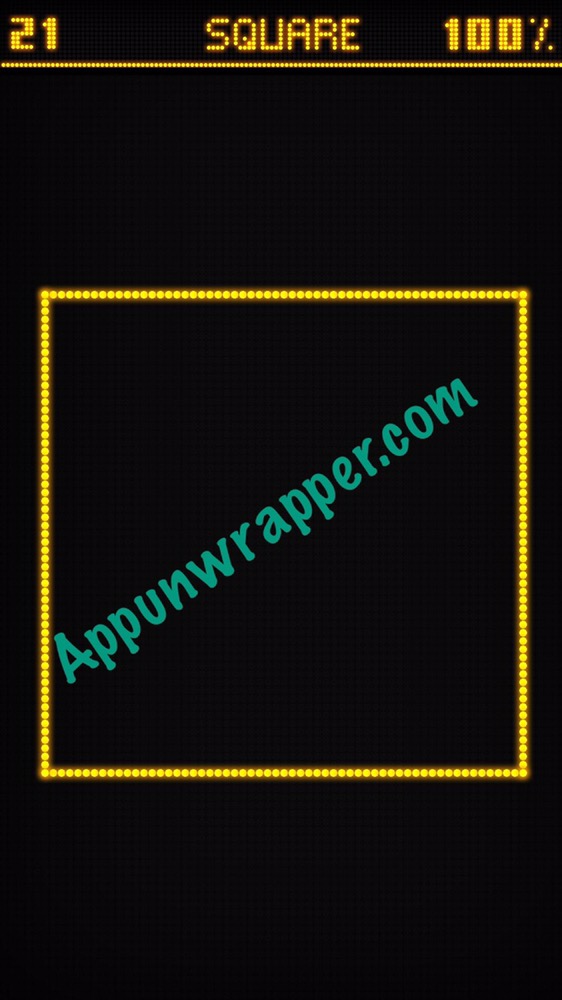 Level 22, Button: First, tap to reveal the button in the center. Then, tap the button to see it split into four. Remove your finger from the center of the screen and use four fingers to press where you saw the four pieces.

Level 23, Sail: Swipe right at the sails of the boat until it moves off the screen.

Level 24, Fit It: Drag the first three shapes (square, triangle, circle) to their outlines. The last shape is upside-down so can’t fit the last outline. But it can fit in the triangle! 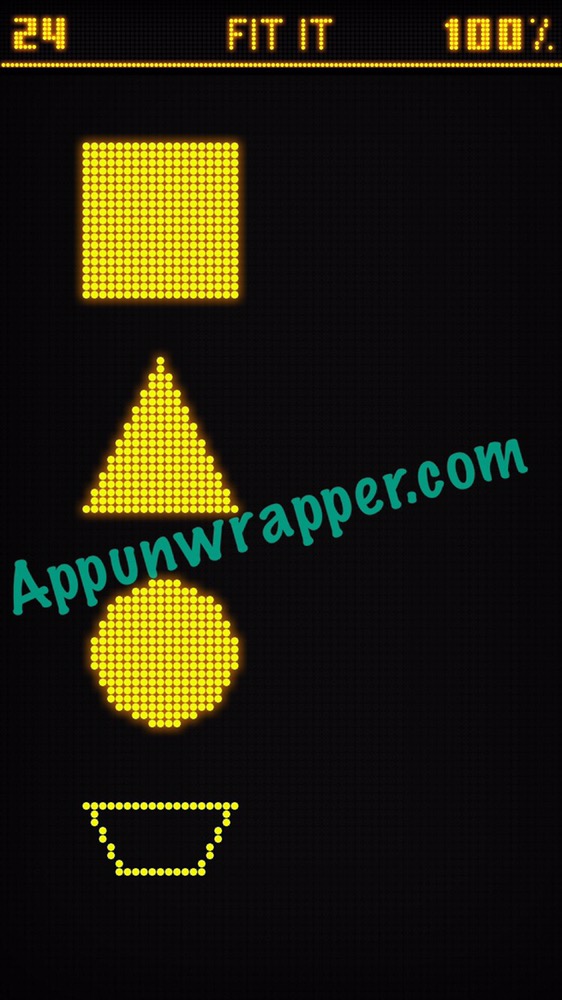 Level 25, Password: It says DUBAI with room for a four-letter password. The hint is “IT’S NOW.” So Google to find the exact time in Dubai at the moment you’re solving the puzzle (you can also use your phone’s camera app). For me, it was 7:05 AM, so I entered 0705 as the password. I’m guessing it goes on a 24-hour clock, so consider that if you get a PM time.

Level 26, H: Just trace each line with your finger so you draw an H. 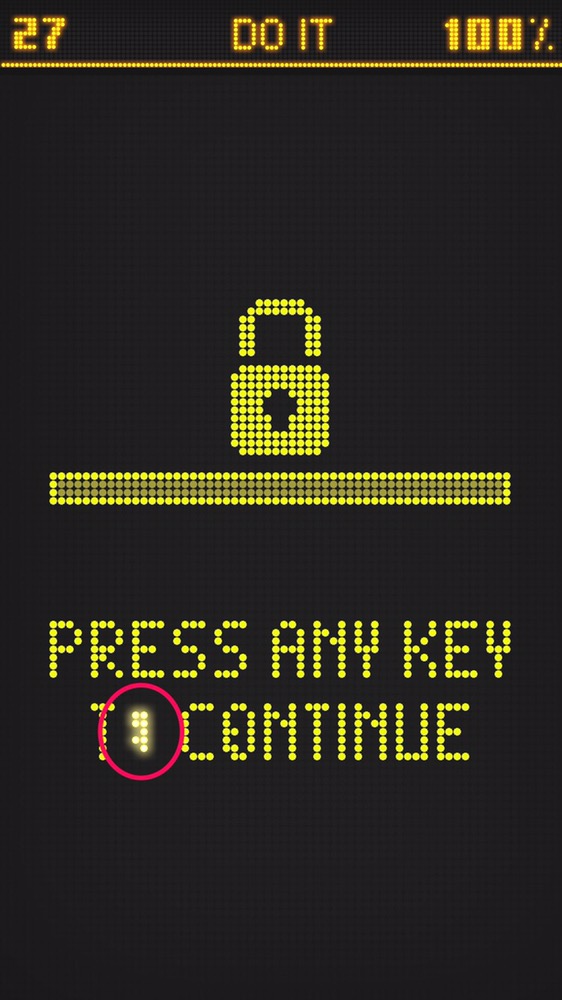 Level 29, All 1: You need to turn all the orange zeros to yellow ones.

Level 30, Password: The hint is MIND THE BUTTON. Pay close attention to the buttons. Some will have a few orange dots on them. Find the button with one dot, then two, then three, then four. Press them in that order for the password. 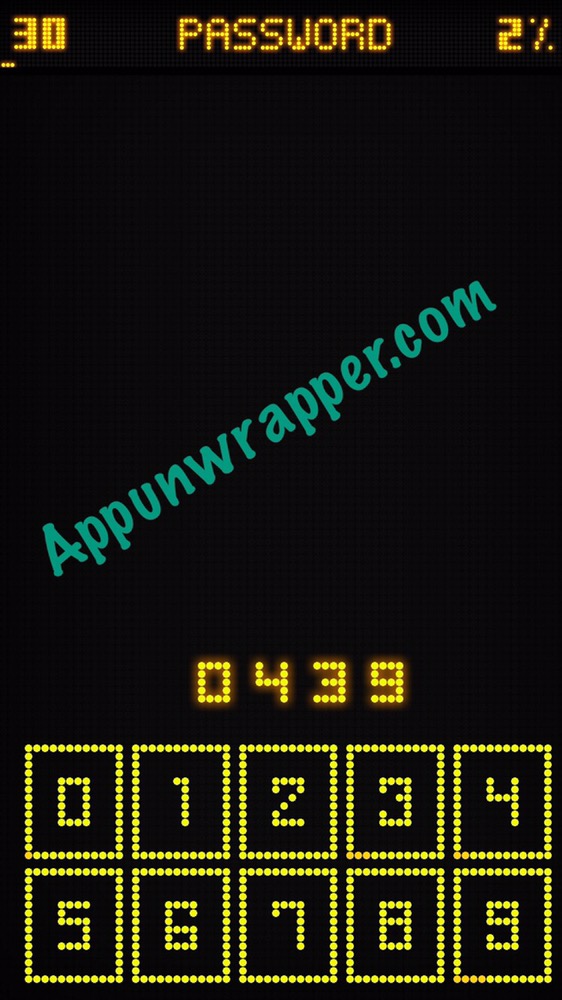 Level 31, Button: Find the arrow button somewhere on the screen, then tap the area it’s pointing to. It will be different each time you play. 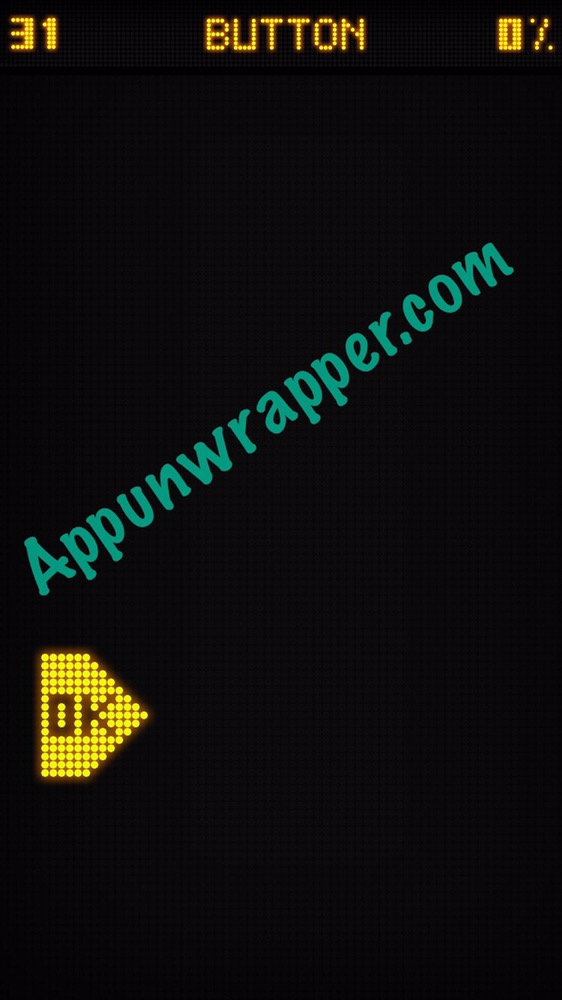 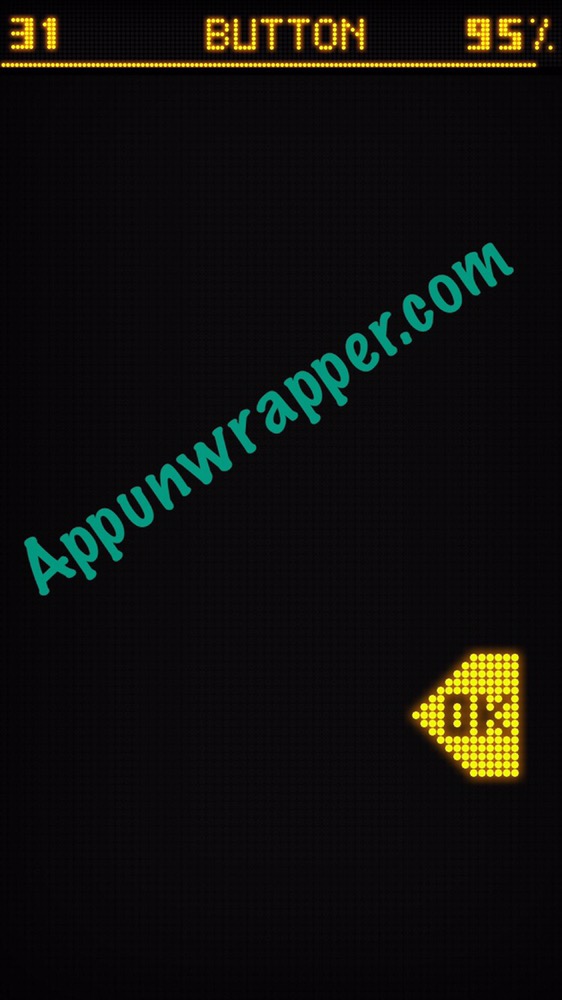 Level 32, Stairs: Pretend your thumbs are feet and use them to walk down the stairs.

Level 33, Find It: Find the M among all the W’s! It’s not going to be in the same place each time. 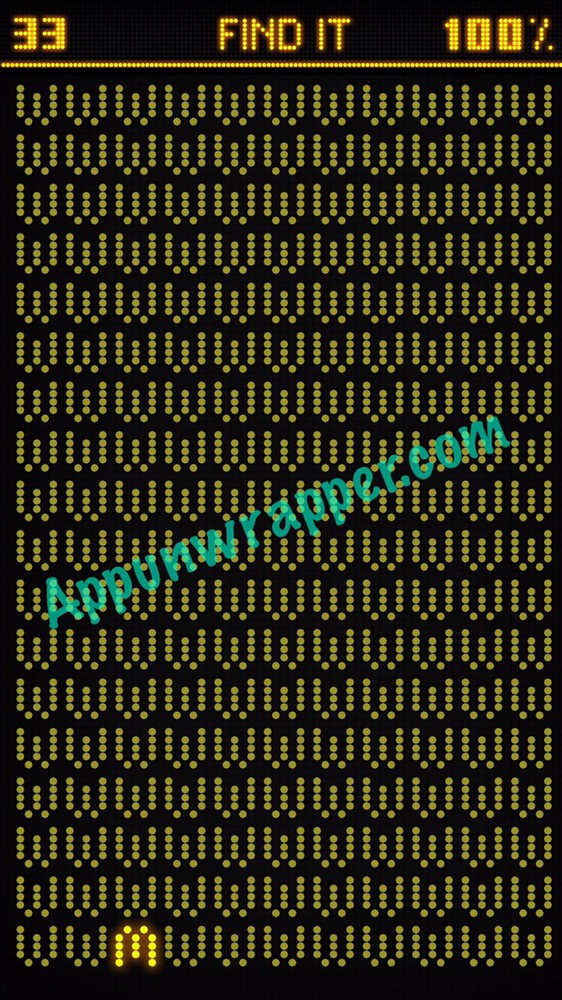 Level 34, Find It: “Before Mount Everest was discovered, what was the highest mountain in the world?” Scroll down to find the answer, D. Everest. 😉 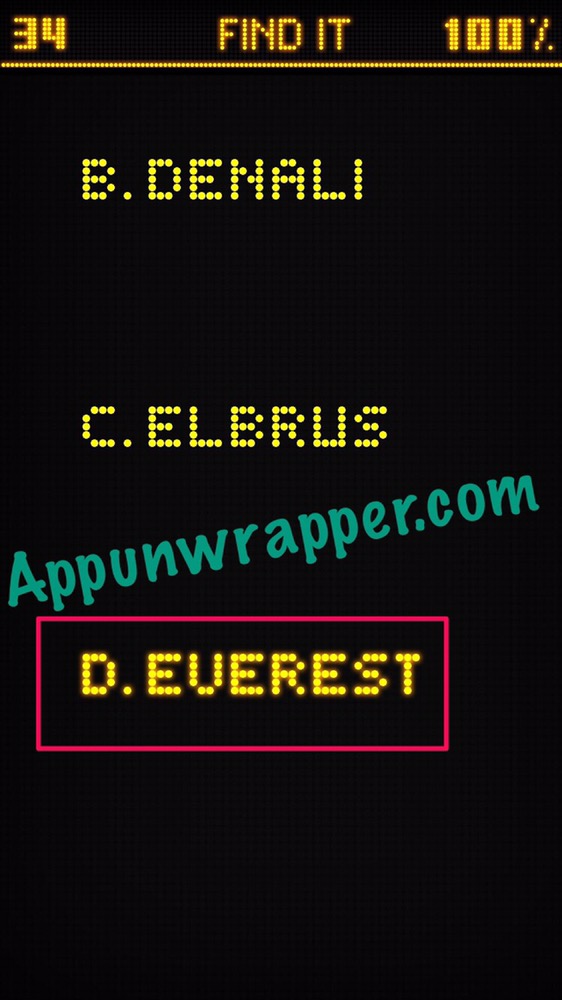 Level 35, Password: Near the top of the screen, there are four numbers. But you can only see them by tapping the screen and paying attention to the dead pixels. If you tap a few times in the same spot, you should be able to make out one, then move to a different spot to find each of the others.

Level 36, Square: Tap to find the single pixel on the upper right side of the screen. Then tilt your device to make it draw a square.

Level 37, The Coin: Use two fingers to pinch out like you were trying to zoom in the image. Do it until you see a coin, then tap on the coin. 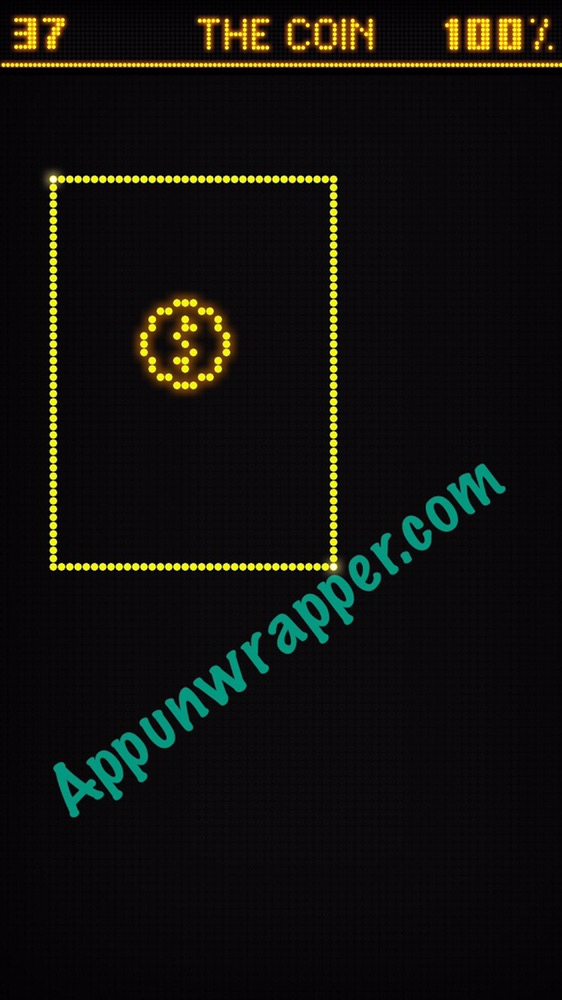 Level 38, Home: This is the same as the first Home puzzle, but the bird is not on the screen yet. So tap near the top of the screen to drop some birdseeds. Then lead him home the same way as before. 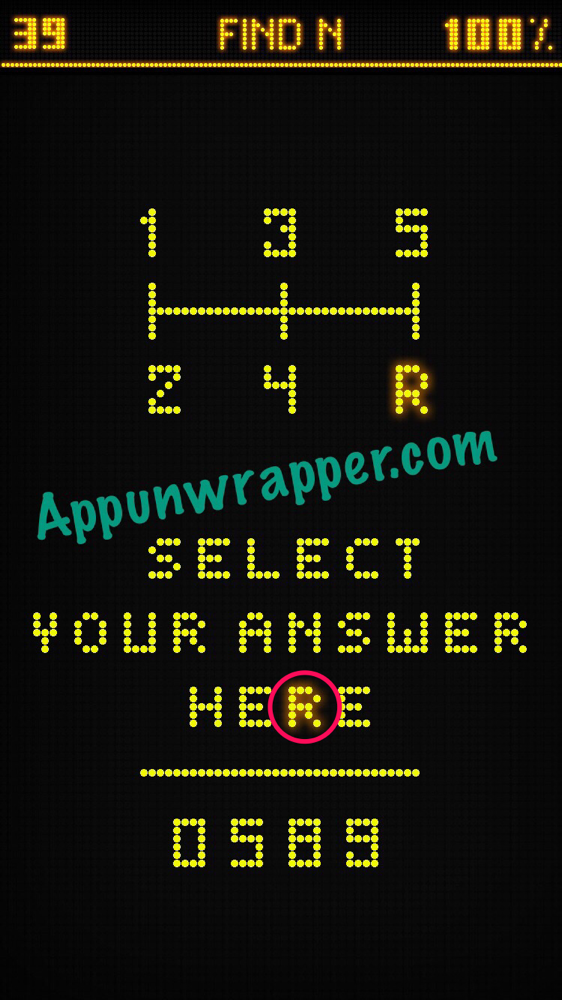 Level 40, Password: This is a little tricky. It took me a few tries to get it right. But there are two beams or columns that move around if you swipe left and right. Try to line them up to the left of he screen. Then use a mirror to reflect the image. For me, the answer was 9261. 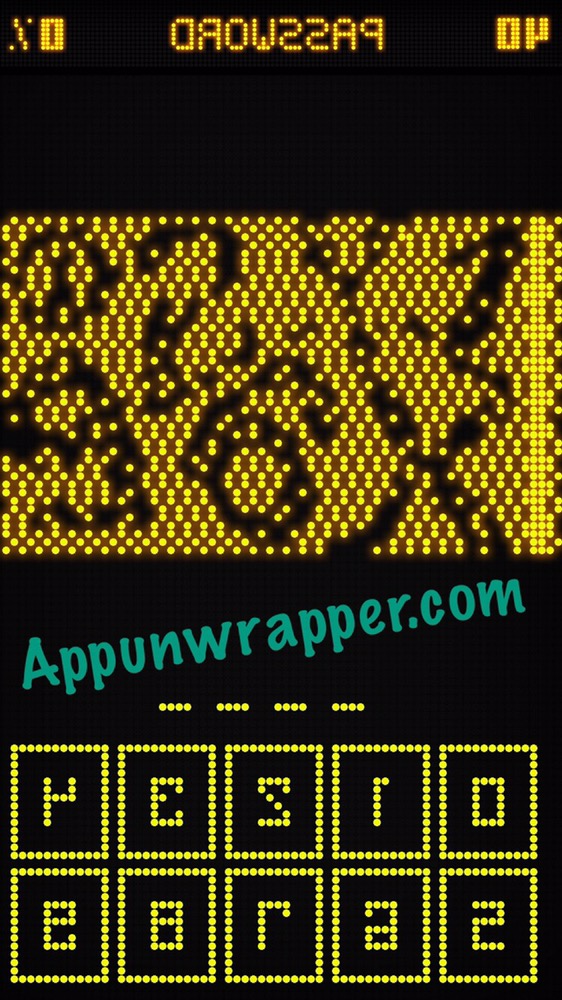 Level 41, Coffee Time: Take a “coffee break” by minimizing the app for a second and then opening it again. It seems if you let the progress bar fill normally to 100%, it won’t clear.

Level 42, Fix It: The E (east) is a W! So use your finger to rub it off and erase it completely. Then do the same for the proper W and S so only N (north) is left on the compass. 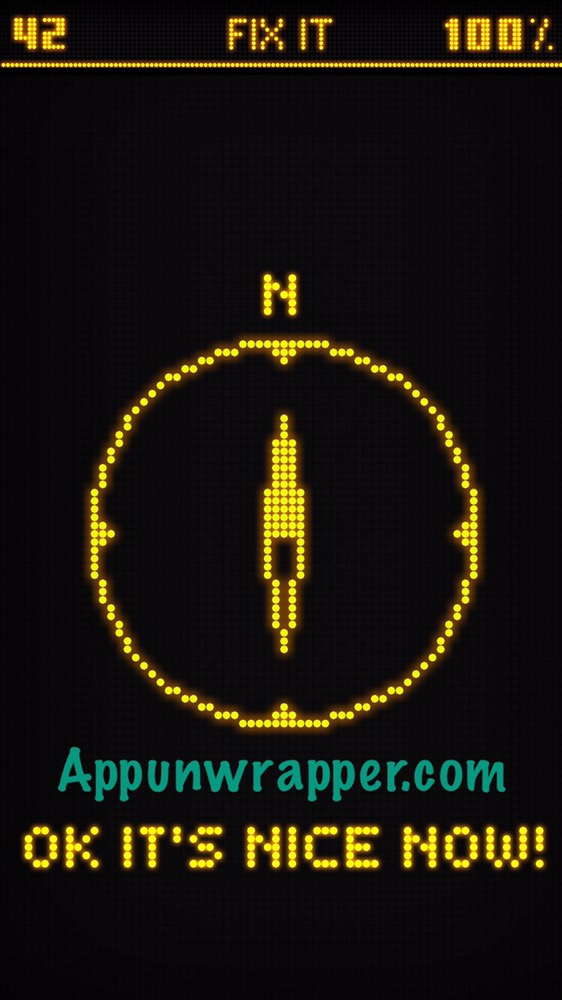 Level 44, All 1: Once again, turn all the orange zeros into yellow ones.

Level 45, Password: If you tap and hold the screen, the numbers stops changing. The hint is IT STARTS FROM ‘HERE’. I managed to get it to stop with the line “HERE IT IS: 2875”. So my password was 2875. It’s probably different for everyone, though. 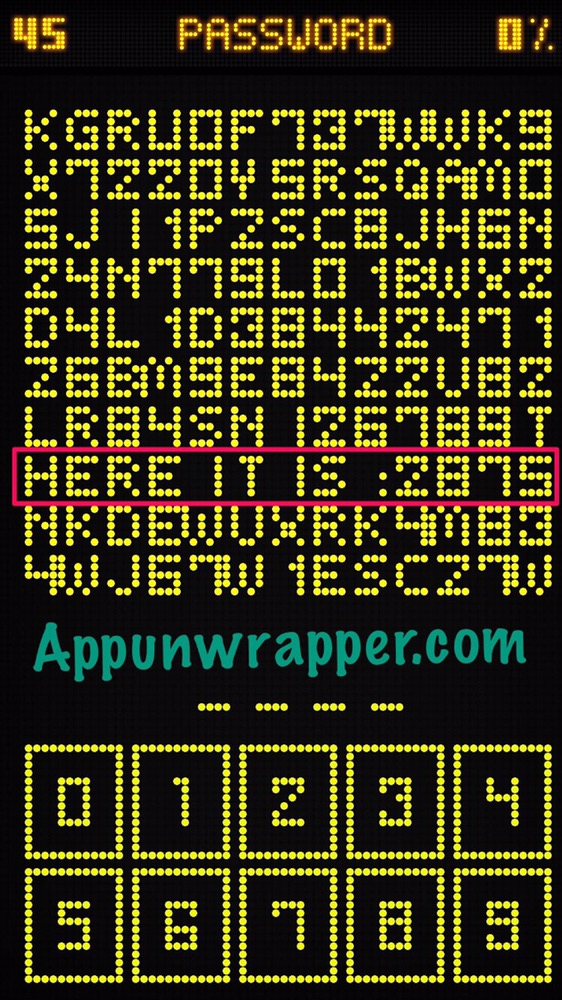 Level 46, The Coin: Use one finger at a time to drag a present from the center of the screen. You’ll need five fingers on the screen at once for this — four for the gifts and one for the coin. 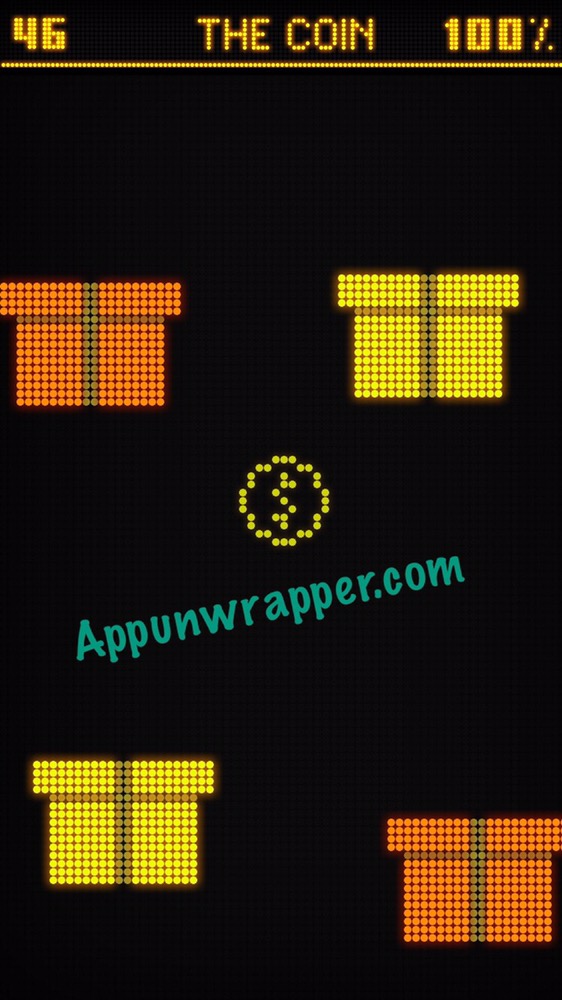 Level 47, Do It: The hint is AS FAST AS YOU CAN. This is a very very annoying one. You have to quickly tap the circles. But sometimes you have to tap the same ones twice or even three times. And you’ll have to tap with four fingers eventually. I recommend placing your device on your lap for this.

Level 48, 6952483: I recommend taking a screenshot of the numbers when they flash on the balls at the very beginning. That should make it easier to tap them in the order of 6952483. It’s likely different each time, but mine is below. 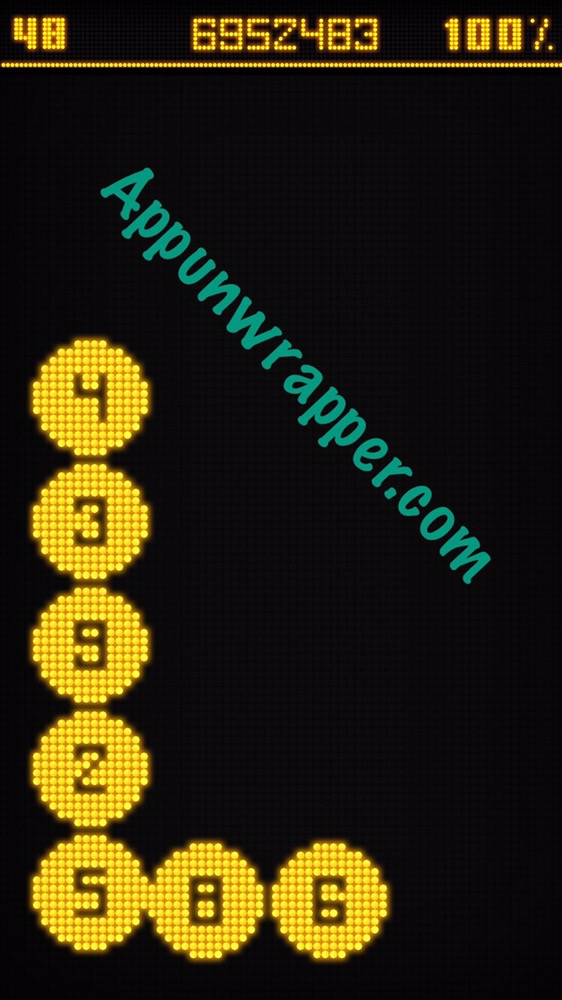 Level 49, Birthday: Tap the wick of the candle a few times until it lights. Then, blow into your mic at the bottom of your device to blow out the candle.

Level 50, Password: The hint is PLAY ON WORDS. I’m not 100% sure why this is the solution, but choose the numbers in the spots I circled. The answer will be different for everyone. (Thanks to Ginger for this.) 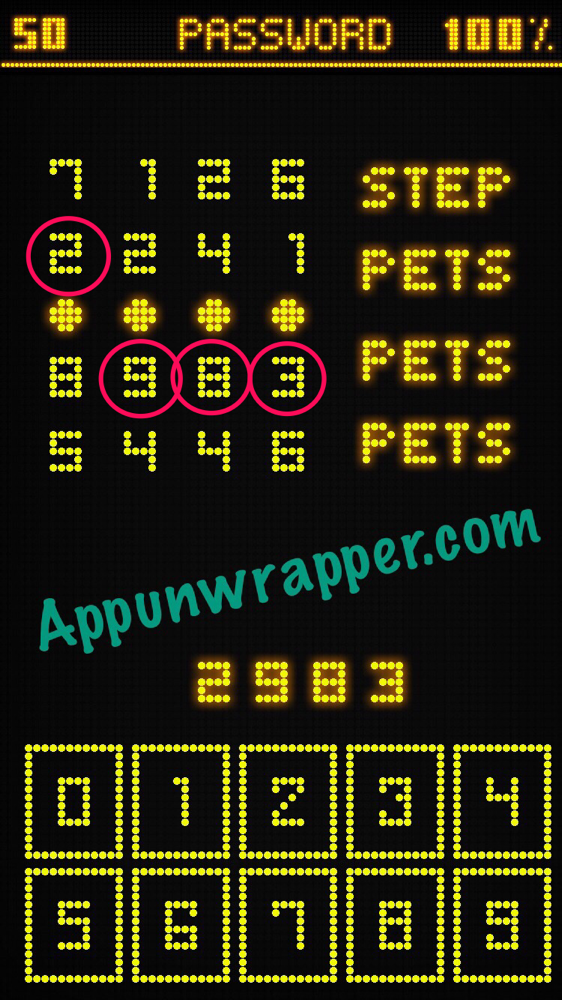 Level 51, Balloon: Blow into the mic at the bottom of your device to inflate the balloon. 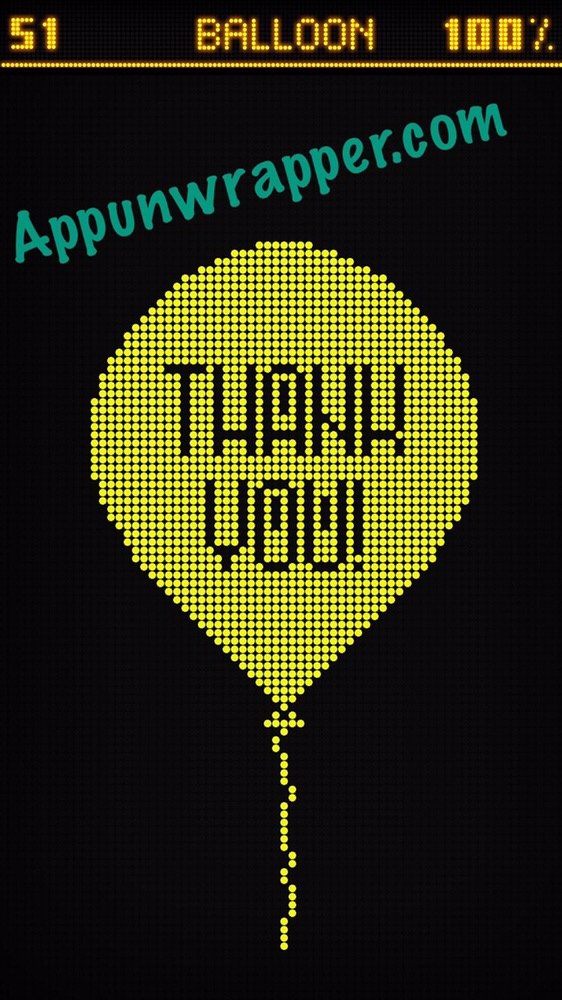 And that’s all for now! Check back again if any new levels are added.