Note: My in-depth review is now published. You can read it here.

I have mixed feelings about the USA Network TV show Mr. Robot. I was totally into it at first. With the main character talking to the audience the way fictional serial killer Dexter Morgan does, it was hard not to make comparisons, both good and bad. I liked how it dealt with the idea of the 1% and questions of morality. There’s a lot to sink your teeth into. But somewhere along the first season, the show lost me for a while. It got confusing and a bit sluggish. But I finally pushed through the particular episode I didn’t like, and managed to finish the first season. Even though I’ve hit some slog in the second season, I feel I’m familiar enough with the show to be able to follow along with the text-based tie-in game written by Night School Studio and released by Telltale Games.

It starts with you finding a cell phone on the ground. You open the E Corp Messaging app and read and agree to the terms of service that will most definitely result in your being turned into a human centipede.

You then enter your name and start getting texts from a character from the show. I don’t think her name has come up in the game yet, but I knew from the App Store description that it’s Darlene. So I’ve been hearing her voice in my head as I read her texts. And they’re pretty believable.

I’ve also gotten texts from other people who I don’t know and some alerts from the library and the police. I like these little details and I also like how everyone makes typos when they message you. Even though I can’t type out my own texts (man, that would have been amazing), I can watch them being typed out after I choose from several options. And even my character makes typos. It’s a small detail but it adds quite a bit to the feel of the game.

It got off to a great start. You can watch the first 10 minutes in the video above. Seems promising, no? I’m excited to see where this goes.

The problem is, I’ve had the game for about 13 hours now and barely even played for 20 minutes.

After those first messages, it took an hour before I got some alerts from the police about a breakout from the prison (this reflects events from the first season of the show) and some spam:

I kept checking the app again. The notifications aren’t working, so I have to keep checking if I want to know if something happened. Hopefully this will get fixed, but right now it means the game is not really great at being a message-based, real-time game.

So I keep checking. I finally hear from Darlene again!

And then she’s gone again. Did I choose the wrong options? Would she have stuck around and chatted more if I asked more questions? I’m not sure. But she was gone again.

So I waited. It was getting late and I was tired, so I was about ready to give the game a rest until the morning. But I got one last round of texts — group texts from a bunch of people I would likely never be friends with in real life. But one of them sent me a photo of a T-shirt with a talking d**k on it. I started to warm up to the game again.

I thought, maybe Darlene’s just asleep (she goes to bed before 10Pm?) and she’ll contact me in the morning. So I went to bed.

It’s now 9:30AM, 13 hours since I started playing and 10 hours since anything has happened. The notifications are not working for me, so I keep checking, hoping. But if something doesn’t happen soon, I’m going to just forget about the game.

I hope this is not the expected pace. Maybe it’s a glitch? And maybe if the notifications are fixed, it won’t matter so much. But right now, I’m just so so disappointed. I’ve been hoping that Night School Studio’s PC game Oxenfree would come to mobile, so this seemed like the next best thing. I really want it to be the great experience I expected from them.

I’ll update this if I hear anything about the bugs or if the game picks up and actually becomes a game. But right now, based on my experience so far, I can’t say I would recommend it. 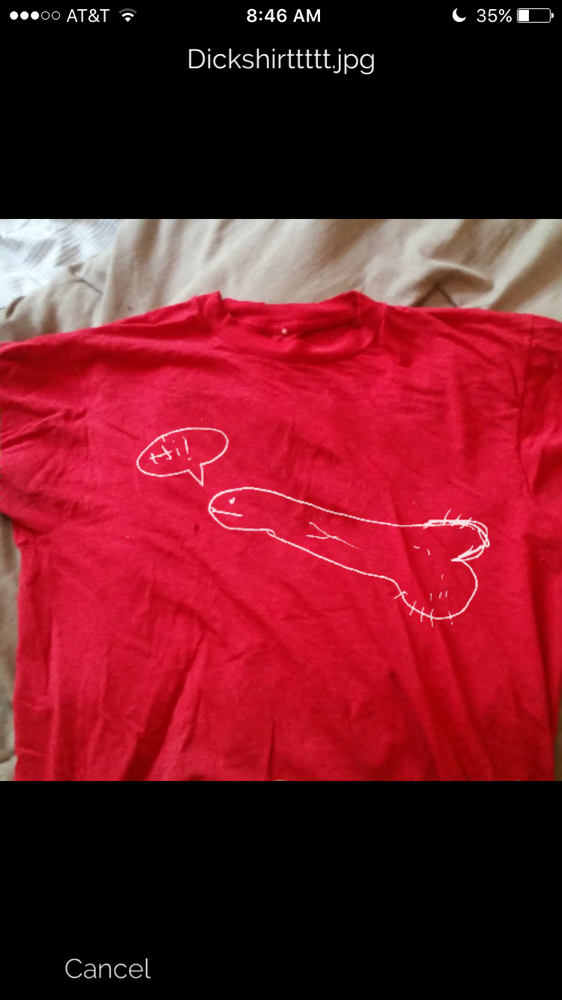 Darlene finally returned after 11 hours and introduced herself. She also told me that “E” would contact me and I needed to pretend to be her. I assume E is Elliot, the protagonist of the show.

The game is getting interesting, even though I feel like part of the mystery is gone since it’s taking place in the past. I’m still intrigued and hope the pace picks up so I can really enjoy it.

The game is picking up now! Things are getting interesting. Notifications are still broken, but I’m enjoying the game when something does happen. I had to outsmart a couple of people to get login credentials for an employee. You can see more here:

Things have really started to pick up now! It feels more puzzly and I had my longest play session so far at around thirty minutes. Really enjoying it now!

Ok, I’m loving the game now. There’s some suspense, I feel like I’m solving some puzzles (even if I’m not really), and the characters feel like they came right out of the show. Lots of awful people. You can see more here:

I just finished the game. You can see the ending and some of my thoughts here. I haven’t decided yet if I’ll write a proper review: