The Norwegian game The Frostrune has been on my radar for years now, and it’s finally getting close to release on iOS, Android and other platforms. No hard date has been set, but they’re planning for October. I had the opportunity to play a nearly-completed pre-release build and I was given permission to share a short gameplay video with my audience. But first, a little about the game.

You play as a young girl shipwrecked on a gorgeous hand-painted island. As you explore, unlock new areas, and the story unfolds, you’re given the power to see ghosts. This ability can be turned off and on, similar to the pills in Killmonday Games’ Fran Bow or the eyepiece in Fireproof’s The Room series. I’m a big fan of this kind of puzzle mechanic that hides things in plain view and makes you look at familiar locations in a different light. You can see a small taste of it in the video below, but don’t worry — I didn’t share any of the puzzles! 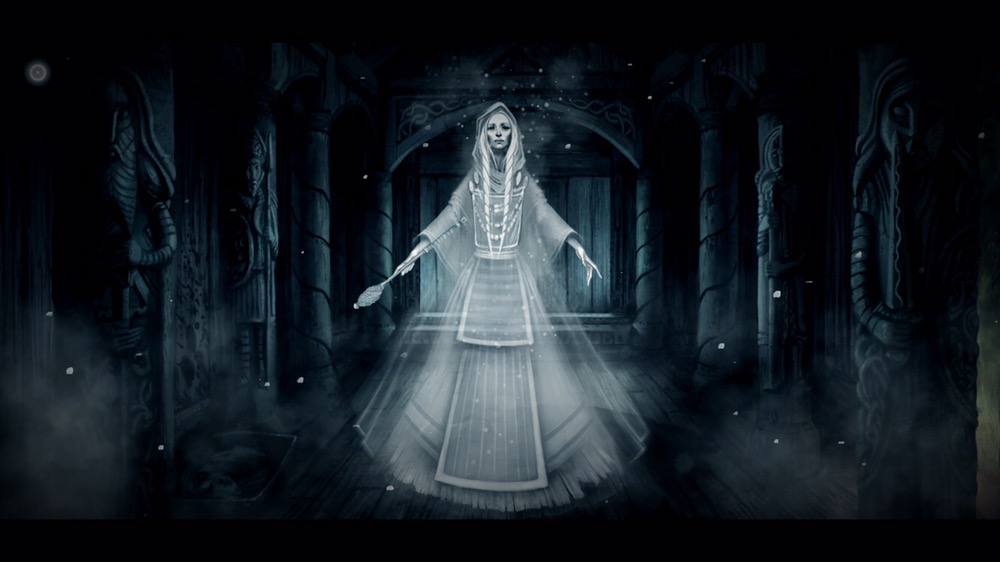 The game is steeped in Norse mythology, based loosely on the anonymous Edda poetry. The story is original, but features mythological beings from the lore and even borrows from inscriptions on real rune stones. So you might accidentally learn something while playing. 😉

I’ve also been told that it’s part of a planned trilogy. So if you enjoy the game, you’ll have more to look forward to! I’ll make sure to let you know when the game is available to download. Until then, enjoy this exclusive gameplay video:

And as a little bonus, if you’d like to learn a bit more about the history of the runes, you can watch this video from Grimnir Media:

Disclaimer: The art director for The Frostrune designed the AppUnwrapper icon and has been a good Twitter friend of mine for a while. But I didn’t want that to stop me from showing you a preview of this gorgeous game.

The Mystery of Haunted Hollow: Review