This is a complete step-by-step walkthrough guide with hints, tips, tricks, answers and solutions for the iOS and PC game Samorost 3 by Amanita Design. I’ll talk you through everything so there’s no confusion. All achievements are included. Feel free to ask for extra help in the comments section.

When you see a creature or object emitting sound waves, drag your flute to it. You’ll then listen to it and sometimes play music back to get a hint from the creature of what it wants from you.

Explore! The game doesn’t have the best indicator that you can go on to the next screen. Get very close to the edge of the screen and then tap again on the edge to see a little arrow. It’s easy to miss, but once you know to look for it, the game opens up.

There are achievements throughout the game that you can earn by exploring more. They’re all included in this walkthrough.

I recommend taking advantage of the many save slots and saving frequently at different locations so if you miss something, it’s easier to go back. Also, you’re less likely to lose progress that way.

Bug antennas to get the Jing Jang achievement: 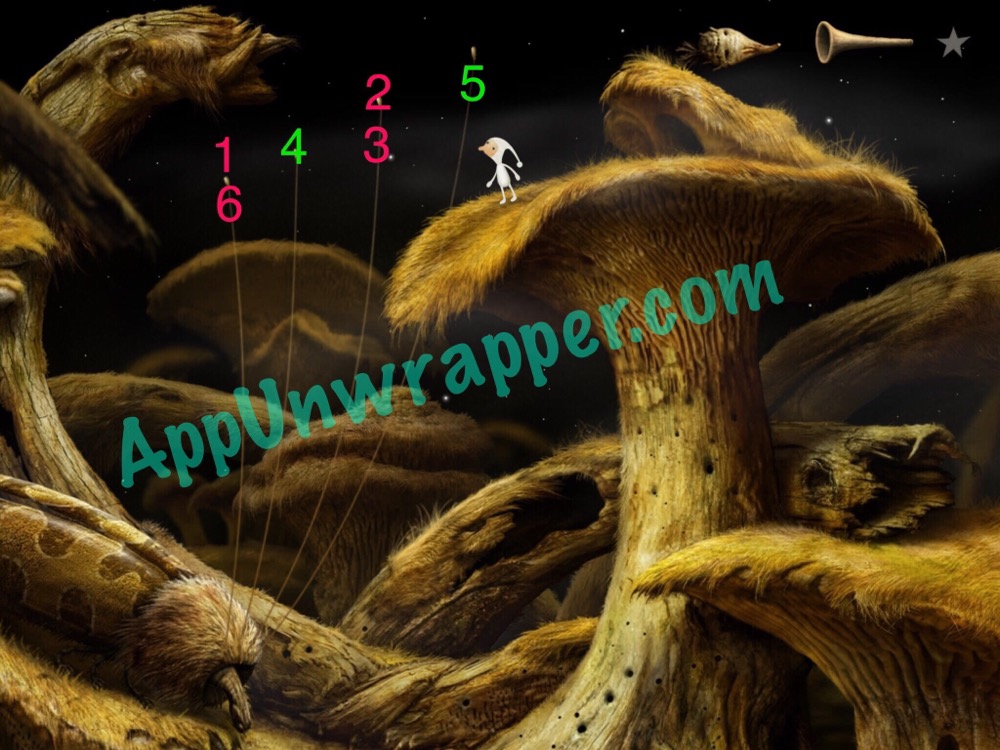 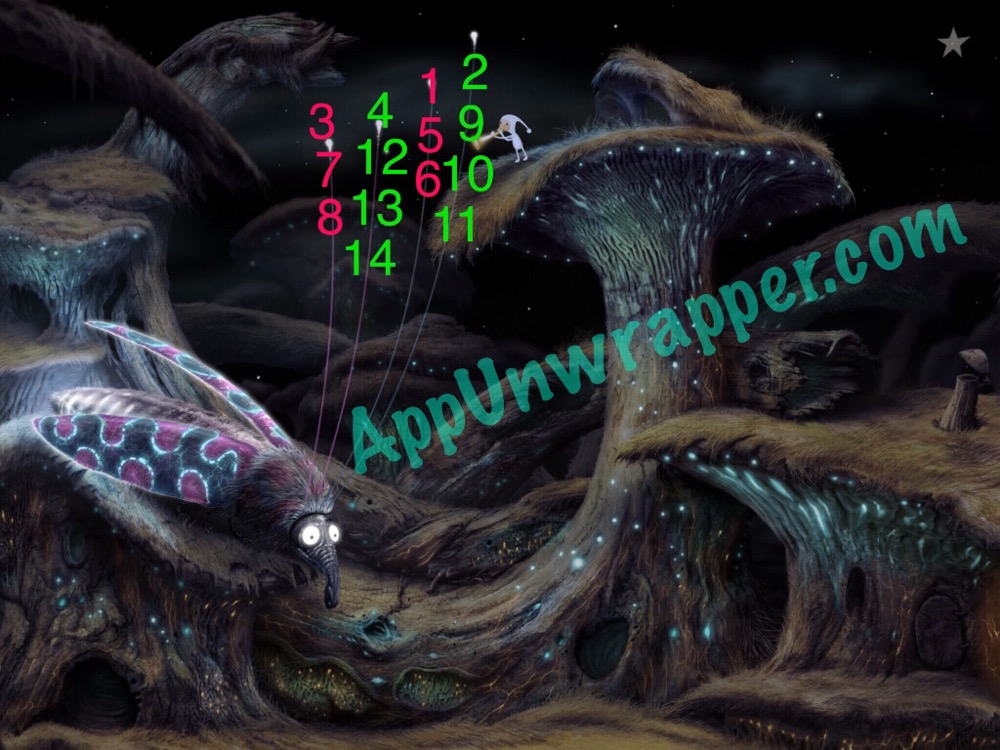 This is how the reeds should look for the singing lizards. I’ll have a video up later. 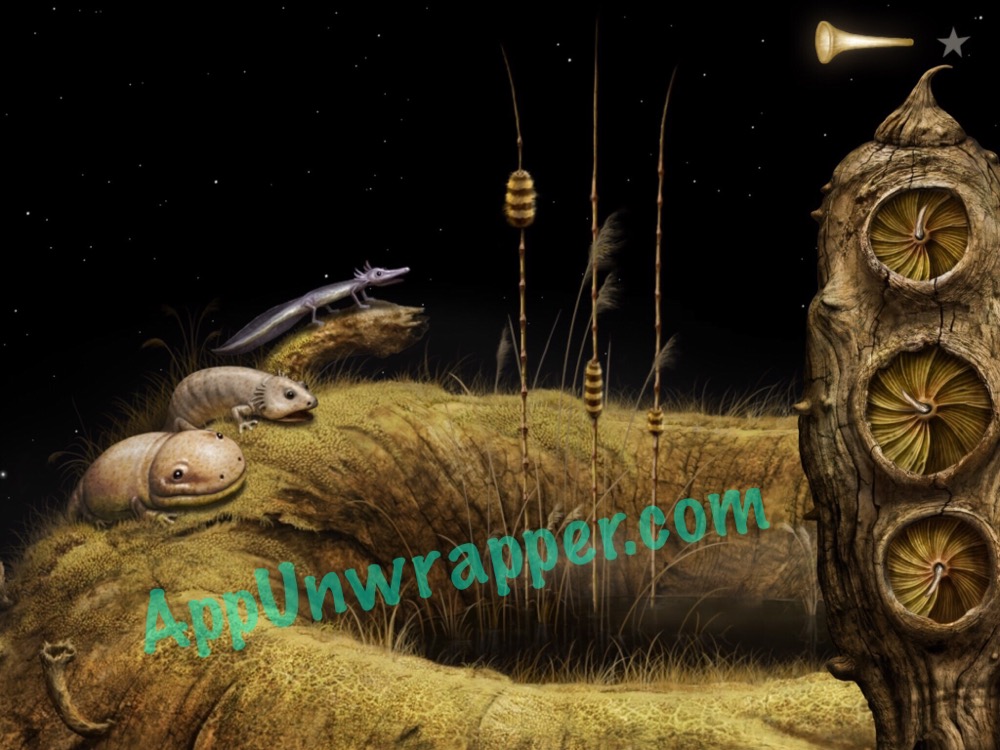 For the bubble wrap turtle, you need to first pop all his bubbles at once. To do so, pop the big bubbles first because the little ones inflate again very quickly. Then, play your horn for him again and he’ll give you a pattern to copy. Again, do the bigger bubbles first. 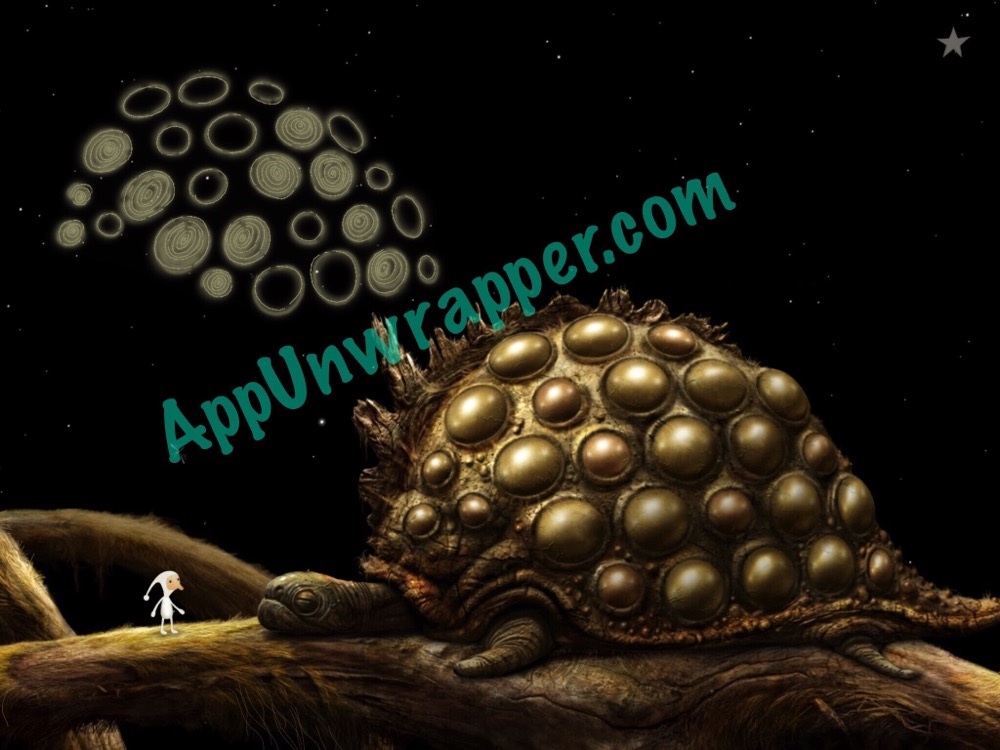 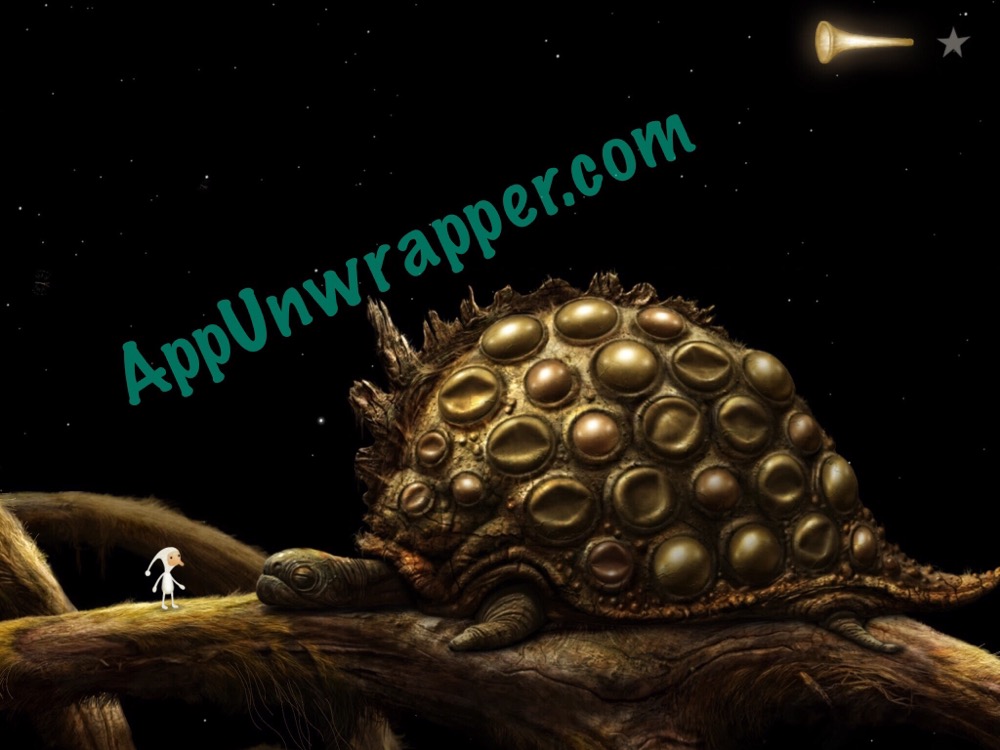 Bug antennas to get the key: 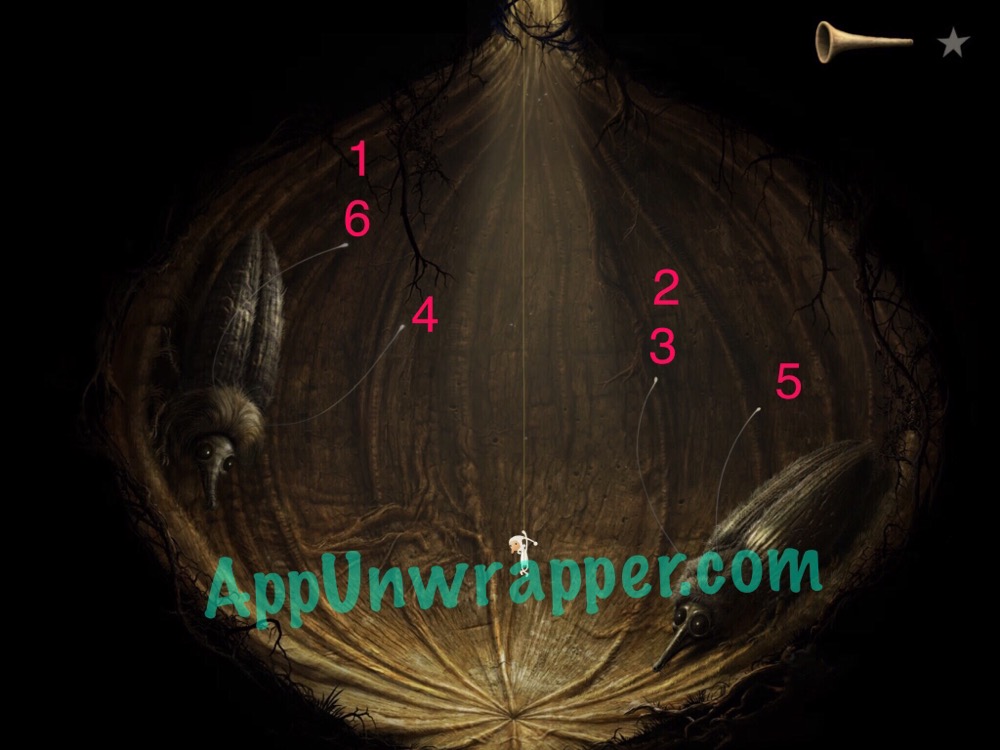 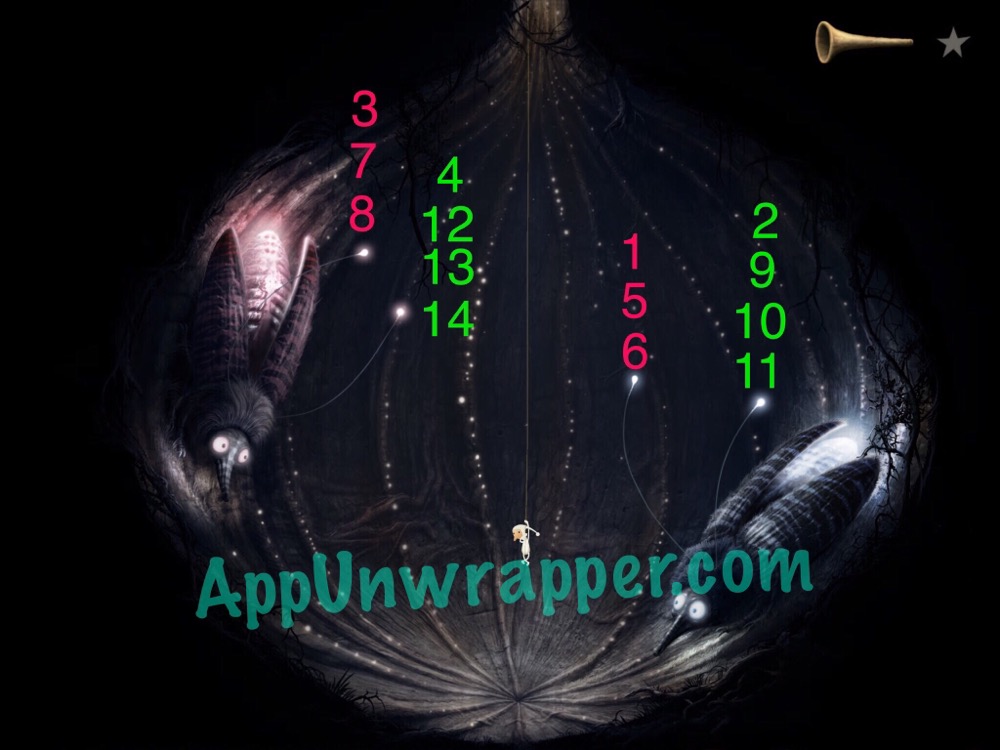 Bug antennas in the comet to access the keyhole: 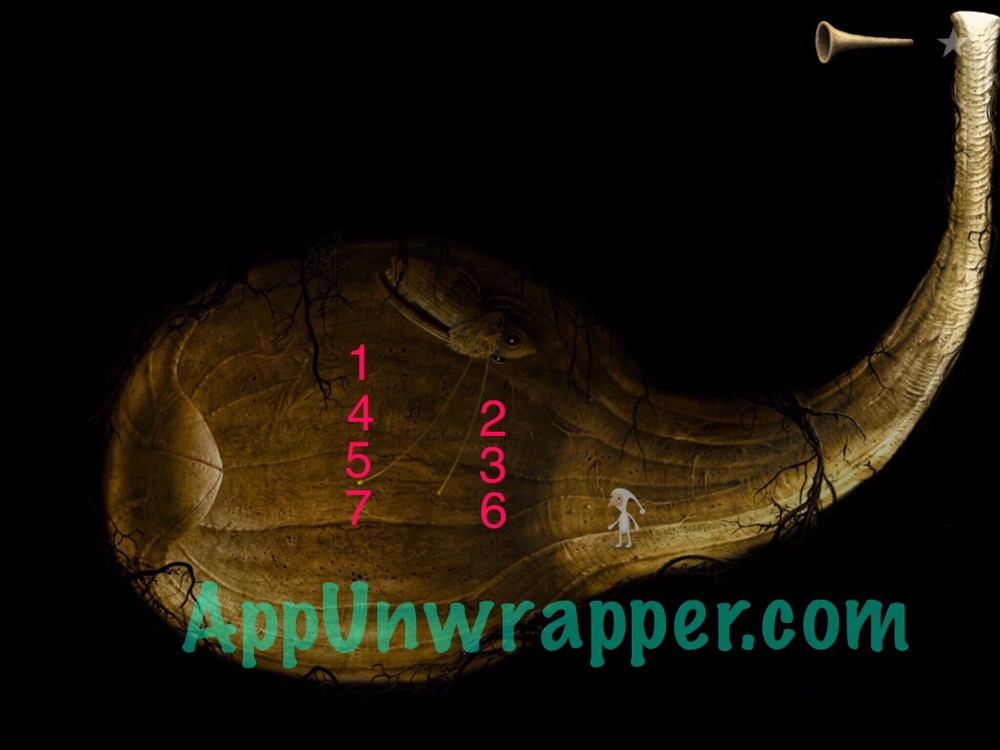 Part 4, Third Planet (Or Fourth if the the log is a planet):

These are the symbols for the three totem poles. You need to know them before you enter the cave. They’re numbers — 2, 5, 0. Notice also that each goes up to 6 at the very top. 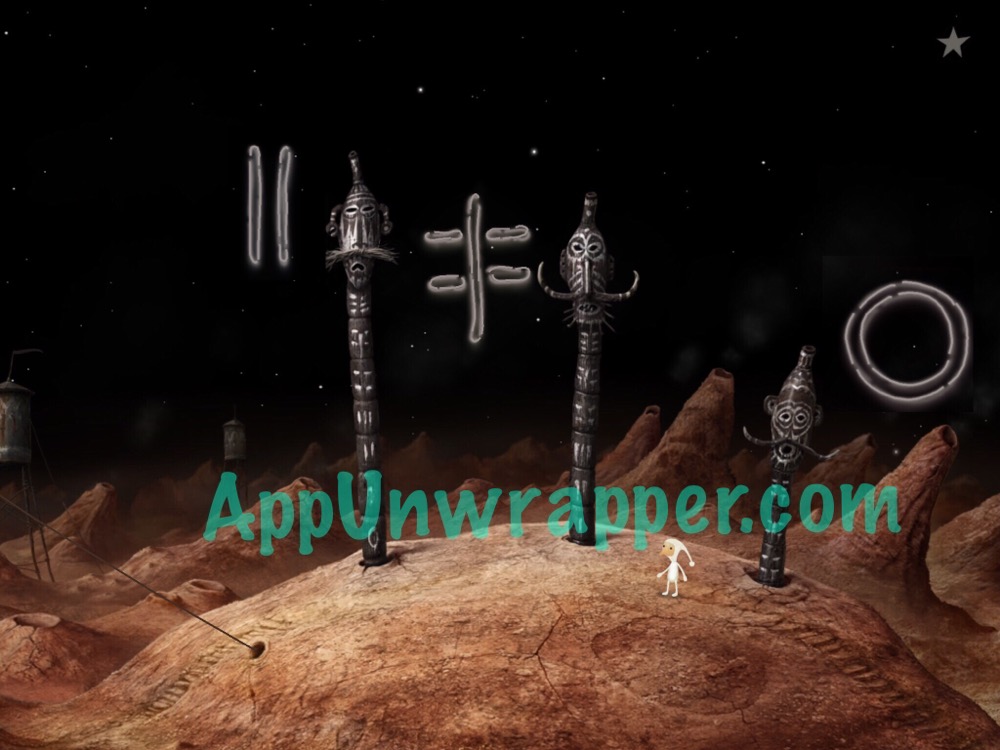 Once you get inside the cave, pull all three totems down all the way. So now they should all be at 6 if you go back and look (you don’t have to). 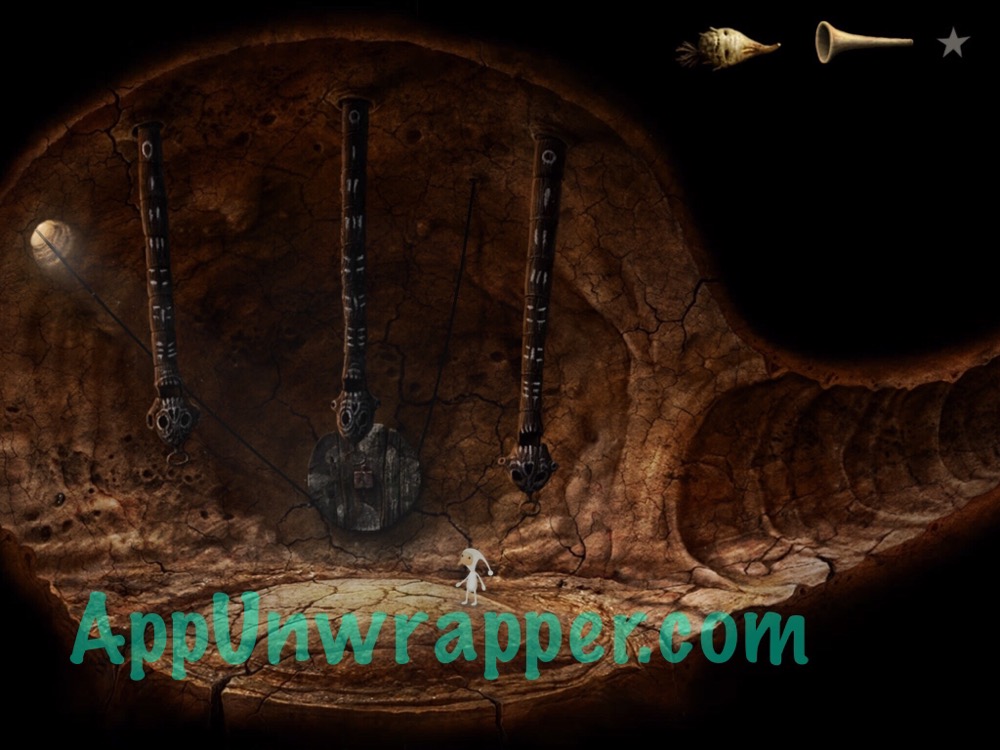 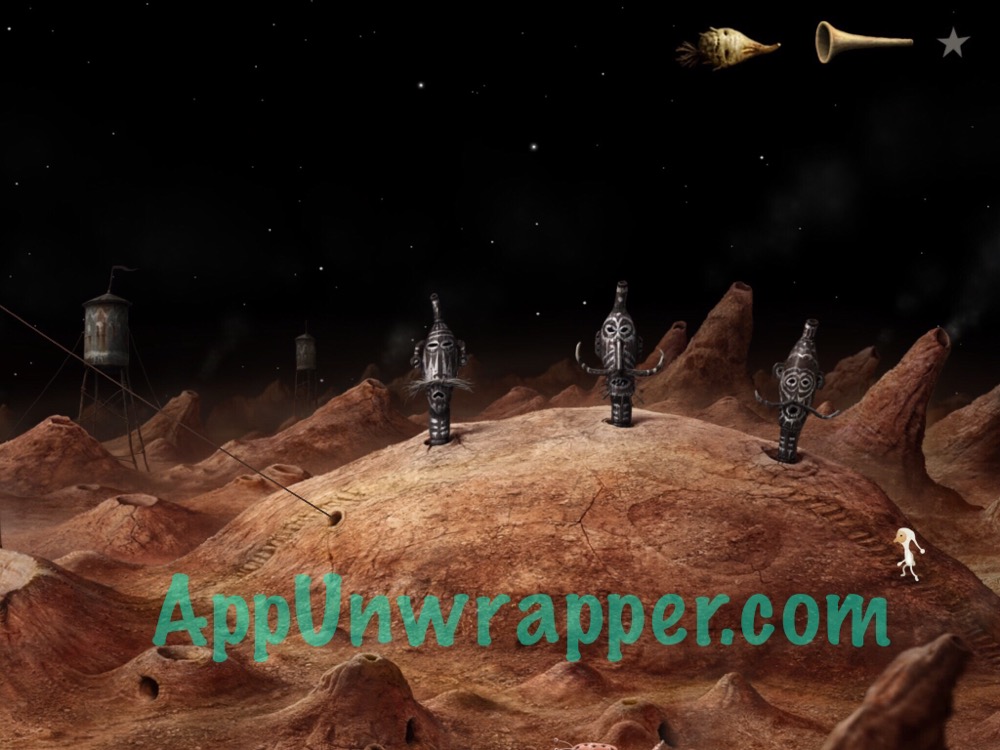 Inside, slowly push each one back up one section at a time, counting backwards from 6 until you get 2, 5, and 0 from left to right. Then the pulley connected to them will pull an elevator up outside. 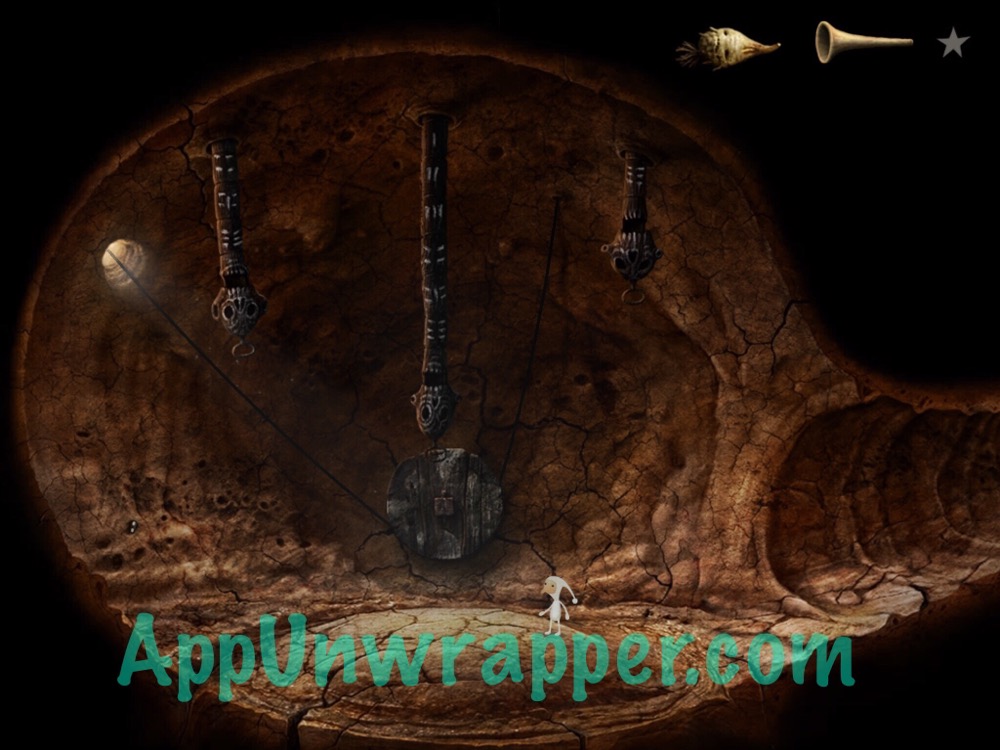 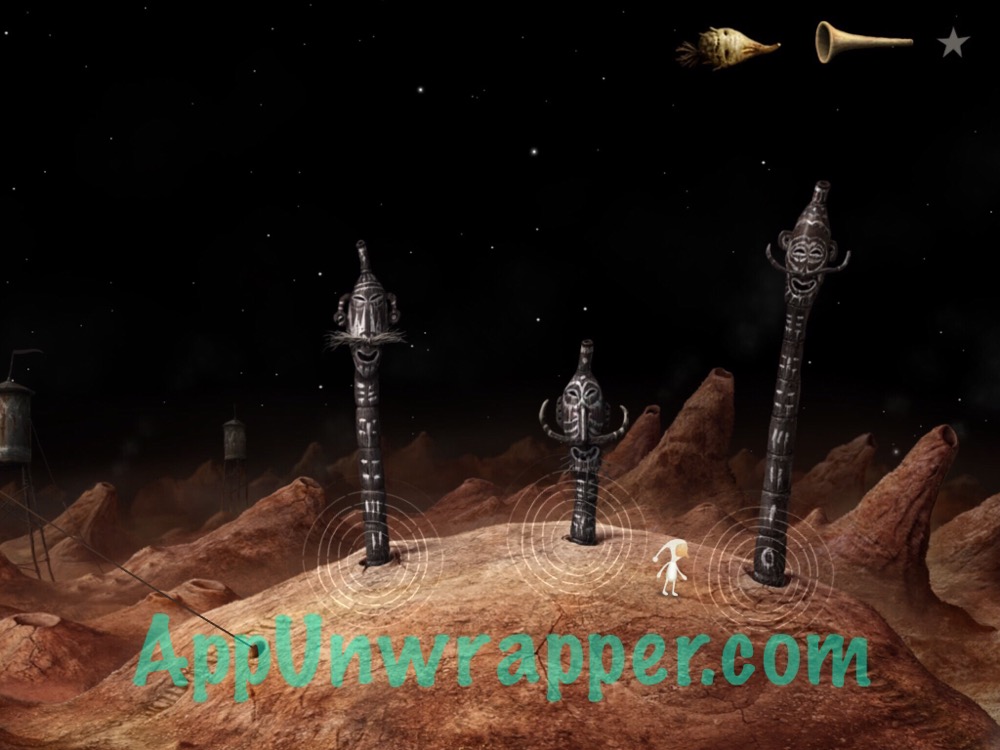 For the Singing Mouse achievement, first use your flute on the drainpipe where the mouse pokes his head out. He’ll whistle a tune. You then need to play the tune with the irrigation system. Fill up the water using the lever. Then, play it like a piano, in this order: degacgab. I numbered the keys in the screenshot below to make it even easier. 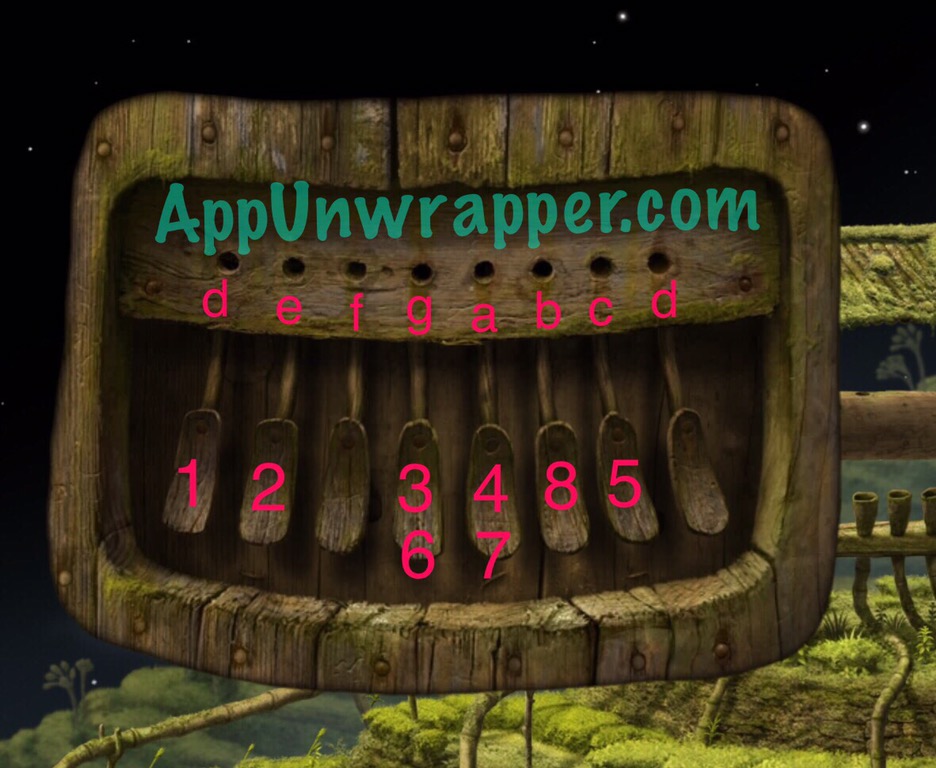