Update: The game is now out!

The title of Layton Hawkes’ latest puzzle game might be slightly misleading, as Puzzlepops! Trick or Treat doesn’t make you choose between the two. It’s a Halloween-themed sequel to one of my favorite puzzlers, Puzzlepops!. It features all types of sweets — including candy corn, candy bats, wax vampire lips, and eyeball jawbreakers — and is often quite tricky. Even though I completed all of the first game, many of the levels are proving challenging for me. 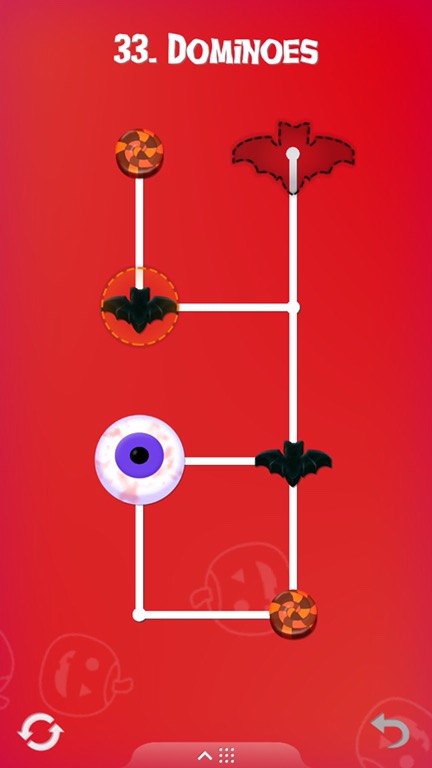 As in the first game, once you unlock a section, you can jump around to any of those levels and there’s iCloud to sync your game between devices. There’s also no time limit so it’s a relaxed game that’s perfect for one-handed playing on-the-go. The undo button is limited to the five previous moves, but is still useful to have.

While there might be a little bit of crossover between the two games, the new pieces have different abilities, so for the most part you’re getting all new content. For instance, the bat swaps places with the piece that collides with it. The eyeball still acts like a jawbreaker, but instead of controlling it with a swipe, it moves when it sees another piece moving. I have quite a few levels to unlock still, but the most interesting piece I’ve seen so far is the wax vampire lips. It sucks up other pieces to make it bigger, but I learn new things about how it works as I continue to play. 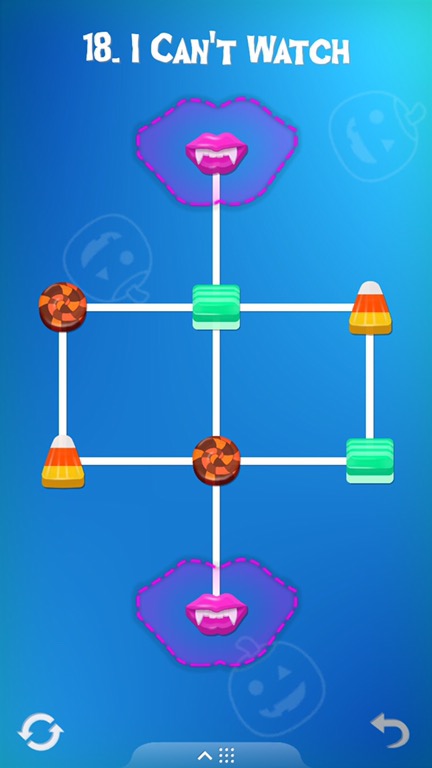 Puzzlepops! Trick or Treat releases this Thursday, October 20th. It will be free to try, with a generous twenty-five free puzzles to sink your teeth into before deciding whether to spend just $0.99 for another fifty levels! And if you end up liking it, make sure to buy the original! You can see the game in action in this short gameplay preview I made: