Miss Fisher and the Deathly Maze – Ep. 1 , Murder at the Opera
By: Tin Man Games

I have to admit, I’d never even heard of Miss Fisher’s Murder Mysteries before the game released. But when I saw that all three seasons of the Australian murder mystery show were on Netflix, I decided to give it a try before checking out the game. It sucked me in right away and I ended up binging until I ran out of episodes. Now, the murder mystery aspect of it isn’t all that unique. We’ve all seen this before. But the time period of 1920s Melbourne, subject matter, characters and campiness kept me coming back for more. I also love that Phryne Fisher is a strong female character, saving the day far more often than she needs saving. So once I finished the last episode, I was ready to delve into the game, Miss Fisher and the Deathly Maze by Tin Man Games.

First off, this is mostly a game for fans of the show. The murder mystery aspect can still be enjoyable if you’ve never watched it before, but you won’t appreciate it as much. It takes place after the third season, so it’s best to play after watching all of the available episodes. Also, since there’s sadly no voice acting, you’ll have to rely on your own head to recreate the characters’ voices. I have to admit, I would have enjoyed it a lot more with Essie Davis playing Phryne Fisher, along with the rest of the cast. But Tin Man Games still did a great job recreating the scenes and characters from the show. As always, there’s plenty of chemistry and banter between Phryne and Detective Jack Robinson. Hugh and Dot don’t play big parts in the game, but you’ll still get to step into Dot’s shoes for a little while to go undercover. 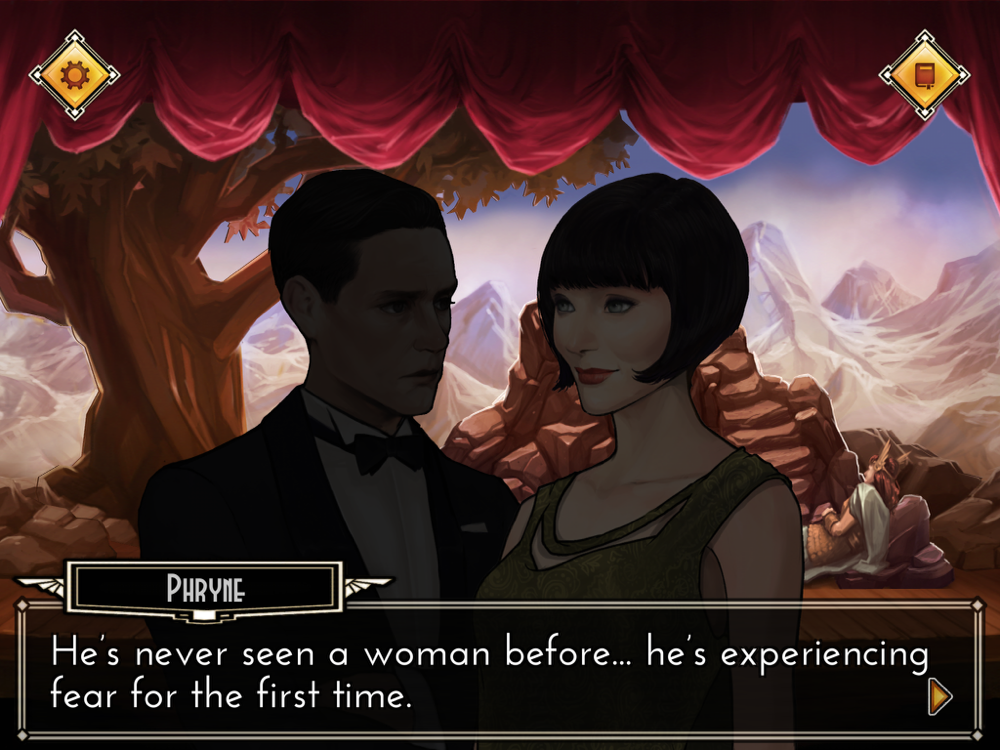 This is only the first episode of the game and it’s about a murder at the opera. Phryne, Jack and Aunt Prudence are all watching a show when an actress is found dead on the stage. The rest of the game, you’ll go from location to location looking for clues, talking to other characters, and going through your Detective Journal. In your journal, you try and combine two pieces of information at a time to deduce something from them and uncover a new piece of evidence in your search for the truth. It’s all pretty standard stuff as far as mystery games go, but it’s done well. The deduction aspect made me think of Contradiction, because you sometimes have to find two clues that contradict each other in order to see when someone’s lying. But you have far fewer clues to work with at a time, so it never gets overwhelming. When I did get stuck, it wasn’t for long. The game is approachable for players of all skill levels, since there’s no fail state or penalty for trying to combine different clues until you find the ones that are related. And it’s satisfying to unravel the mystery bit by bit. That said, I do wish there was a bit more to the game than that.

One of the things I liked about the show is how it deals — both with some subtlety but also purpose — with social issues of the time. I don’t recall anything like this in the game, and it’s a shame. It’s one of the things that elevated the show for me to more than just campy entertainment. It was a great reminder of what life was like a century ago, where abortion and same-sex relationships were illegal, and where we might head again if we’re not careful. There is some talk about a woman’s independence and Dot’s unwillingness to quit her job just because she’s married. That was plenty, as the show had that subject covered pretty thoroughly. But I wouldn’t have minded the game making me think about other social issues the way the show does. Even the Prohibition aspects of the show were dialed back here. The show did a great job blending all these topics in with the humor and murder mystery solving so they added meaning. I would have liked to see more of this in the game, instead of putting so much focus on the murder mystery. It felt a bit distilled because of this. 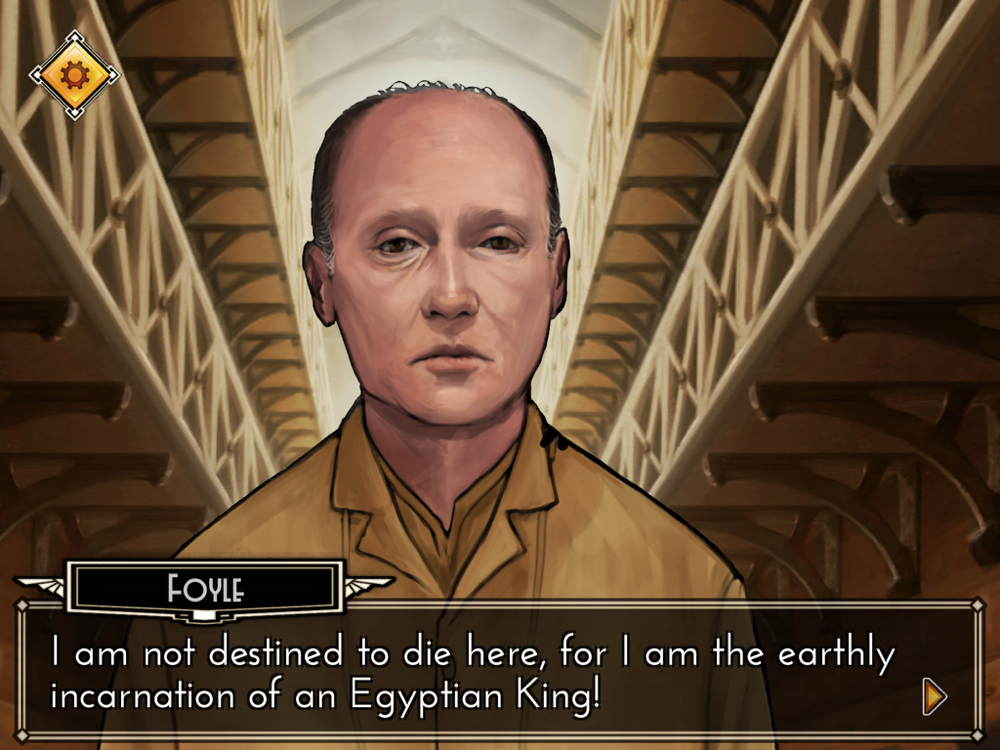 For fans of Murdoch Foyle, there’s good news — he makes an appearance. I found him to be a weak link in the show, what with the whole Egyptian god thing, but he did provide some pretty disturbing scenes that were unexpected. It might have been nice to move on from him, but I’m still interested in seeing where they take it. I’m not sure if the game will ever get as dark as the show could be, but you never know! This is only the first episode and can be completed in under two hours, so hopefully there’s a lot more to come and perhaps future episodes will offer a little more substance. In either case, I’m looking forward to seeing where the story takes us, as more Miss Fisher is always a good thing.

I should also mention the music, as the theme song from the show is used both in its entirety as well as in little snippets throughout the game and as inspiration for the rest of the game’s soundtrack. I’ve always liked the theme song, so this was pleasant surprise, but makes sense since the show’s composer was involved. As a whole, the music did a great job building suspense when necessary and staying more subdued during less eventful moments so as not to constantly distract. It helped a lot to elevate the game and capture the mood of the show in lieu of any voice acting.

If you’re a fan of the show and looking for more of it, the first episode of Miss Fisher and the Deathly Maze will give you that, but not quite on the same level. It is a solid detective game, though it won’t provide a huge challenge for seasoned sleuths. It’s best for those who like the show and are not ready to say goodbye to Phryne Fisher and the rest of the characters just yet. If it sounds like something you’d enjoy, you can download it here. And if you’re already playing and need some help, try my walkthrough below.