Hi everyone! I had to pull myself away from Onirim to write up another installment of My Week Unwrapped. Its been a very busy week, with some great games to cover.

First off, I finished the first episode of Tin Man Games’ Miss Fisher and the Deathly Maze. Having thoroughly enjoyed all three seasons of the TV show, I was really looking forward to the game. While it is a very solid murder mystery game, it didn’t quite live up to my expectations, as I felt it played things a bit too safe. I wanted more of the campiness and details about the era that made the show so special. Miss Fisher herself (played by Essie Davis) is so full of character on the show and it’s hard to capture that through written lines of dialogue and comic book-style drawings. Still, the game held my attention enough to make me want to continue playing when the next episode is released. You can read my full review here, which includes a video walkthrough if you’re playing and get stuck.

I don’t know that I’ll stick with it for very long, but I tried Kabam’s TRANSFORMERS: Forged to Fight for a little while. If you like Transformers and fighting games, the graphics are pretty impressive, and worth checking out. I didn’t play long enough to see how the in-app purchases (IAPs) affect the game. If you really like it and end up playing a lot, it might become an issue. But I didn’t hit any walls in my thirty minutes of playing.

I finished my walkthrough for State of Play’s puzzler, KAMI 2, but they since updated it with a few changes. I e already caught some of those changes and made new videos for them, but if you catch others please let me know.

I spent a little time with HeroCraft’s upcoming pirate game, Tempest. I still need to play more to get a real feel for it, but it looks great and seems to have a lot going on. If you want to try it yourself, it releases on April 18th.

I decided to give BitMango’s Word Cookies! a go since I’ve been enjoying some other word games lately. It’s pretty obnoxious with the ads and I’m not sure I’m enjoying it enough to remove them. But I started a walkthrough if you need help.

I’ve also been messing around with Science Mobile’s Yarn – Chat Fiction, a super cheesy narrative game told through texts. It’s basically the bad movie version of text messaging games. It’s so bad that I can’t turn away. I mean, many of the stories don’t even make sense as a text conversation. I had one of LeBron James texting his hairline. Or a girl texting to herself whether she should text a guy back. Then there’s some weird stuff about a girl in a dog costume. Honestly, I keep returning to it just to see what kind of ridiculous stuff I’ll see next. I should mention that the app makes you think that you need a subscription to continue early on when it offers to show you an image if you subscribe. It’s a bit underhanded because it took me a while to realize I could continue reading for free. I just couldn’t see the image. There are some wait times between episodes if you don’t subscribe, but I haven’t seen any ads or other reasons to cough up money. So if you just want to open the app every once in a while to read a story, it would seem you can do that without spending a penny. 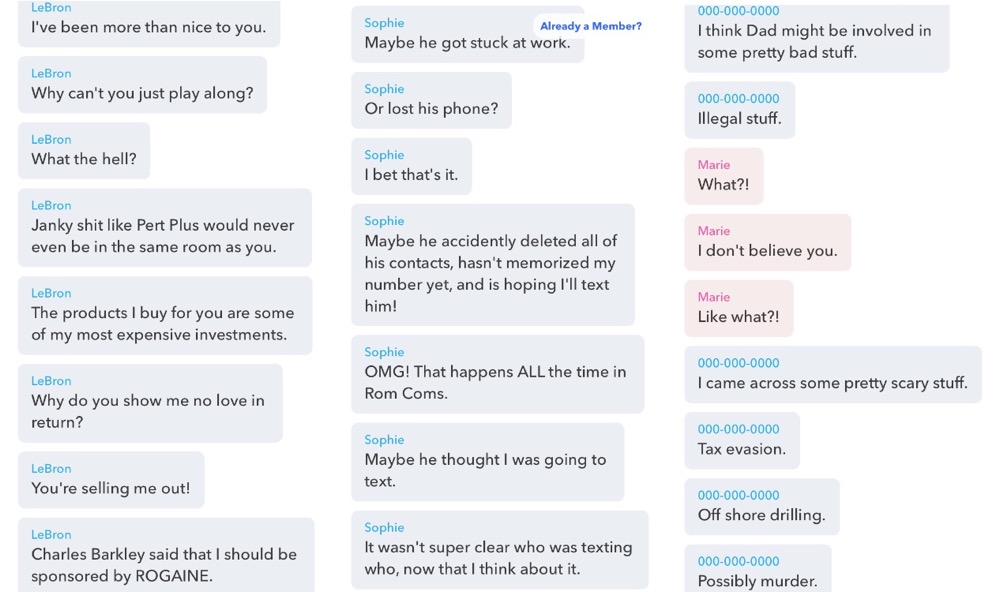 I’ve played through most of Alper Iskender’s colorful puzzler, Polycolor. It starts off pretty simple, with an image broken up into sections. You have three colors at your disposal — red, blue and yellow. You need to fill in all the sections with those colors, but the same-colored pieces can’t share any sides. Soon you lose the ability to just select a color and instead have to tap once for Red, twice for Blue and three times for yellow. The rules change every few levels to make things more challenging. For instance, you might have to take an image already filled in and solve it in only three moves. Or later, change all the pieces to the same color. It’s a pretty solid, relaxing puzzle game. My only real complaint is that loading times between levels can be a bit long. It also would have been nice to be able to play in landscape mode on my iPad. You can watch my gameplay video below to see if it’s something you might like.

Alike Studio released the last two chapters and the ending of the wordless point-and-click adventure, Love You to Bits. It includes lots and lots of slow walking and a not-so-surprise ending. But fans of the game should be happy to see it completed, even if it means no more content is coming. You can see my full walkthrough here, including all bonus items.

Im still chugging away at Draknek’s hardcore train puzzler, Cosmic Express. I’m taking my time with it and enjoying the challenge. But if you need help, you can see the progress I’ve made on my walkthrough. I update it every time I solve a level. 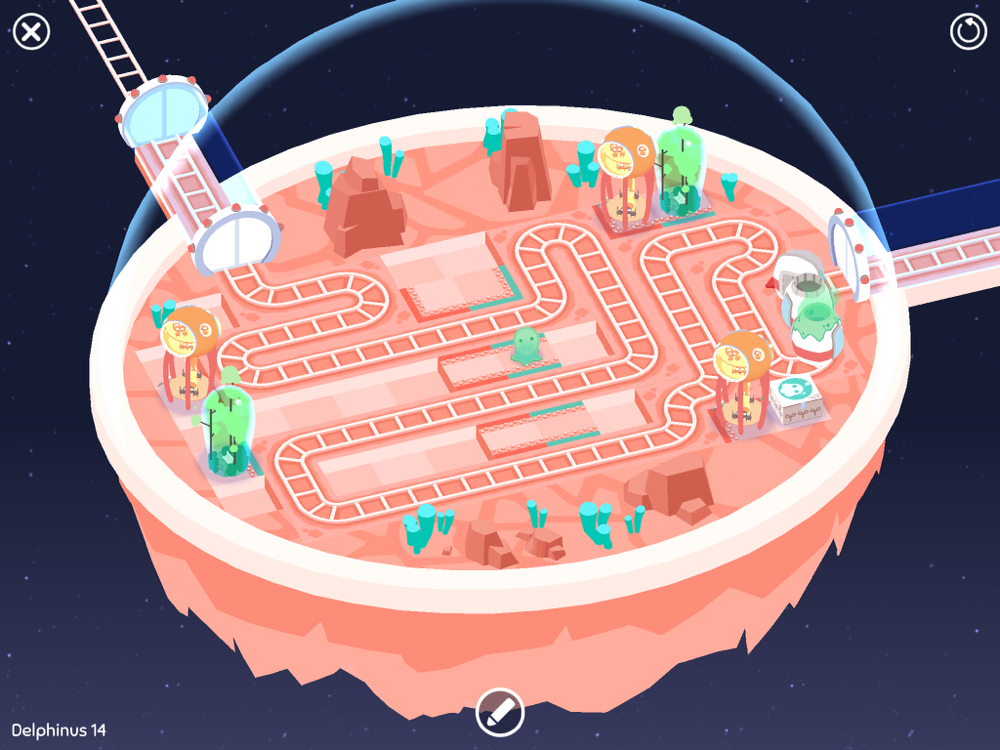 And last but certainly not least, my personal obsession over the last couple of days has been Asmodee’s digital adaptation of the physical single-player card game, Onirim. I ought I would get bored of it fairly quickly, but every time I try to play a different game, I get pulled back in. It’s great for both short bursts or longer play sessions. And it’s for those who don’t mind a game being stripped down to its simplest form, with no upgrades or unlockables. It’s a game that you play because you like it and want to try to get better at it, not because of some dangling carrot. It’s also a game about sacrifice. Though there’s a lot of luck involved, strategy is still a big part of it. You can read my full review here while I go back to playing it.

And that’s all for My Week Unwrapped! I hope find some good games to pick up and play over the rest of the weekend. Let me know what you think of them if you do play them! And I’ll see you back here next week!

John Raven: The Curse of the Blue Butterfly: Walkthrough Guide