If you liked the first episode of the puntastic point-and-click adventure, Bertram Fiddle, you’ll be happy to hear that after many delays, the second episode, A Bleaker Predicklement, is finally releasing this Thursday, August 24th. While I’ve not completed the game yet, I have spent a good chunk of time with it and quite like what I’ve seen so far.

You might remember from the first game that Bertram’s wife wanted him to get a real job instead of all this silly adventuring he’s doing. She tells him to go work at Mr. Dulsworth’s soap factory, which you might imagine would be quite dull for a skilled detective such as himself. Well, the second episode opens with poor Bertram making cold calls to sell Adequate Soap to a host of quirky characters. But he’s interrupted by a call from Mr. Dulsworth’s mother, asking him to find out what’s going on with her son because he’s been acting strange. 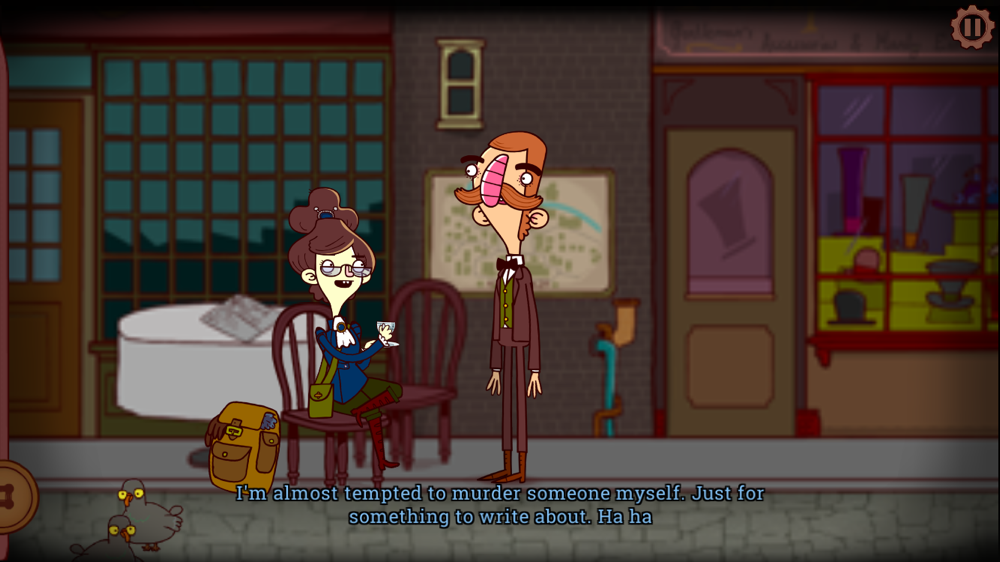 Once you manage to help Bertram get out of the factory, you’ll learn that Emmelina the journalist is out of work because Geoff the Murderer stopped his murderings. There’s very little news to report on and it appears that Bertram’s new adventure might not be all that adventurous, after all. Until…he finds himself in quite a “predicklement!” I’ll leave the details up to you to discover, or you can watch some of it in my video below.

Besides the main story, there are tons of little details to pay attention to, like the Manporium where you can buy a fake beard to feel more manly, or the reappearance of lovable characters from the first game such as the orange cart guy and Lord Arthwipe. Of course, Gavin the cyclops returns to lift things that scrawny Bertram can’t — or won’t — do himself. There are also points where you need to switch between the two characters to get different things done separately and then pass items back and forth between them. So far, the puzzles have given me pause at times, but I’ve been able to work out everything on my own. And they all feel like part of the game, not tacked on like you might see in many point-and-click adventures. The logic has been sound so far, too. 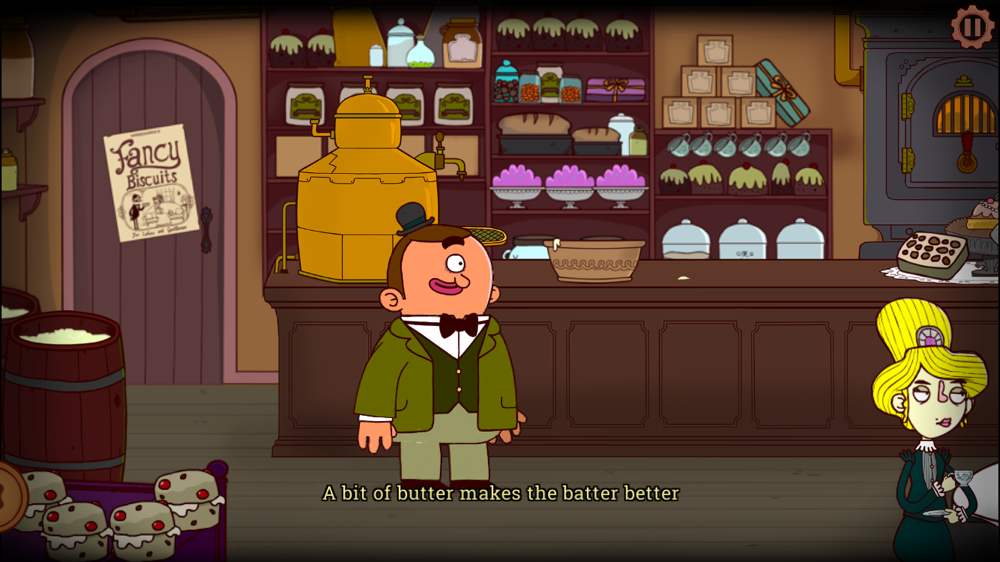 Of course, the most appealing aspects of the series are its humor, voice acting, and tons of terrible puns. And boy are there a lot of bad puns here. Almost every object has a punny error message. Using an ice cream cone on the wrong object will elicit the response, “I conoid do that.” And using a sheet on the wrong item will say, “I’m almost curtain that won’t work.” Yeah, groan. If the rest of the story is anything like what I’ve played so far, the game has done a perfectly Adequate job capturing the charm of the first game, only on a much bigger scale. As I unlock more of the story, I’m continually surprised and delighted. I’ll likely have a full review once I finish playing, but if you can’t wait for that, you can pick up the game this Thursday on iOS, Steam, Gamejolt and itch.io. Android has to wait a bit longer, unfortunately. Now, if you’ll excuse me, I’d like to get back to detectivating.