Lately, I’ve been very interested in solitaire card games that offer a quick play when you have a few minutes to spare, or a hook that keeps me playing until I lose track of time. Being in portrait mode and playable with one hand is a must if it’s going to keep me coming back for more, as I tend to only use my iPad for long, immersive games like point-and-click adventures. My first obsession was Onirim, which made me realize just how much I need these types of games in my life. There are no upgrades or power-ups to earn or buy. No grinding. Each game is self-contained, with just your score and stats to show for your efforts. It’s a simple, pure game.

So I take notice now when I see other games in the same genre. I’ve spent a lot of time with Tinytouchtales’ Miracle Merchant, but there haven’t been many others. I avoided Righteous Hammer Games’ Solitairica for a long time because I suspected it would involve too much grinding. I finally picked it up and, based on my time with it so far, it indeed feels like a much bigger time investment than the other games. 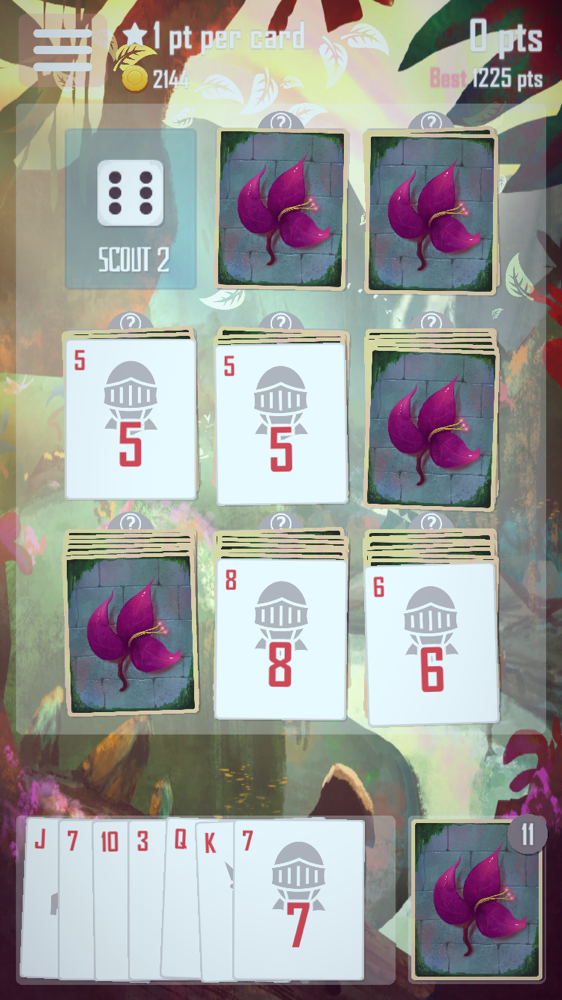 So that brings me to Heart Shaped Games’ Brave Hand, which is releasing sometime this fall. I had the opportunity to play the beta version. Although some things may still change for the full release, the entire game seems to be here and I made it to the end. At its core, it’s a high-score chaser where you’re given a handful of cards and a small pile next to you that you can draw from. On the board in front of you are eight piles of cards, starting with one card in the top left pile, increasing in number until you have a much larger pile in the lower right corner.

Most of the cards on the board are face-down, but a few will be face-up at the beginning. There are also ways you can force some to turn over so you’re not playing blindly. But, for the most part, this is a game very much about luck, as you’re choosing a card to use on a pile and betting that your card will be higher than the top card on that pile. If you’re right, you then have the choice to take the points you earned and toss out the used card. Otherwise, you can choose to “push,” meaning you can try that same card against the next one in the pile. But if you’re wrong and you hit a card that’s either the same value as yours or higher, you’ll lose all the points you racked up from that card. So it’s very much about risk and reward. An unforeseen 14-point Ace or a 15-point Demon card can put a stop to a long chain of points, nullifying them completely. 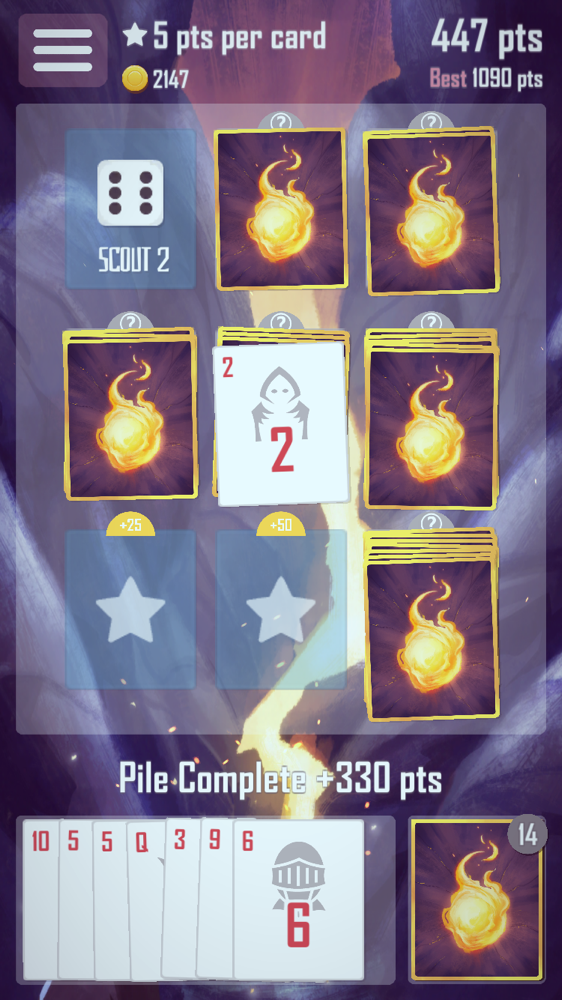 If you succeed and get to keep your points, you’ll also be dealt a new card from your own pile until its empty. That’s the only way to get new cards, and it’s game over when you run out of cards in your hand. Below each pile on the board is either a score multiplier, bonus points, or some gold coins. You need to clear out the pile to get what’s under it, but you lose out on that bonus if you instead fail on the final card. The score bonuses can make a big difference when you’re chasing a high score, so most of the strategy comes into deciding which piles to go for so you can thin them out without losing the bonus. While I’ve played a lot, I’m not sure yet whether It will have that long-term hook for me that Onirim did, but at the moment I’m still enjoying it. The more I play, the more luck seems to be a factor, but that hasn’t turned me off from it yet.

And as you play, the coins you earn can be used to unlock new themes. There are sixteen of them in total, all digitally painted by illustrator Riley Frambes, based out of Seattle, WA. The artwork is definitely a huge draw for me, and I love how I can swap out the backgrounds when I need a change of scenery. My current favorite is the Serpent. And the themes also play a part in unlocking parts of a light story, as well as two other game modes, Boost and Jumbo. In Boost mode, you can add some bonus cards to the take to shake things up. And Jumbo gives you a bigger deck to work through. 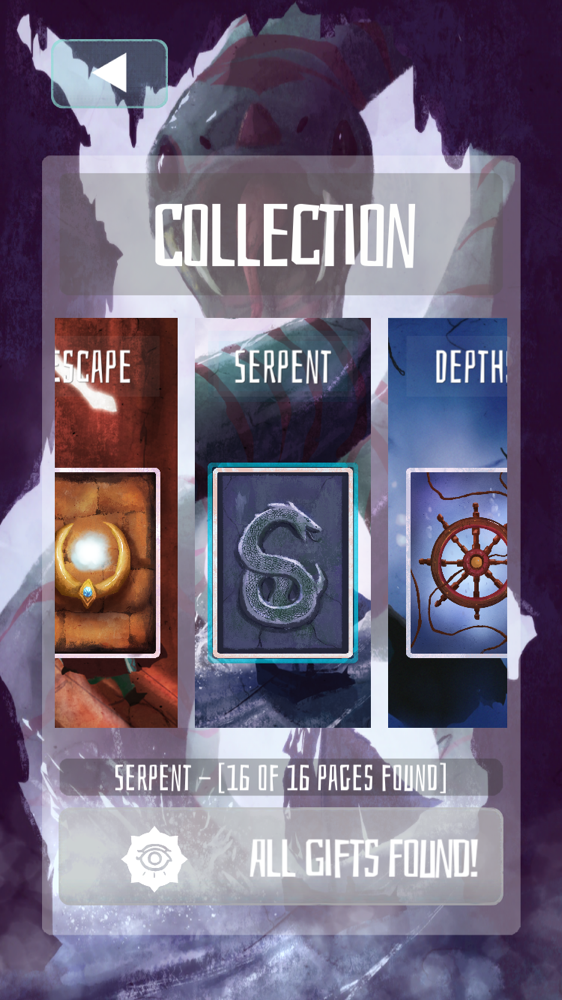 The game will be free to play with ads and an IAP of $2.99 to remove ads permanently. There are still opt-in ads you can watch for bonus coins, and I was worried at first that the extras you can buy in Boost Mode would imbalance the game, since they’re bought with coins. But unlike power-ups in most games, you can’t buy as many as you want. You’re limited to one of each. Also, those boosts can end up hurting you, too, if they’re on the board instead of in your hand. So while the game may be very luck-based, everyone’s dealing with it the same way. You can’t buy your way out of this one.

I’ll let you know when the game gets closer to release. But for now, you can watch my gameplay video below to see what it’s like.

Agent A: A Puzzle in Disguise: Walkthrough Guide