Hi everyone! Welcome to yet another installment of My Week Unwrapped, where I go over everything I’ve been up to this past week related to iOS gaming. There aren’t too many games to cover today but they’re all good ones. And make sure you scroll down for current sales!

I’d been working on my review for Ron Gilbert’s Thimbleweed Park for a while now, due to The Witness distracting me. Well, if you’ve been waiting for that review, I have good news-a-reno for you. I finally finished it! I tried to keep it very spoiler-free, which means you get to discover all the fun stuff for yourself. But it also means my review might come off a little stale because I didn’t talk in any detail about my favorite bits. Long story short, you should play it. But you should still read my review here.

BonusXP released a surprise TV show tie-in, Stranger Things: The Game ahead of the arrival of the second season right before Halloween. And it turned out to be a pretty damn good game. It’s completely free, with no IAPs or ads. Nada. 100% yours to enjoy for no money. It has a retro feel to it but is designed around mobile devices, as you tap to move and interact with your environment. There’s no arrow buttons or joystick to deal with. By the end of the game you’ll have six characters from the show who you can swap between, all with their own unique skills that you’ll need to use to get through all the dungeons. It’s a very puzzle-heavy game, which I really liked. While the combat sometimes annoyed me and I wished I could just solve puzzles without having to worry about dying, it was just a minor nuisance sometimes. If you do play, I recommend choosing Normal difficulty mode, as it allows you to re-spawn in the room right before you died. Classic mode makes you backtrack from the beginning of the dungeon, killing all enemies again that are in your way. I don’t see the point of it unless you’re really masochistic. Anyway, I have both a video walkthrough and a guide that tells you the locations for all items.

So…uhh…The Witness is still eating up a lot of my time. I thought I was close to an ending, but there was just lots more puzzles. I hope to get to an ending soon so I can work on a review, as I have a lot to say about the game. It’s been quite the experience. I highly recommend it to any puzzle fans who have a lot of time on their hands. You can see my latest video below, but it’s very spoilery!

I never heard of the movie Geostorm before I saw the game available. The premise sounds silly and I have no interest in seeing it. But the game seems like a pretty solid puzzler in vein of Square Enix’s GO series. It’s free to download and try, so I do recommend doing so. You’ll then have to either watch ads to play more of it or pay $3.99 to unlock the rest. While it does do some interesting things early on, I haven’t unlocked the full game yet. I think I’m just burnt out on the whole GO thing by now. It also didn’t help that the game let me get stuck in a position where I couldn’t do anything but also didn’t give me any indication that I should start over. I may give it another chance at some point, but right now I have other games that are holding my attention more. You can see it in action below if you want to see what it’s like before downloading the near-gigabyte app.

I heard of Yotam Frid’s frantic auto-runner, INFINIROOM, a few days before it released and I was looking forward to it. The idea is simple, as your character is trapped in a room and for some reason won’t stop running. The room keeps shrinking and expanding and obstacles pop up in your way. Controls are simple. You tap the right side of the screen to jump or hold a bit longer for a bigger jump. The left side of the screen is for the character’s secondary action. The default character, Flip, does what his name implies. He flips from one wall to the opposite. But you can only perform this action once before you make your way around again to pick up a little dot that allows you to perform it again. If you survive thirty seconds with Flip — it’s harder than it sounds! — you unlock Bullet, whose secondary action is charging. This shakes up the gameplay a bit. There are a total of five playable characters and you unlock the rest through in-game achievements, which is really refreshing. I haven’t unlocked the third one yet, but the requirement is to charge at twelve obstacles with Bullet in a single game. INFINIROOM free to download and there doesn’t seem to be anything stopping you from playing as Flip for however long you want with no catch. The other characters do require tickets to play, which you can get through playing, watching ads, or get infinite tickets for unlimited play by unlocking the premium experience with an IAP. I’m not very good at the game, but it’s well-designed and I appreciate the user-friendly monetization system and the way it respects the player. I do have one question, though — why can’t I just stop running? I feel bad for the little guy, running in circles endlessly.

Vermont Digital Arts’ Waggle Words is like word search with a twist. You swipe through letters to create a word and only the last letter you land on stays on the board. But the catch is that it upgrades one letter up in the alphabet. So if you spell UNWRAPPER, the R would turn into an S and the rest of the word would disappear from the board, leaving blank space. If you then use that S in your next word, you’ll start a multiplier that gives you bonus points. This is a high-score chaser, so points are everything. There are also power-ups you can earn that let you change a letter or swap two letters to help you make a better word. There’s definitely a lot of strategy here and if you want to do well, you’re going to have to take your time and think through every move.
I appreciate that it’s a premium game without any IAPs or ads, when it could have easily gone the other way and offered power-ups or other game-breaking perks for watching videos. It also has nice animations, but they come at a price, as it’s a bit of a battery hog. There’s also a catch — the game only works on iOS 11, so I had to update my iPad to play it. There’s an AR mode as well, but for some reason it’s not working on my iPad Air 2. I’m not sure how much I’ll play the game, but I do appreciate the twist it offers. If you like word games and have a lot of patience to carefully strategize how to get a high score, this might be the game for you. Check out the video below to see if it’s something you’d be interested in.

Michal Pawlowski and Maciej Targoni each have some impressive puzzle games under their belts, so I was excited when I heard they were teaming up to create PUSH. Yes, it’s not a very Google-friendly name, but I got it ahead of release and really enjoyed playing through it. As you might expect, it involves a lot of button-pushing to solve the puzzles. There’s no tutorial, and you’re expected to figure out how things work through trial-and-error. I really liked that aspect about it. I’ll have more when the game releases on October 18th, but this is definitely something for puzzle fans to look out for. Especially at the low price of $0.99. 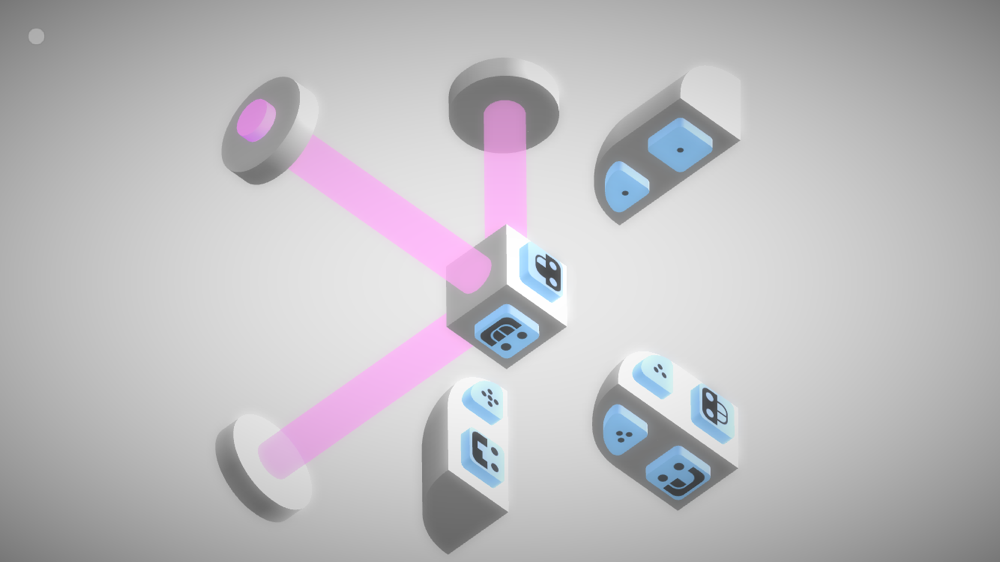 And that’s everything! I’ll be back here next week with more games to discuss. Until then, enjoy the games that are on sale for free at the moment.