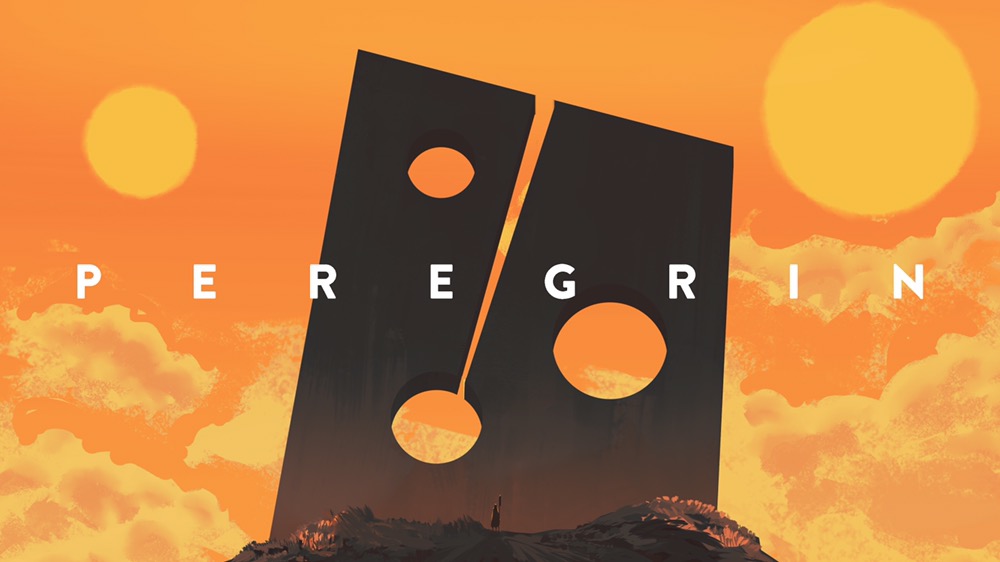 My experience with Domino Digital’s puzzle adventure game, Peregrin, started off as a positive one. I was blown away by the entire atmosphere, between the unique artwork, captivating story, perfectly cast voiceovers, and eerie music. I didn’t even expect there to be voiceovers in a puzzler, much less some of the best I’ve seen in any game. On top of that, the mechanics are interesting and it seemed like this would be the complete package, a game with no weak links. That was, until I got to the second chapter and ran into some trouble. 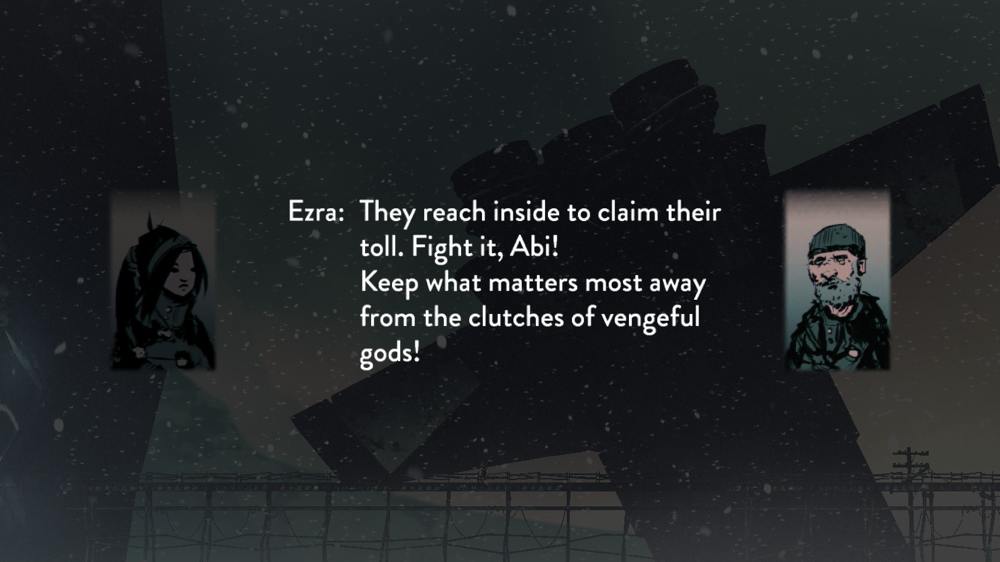 Let me describe the game a bit first. You play as Abi, a young woman in a post-apocalyptic world who leaves her scavenger tribe to embark on a journey only she is powerful enough to attempt. The world she lives in is one that is ravaged, but they do have technology, such as communications devices, which allow her to talk to family and friends while she’s traveling alone. Her main skill is the Eloheem, a power her people took from the gods that allows her to control wild beasts such as grub trolls, cliff goats, and nab toads. Each creature has its own abilities that when used together will help Abi along her path. For instance, the troll can lift heavy objects and move them around. The goat can ram into things to push them down, like bridges. The toad can pick up and move small objects, such as crystals that lure other creatures once placed down. It can also hit switches across gaps. So a puzzle may involve standing on a big platform and having the troll carry it to another spot so you can reach a new area. Or you might use the toad to bring a crystal from afar closer to Abi so she can control the goat that heads to it. Her godlike powers have limitations so she needs to use magical rocks to increase her range. Early puzzles take place on one screen, but later they’ll span several rooms across multiple screens, making things a bit more complicated. You may even need to bring animals along with you when you leave an area.

There’s also combat sections and stealth areas, but the combat is more like a different type of puzzle. When Abi walks close to a group of enemies, time will stand still and it becomes turn-based. She now has only two options — to attack an enemy or to possess an enemy. When an enemy is alone, she can kill it easily. But if she tries to attack one in a group, the others will pounce on her. So the trick is to possess one and have that take out some others. There are different types of enemies, and sometimes they’ll have protection against mind control at the start of the encounter. So these battles do occasionally need to be done in a specific order. But for the most part, they just serve to add some variety to the game. 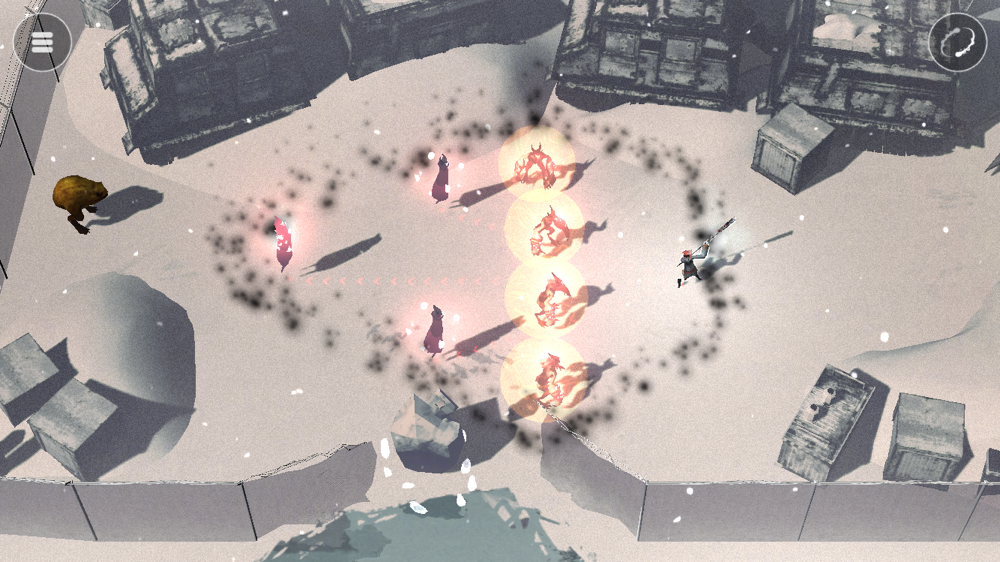 First, the only problems were small bugs and design issues that were fairly easy to live with. For instance, tapping on the icon to take control of a beast would sometimes get me a red X because the selection area is off. It can be a bit annoying, but not enough to ruin the whole experience. The controls can feel a bit clunky sometimes just because there are several steps in order to perform each action, and you need to make sure Abi is in the right spot before starting. If she’s not, you might not be able to select the creature you have in mind. So while the puzzles I’ve seen so far haven’t been dastardly difficult, these small adjustments could slow you down more than necessary. 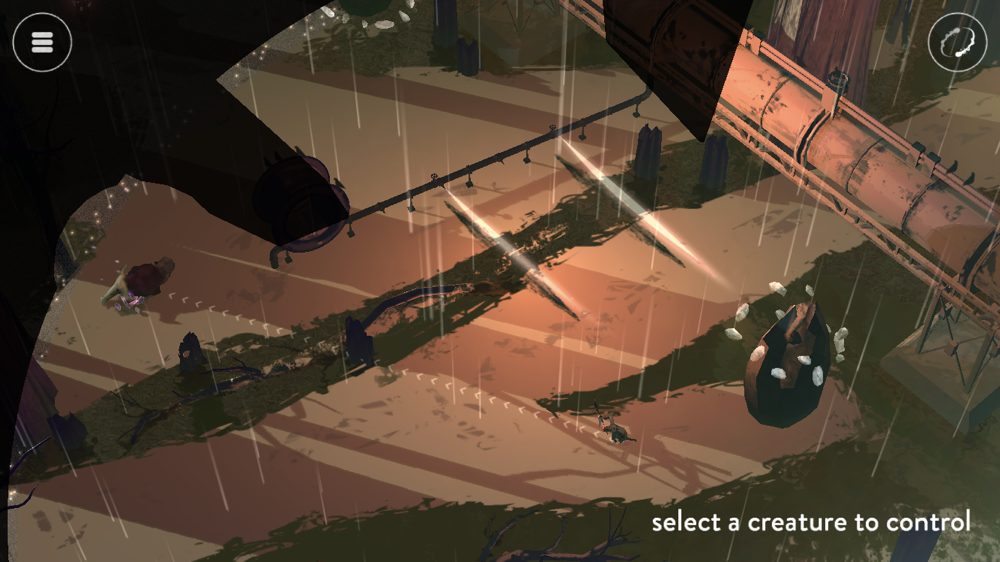 All these things were minor. But in the second chapter, I encountered a bug that prevented me from continuing. I had no choice but to restart the chapter and try to avoid that bug the next time. So I did, and managed to get to the fourth chapter. This starts with a stealth puzzle in which you have to move around, avoiding the line of sight of automatic rotating turrets. The problem is, it’s not clear where you can stand safely and not be shot. As you can see in the photo below, I was standing with the red lights on me and didn’t get killed. I died many times before figuring out the safe spots, feeling none the wiser but happy to be past it. I made more progress and solved some interesting puzzles while being treated to more of the spectacular artwork, impressive voiceovers, and intriguing story. And then I hit another bug that put me in an endless death loop and forced me to restart the chapter, including the poorly designed stealth section. This is where I finally quit. 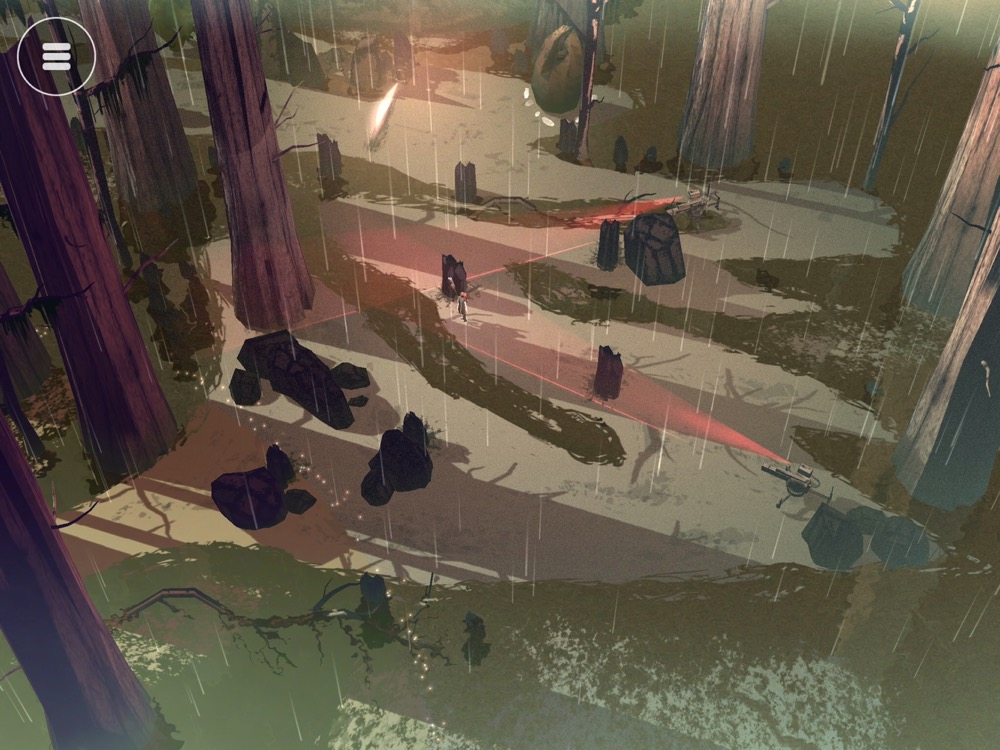 While the game does save mid-chapter, if you run into a bug and can’t find a way out of it, your only choice is to restart the entire chapter. And then hope it doesn’t happen again. These issues would have been a lot easier to swallow if there was a way to reset to the previous scene instead of losing all progress in the chapter in order to fix the bug. As much as I was enjoying the game, all these big — and small — issues finally wore me down. The bugs and design flaws break the immersion and make the game feel like a chore. Restarting a chapter and pussy-footing around to try and avoid getting stuck in an unplayable position ruins the fun of experimenting to figure out the solution to a puzzle. I was in constant fear of having to restart a chapter. It’s a fairly slow-moving game due to its controls, so it’s not even a quick catch-up if you hit a snag. I reported the bugs and the developer said they’ll fix them, but I can’t really recommend the game in this state. If you do want to play, I would wait until they iron out the bugs. 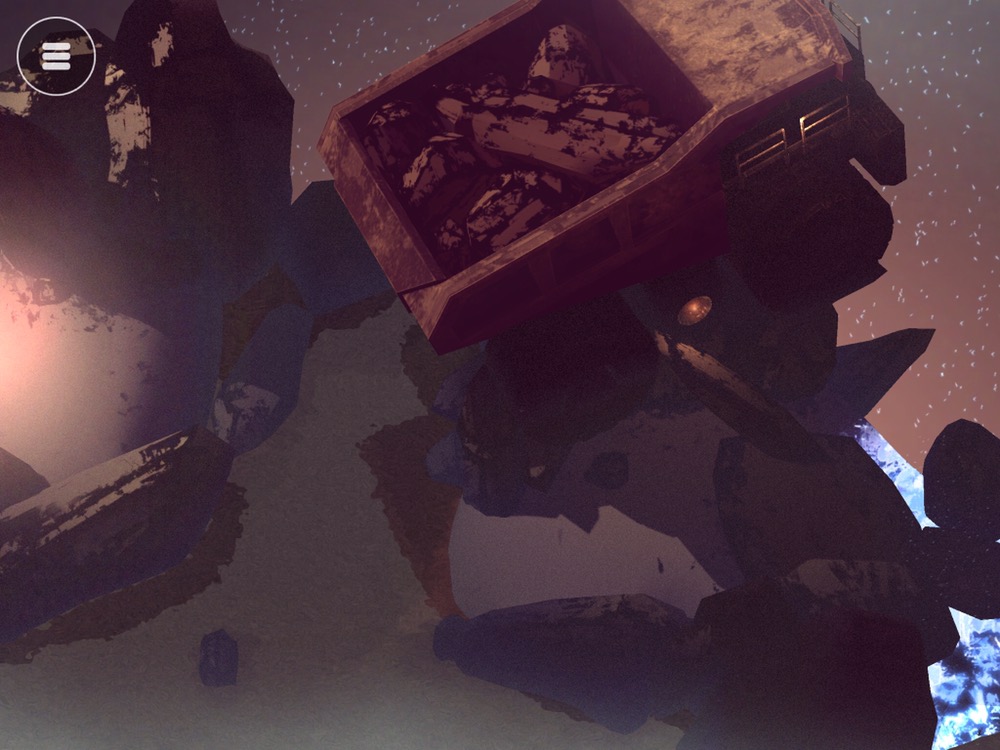 I can’t stress enough how well they captured the intended mood in Peregrin. The voice acting is top-notch and every little bit of text is narrated. The music is haunting and unique enough to be noticeable but not distracting. And the artwork, while not always apparent in screenshots, is truly special. I love how Abi’s scarf trails behind her as she runs. And the monoliths she passes at the end of each chapter look like animated paintings. I’m also eager to find out more about Abi and her brother Isaac who disappeared when he attempted this same voyage. It kills me that I had to quit due to bugs and frustrations. To the game’s credit, it does have iCloud sync, which normally would mean a whole lot to me, especially since the game is best on a bigger screen but is still doable on an iPhone. But with the bugs and having to restart chapters so often, it doesn’t feel like much of a victory here. At least if the bugs are fixed, I can continue where I left off on either device without having to start from scratch. 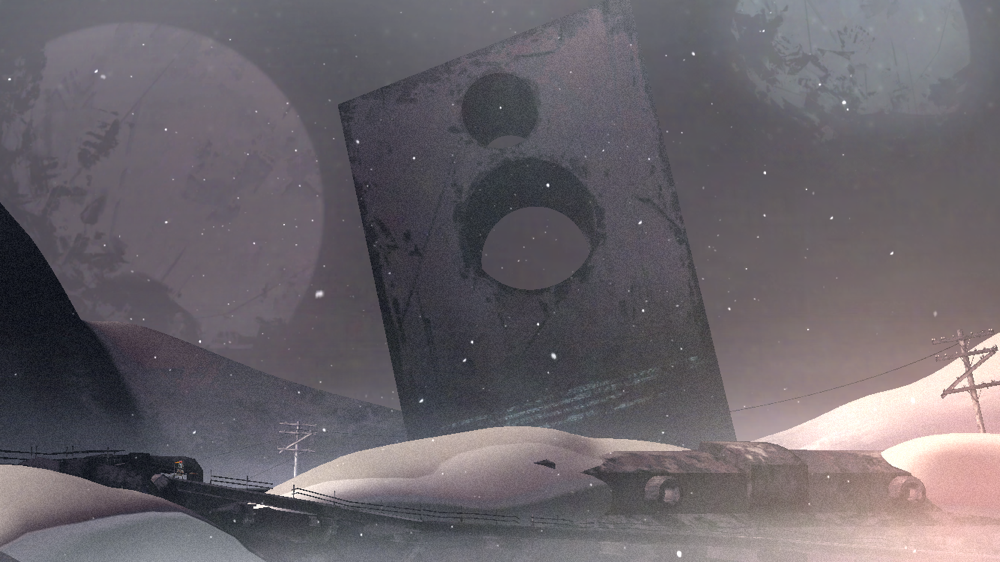 I really wish I could recommend Peregrin wholeheartedly. It’s clear a lot of love went into the game and so much has been poured into making its atmosphere feel just perfect. I love almost everything about it and really want to see where the rest of the story goes and what kind of puzzles are still to come. Unfortunately, some game-breaking bugs and small design flaws make it too hard to recommend in its current state. Perhaps once the bugs have been ironed out I’ll give it another shot and update this review. But for now, I would only recommend it to those with enough patience to restart chapters if they end up in an unplayable state. If you still want to take a chance on it, you can grab the game here.