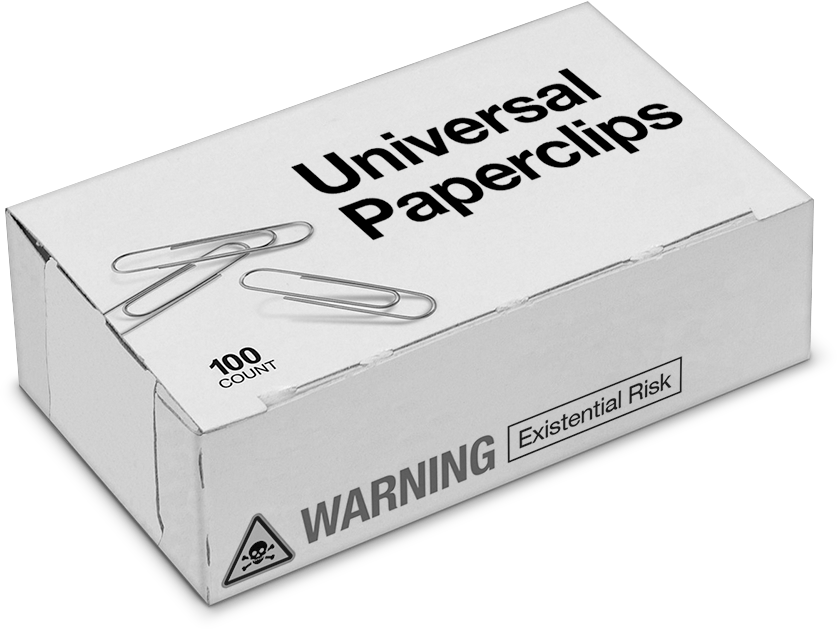 I’m not a fan of clickers and idle games. That was probably made clear in my Spaceplan review. So when the free browser version of Frank Lantz’ Universal Paperclips was released about a month ago, I didn’t get all that excited. But this past week it got a mobile app and I considered buying it, since a lot of people seem to like it. But I wanted to try it first, even if it is only $1.99.

The Spaceplan browser version didn’t really work well on mobile, so unless I wanted to play on PC first, I had no choice but to buy the app. So I didn’t have that much hope for Universal Paperclips. But it turns out that it plays very well through mobile Safari. I actually got quite far before I gave up. You can see some gameplay video below:

Here’s the catch. The game doesn’t run in the background when you don’t have it open on your screen. Unlike on a PC, where you can let the numbers climb while you do other things, the mobile version forces you to stare at the game the whole time. Not ideal for a phone, which most people multitask on. From my understanding, the mobile app acts the same, so that won’t solve the problem, at least not for now.

But there is one benefit to the mobile app over the mobile browser version. I was able to keep my game going on Safari for a couple of days without losing my progress. That is, until I rebooted my iPhone. So if you start playing on your browser and like the game, I highly suggest buying the app before continuing. I didn’t care much about losing my progress because I already got bored of it by then. But if you like the game and don’t want to risk it, the app is your best bet. Just be aware that you will need to keep it open. So if you’re annoyed with that in the browser, you’ll have the same issue with the app.

The game does seem to have an interesting story, but it was taking way too long to get to it, especially without the ability to let things work without me. At least Spaceplan still worked when you didn’t have it open. You can see more of my thoughts in a sort of rant video below.

If you do end up playing and like it, please share your thoughts. I’m curious what others see in the game, especially when it involves a lot of staring.

You can try the browser version here or download the app here.