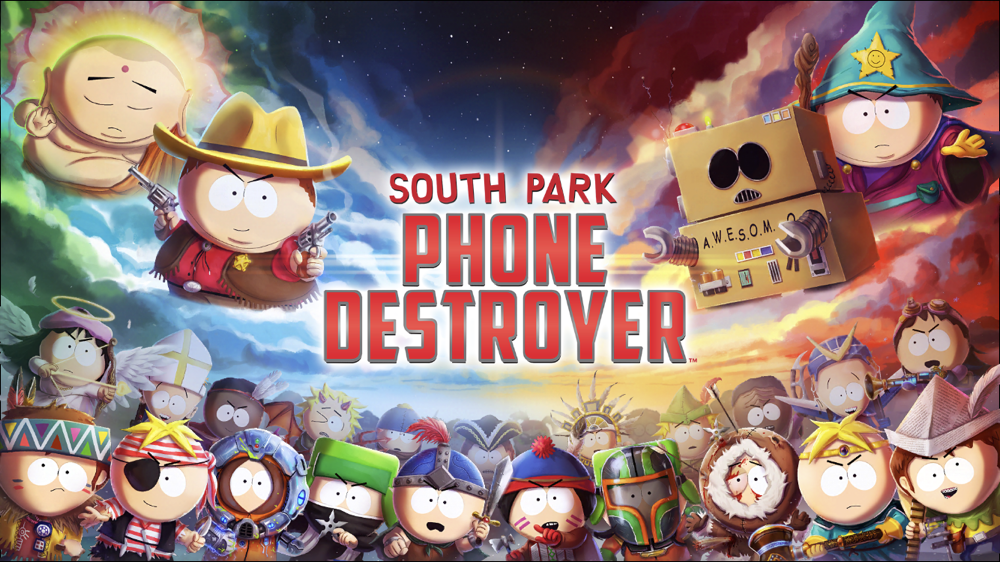 I almost titled this review, I Keep Playing ‘South Park: Phone Destroyer’ Even Though it Includes Everything I Hate About F2P Games. That basically sums up what this article will be like. I’ve been spending a lot of time with the game over the last couple of weeks, being drawn back to it even when I have so many other games to play that don’t feel like such an utter waste of time.

The main reason I downloaded Phone Destroyer when I completely skip almost every other free-to-play game of its ilk, is the South Park theme. But I figured I’d spend a few minutes with it and delete it. Instead, I got sucked in due to the high production values. The story has you playing as New Kid, who spends a lot of time on their phone. Hey, that sounds like me! The usual South Park gang is here and they’re playing Cowboys and Indians…no, wait…Wizards vs. Aliens. Oh, it doesn’t really matter. They all dress up in costumes and fight each other. The teams chat with each other through texts, meaning the game didn’t require an entirely new voice-acted script to work. But there’s enough sound bytes for it to feel like you’re playing with the kids of South Park. There are also fully voice-acted cutscenes where one of the kids calls you on your smartphone. It’s all very polished. You can see it in action my gameplay video below.

The battles themselves are mostly automatic. You have an energy bar and as you regenerate energy, you can pull cards onto the playing field. The characters will all move and attack on their own, but some have special abilities you can activate. In the story mode, you often have your characters moving left to right, heading for the boss. The main goal is to defeat the boss, but if New Kid dies first, you fail the mission and have to start over. There are also missions where both teams are separated into two sides of the screen. New Kid stays in place on one side and the opposing kid stays in place on the other side. They keep summoning cards until one of them dies. Player-versus-player (PVP) mode works similarly, although it’s on a timer so you could end up losing by having one less third of your health left compared to your opponent.

After each completed mission or won PVP battle, you get to open three lockers, which have randomized cards in them. You can see on the left side what is the best possible loot you can find in the lockers. But you only get to open three. If you miss the best loot completely, well, tough luck. The locker system means that you could end up getting very little for your efforts, based entirely on luck. And since the campaign modes get harder each time you replay them, even grinding isn’t a sure thing. You could play through a tough campaign and get almost nothing for your efforts, putting you at a disadvantage for the next one, since you didn’t grow at all from the previous level. Now, if you have in-game dollars, you can spend them to open more lockers, giving you more chances at getting good loot. But this premium currency trickles in and it can be really easy to go through them…unless you buy more with real cash. 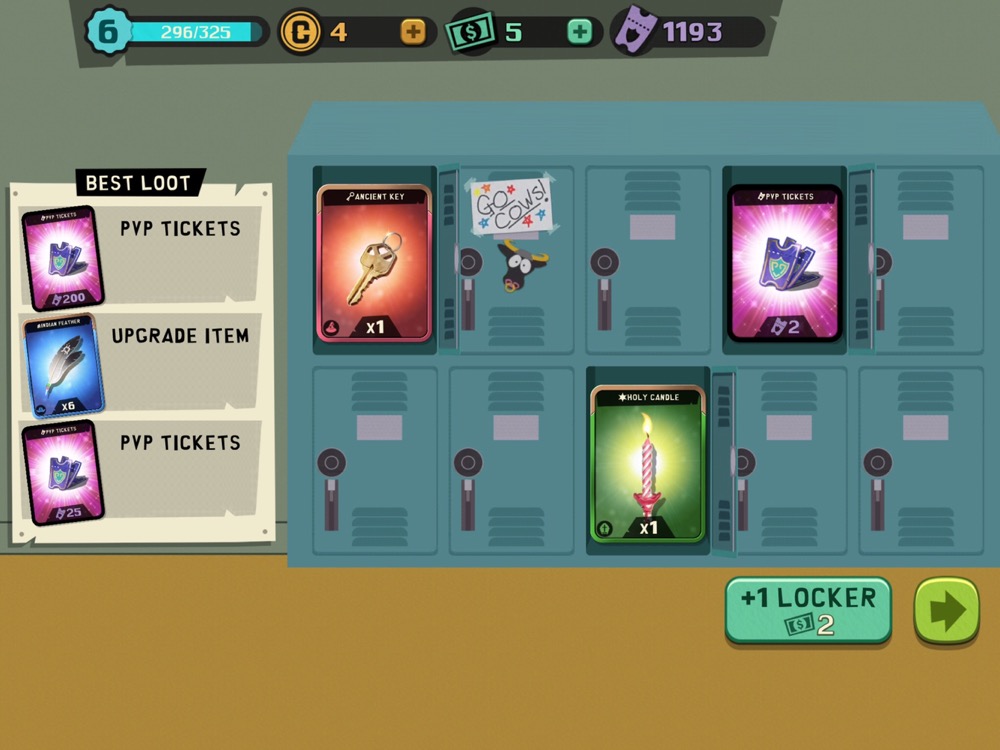 And then, of course, are the rare packs of cards you can buy. Or just directly buy a card you want using premium currency. Basically, everything about the game is pushing you towards spending money. Even though you get two free packs to open every four hours, there isn’t that much in them and you mostly get common cards with the occasional rare. The PVP can give you more, as when you win three matches you get to open a PVP pack that usually has decent stuff it in. But after you open a pack, you have to wait four hours before you can try for another one. Unless you spend premium currency to speed up the timer, of course.

There are fun events that last a couple of days and reward you for winning a lot of PVP matches. They usually give you free cards and special outfits, and they definitely kept me playing when I might normally have taken a break. But it also means the game has, for me at least, started to become something I mostly play when my timers run out. I’m not even sure why I’m still playing. I know in my head that it’s a massive waste of time and it uses all the schemes I hate about F2P games. But somehow I tell myself that it’s ok since I haven’t given them any of my money. Only my time. Somehow that’s better? It shouldn’t be, though. 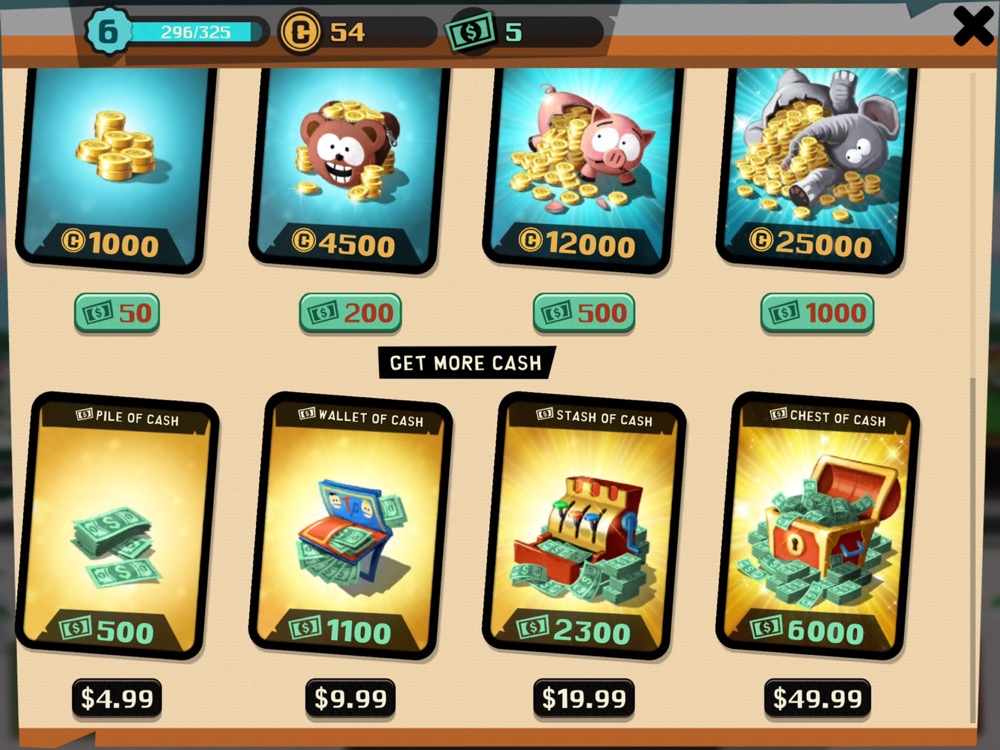 One of the things that hampered my experience is that, while playing through the story mode, you often are forced to win PVP matches to continue with the single-player campaign. I wish they would have been kept separately so players can approach PVP at their own pace, when they feel ready for it. While I was still getting used to it, it was frustrating being unable to do anything else until I got better at winning. I mean, I could replay older levels, but that’s no fun. I wanted to progress with the story but instead I kept failing at PVP. I finally improved, but my experience as a whole would have been better if I had more freedom.

Also, I’ve now gotten to a point where the story campaign is brutally difficult and I’m not making any progress. I rarely have enough gold or items to upgrade my cards, and the locker system just makes it worse. I get excited about winning a PVP battle and getting another chance to open lockers, only to get nothing from them. It makes progress feel slow and almost nonexistent, meaning I’ll probably never get through the story mode at this rate. You can see what I’m up against in the short video below. Since you can’t control where your characters go and what they attack, the harder missions can feel impossible.

I’m sad sad that I won’t see the rest of the story unless I pour money into the game or countless hours of grinding. Even the grinding might not be enough, as the way it works could still leave you with tough battles and not enough upgraded cards. So yes, the game is more generous than most similar games, but it still punishes you for trying to play completely for free, always pushing you to spend so your time isn’t wasted.

I also would have found the PVP more enjoyable and more rewarding if everyone was on an equal playing field and you won entirely by strategy, not because their cards were stronger than yours or rather than yours. Even when I win, there’s always some doubt whether I just got lucky because one ore more cards was stronger than theirs. Maybe in some alternate universe people are playing a premium version of this game that rewards skill and strategy over luck, time and money spent. But this is what we get instead, so just be aware that it is either going to be a time sink or a money sink if you decide to start playing. If you still want to give it a go, you can download it here.