I admit, I kind of laughed at the idea of the Apple TV when the gaming version released. I don’t see playing many iOS games on my TV, as I prefer my touchscreen. The remote also didn’t seem ideal for that.

Fast-forward a bit and I’ve been living with a very limited Samsung Smart TV for about a year now. Since I cancelled cable, I’ve had to make do with the three apps that my TV has — Netflix, Amazon and Hulu. I’ve been meaning to buy a Roku, but I have this odd attachment to my TV’s sexy remote. The Roku remote is not sexy. 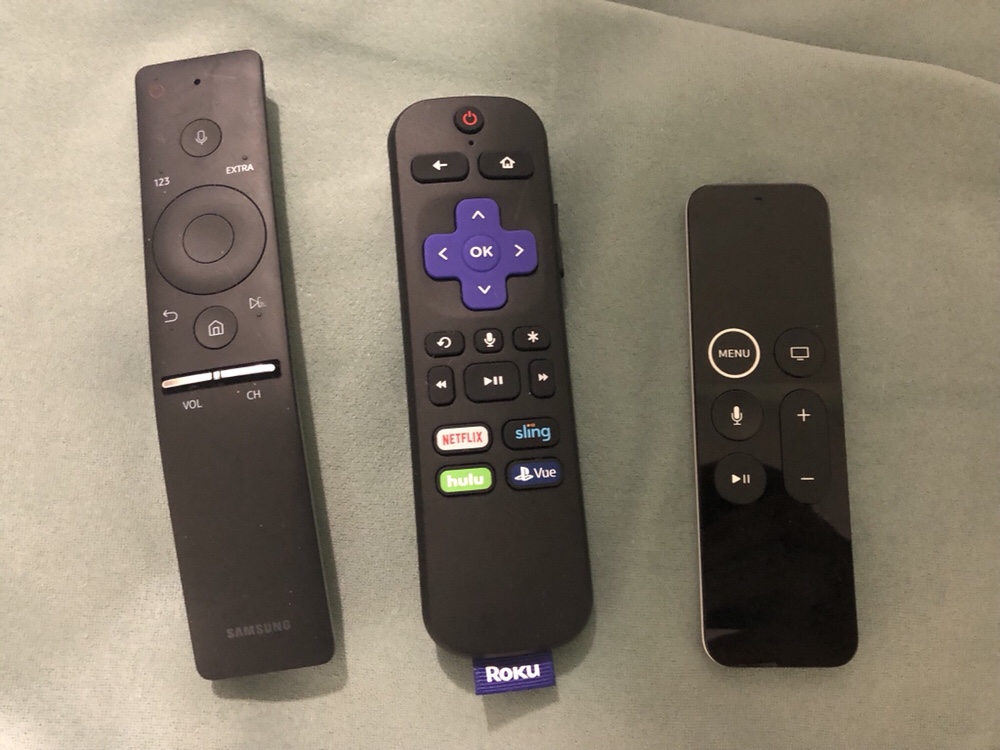 I finally bought one to try out and I don’t like it. Netflix looks terrible on it and I just find the whole layout to be messy. So I decided to grab an Apple TV 4K and compare the two. I’ve had them both for several days but have stuck to the Apple TV because of its clean layout, sexy remote, and Up Next feature. I also tried out some games like Alto’s Adventure and it seems pretty cool for that, but it won’t be my primary use.

The remote is so sexy. Let me reiterate that. But it does have some down sides. The top part is a touchpad instead of a directional pad. I actually like it sometimes. But other times, I wish I could lock it and just click it instead. It seems to have that functionality, since you can click both sides to fast-forward or rewind. But you can also swipe for those functions, and that becomes problematic when you accidentally touch the remote while watching. Still, I think it’s something I can get used to and live with. It’s worth it because everything is so neat and clean the way Apple likes it.

The Up Next feature is also a big selling point for me. You know how Netflix, Amazon and other apps have Watch Lists so you can add your favorite shows to them? And then when you open the app, it shows you your list so you can keep track of your shows. With Apple TV, you have a separate list that you can add any shows from any apps. That way, you don’t have to keep tabs on every app from every network. I’m still playing around with it to see how far the functionality goes, like whether it will tell me when there’s a new episode available. But either way, it’s something. From what I can tell, Roku has no way to keep track of all these shows together. Correct me if I’m wrong, though.

Anyway, the point I’m getting to is that if you’re on the market for some sort of streaming device and like Apple products, DirecTV is offering a great deal at the moment. If you pay for four months of their streaming service, DirecTV NOW, you get a free Apple TV 4K. That’s $140 for four months of their service and an Apple TV for $40 less than it would normally cost. That’s a great deal and I just snatched it up and cancelled my subscription to make sure I don’t get charged more after the four months end. I don’t get any kickbacks for telling you about this. I just think it’s a great deal and wanted my readers to know. You can read more about it here. 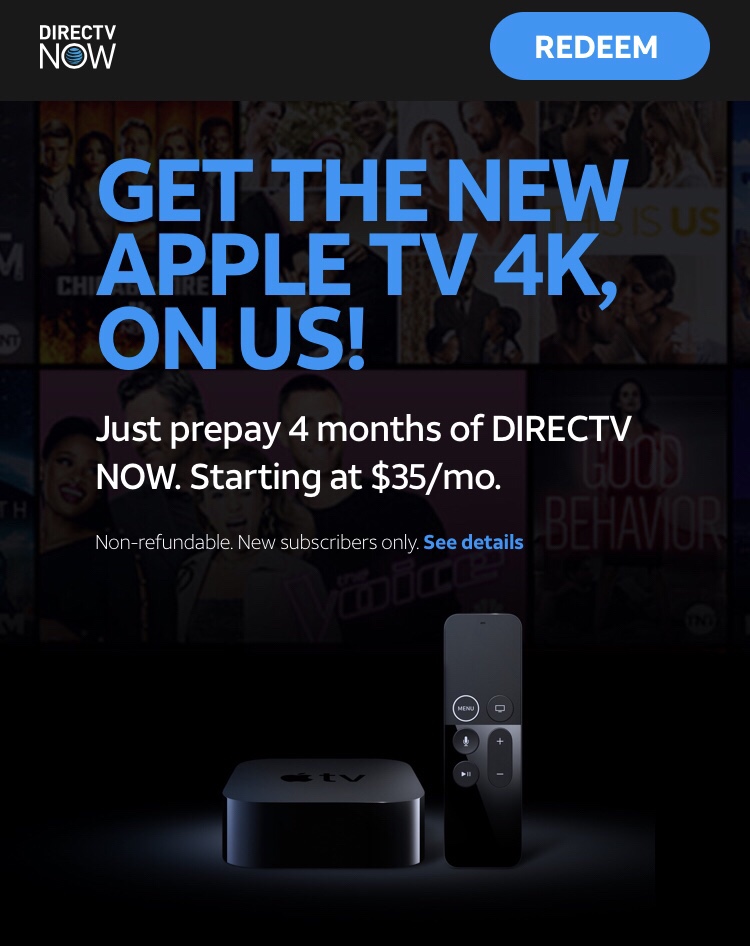