This is a complete step-by-step walkthrough guide with hints, tips, tricks, solutions and answers for the iOS, Android and PC game, Rusty Lake Paradise. Feel free to ask for extra help in the comments section.

You can watch my video for this level here or continue below for my step-by-step guide.

1. Move to the right to find the boat. Look inside and grab the machete and hook. There’s also a small box under the seat. Slide the locks open and take the fishing line from inside and read the letter. 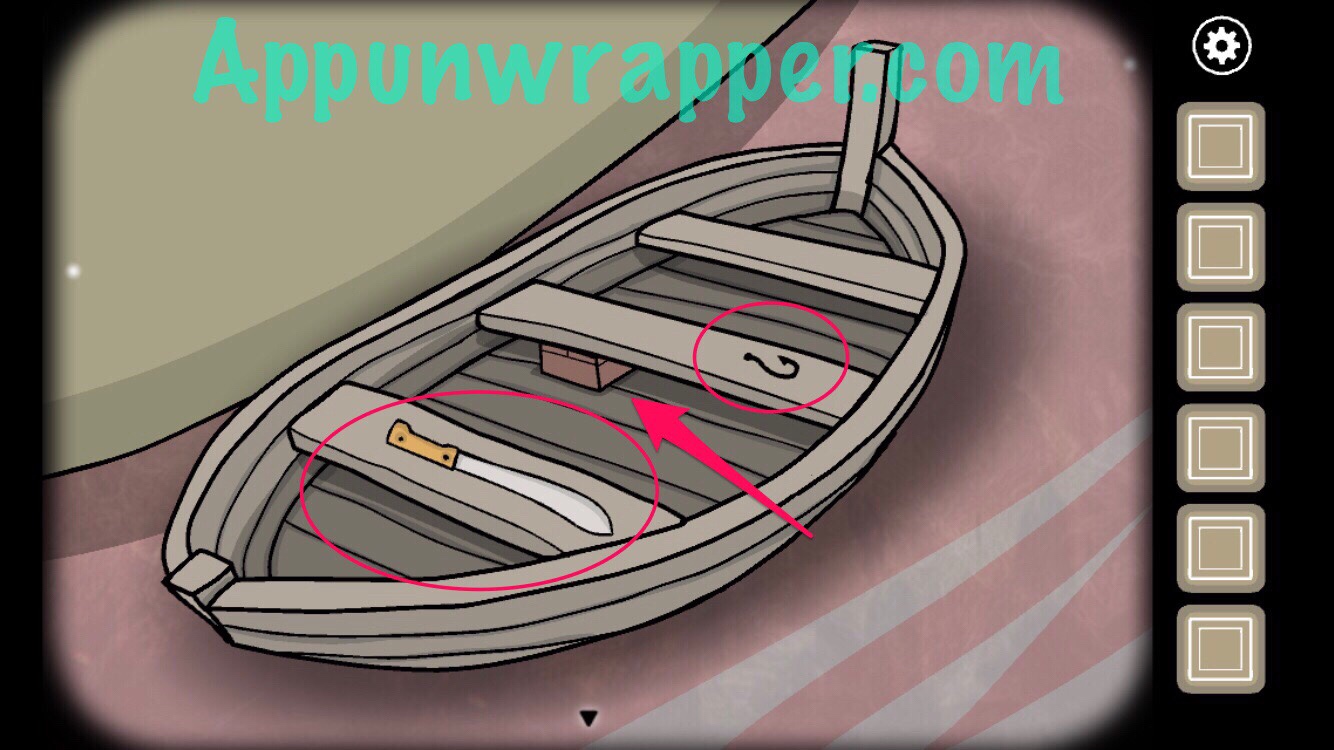 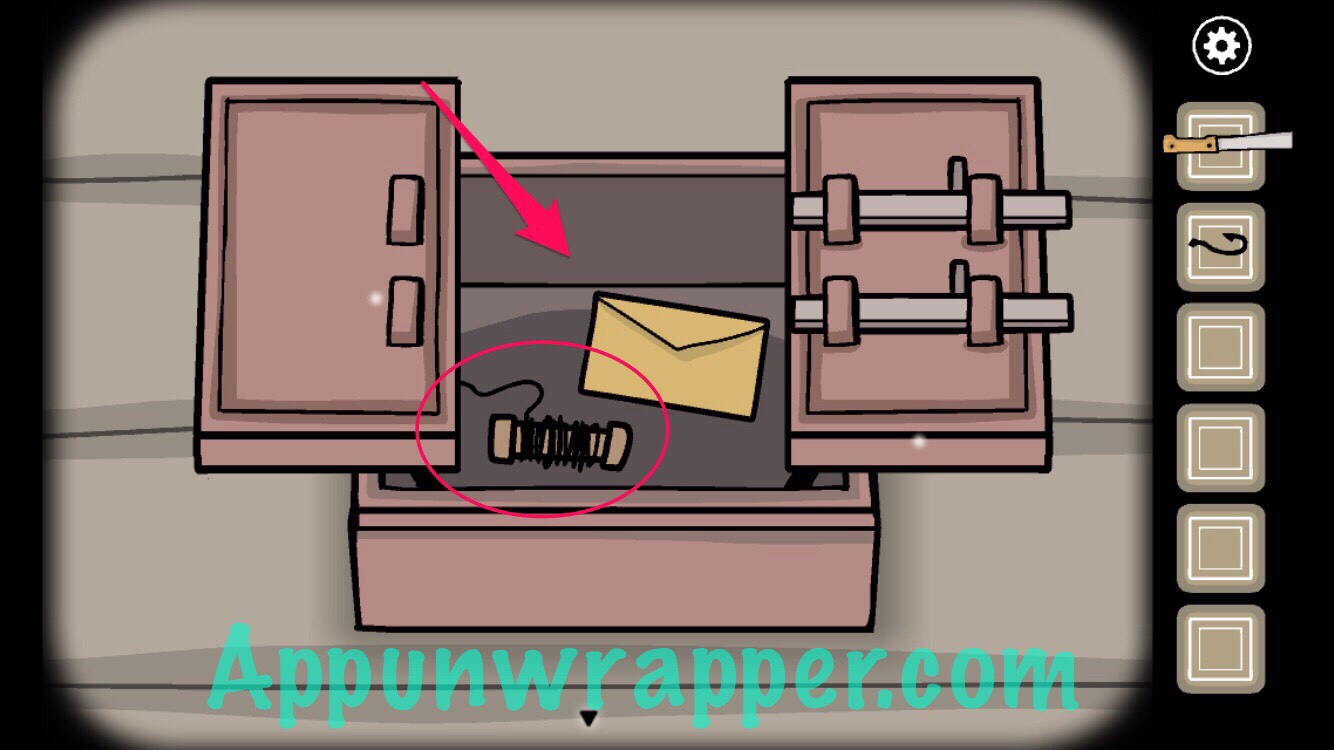 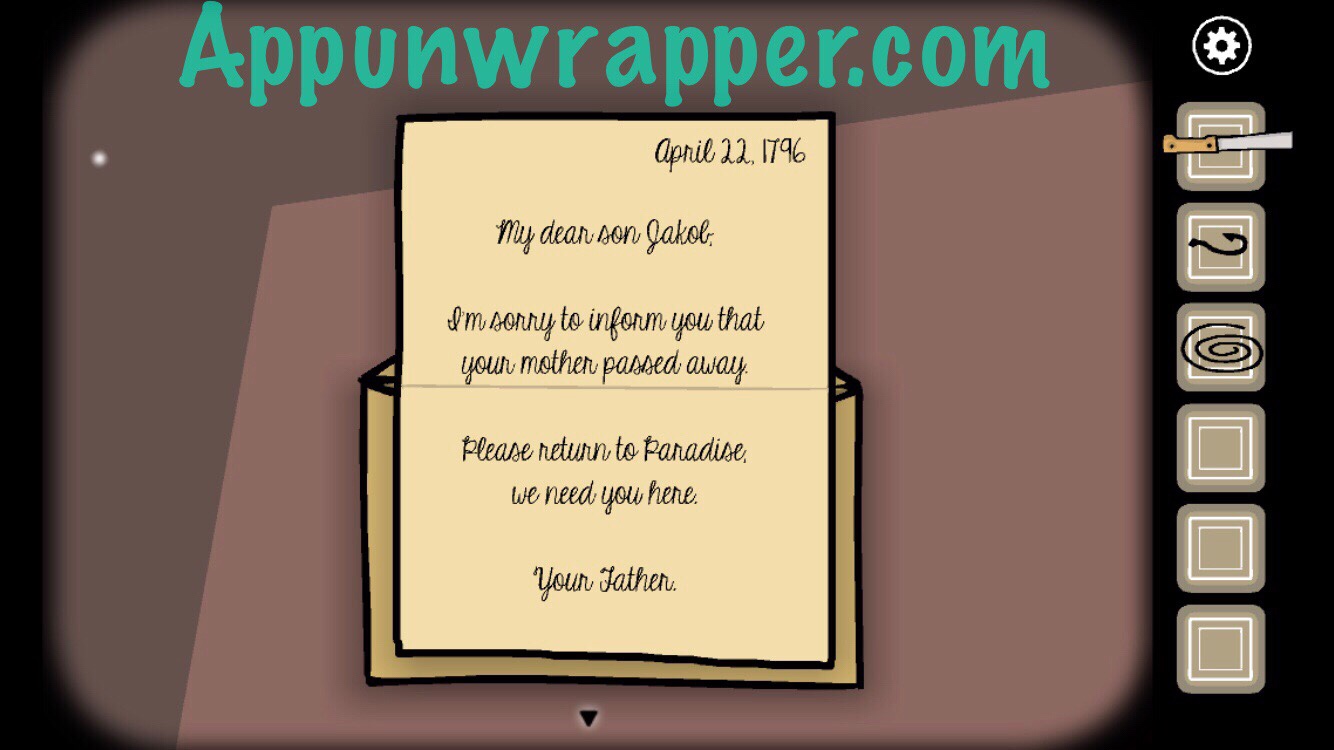 2. Use the machete to cut up the fruit on the ground and take the worm. 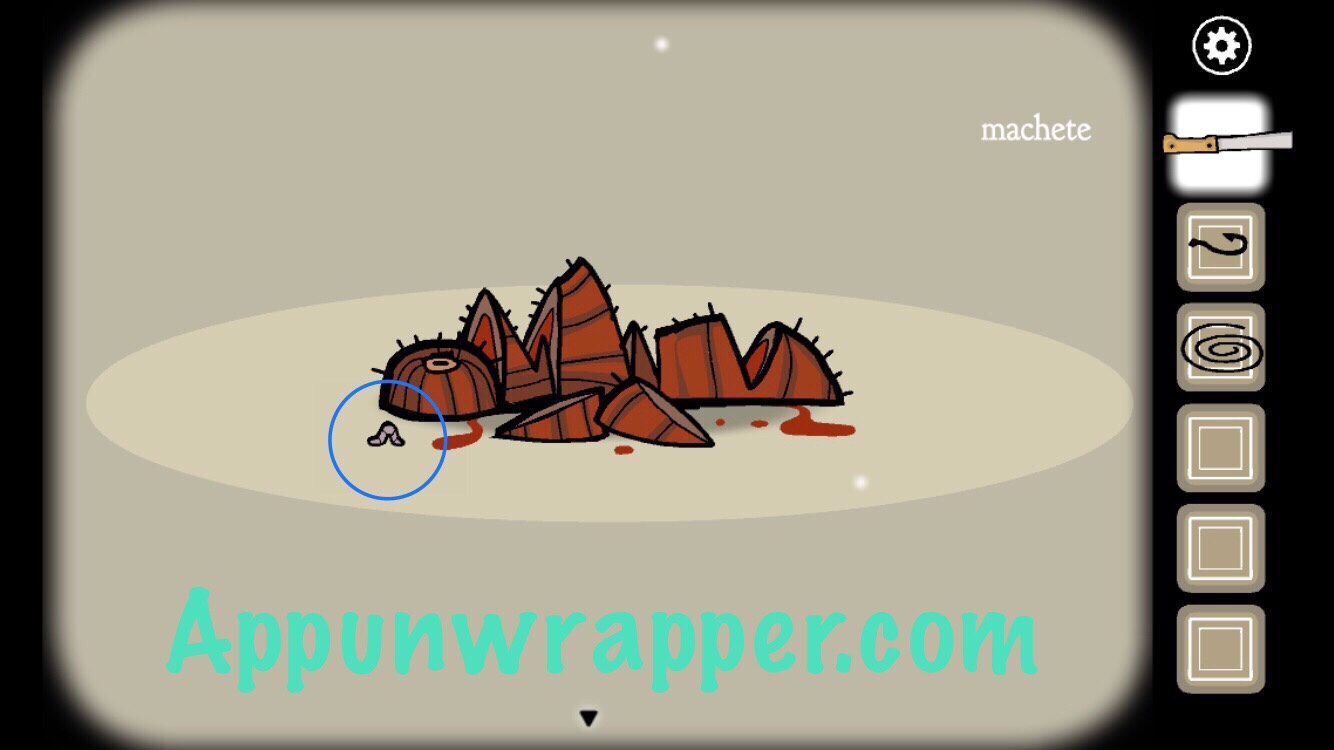 3. Use the machete to cut the bamboo to get a stick. 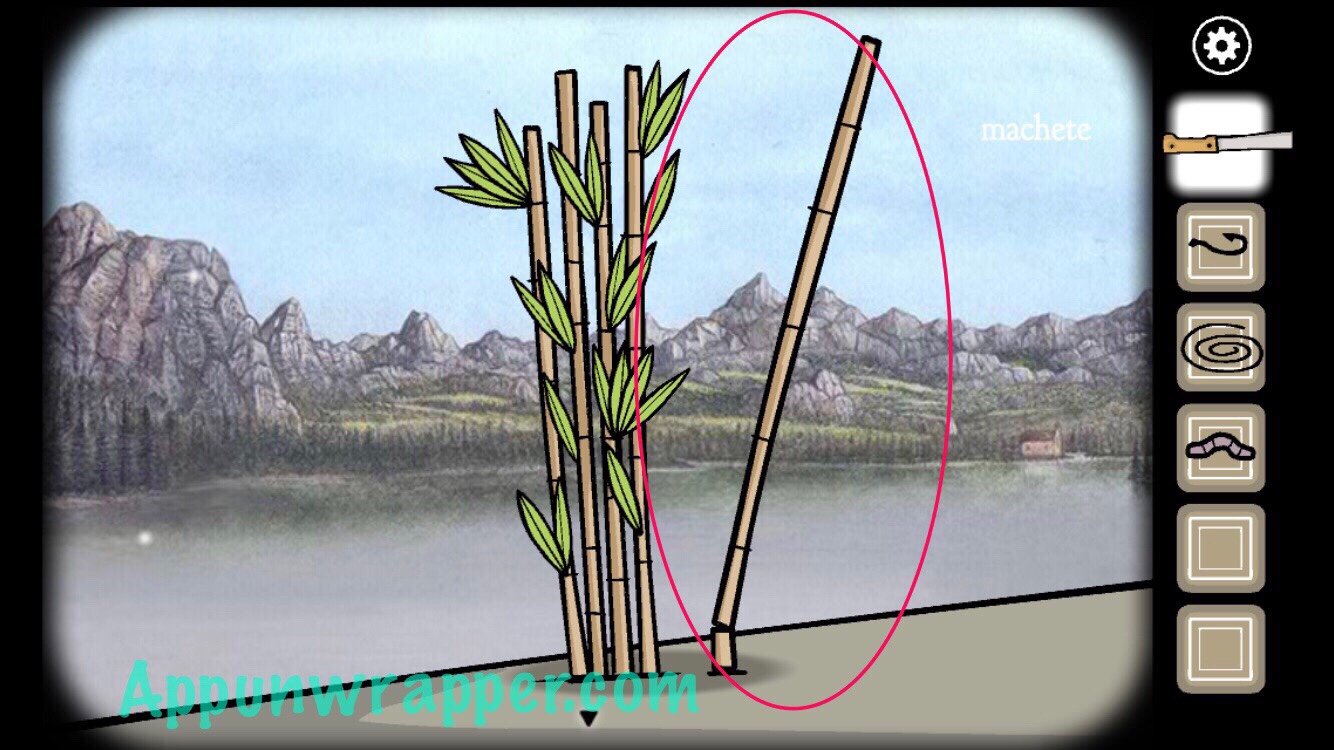 4. Give the stick to the guy standing to the left (I forgot his name, if it was ever given). Add the fishing line, hook and worm to make a fishing rod. Tap him a few times and he’ll catch a shrimp. Take it. 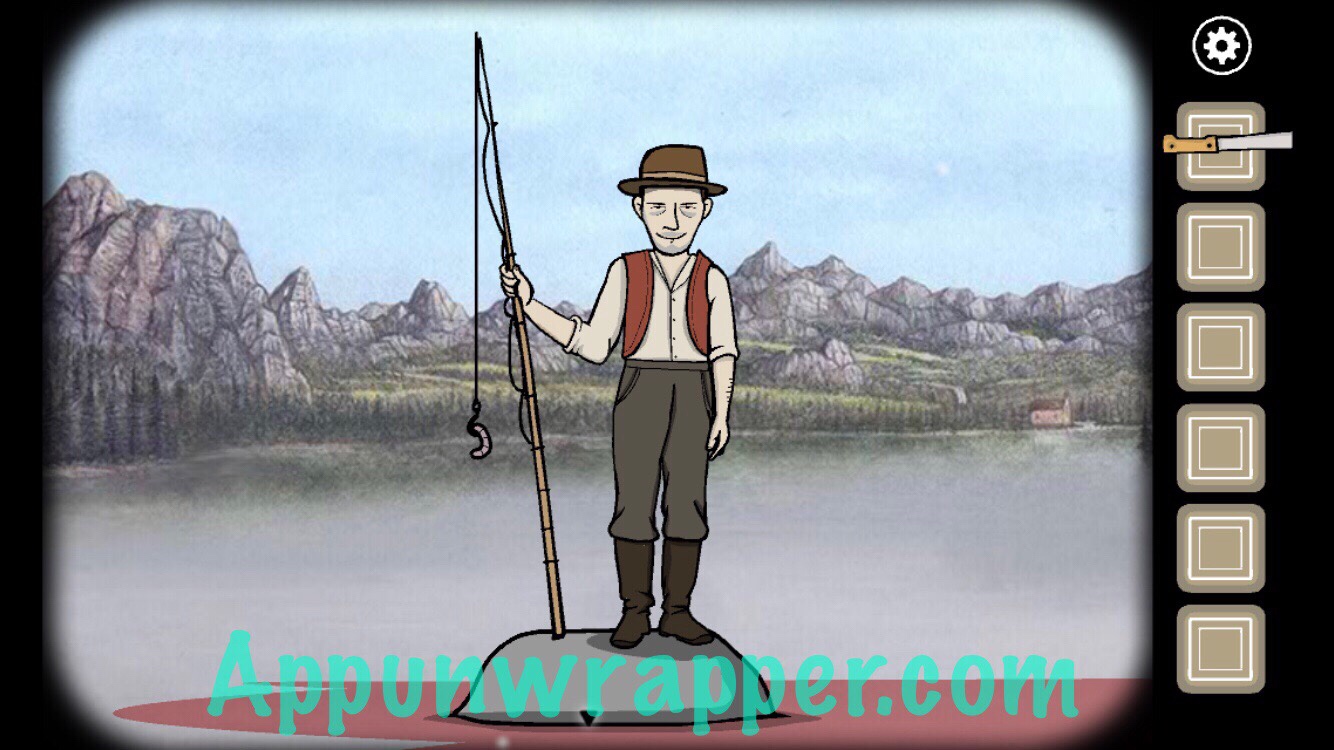 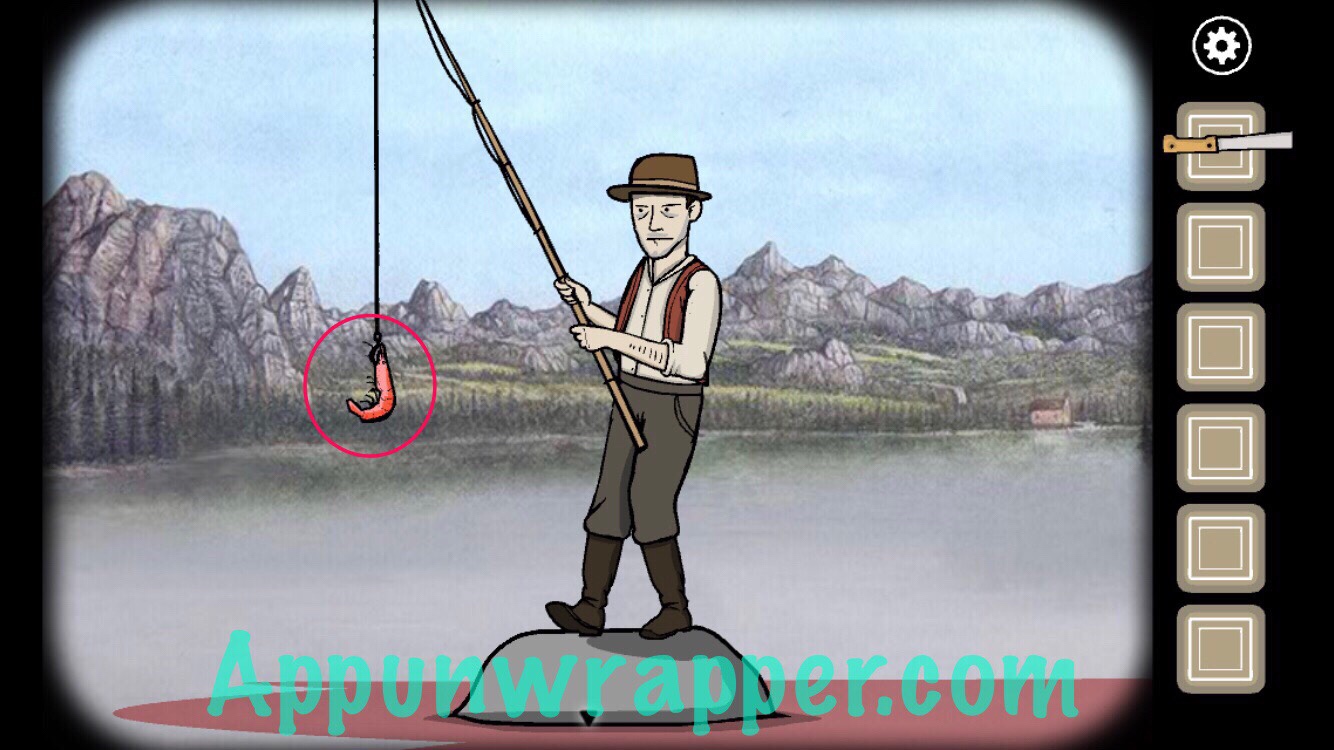 5. Go to the gate and open the two little panels. A guy will stick his hand out of the bottom one. Give him the shrimp and the gate will open. 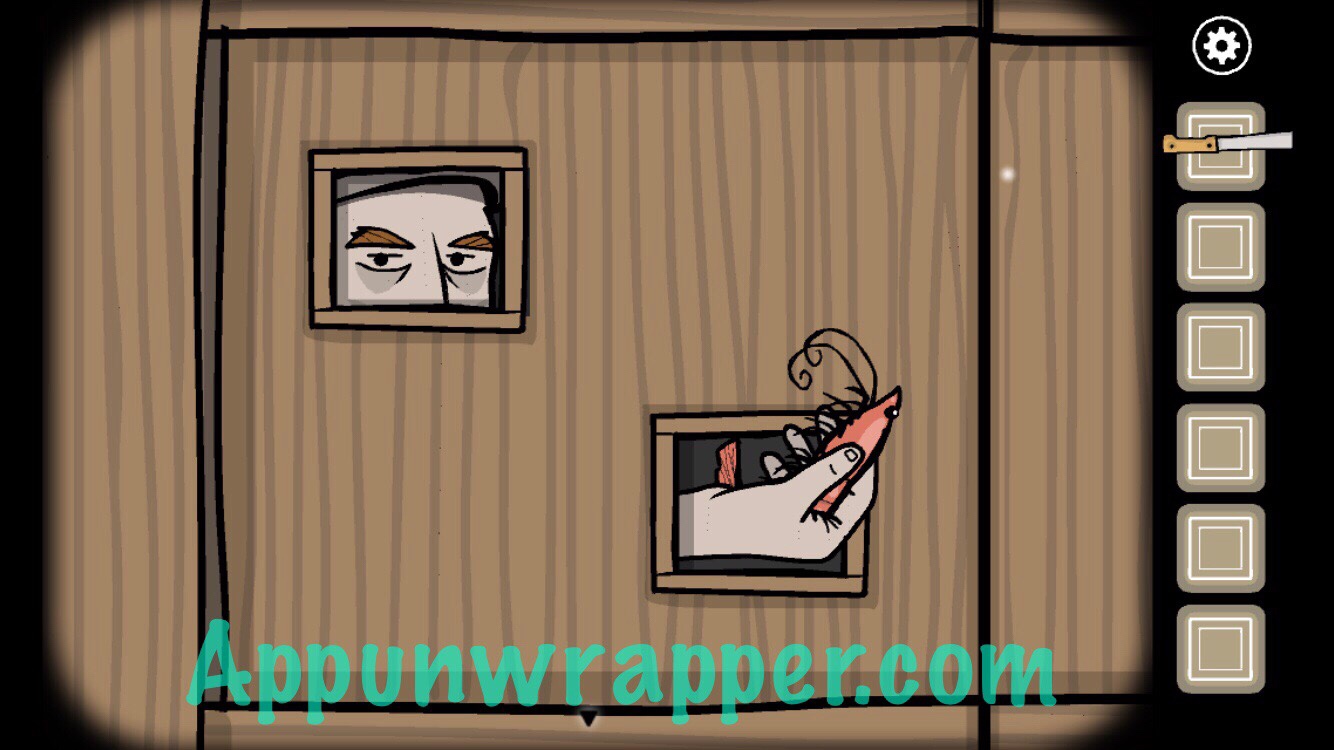 6. Here you get your first achievement, Welcome to Paradise. If you go to the settings, you can see a list of achievements you found. There are five for each plague and you can replay levels if you miss any. You usually get them for doing something extra, but there are some you get just for completing puzzles and levels. I’m going to list the others HERE so as not to spoil them for those who don’t want help with them. 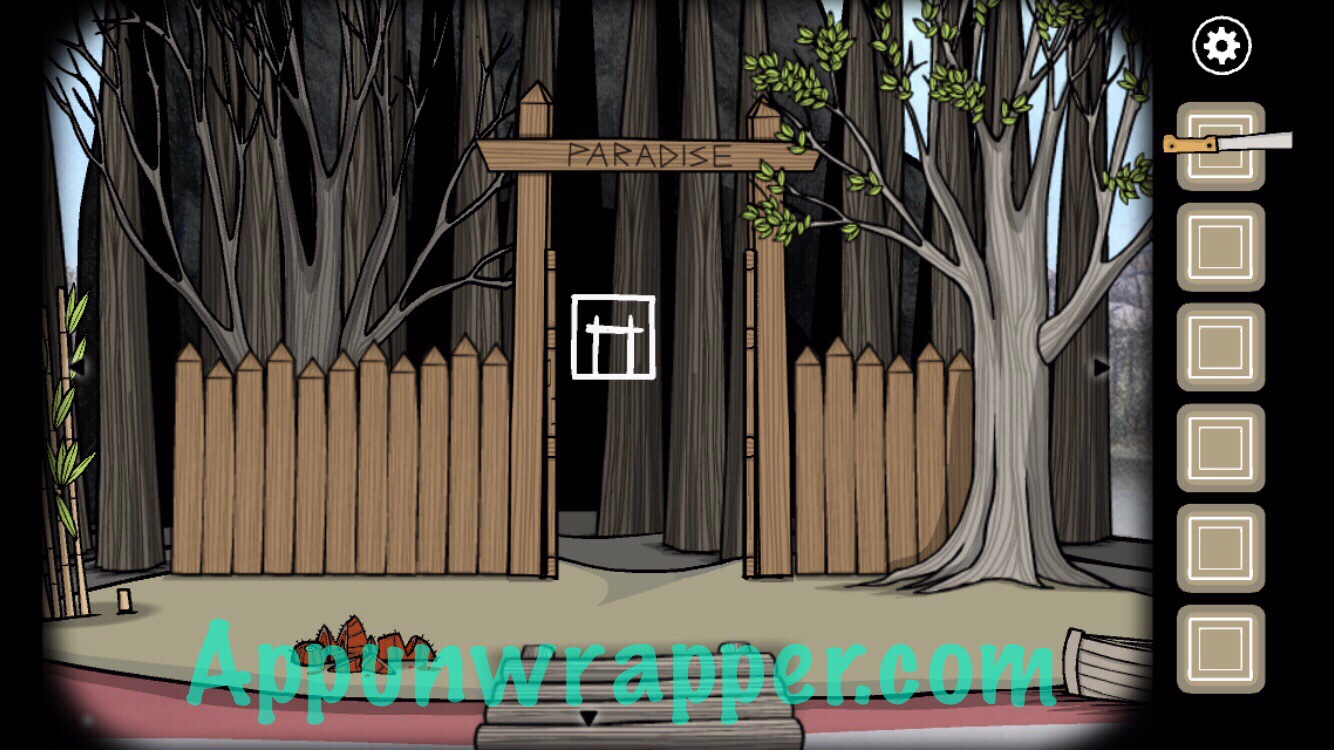 7. Go through the gate. Tap your grand mother’s face until a leech comes out of her nose. Take it. Yum! 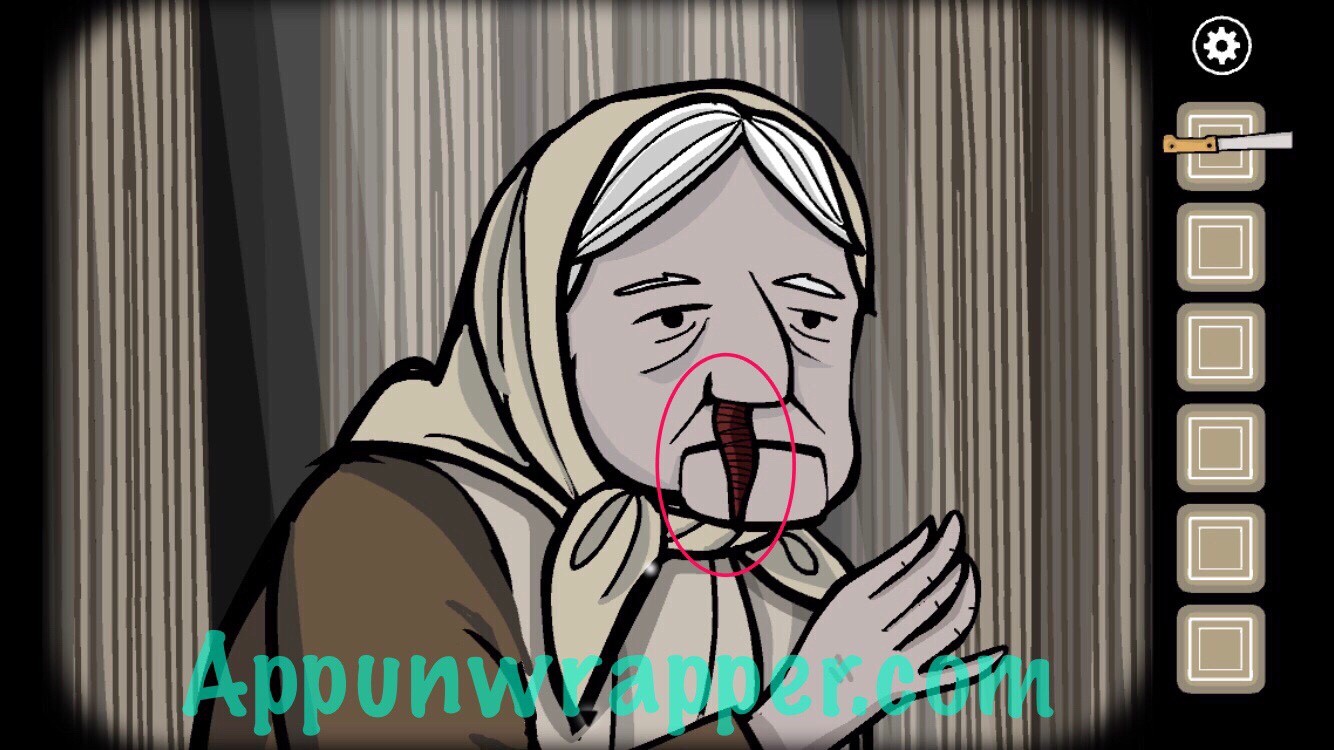 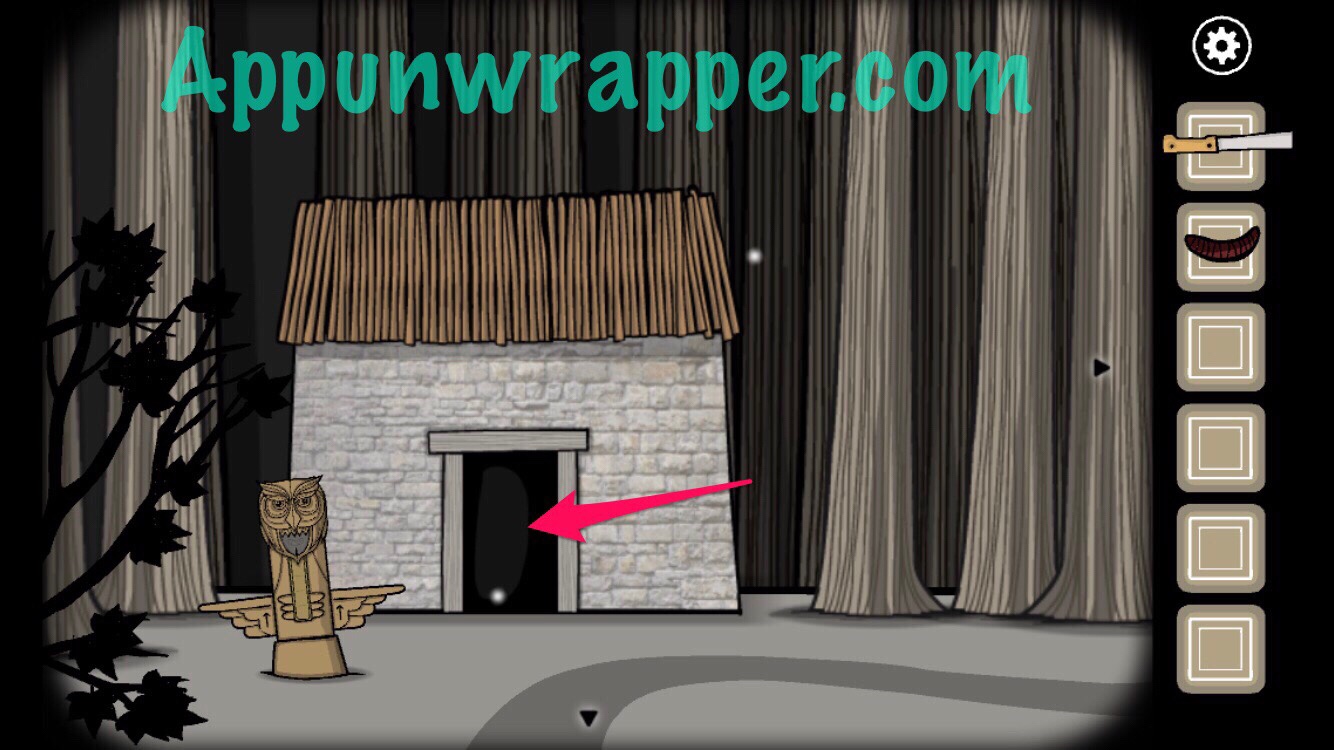 9. Open the cabinet and take the jug. 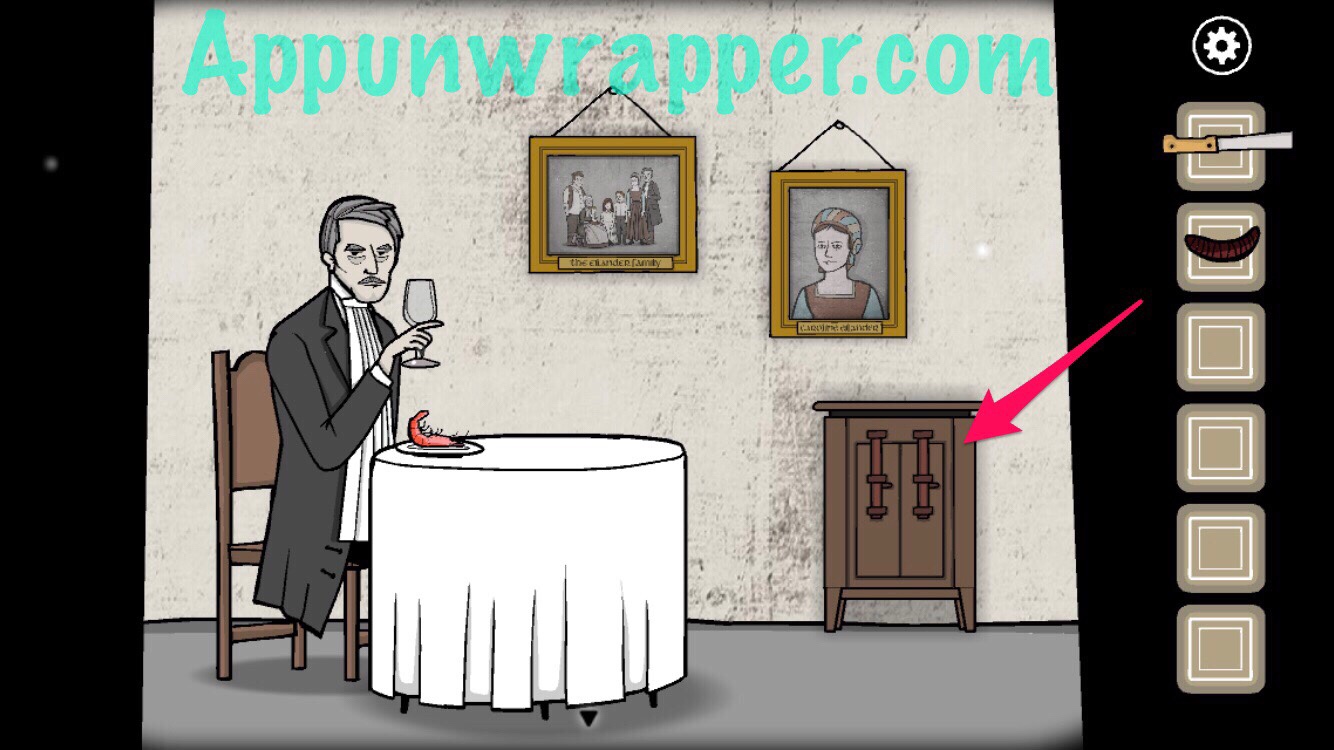 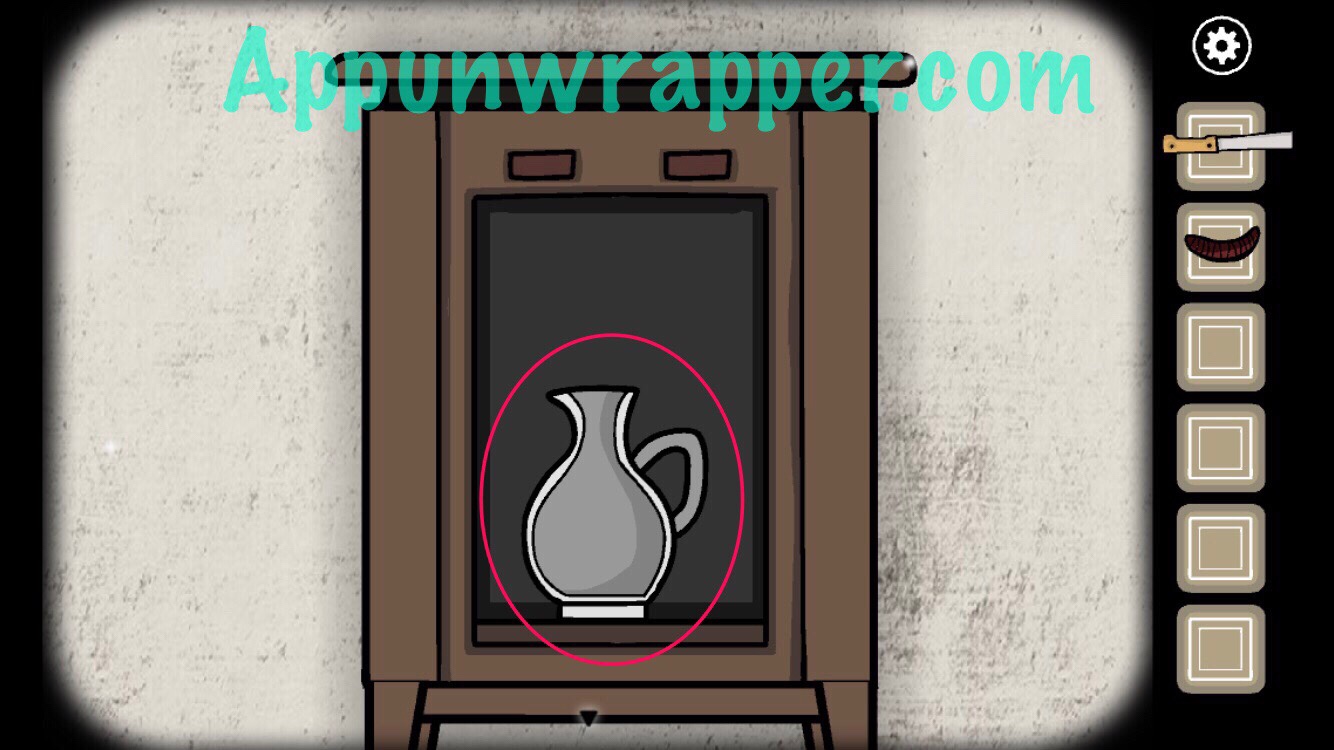 10. Tap on your father’s plate of shrimp and break it open to get another leech. 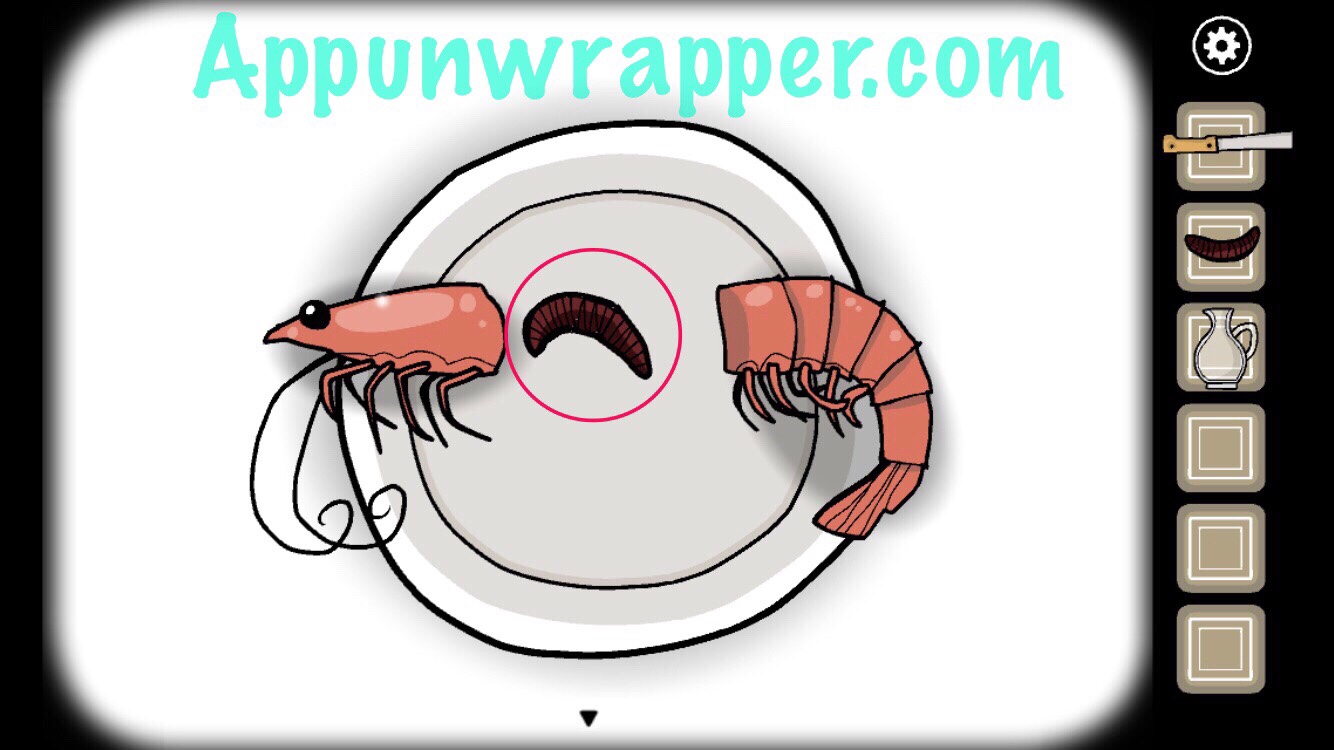 11. Go back to the pump. Pump some blood into the jug and pick it up. 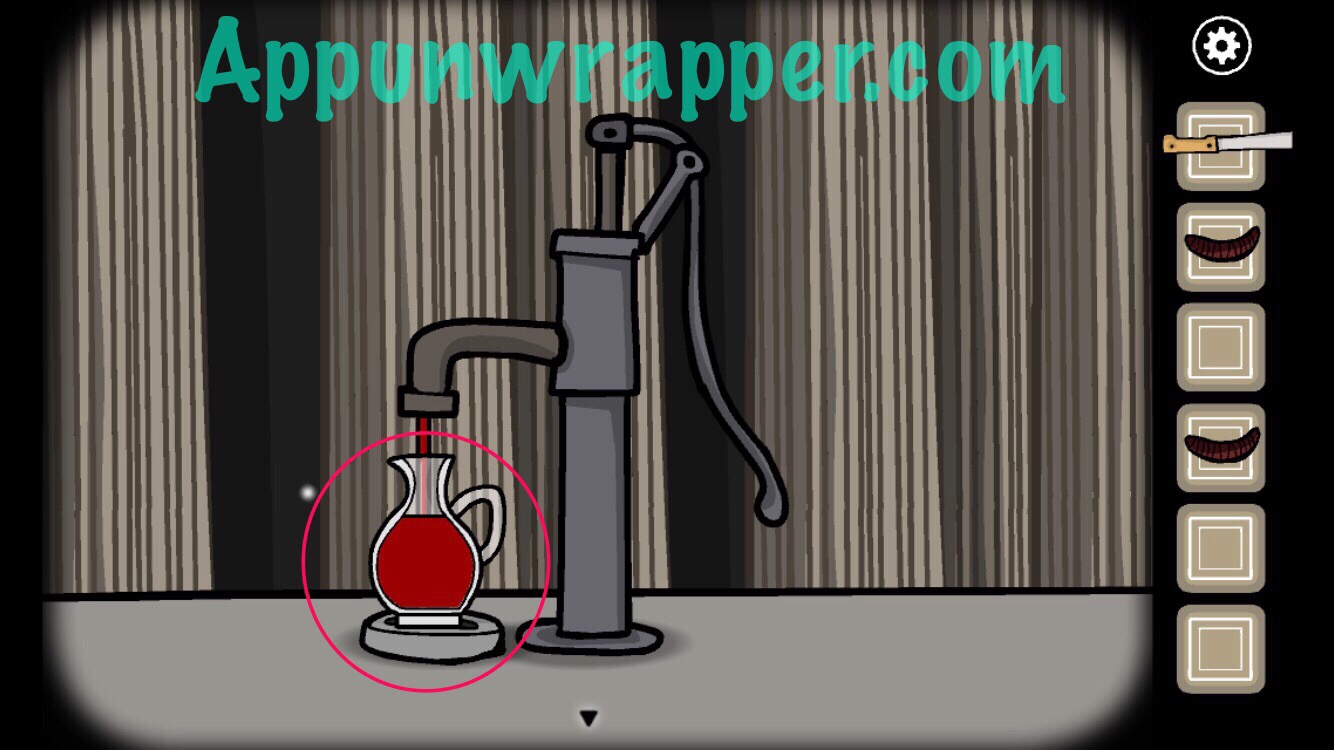 12. Go back to the goat. Pour the blood into the bucket and make the goat drink it. Then take the leech from its tongue. 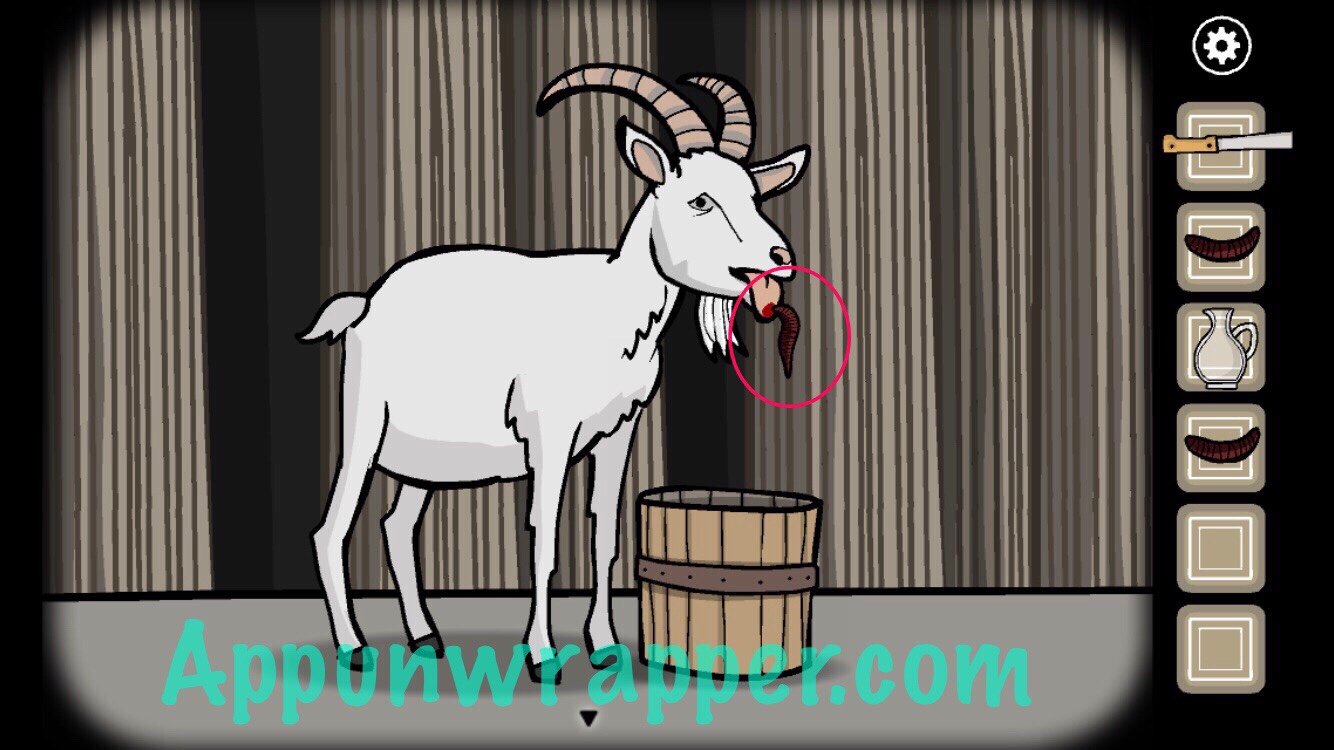 13. Go back to the pump and fill the jug with more blood. Now, go back to the man in the cabin (your father) and pour him a glass of blood. Have him drink it and take the leech from the bottom of the glass. 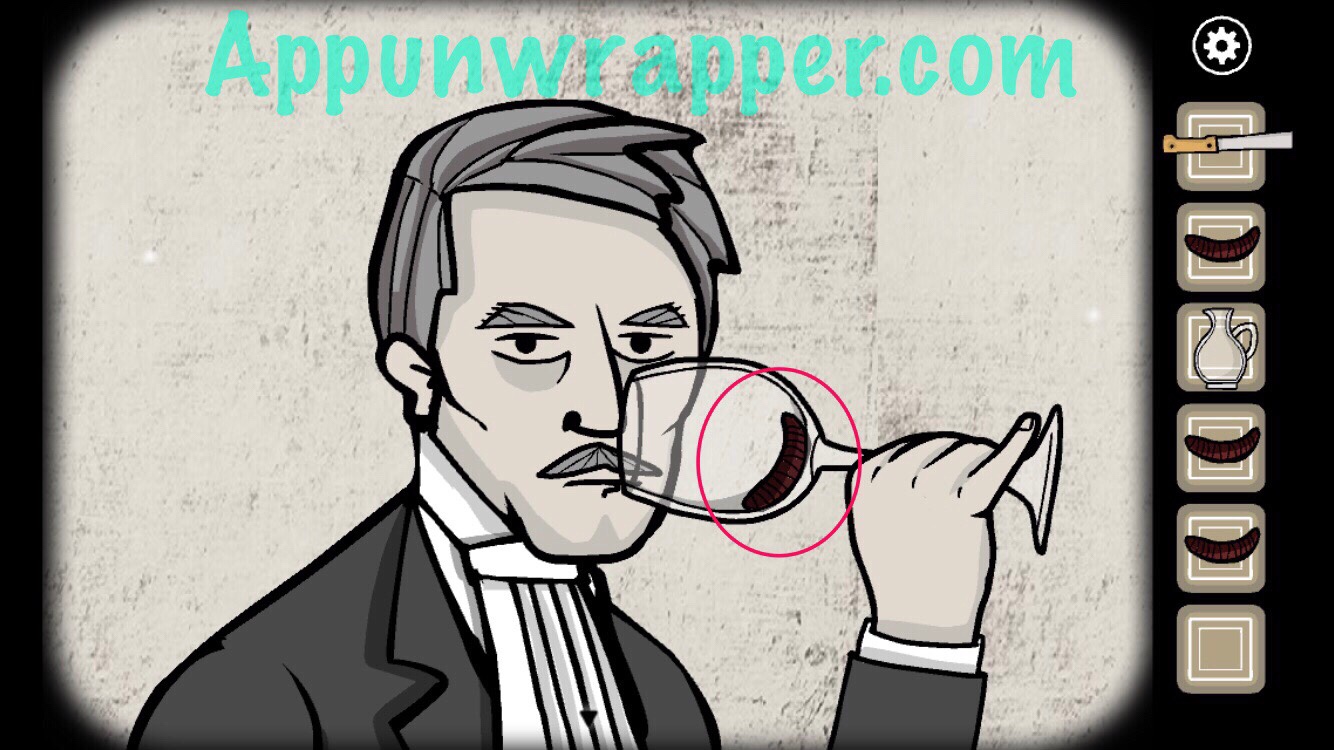 14. Leave the cabin. There’s an owl statue out front. You need to use it to juice all four leeches. Put one in its mouth at a time and pull the wings up to press it. Once all four leeches are juiced, take the key. 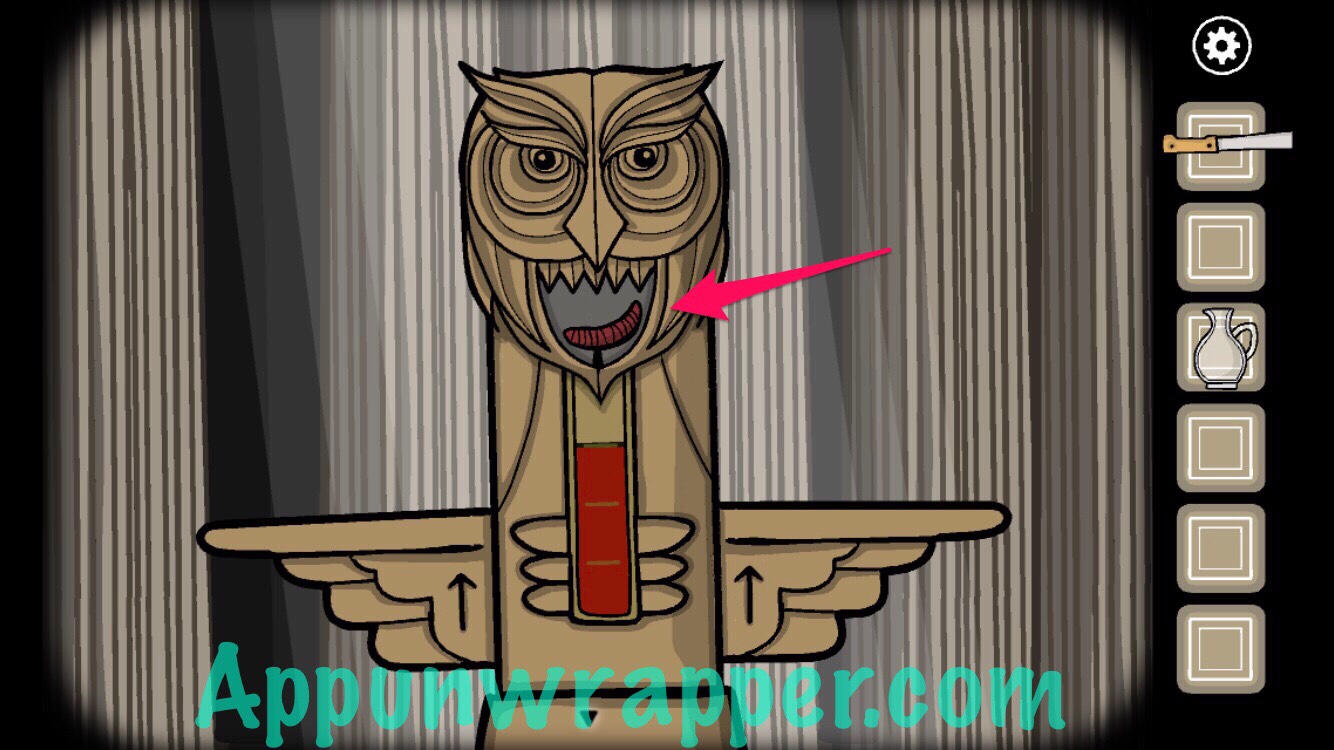 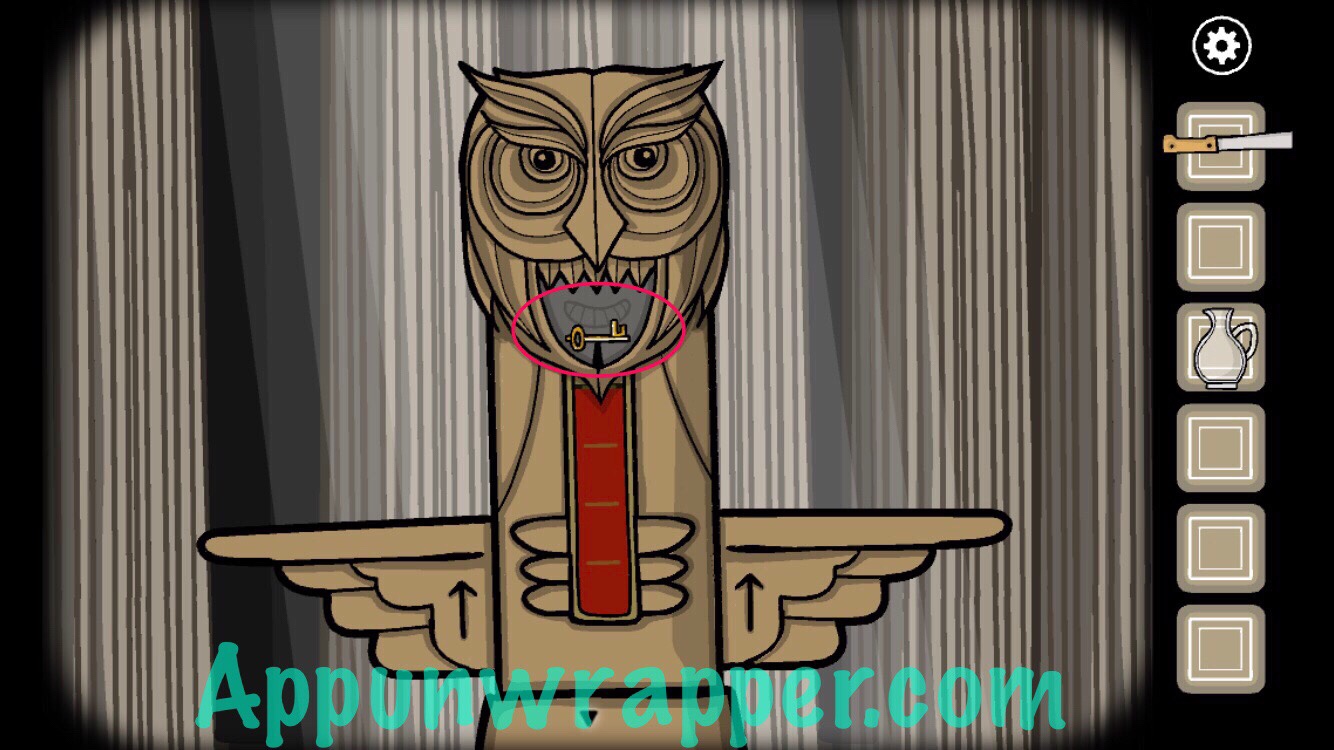 15. Head right and use the key to unlock the door. Go through. 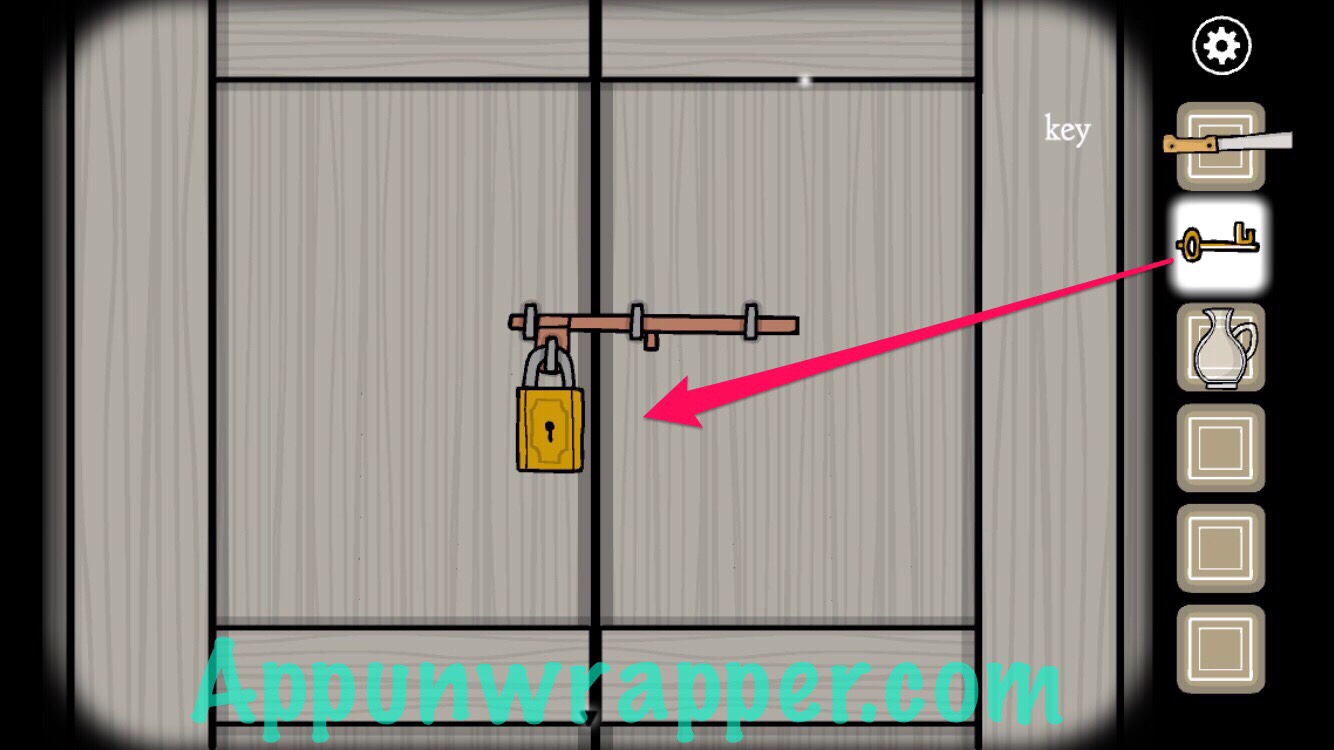 16. Talk to the silhouette. He tells you to bring his memories to the lake and the lake will stop bleeding. Continue on. 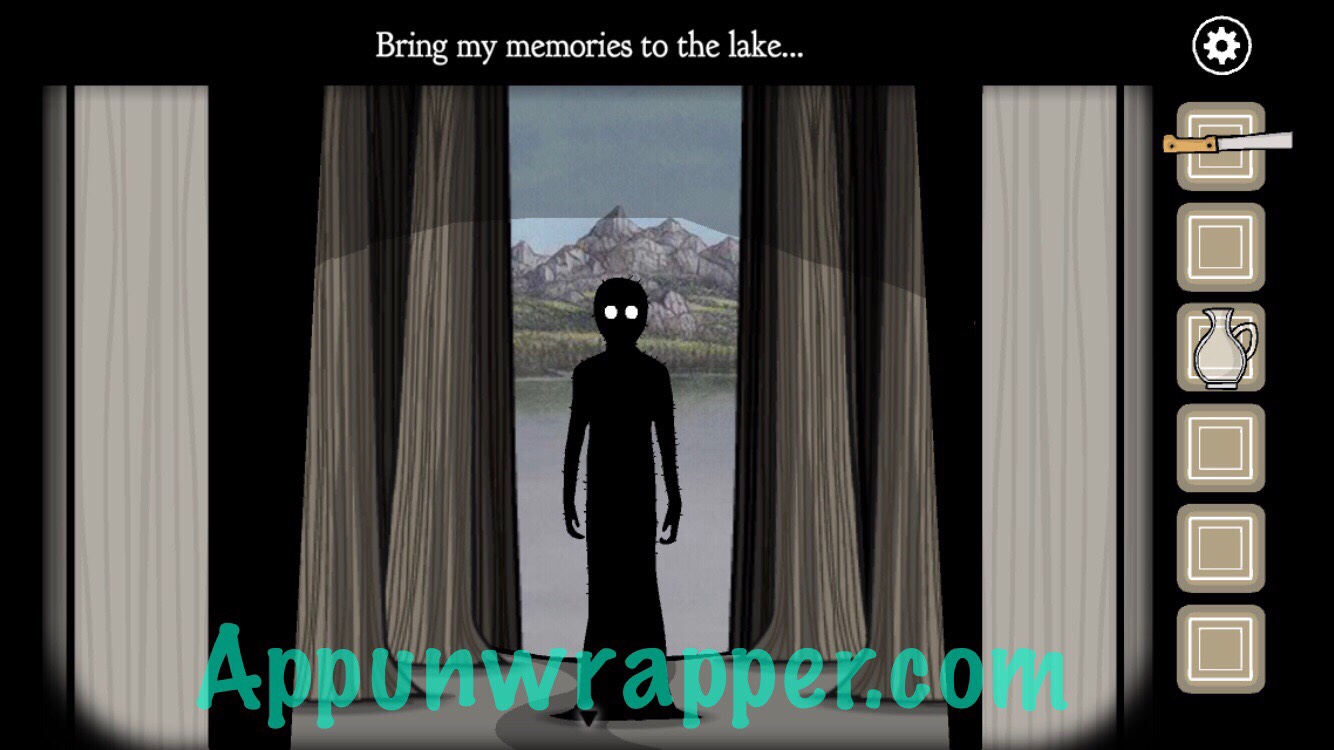 17. Examine the red water. A casket will float up. Use the machete to remove all the nails and open it up. Take the black cube from inside. 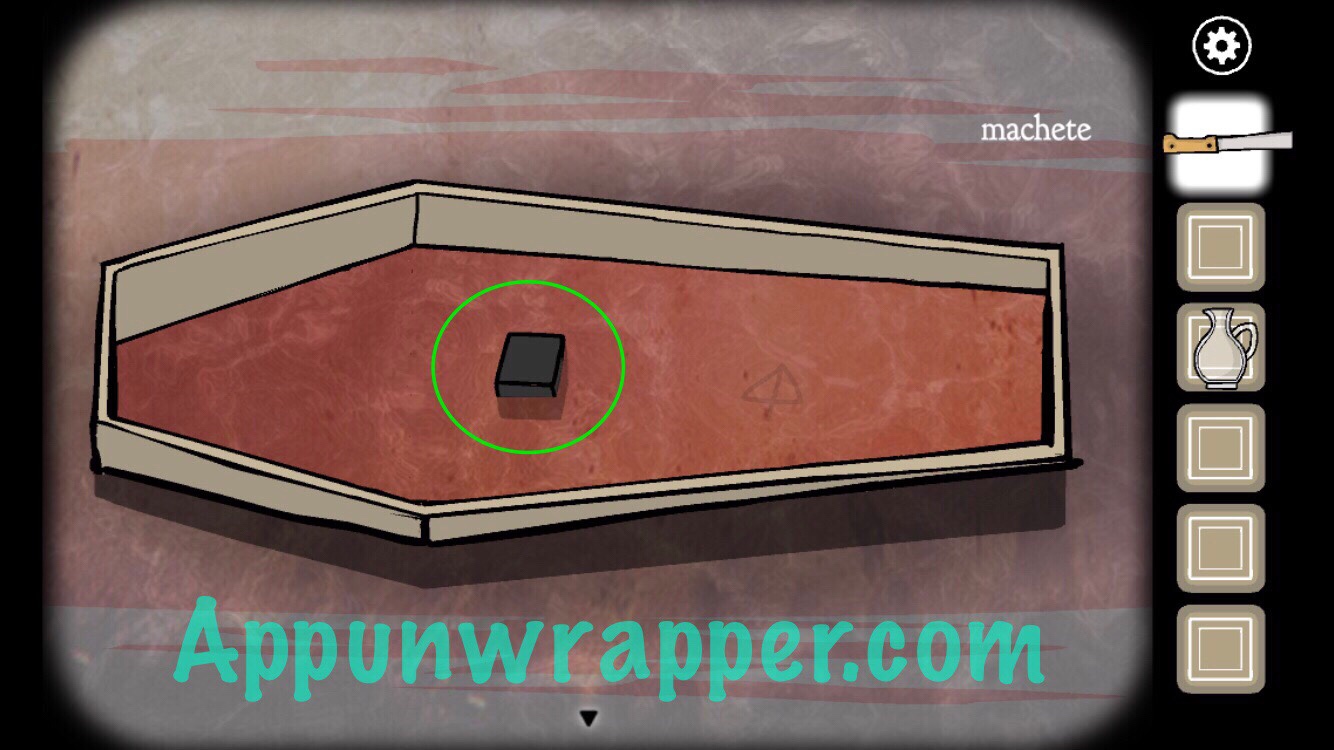 18. Go inside the temple. Open up the small gold box that’s hanging on a chain. Place the black cube inside and close it again. It will drop into the bloody water and everything will start flowing. Tap on the mural and tap on the glowing white cube. Then tap on the frogs to continue to the next plague. 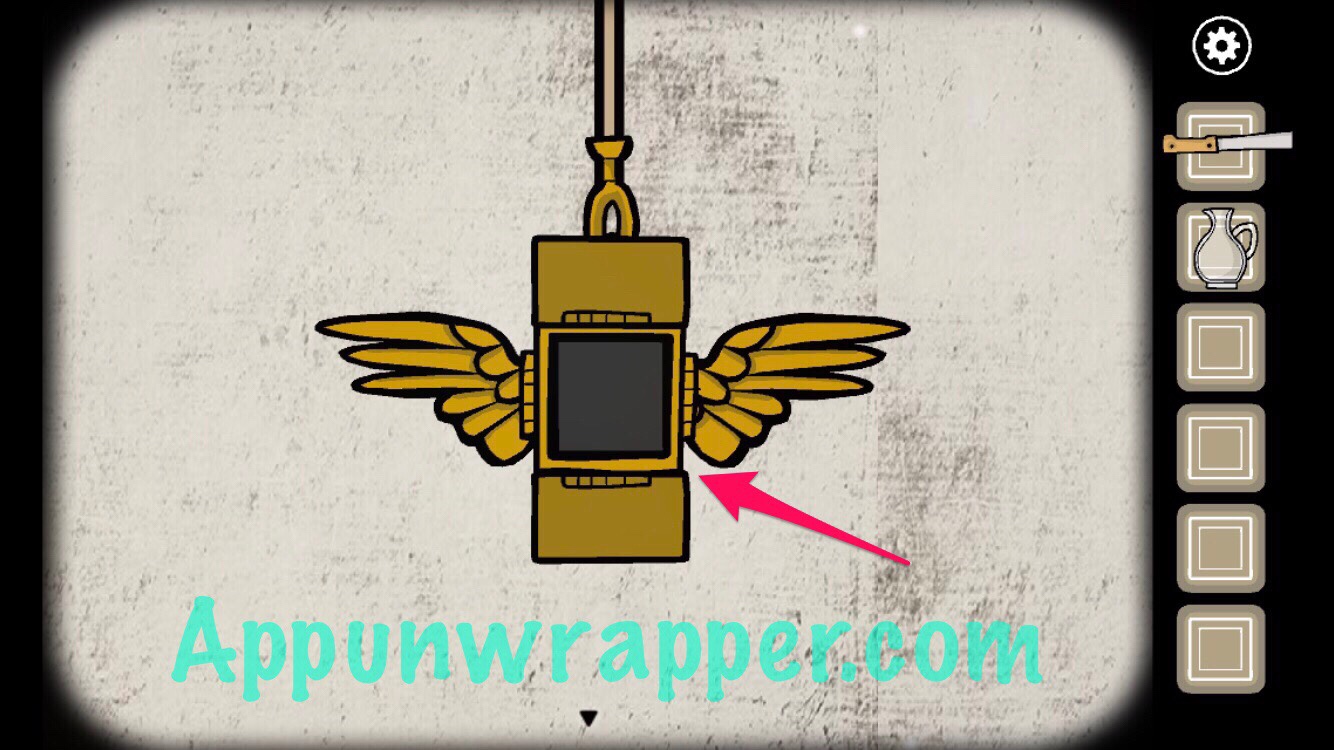 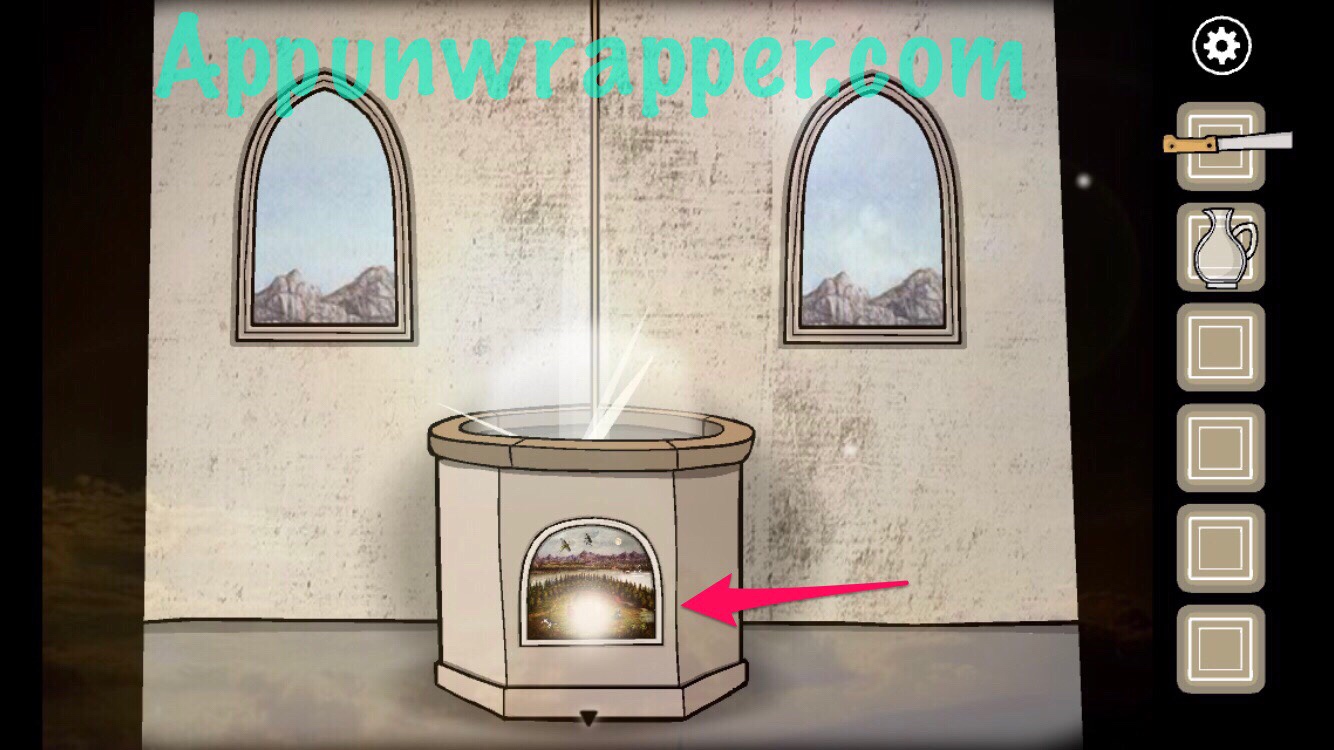