This is a complete step-by-step walkthrough guide with hints, tips, tricks, solutions and answers for the Second Plague of the iOS, Android and PC game, Rusty Lake Paradise. Feel free to ask for extra help in the comments section.

You can watch my video for this plague or continue below for my step-by-step guide.

1. Move right a bit and tap on the frog. You need to solve a series of puzzles where you have the frog leap from lily pad to lily pad, clearing them all before landing on the exit. Note that he can hop over lily pads, too. Pay attention to the lighter green pads, as they tell you which ones you can jump onto on each move. When you’re done, you’ll collect the frog. 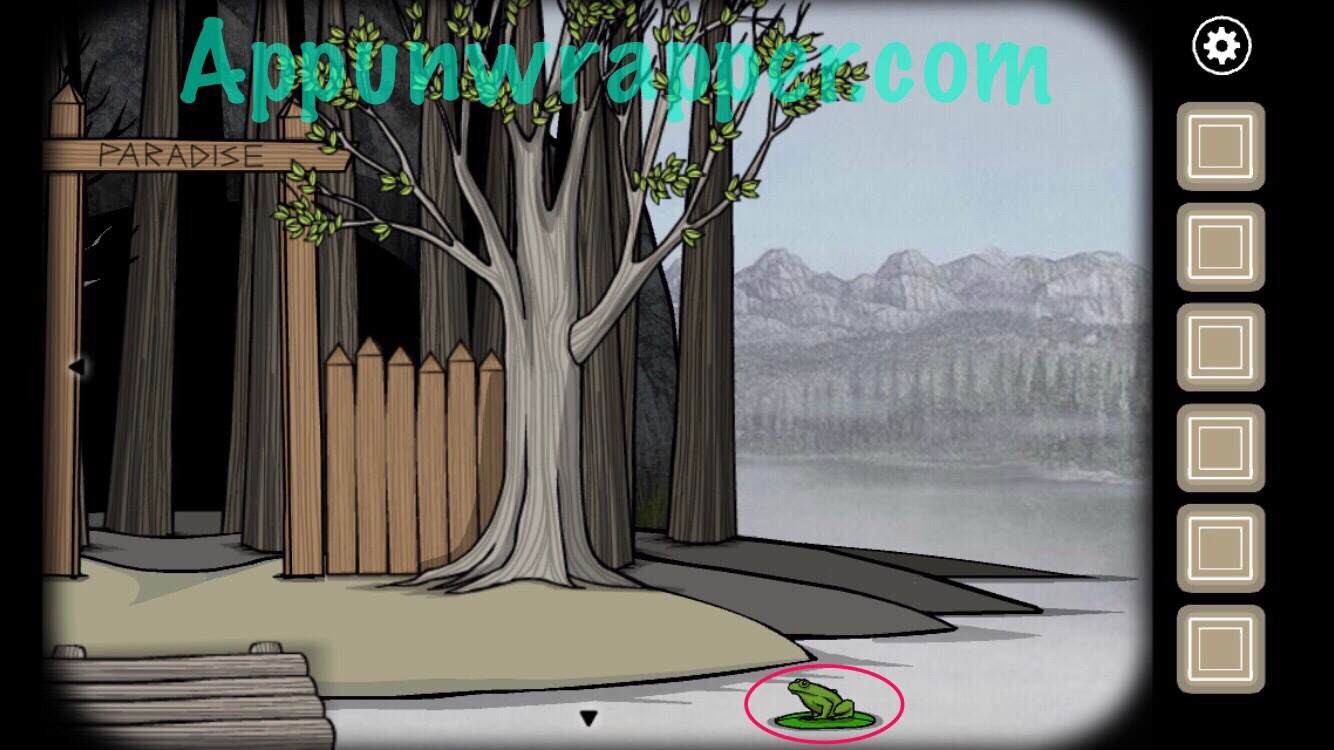 2. If you tap on the guy to the left, a frog pops out of his mouth and falls into his pants. So we’ll come back to that later. Go through the Paradise gate. Tap on the guy with the goatee until he swallows a key. We’ll have to come back to him later. 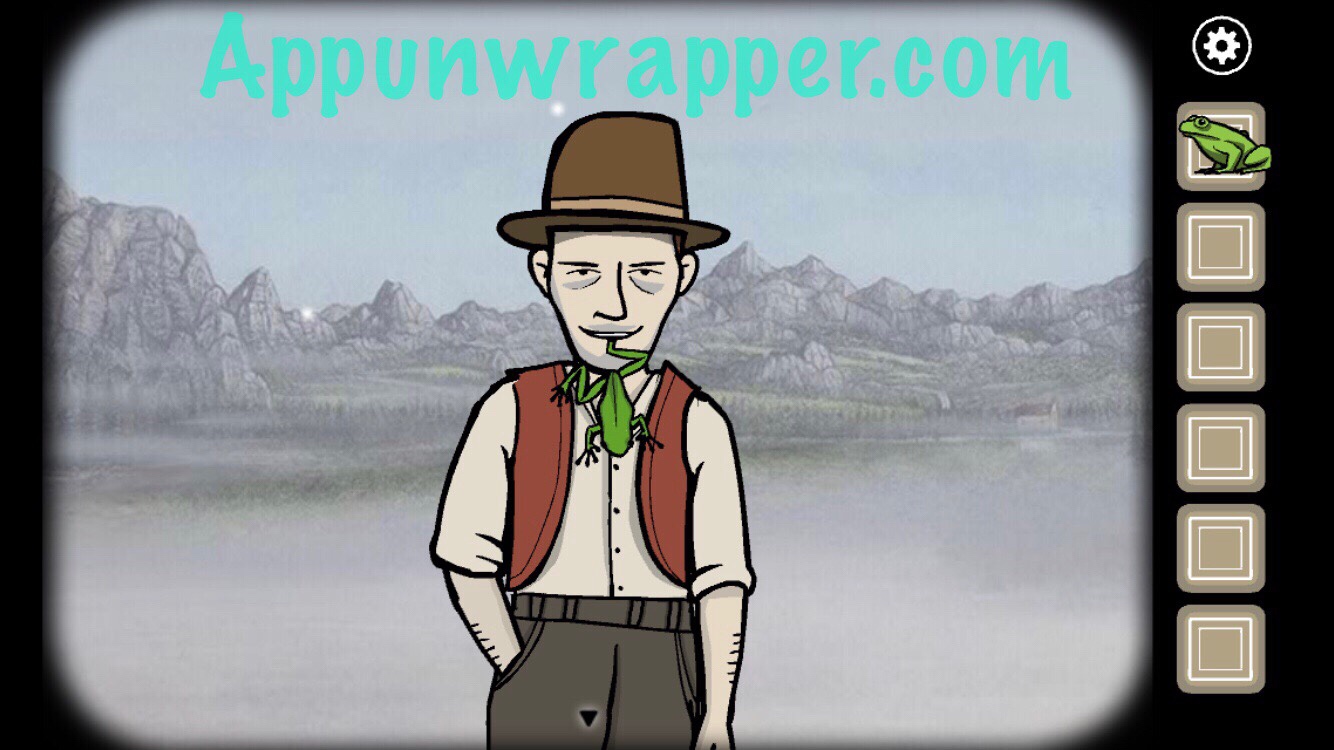 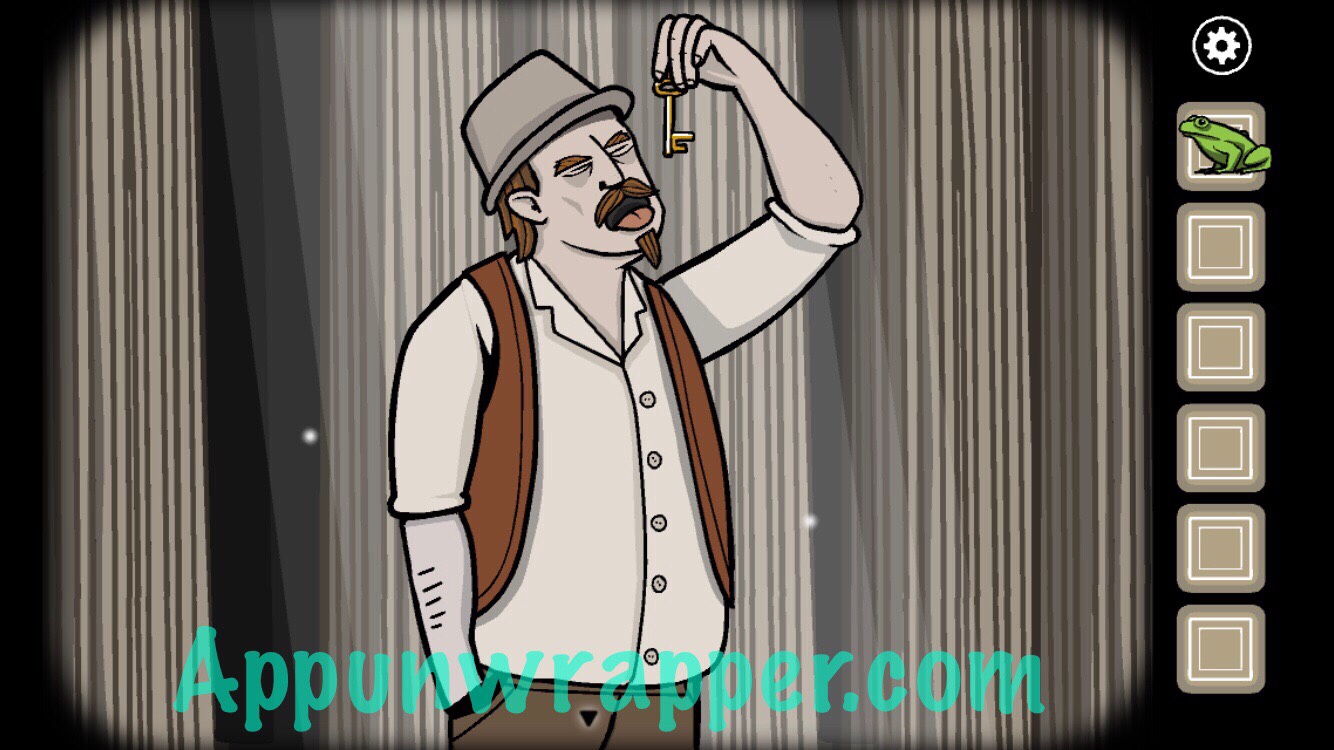 3. Go right and then deeper into the forest. Tap on the small pond and match each of the pits of frog eggs. Once they’re all gone. Take the frog. I color-coded them in the screenshot below for anyone having trouble with this. 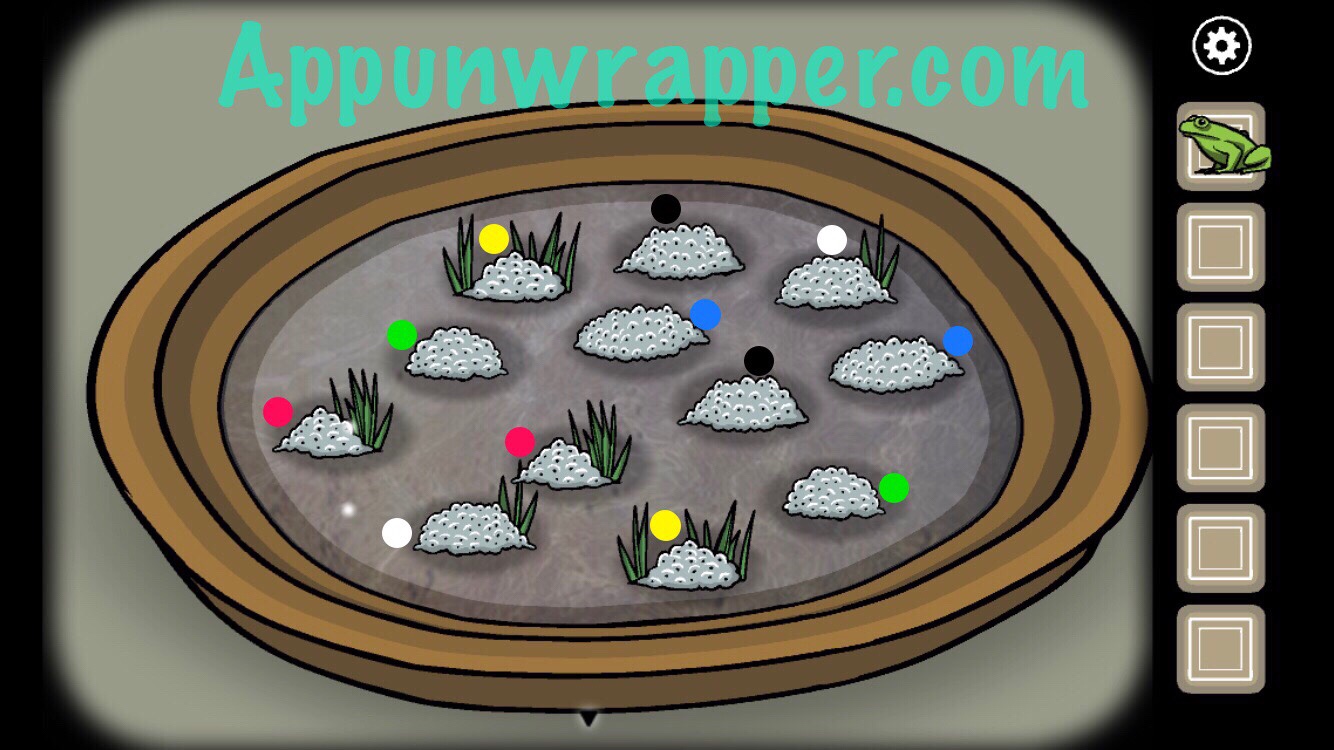 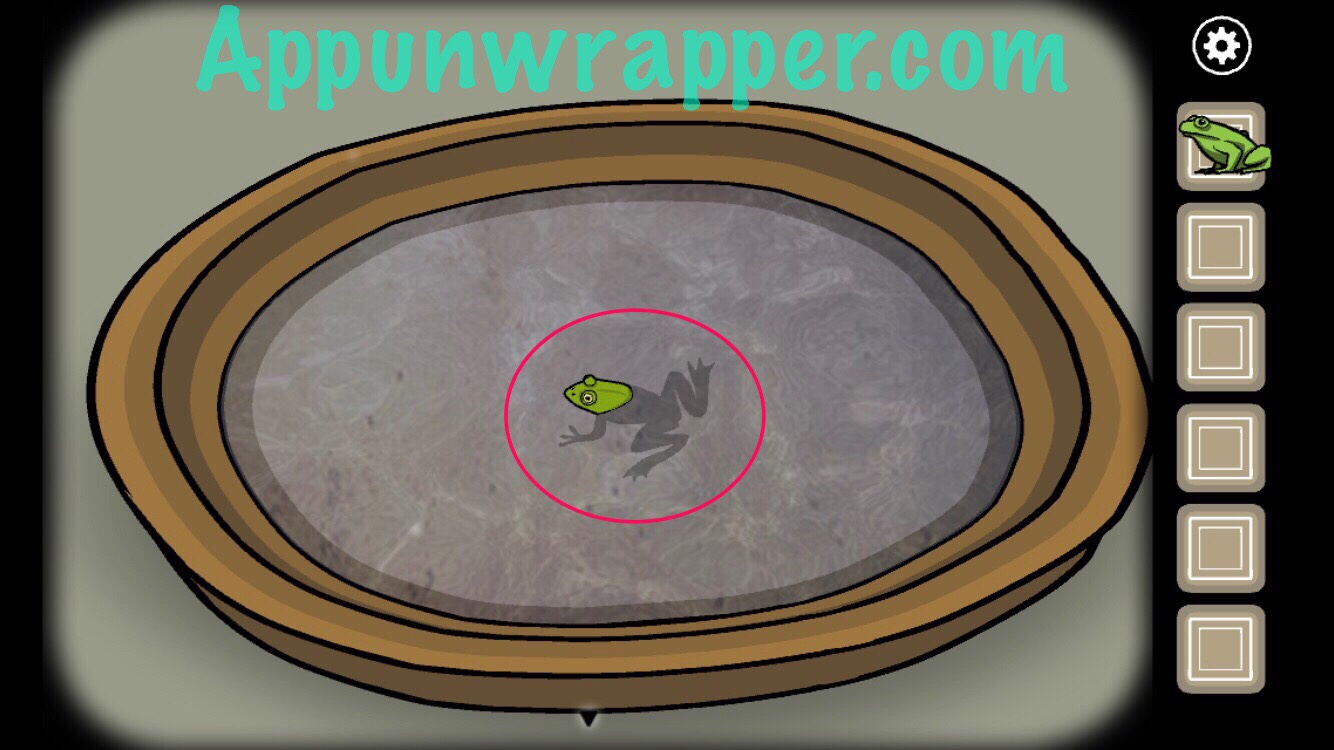 4. You need to come back to the woman later, so head left and deeper into the forest. Enter the hut and take the bowl and candle. You can also talk to grandma to learn she needs four frogs for her stew. 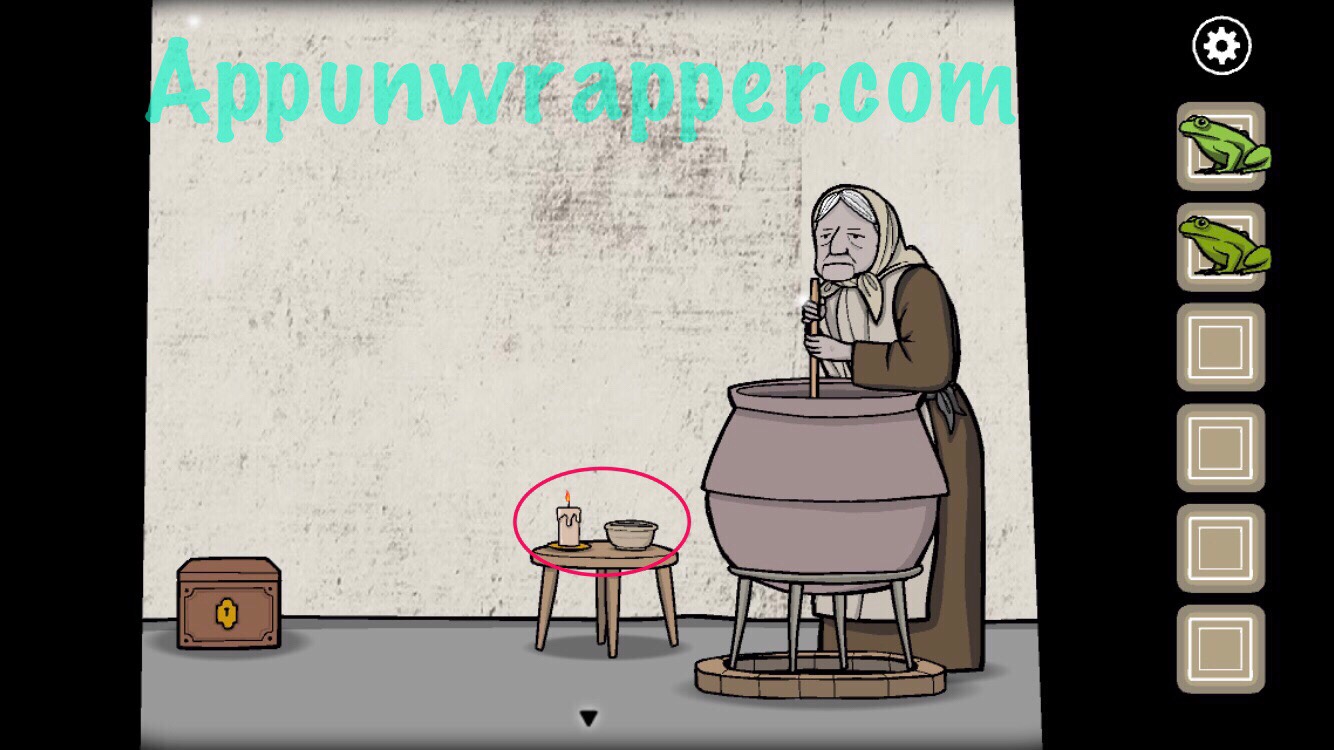 5. Leave the hut and go right and through the doorway. Pick up the pile of wood and enter the temple. 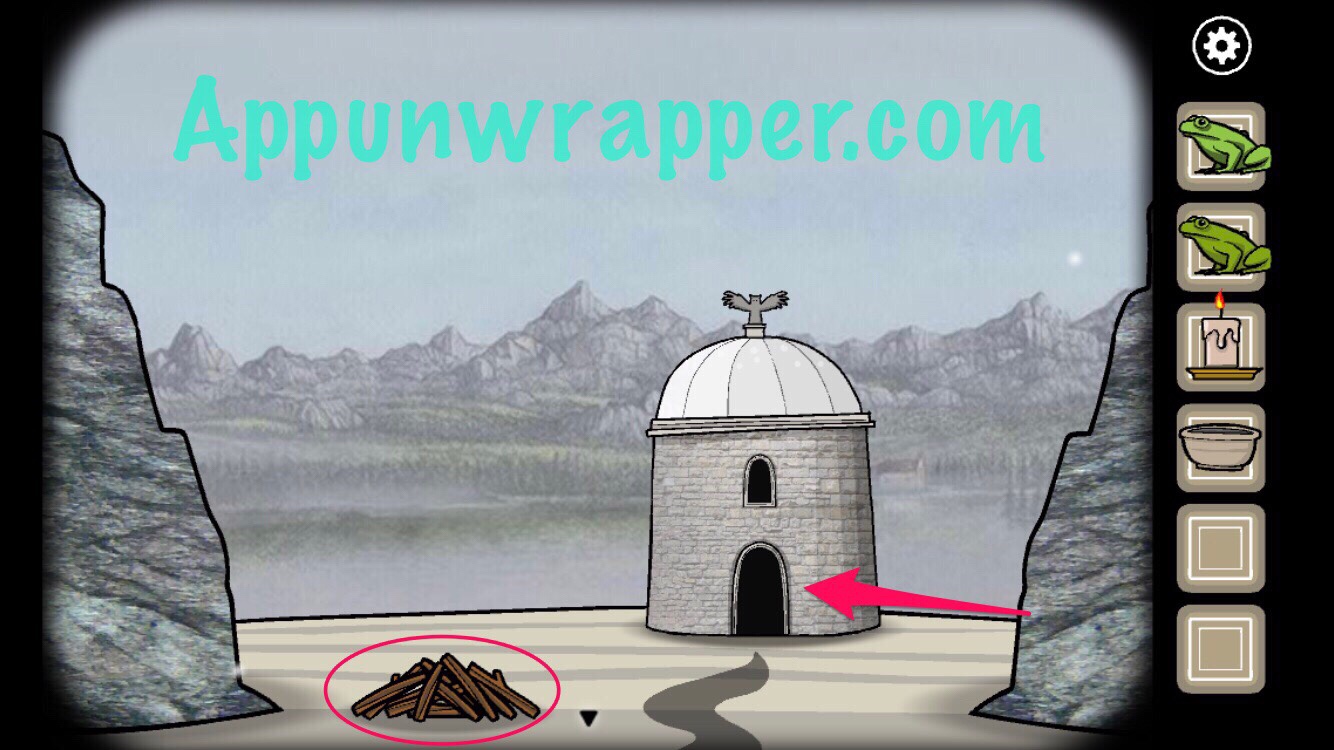 6. Pick up the belt. Rotate the discs on the small cabinet to line up the markings. Open it and take the frog flute. 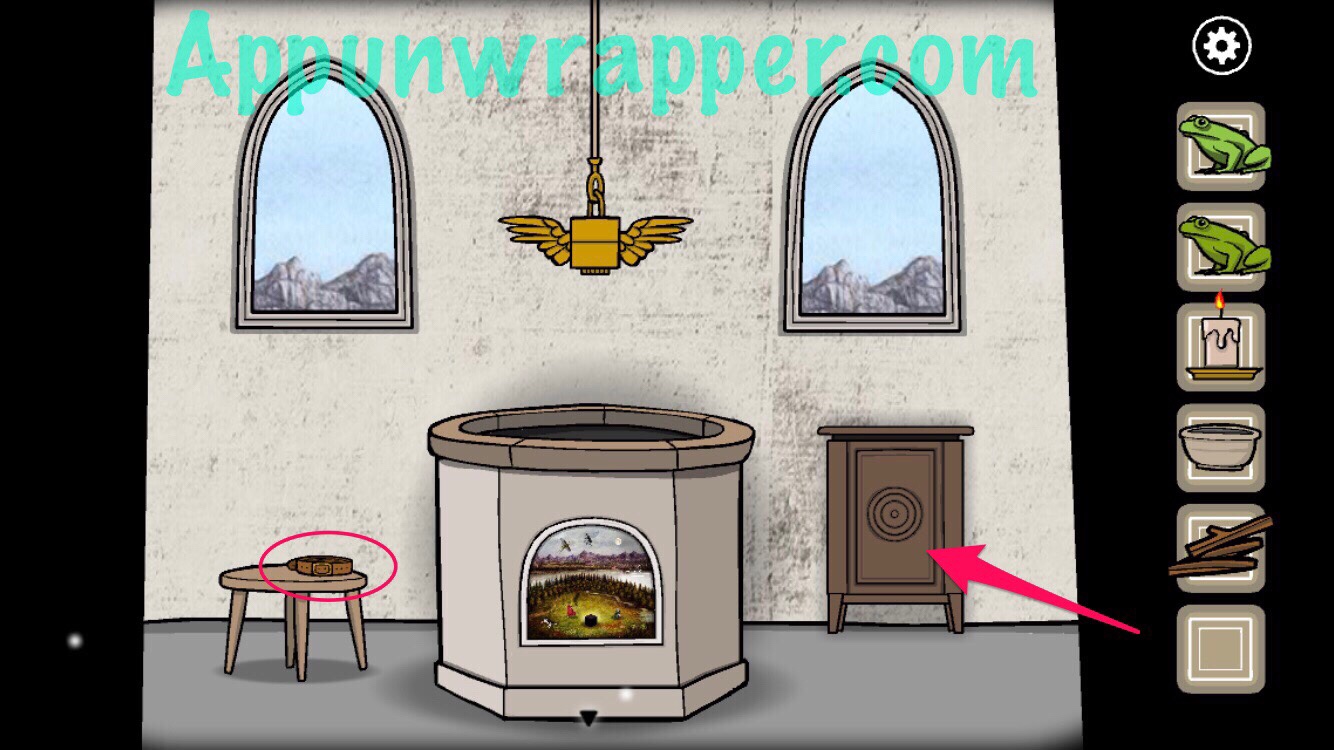 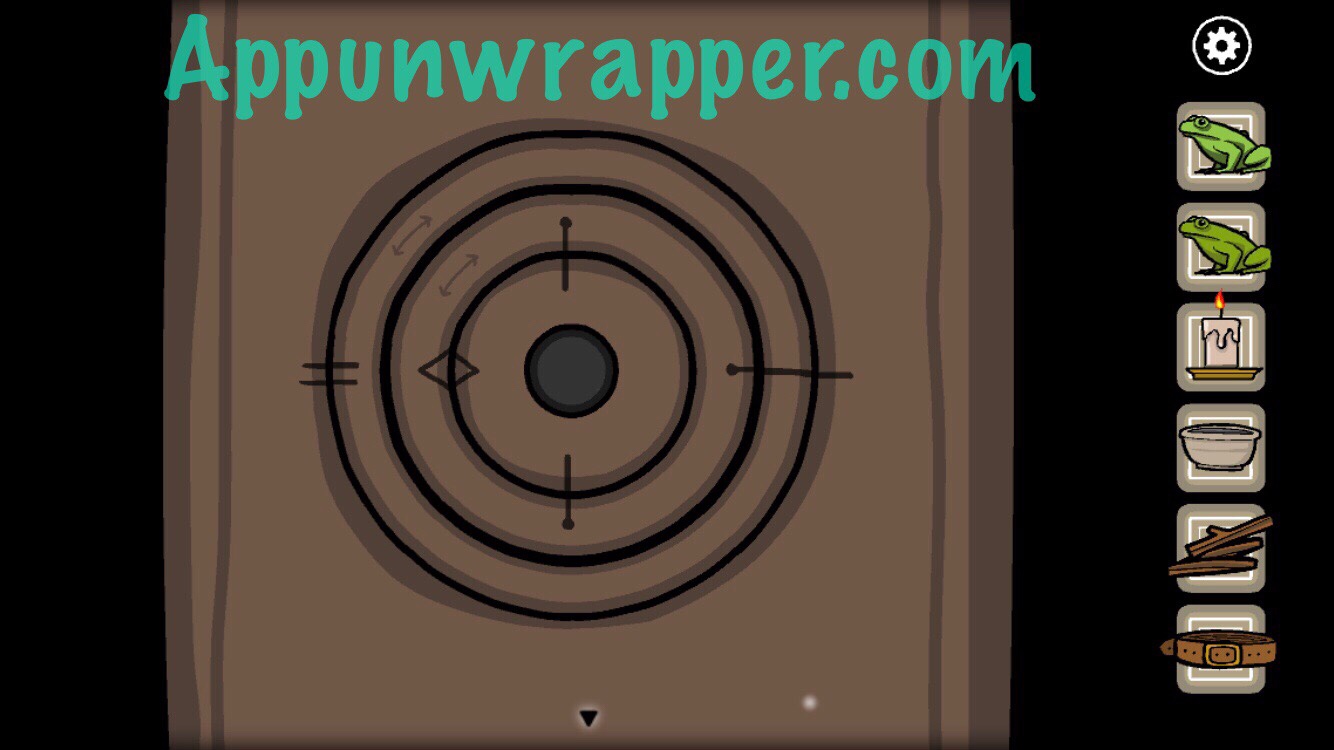 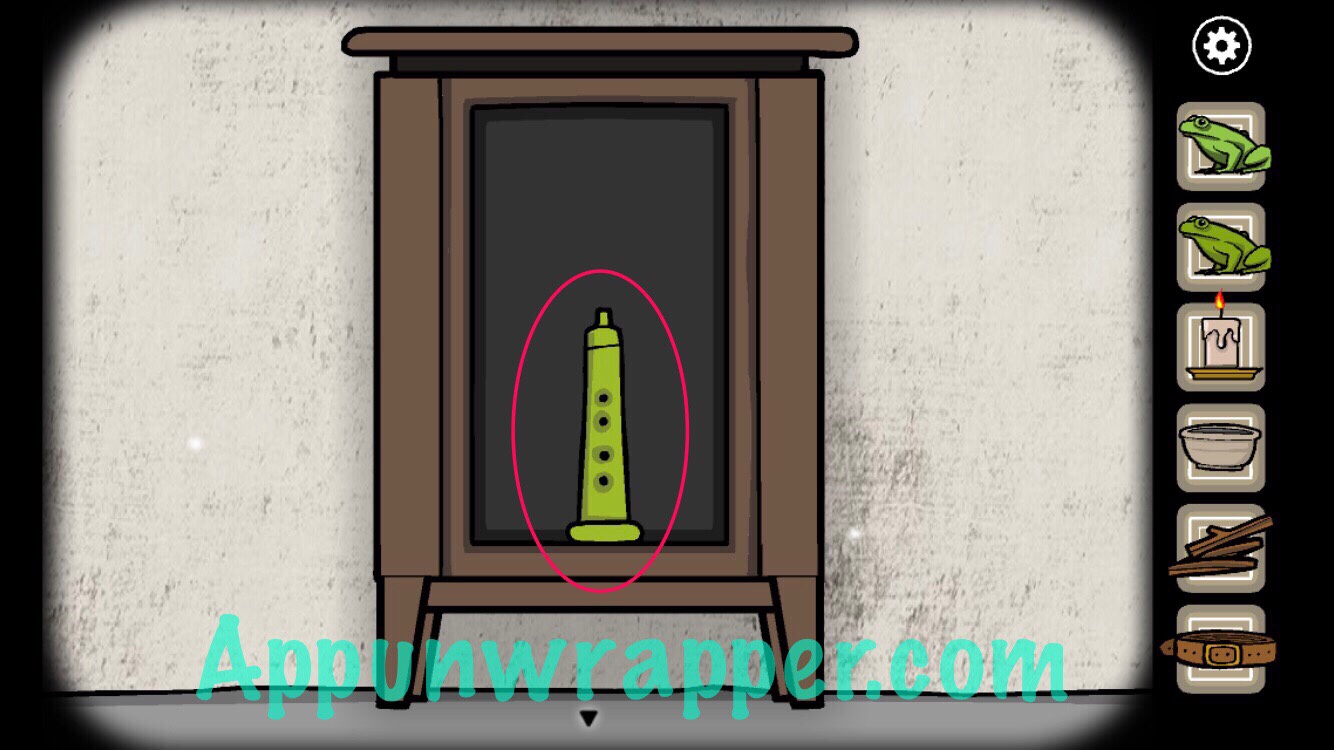 7. Go back to your sister, the woman with the frog on her head, and give her the flute. If you tap the frog, it croaks a sequence out of two different notes. You need to copy the sequence by tapping the woman’s right and left hands for the two notes. If you’re kind of tone deaf, there’s a visual aid as well. Tap her right hand (your left) for the notes on the left and her left hand (your right) for the notes on the right. You can also follow my numbers on the screenshots below. Take the frog once she opens her eyes. 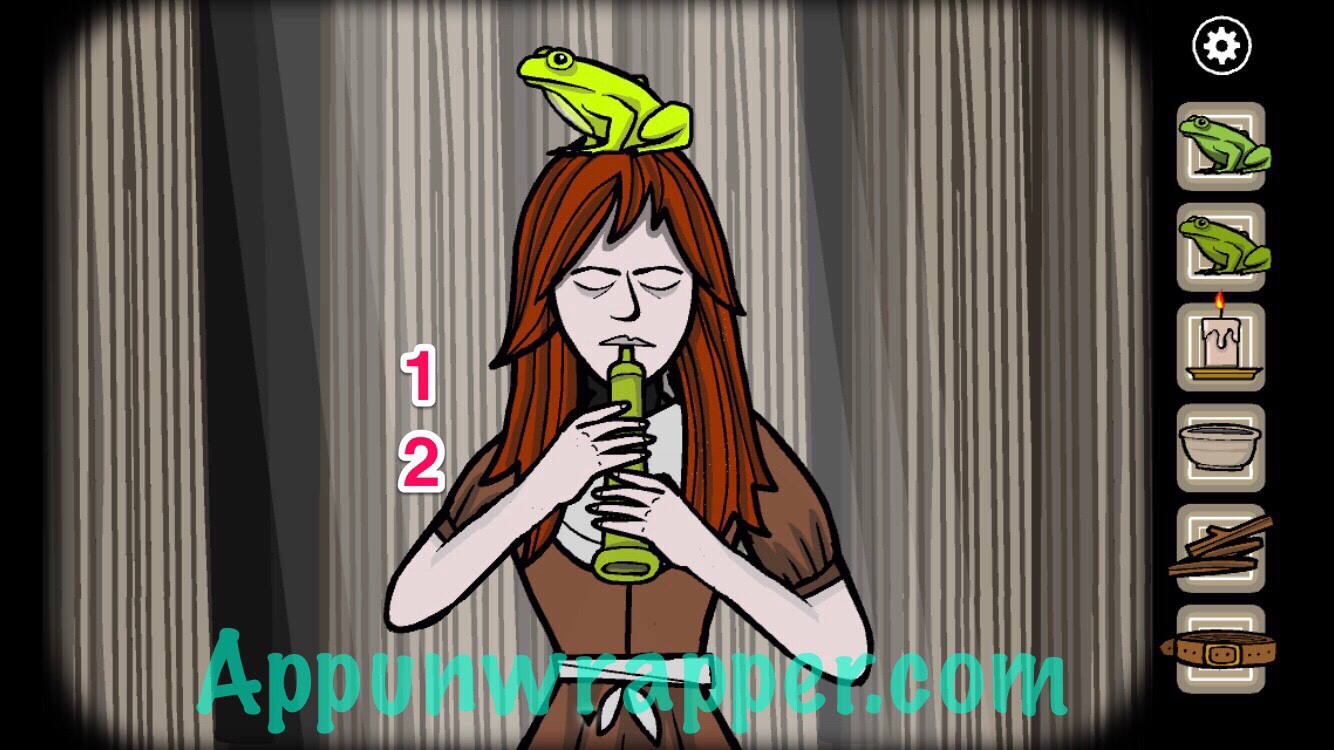 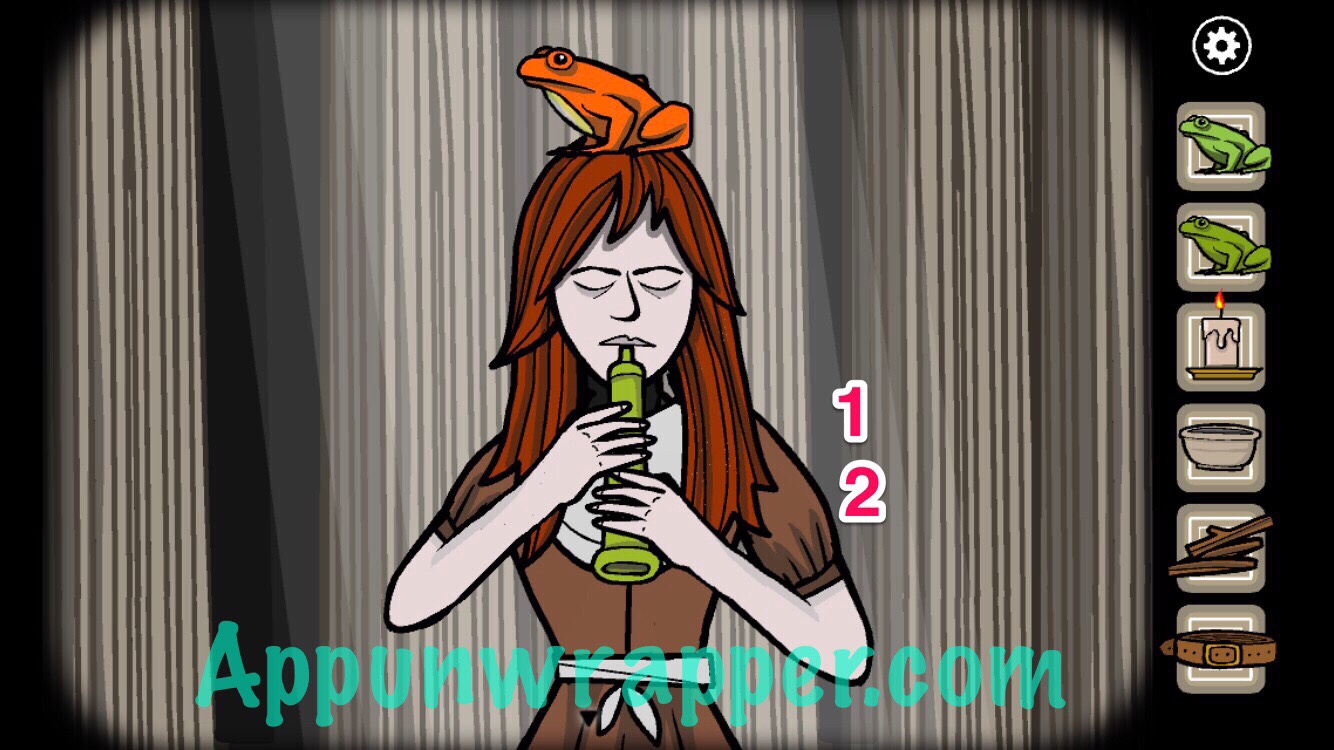 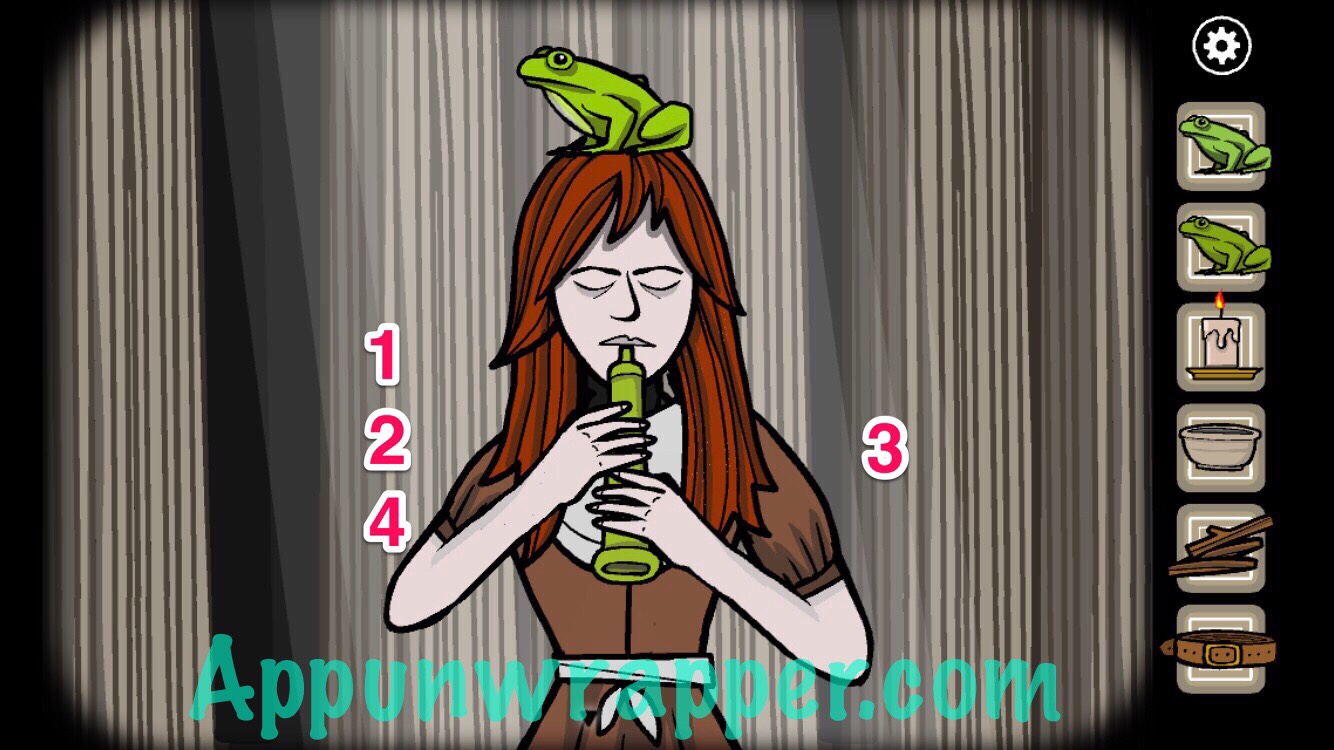 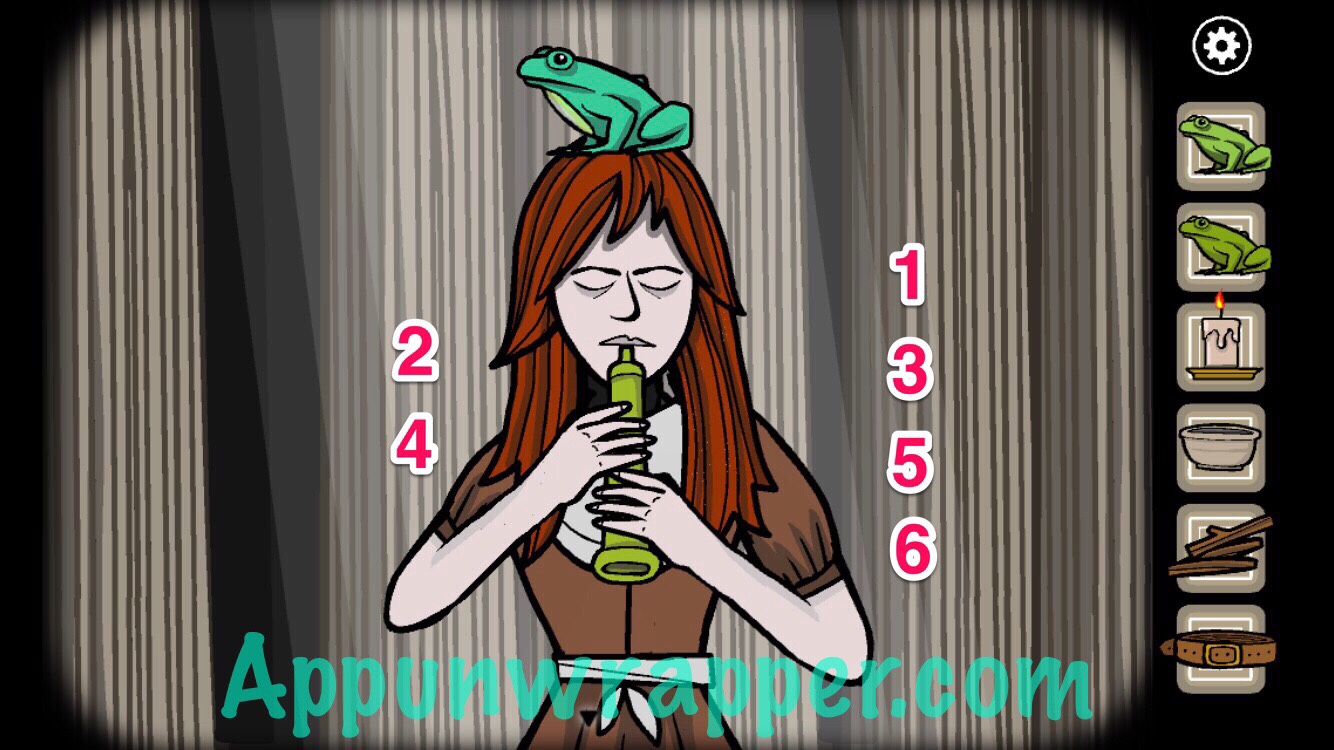 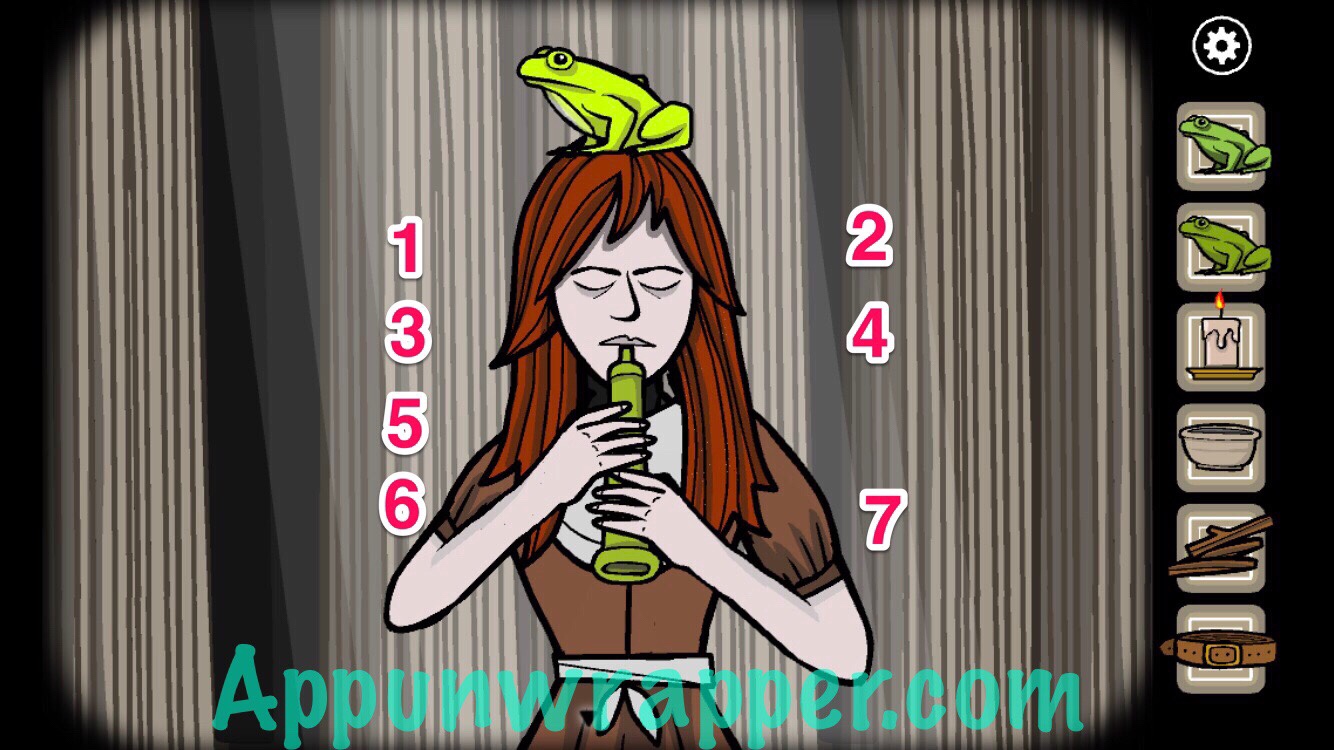 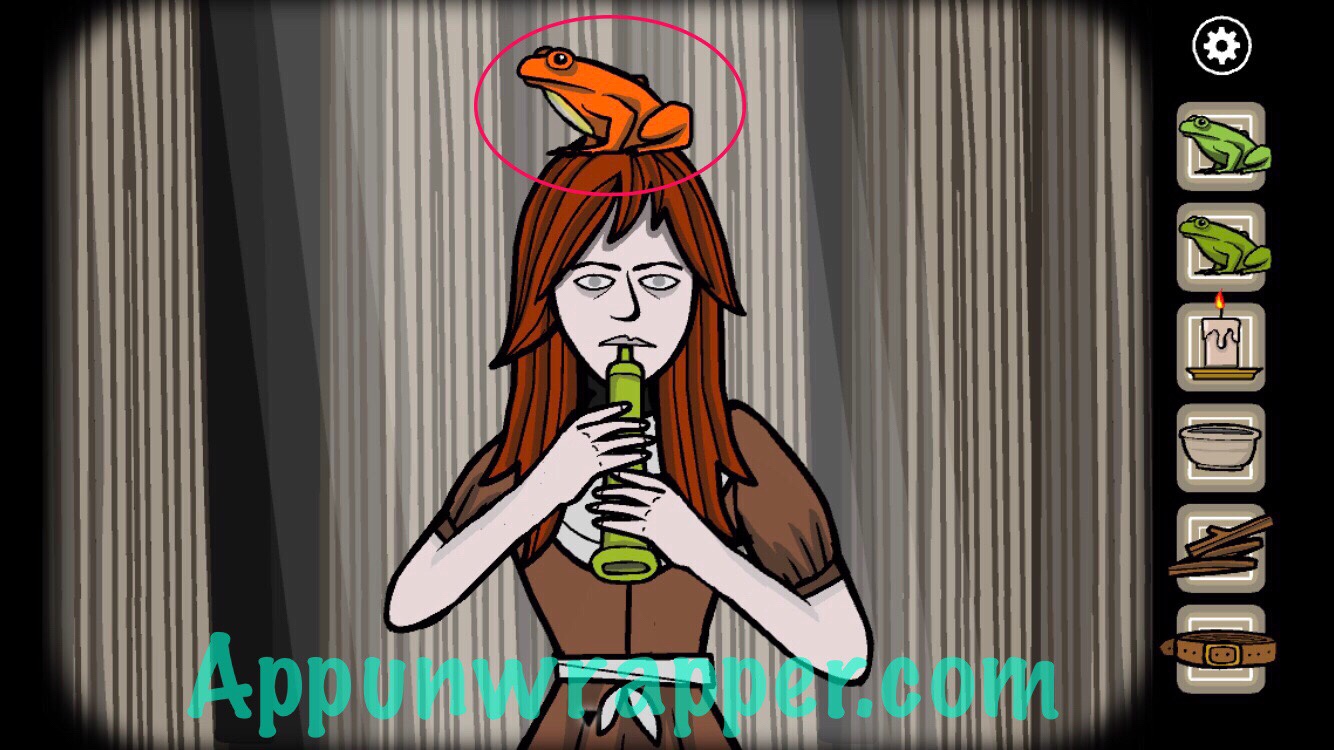 8. Go back to the beginning and put the belt on the guy who keeps coughing up frogs. This time, the frog won’t be able to get down his pants, so you can grab it. 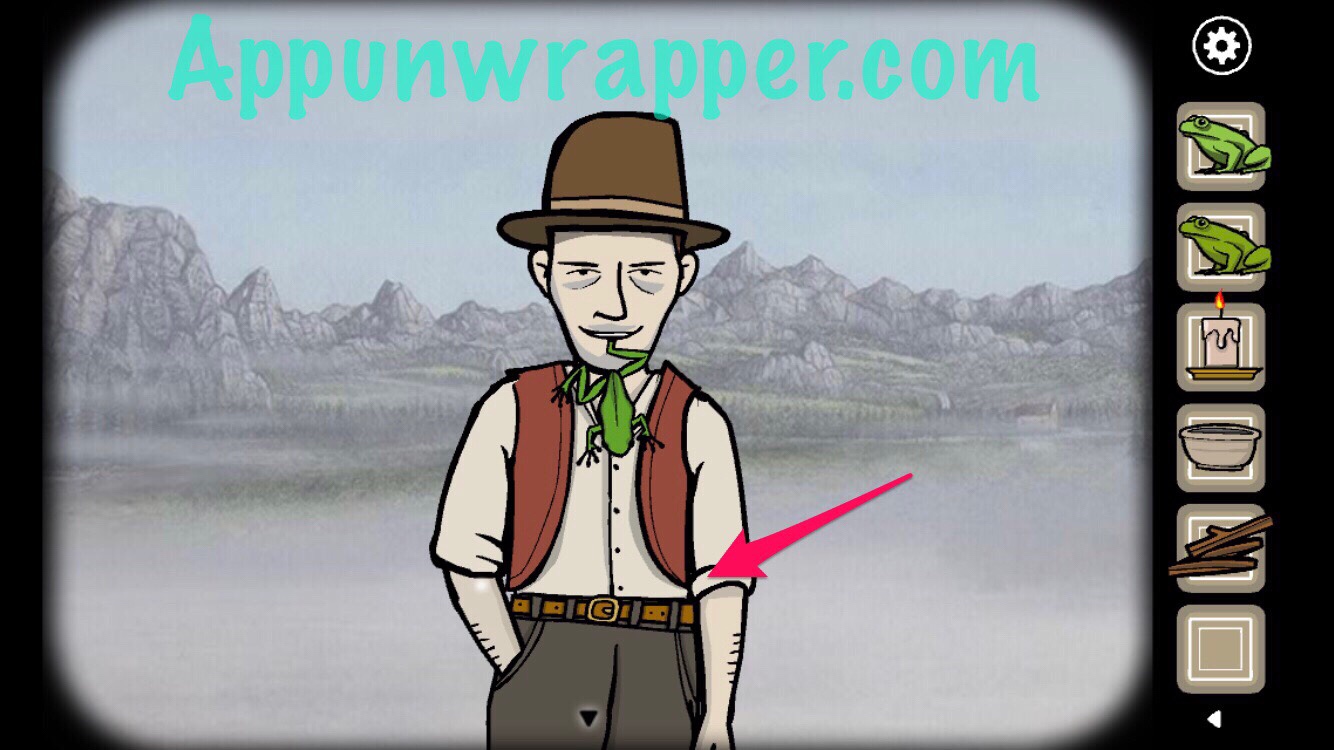 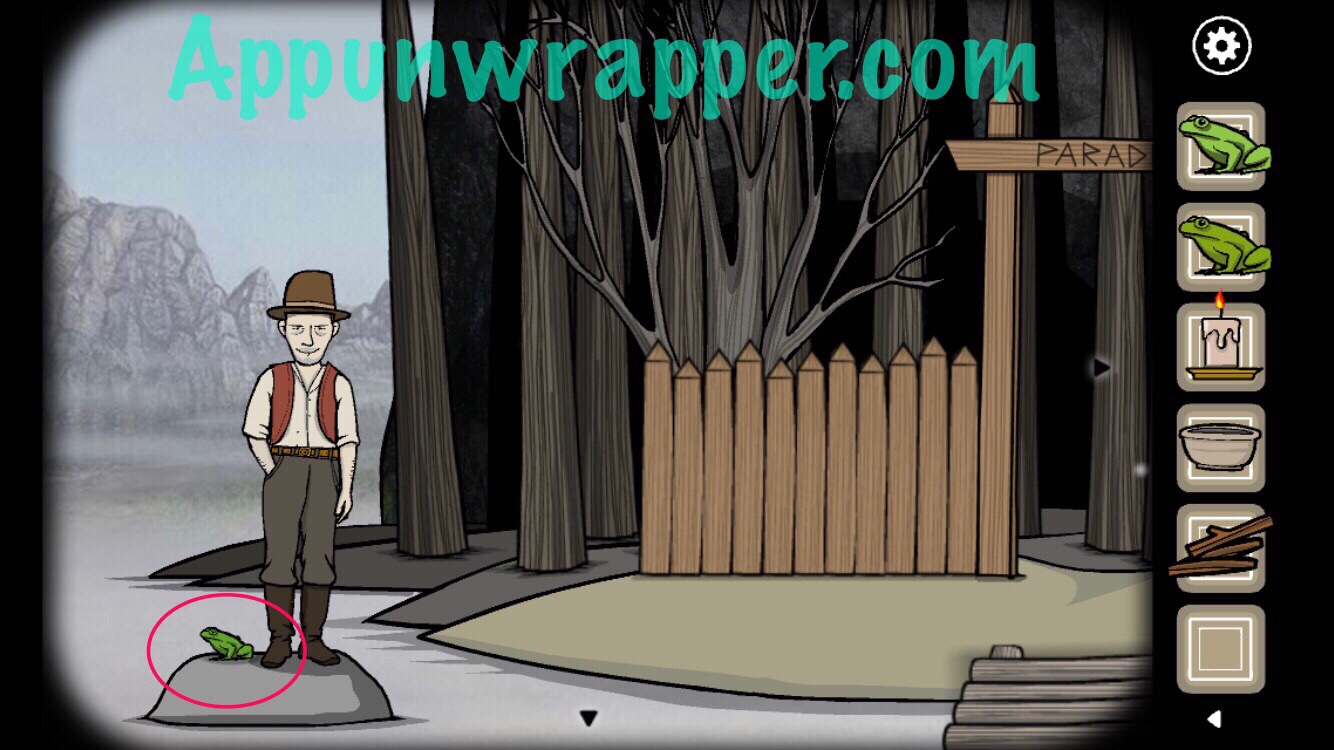 9. Now you have all four frogs and can take them to Granny. Place the wood under the cauldron and use the candle to light it. Then drop all four frogs into the pot and have her cook them into a soup. Fill the bowl with some frog soup. 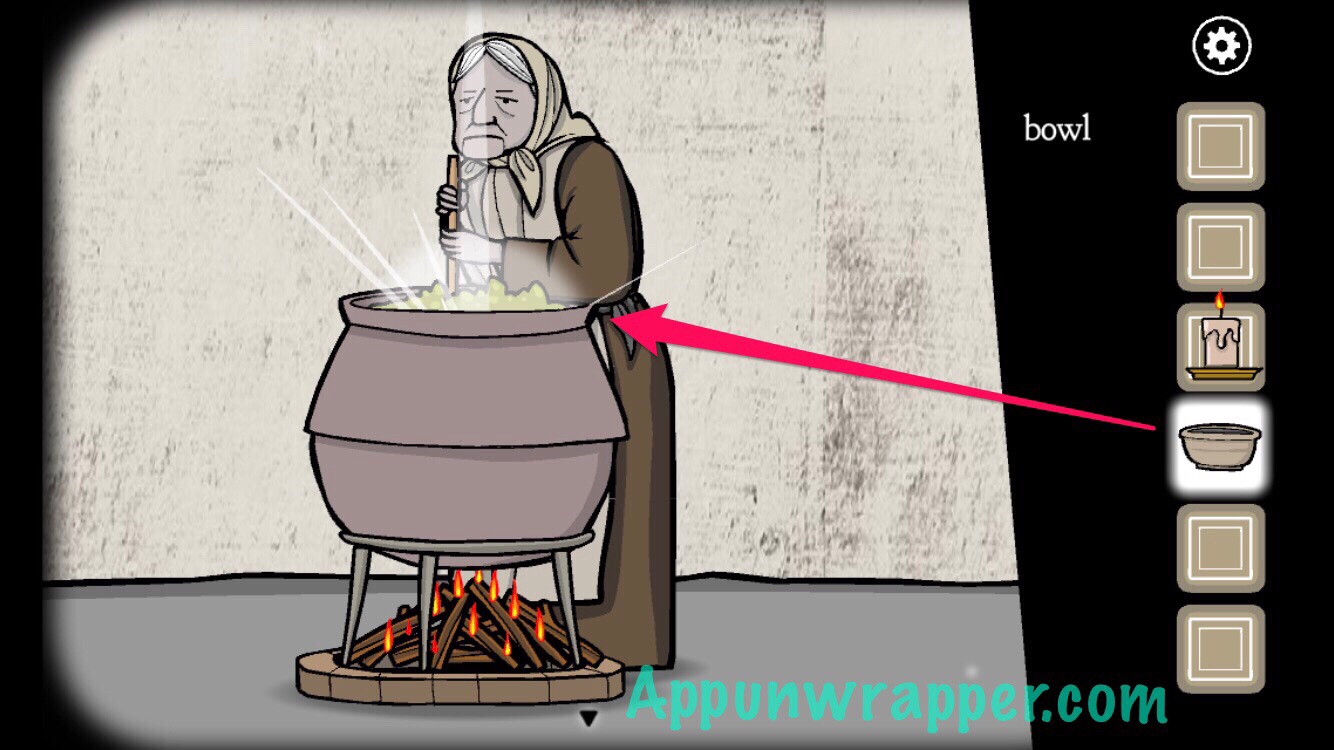 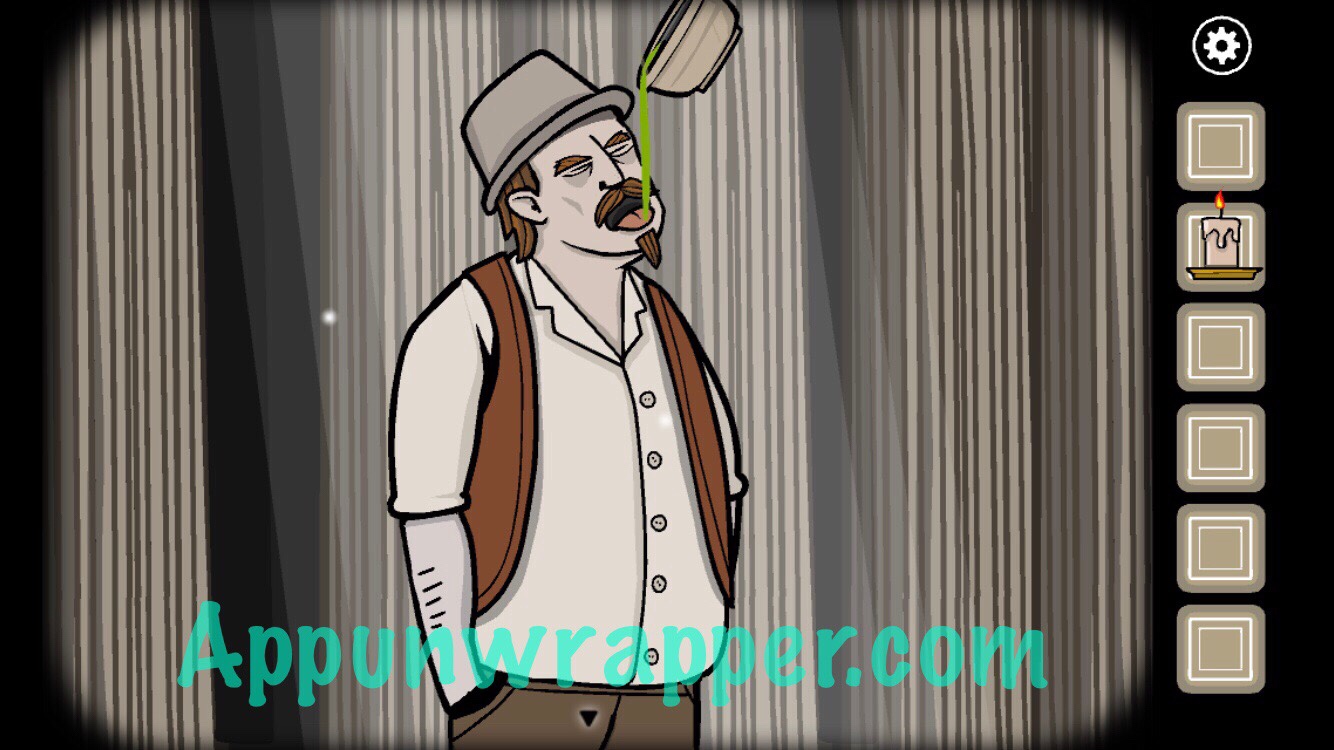 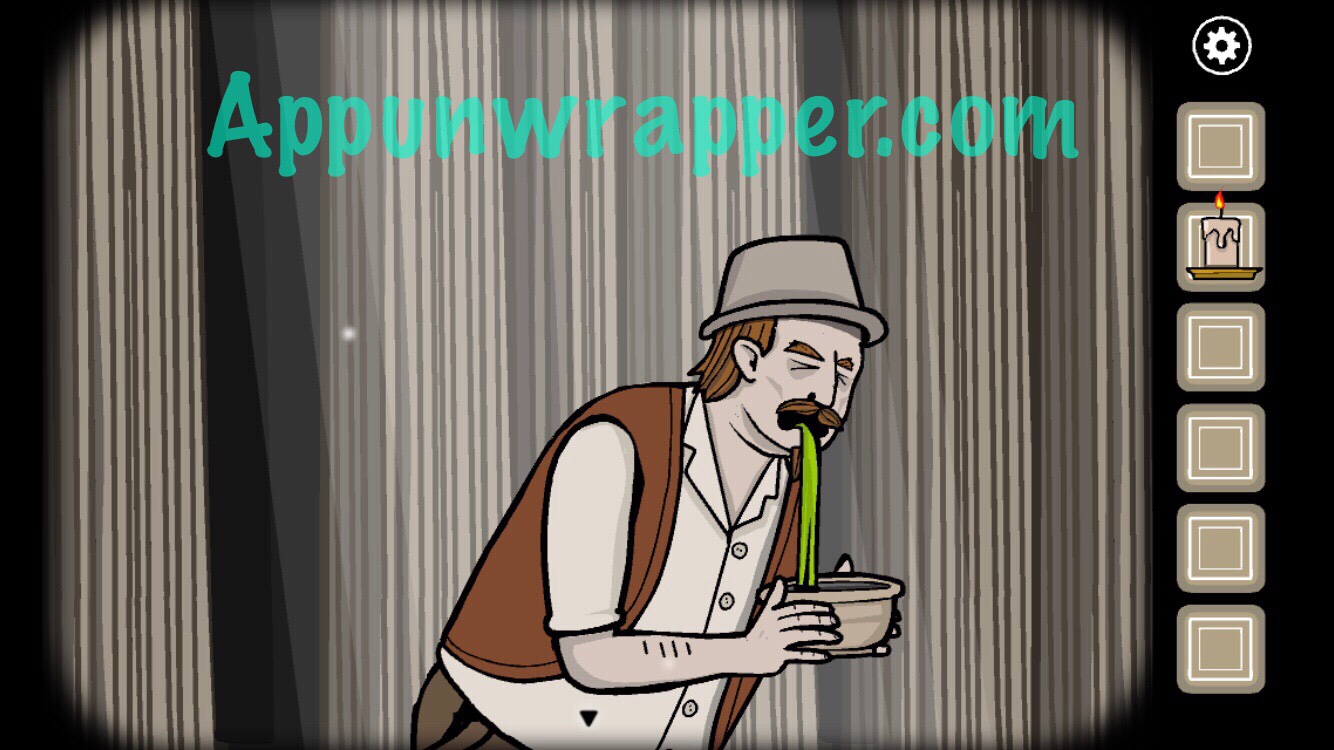 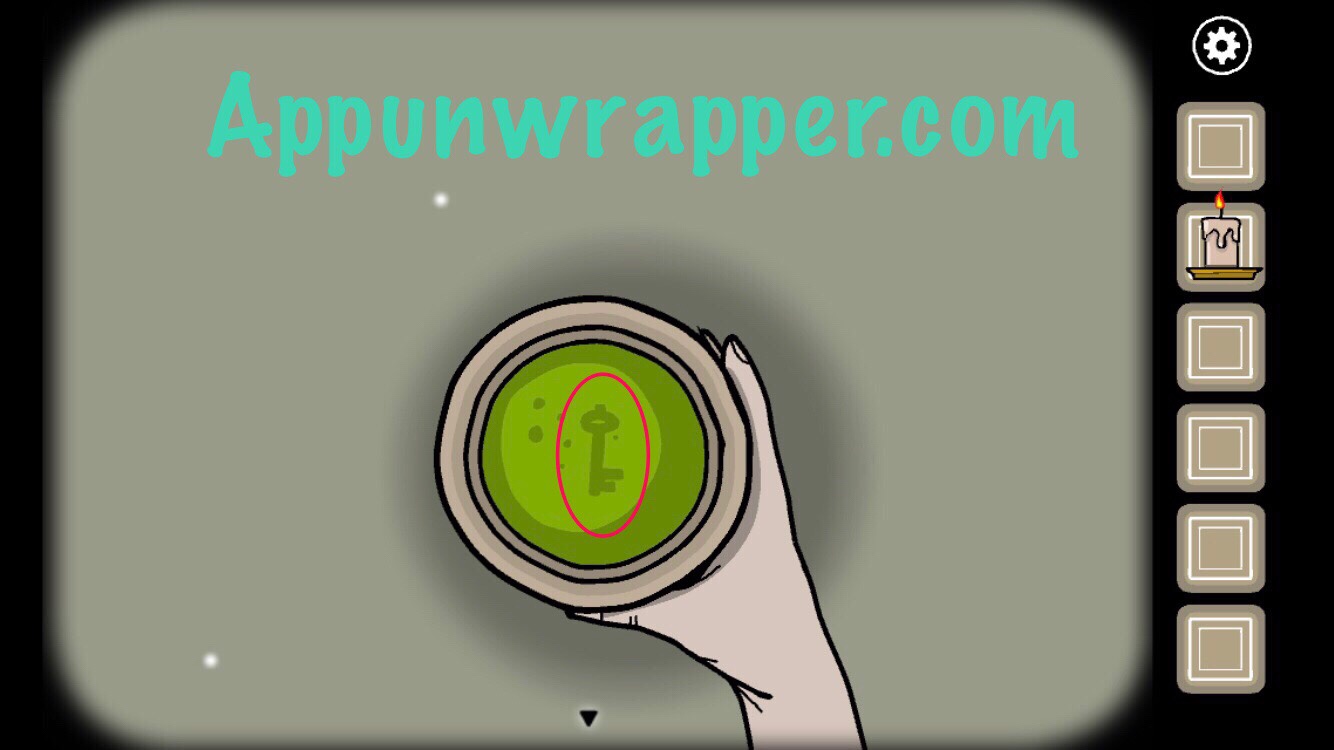 11. Go back to the hut. Inside is a little locked box. Use the key to open it and take the black cube from inside. 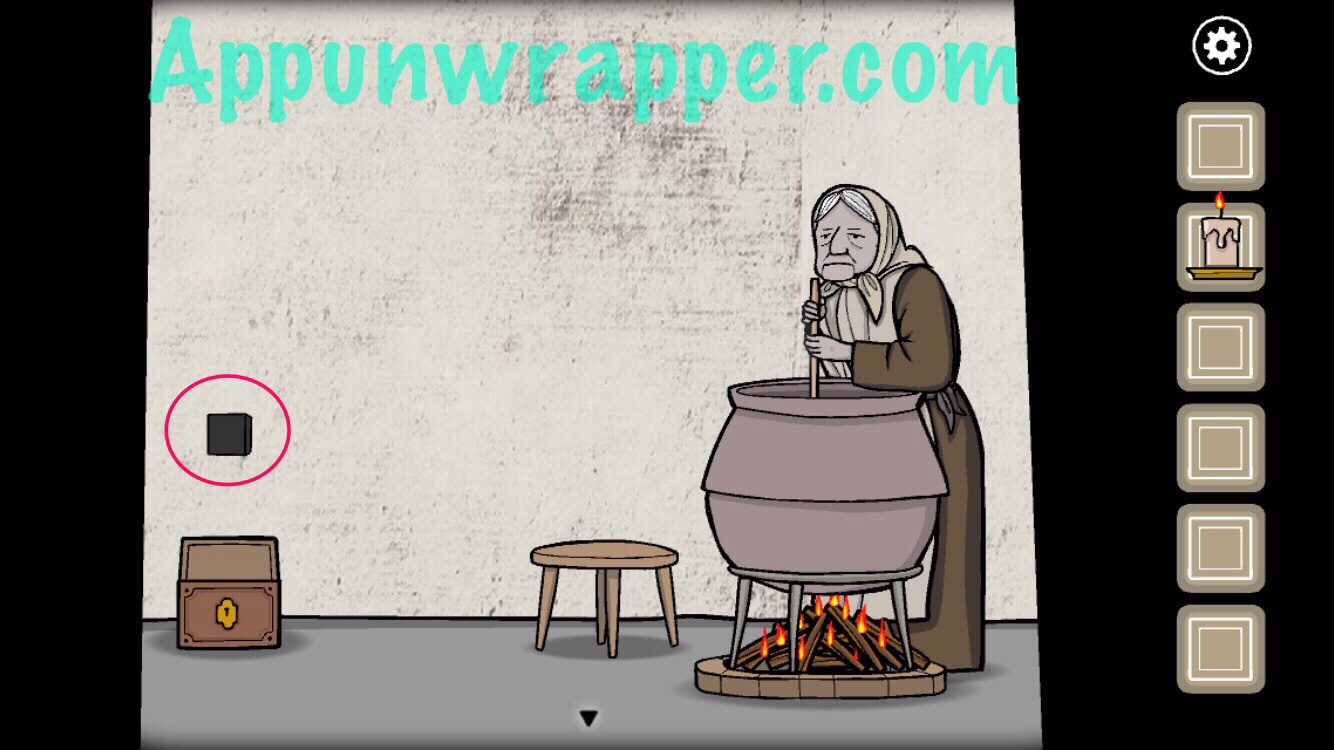 12. Go back to the temple and place the black cube on the chain to complete the level.