This is a complete step-by-step walkthrough guide with hints, tips, tricks, solutions and answers for the Third Plague of the iOS, Android and PC game, Rusty Lake Paradise. Feel free to ask for extra help in the comments section.

You can watch my video for this plague or continue below for my step-by-step guide.

1. Pick up the fly swatter and notice the symbol on the rock. There’s also some squishy thing stuck to the other rock and another symbol. 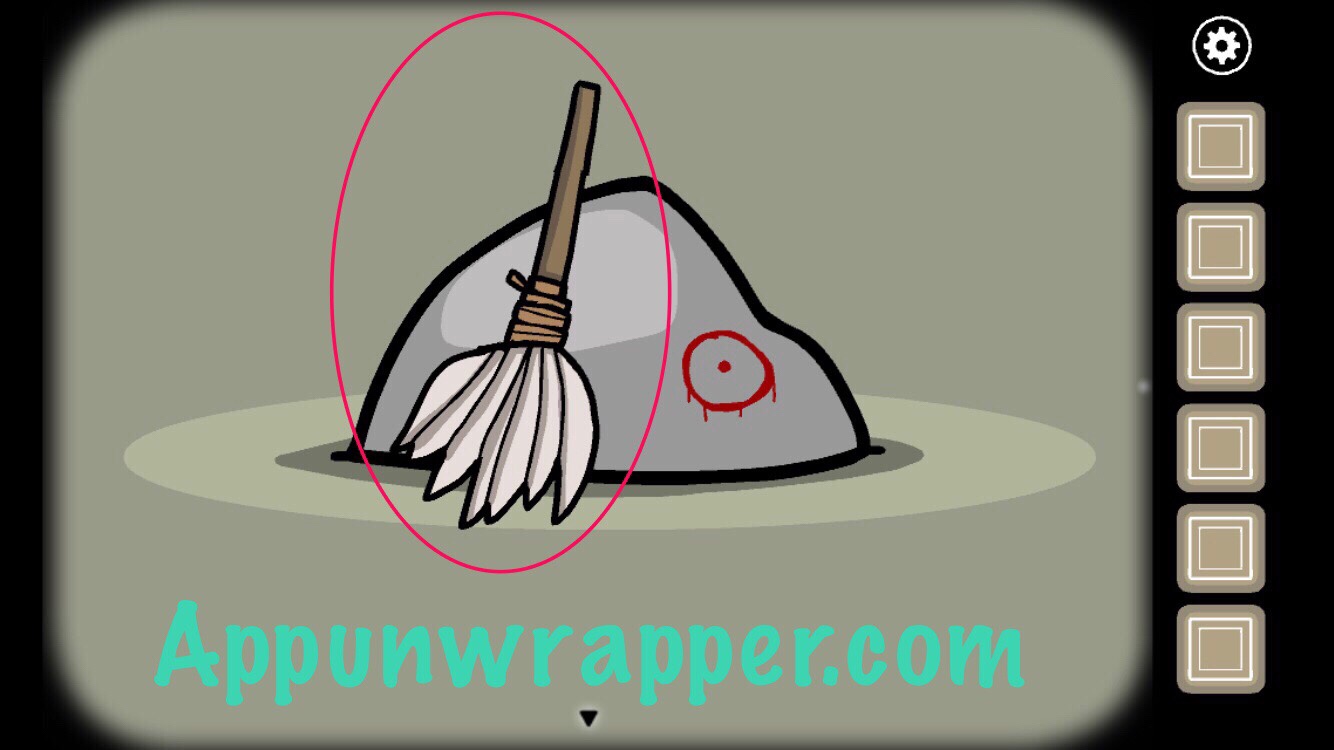 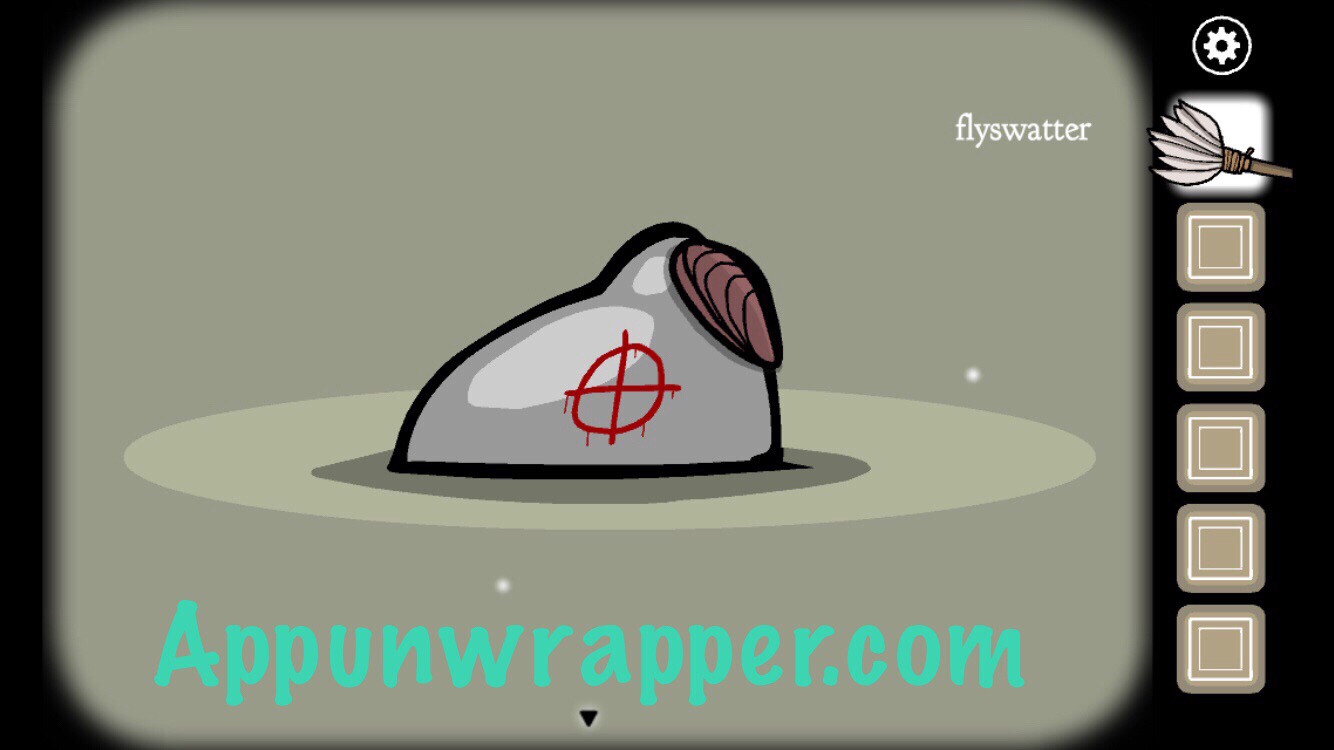 2. Head through the Paradise gate. Head right, past the Venus fly trap and deeper into the forest. Ignore the pile of dirt for now and head left until you see a beehive in a tree. Zoom in on it. Tap on any of the holes and a bee will fly out from a specific one. You then need to tap on hat hole and another bee will fly out from another hole. Tap on that one, and so on until all the bees are out of the hive. Then take the honey. 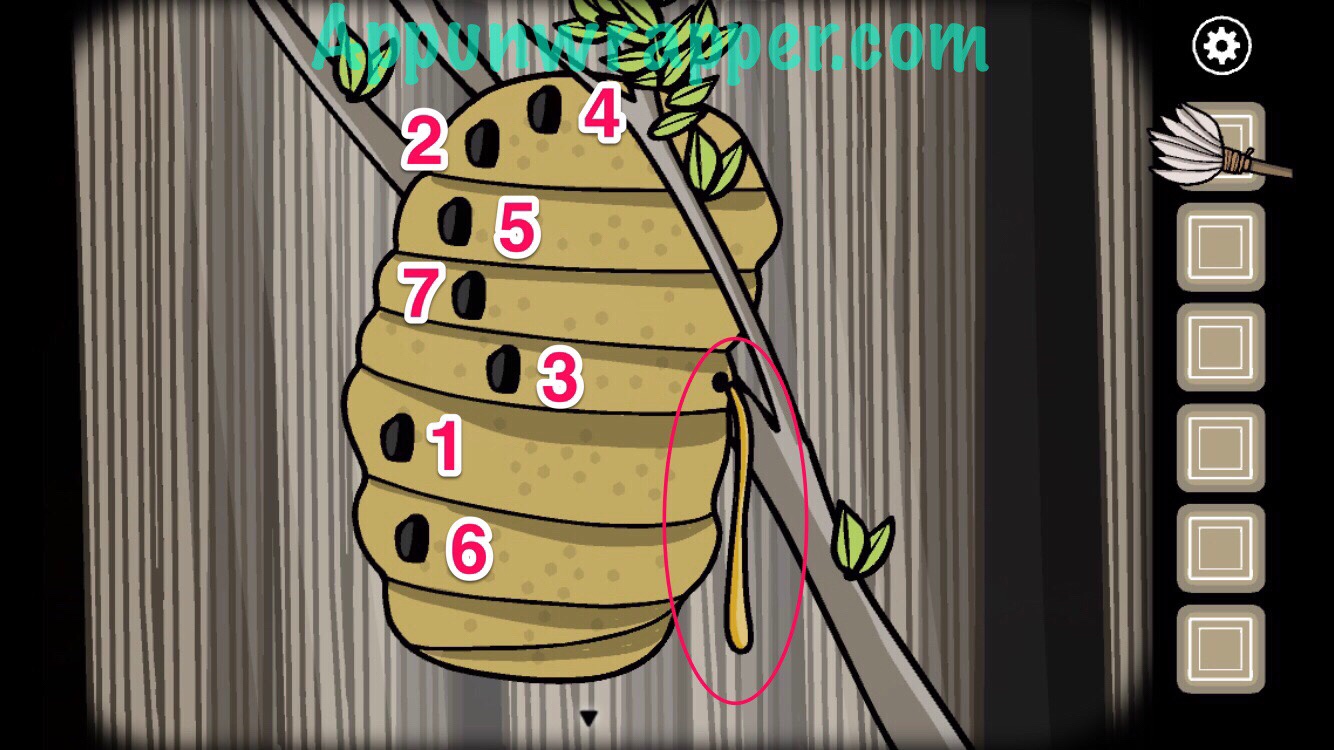 3. Continue deeper into the forest to the hut. Go inside. Pick up the shovel and leave. 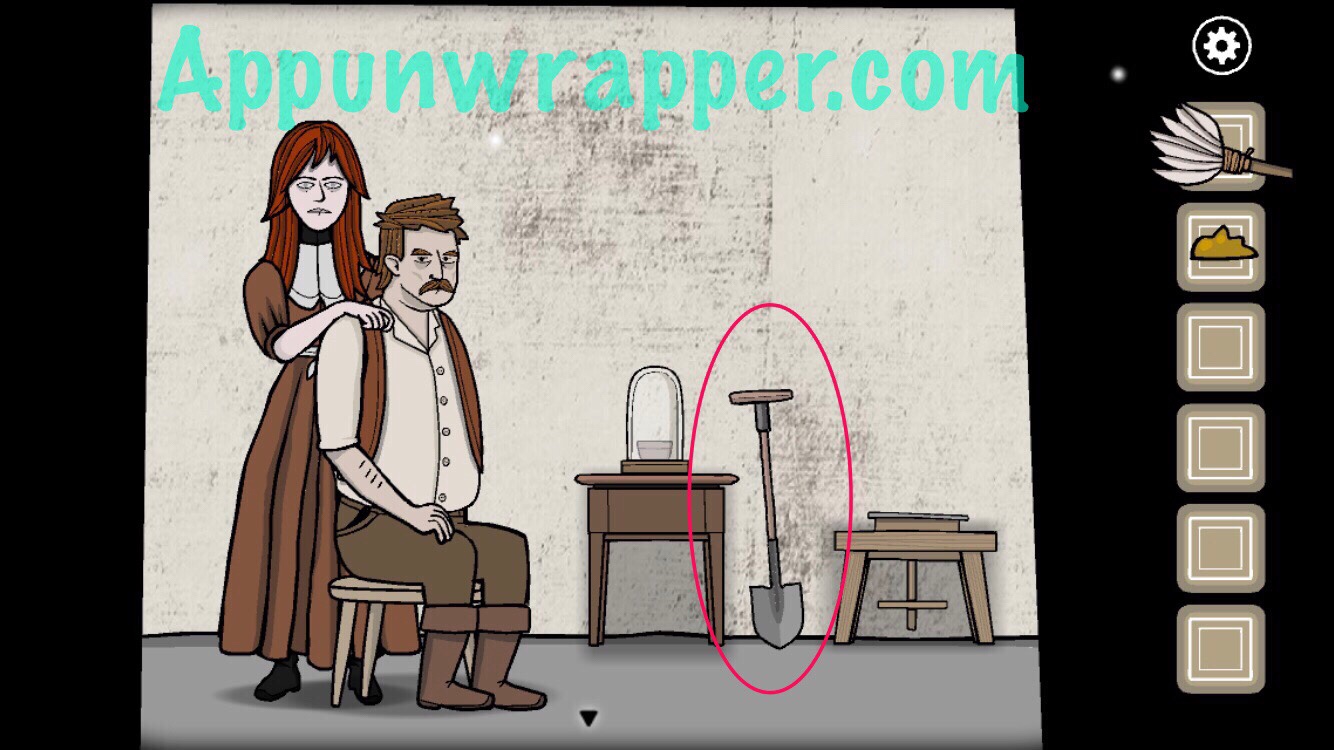 4. Leave the hut and go right and through the open gate. Take the snail and axe. Give Granny the fly swatter bad have her use it to swat at the gnats on her face. Take the dead gnats. 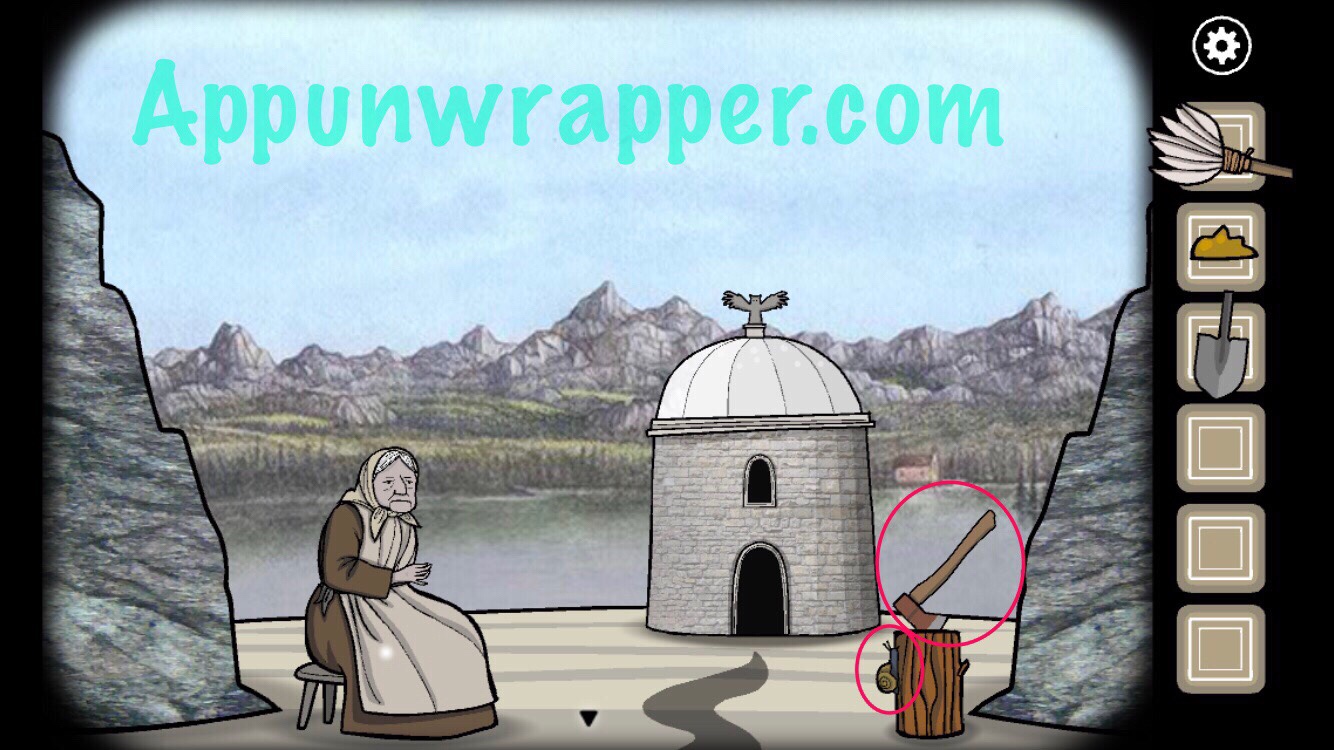 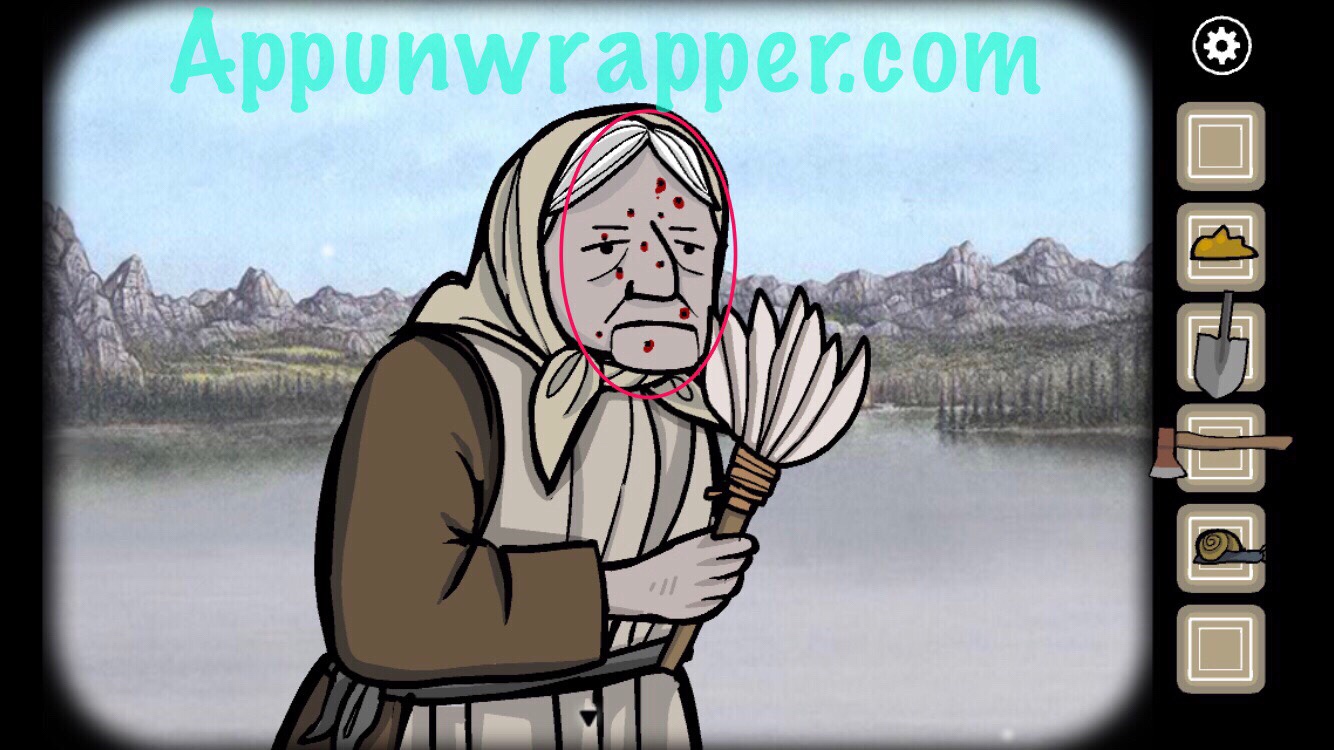 5. Enter the temple and take the scissors. 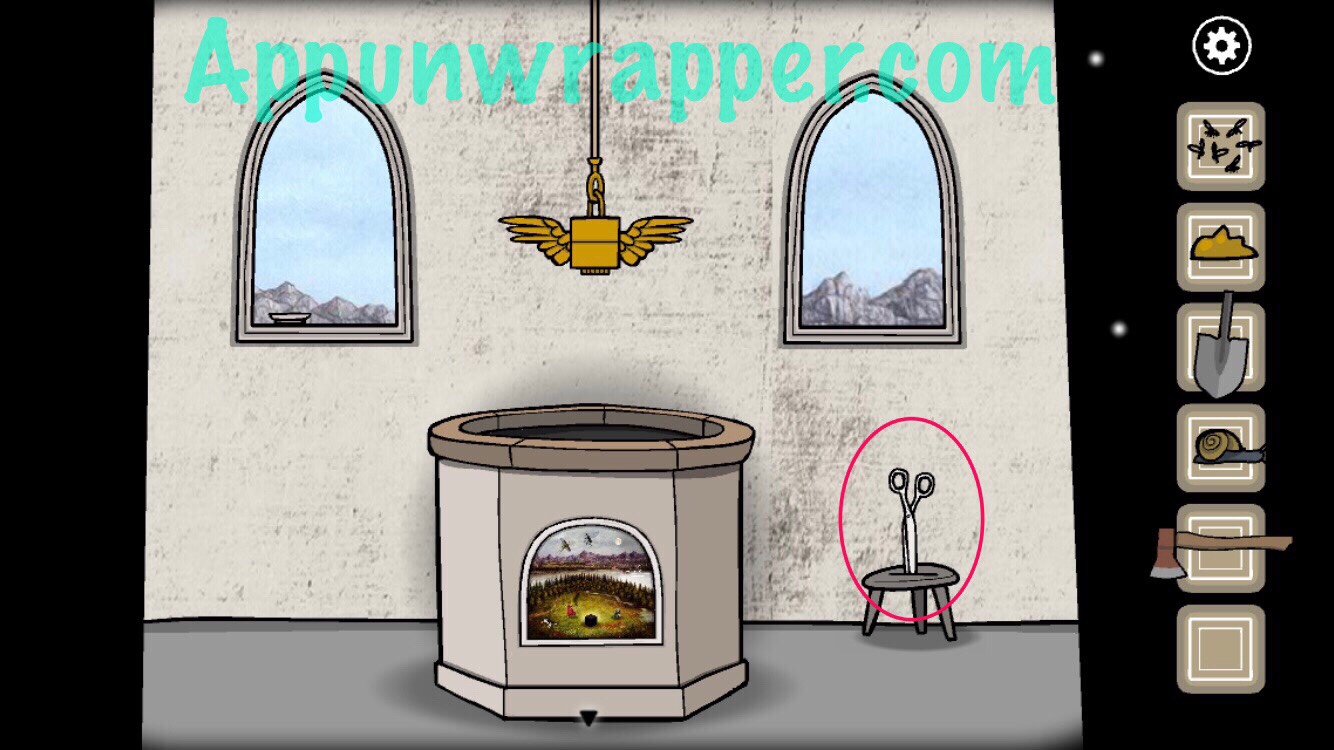 6. Go back to the mound of dirt and use the shovel to dig up two clumps of clay. Pick them up. 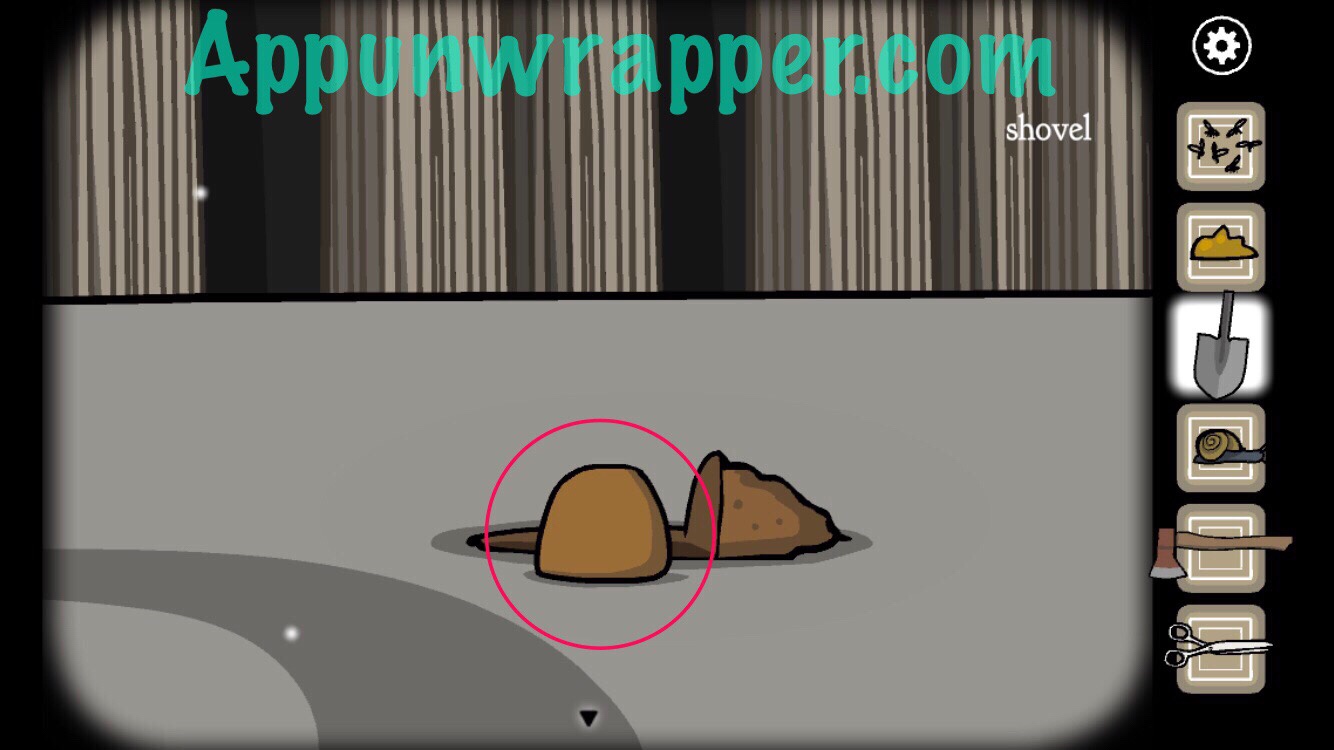 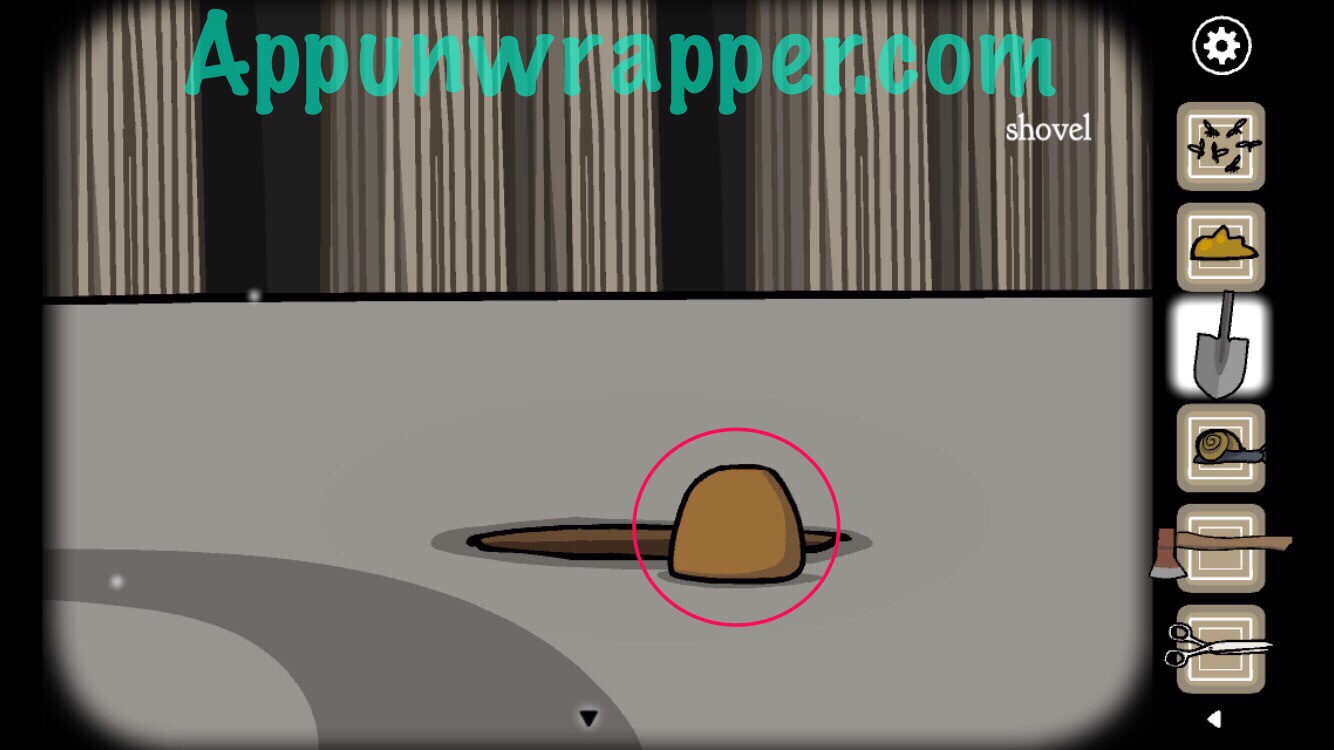 7. Go back to the hut. Give your brother a haircut. Also, cut his ear. Take the ear and look at the diagram on his scalp. It’s telling you to dig between those two symbols. 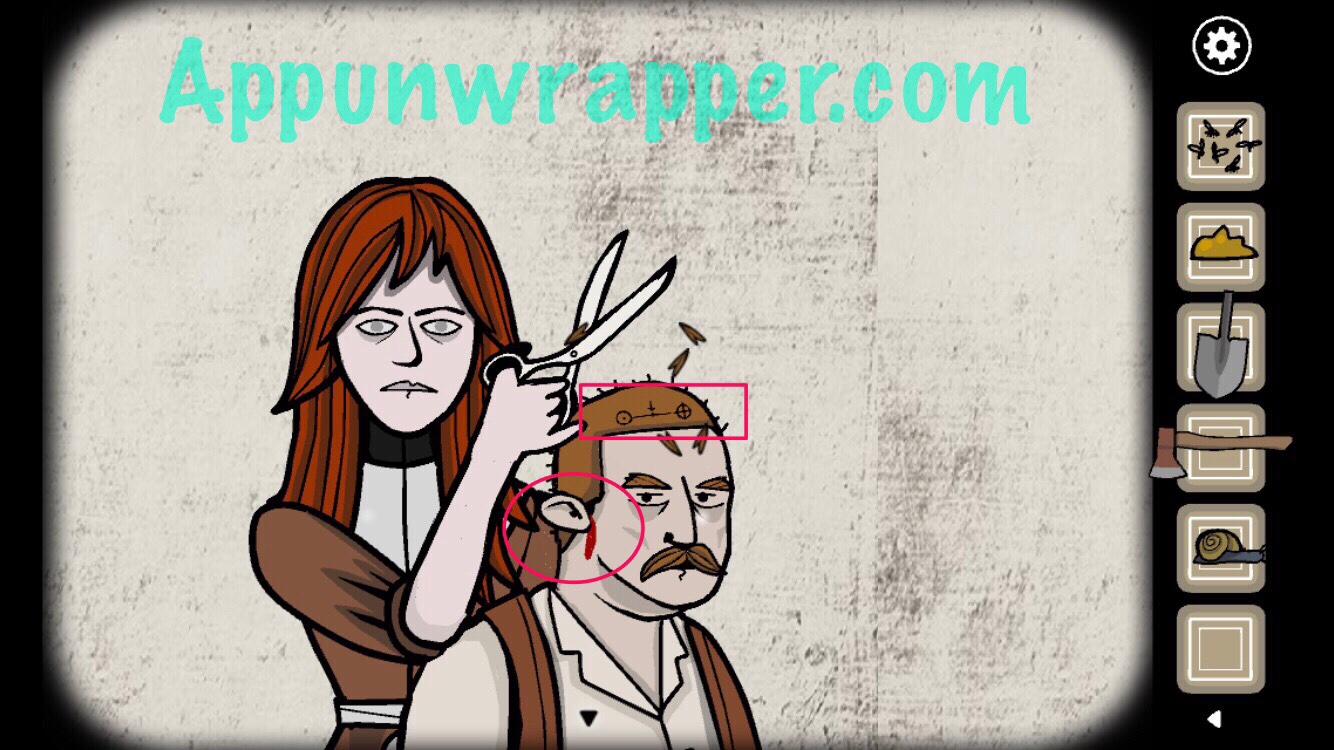 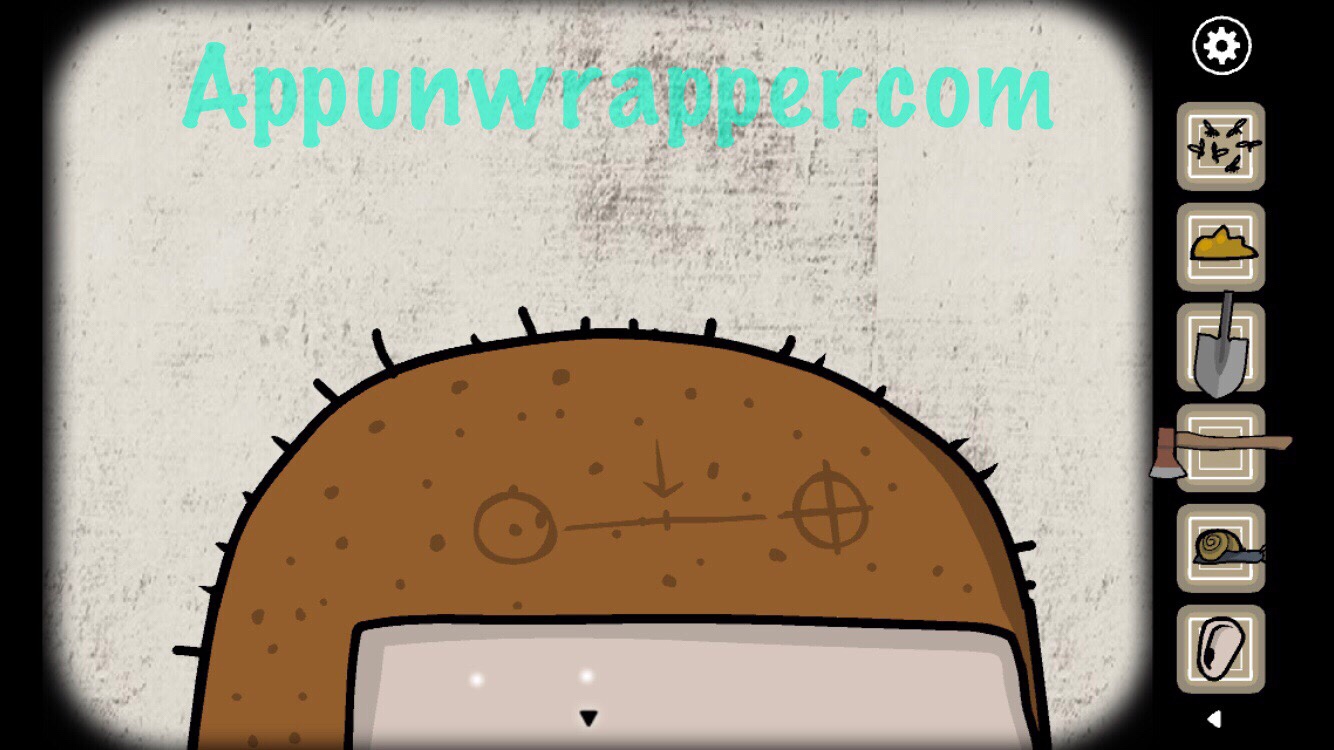 8. Go to the pottery wheel in the corner and sculpt the two lumps of clay into the two vases drawn on the wall. 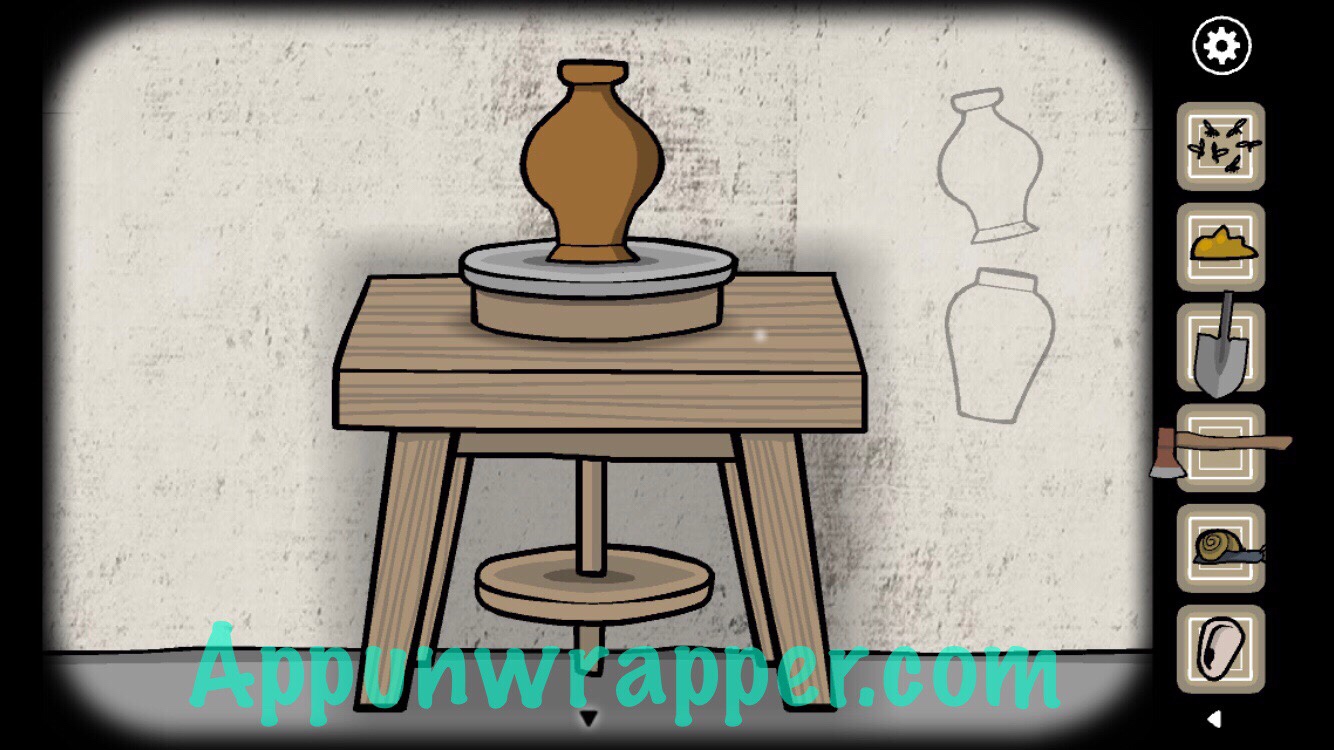 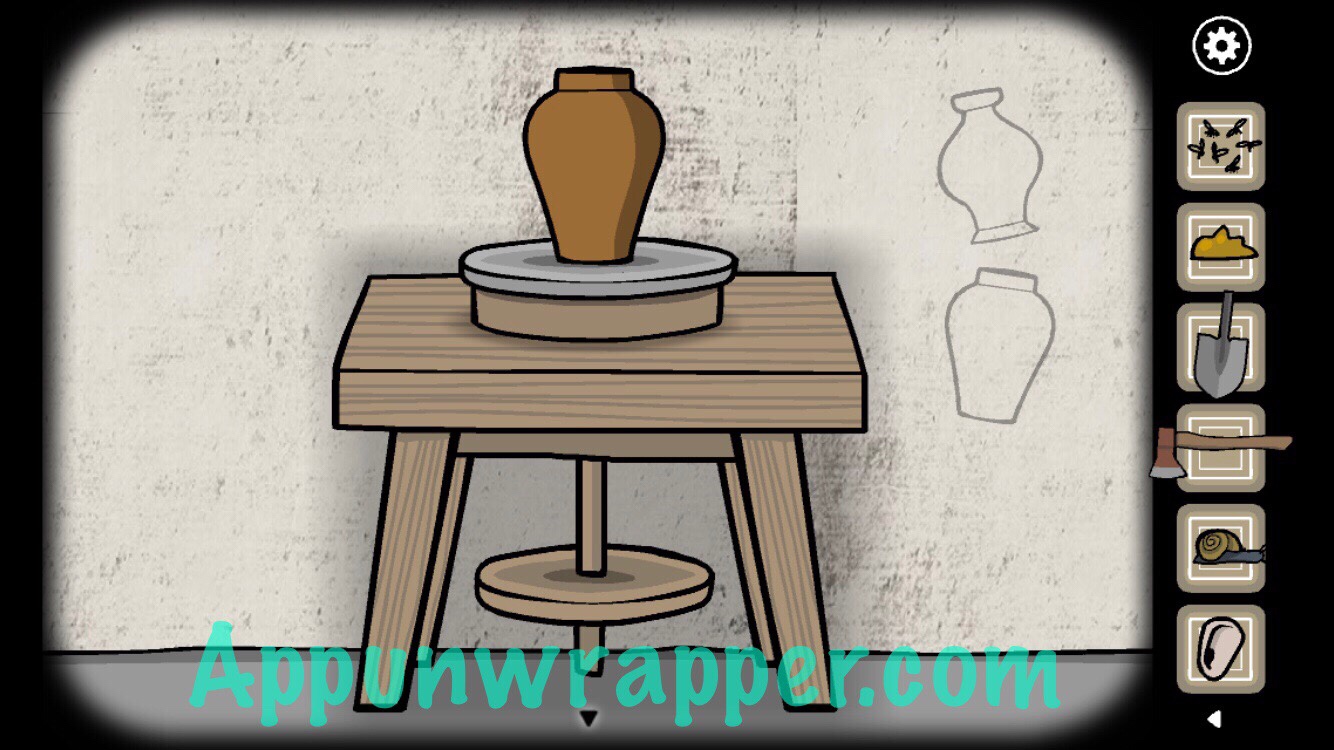 9. Go back all the way to the beginning and use the shovel to pop open the clam and take the mussel. 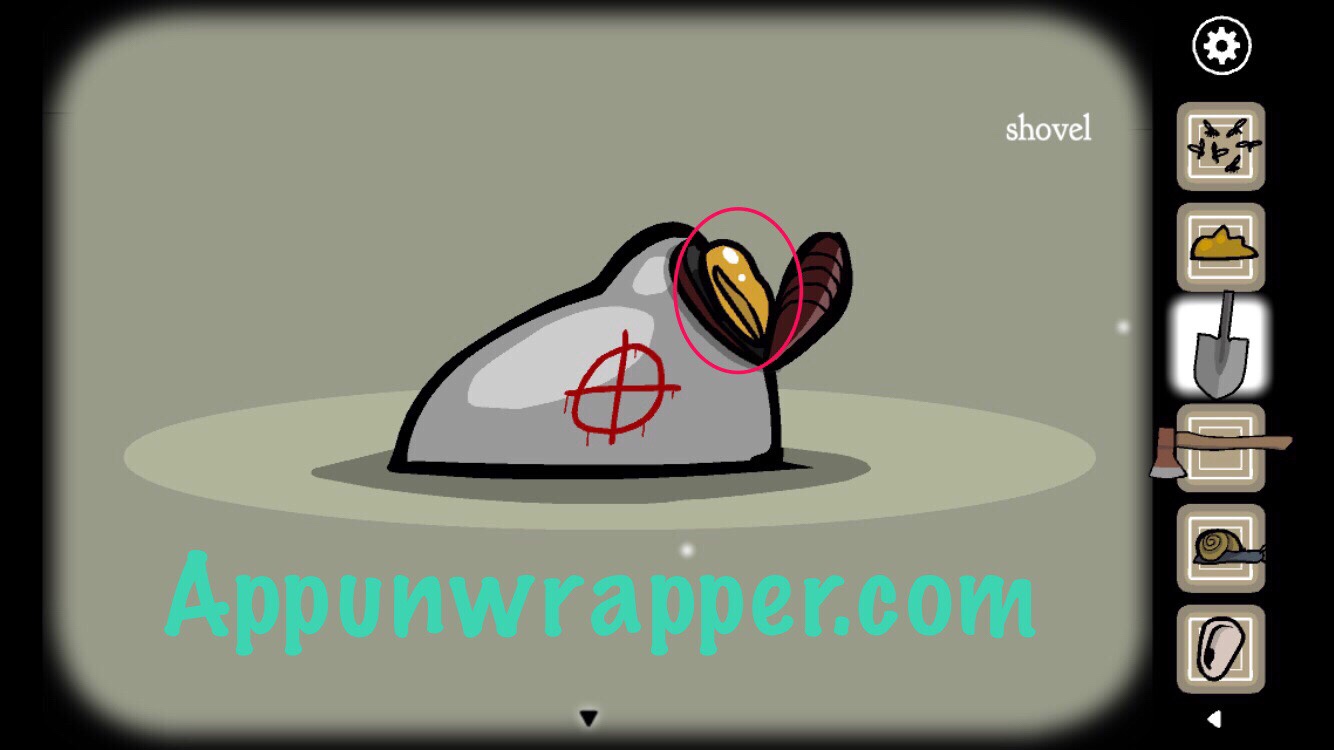 10. Now, remember the drawing on your brother’s scalp? Use the shovel to dig on the X between the two rocks. Solve the sliding tiles puzzle by moving the three circles to the eyes. Open the box and take the flower bulb. 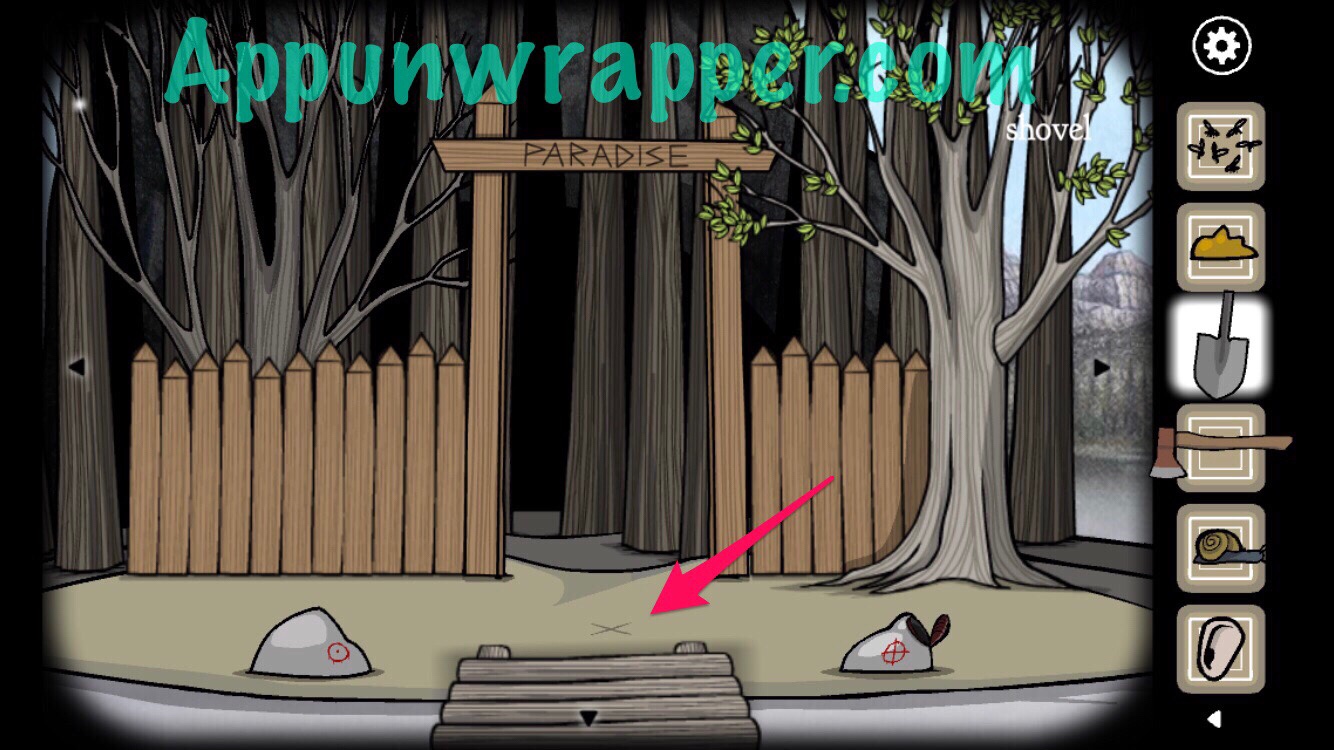 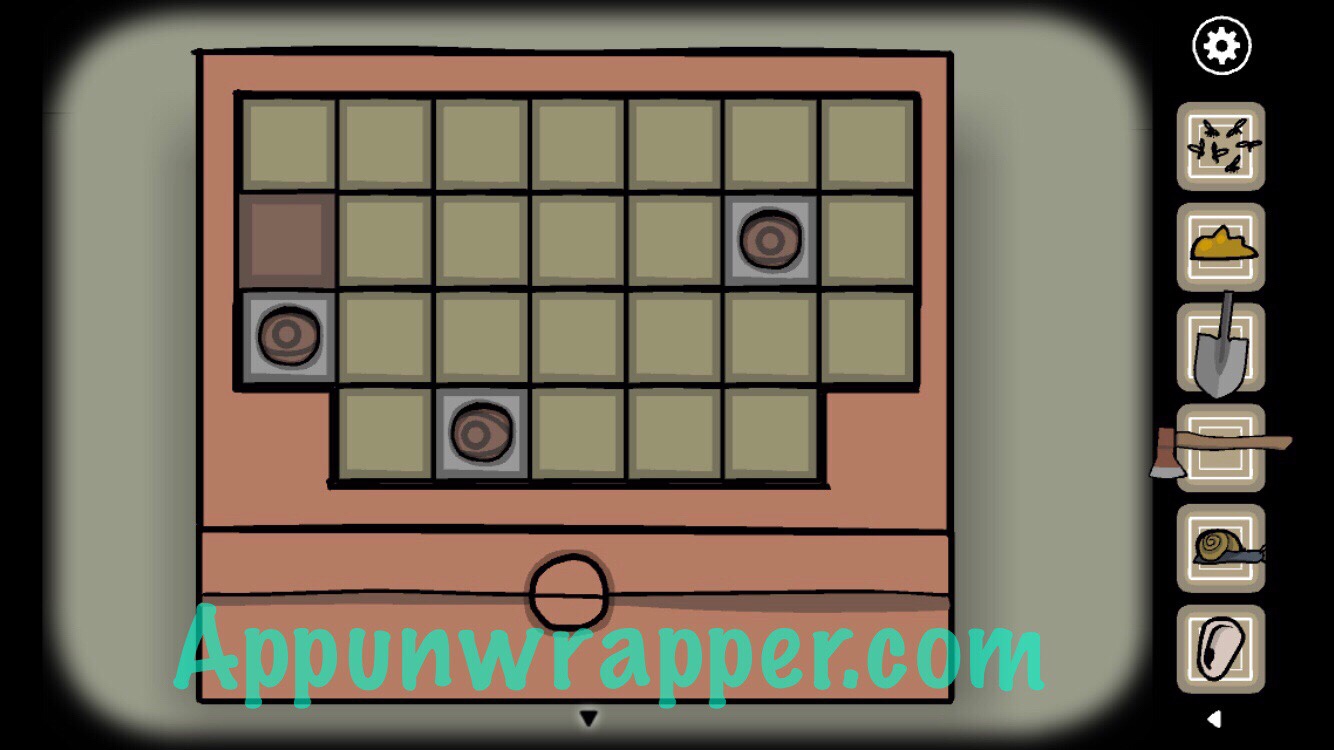 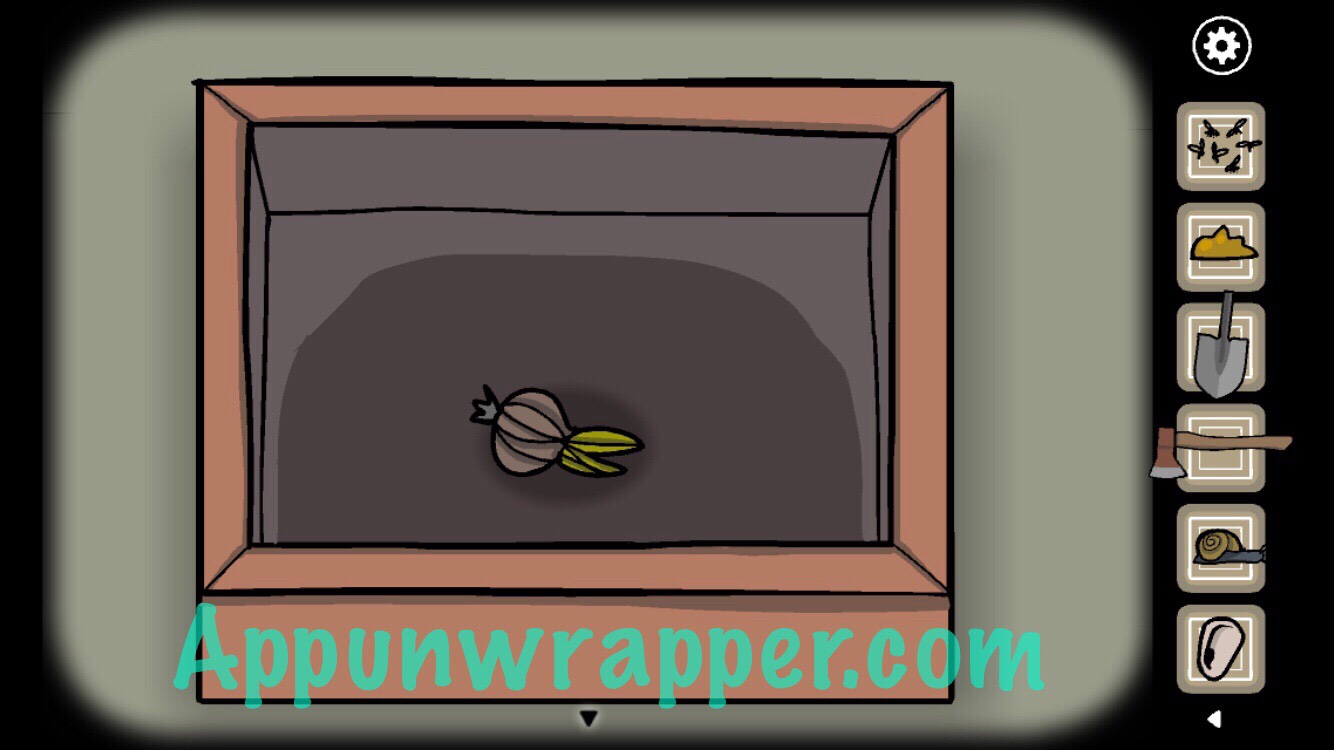 11. Go back to the Venus flytrap. Feed it the gnats, ear, snail and mussel. Then take the flower that blooms. 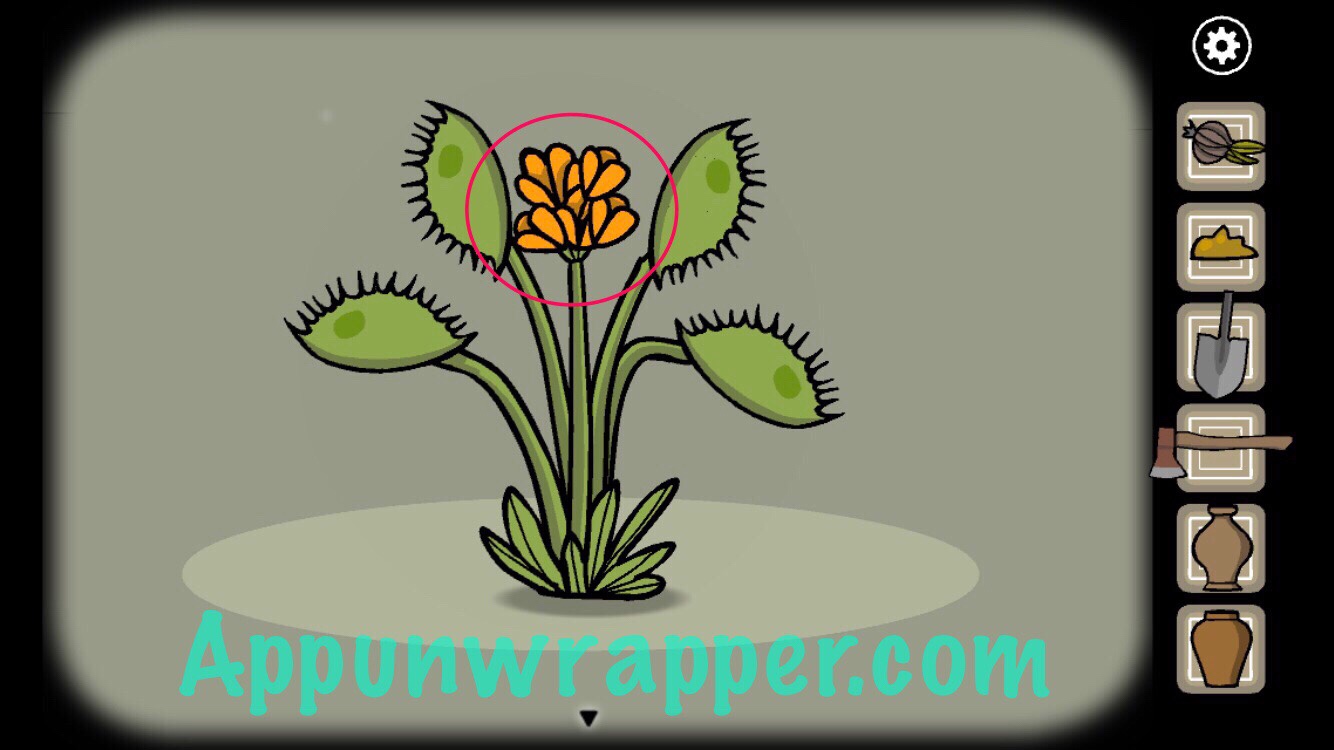 12. Notice the big red X on the tree to the left of the flytrap. Use the axe to cut it down and go through. 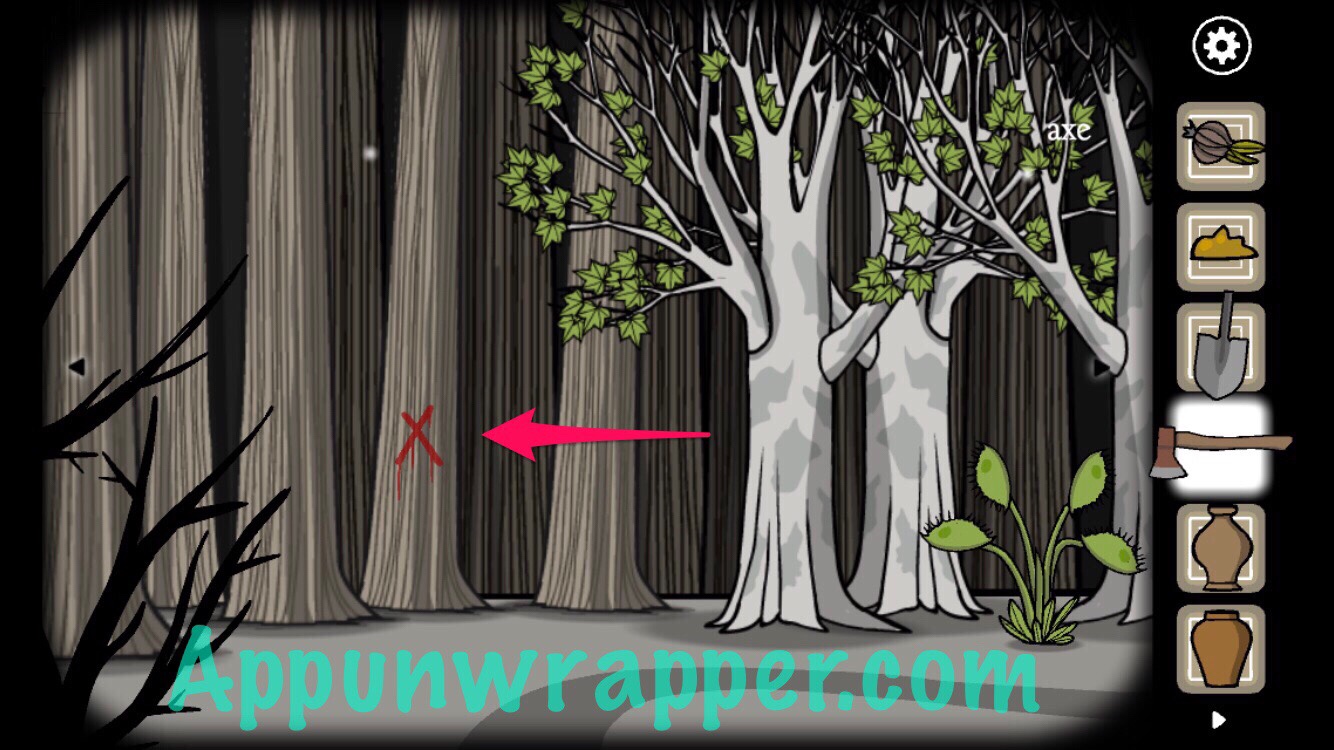 13. Pick the berries and use the axe on the tree with the X to fill the cup with birch sap. 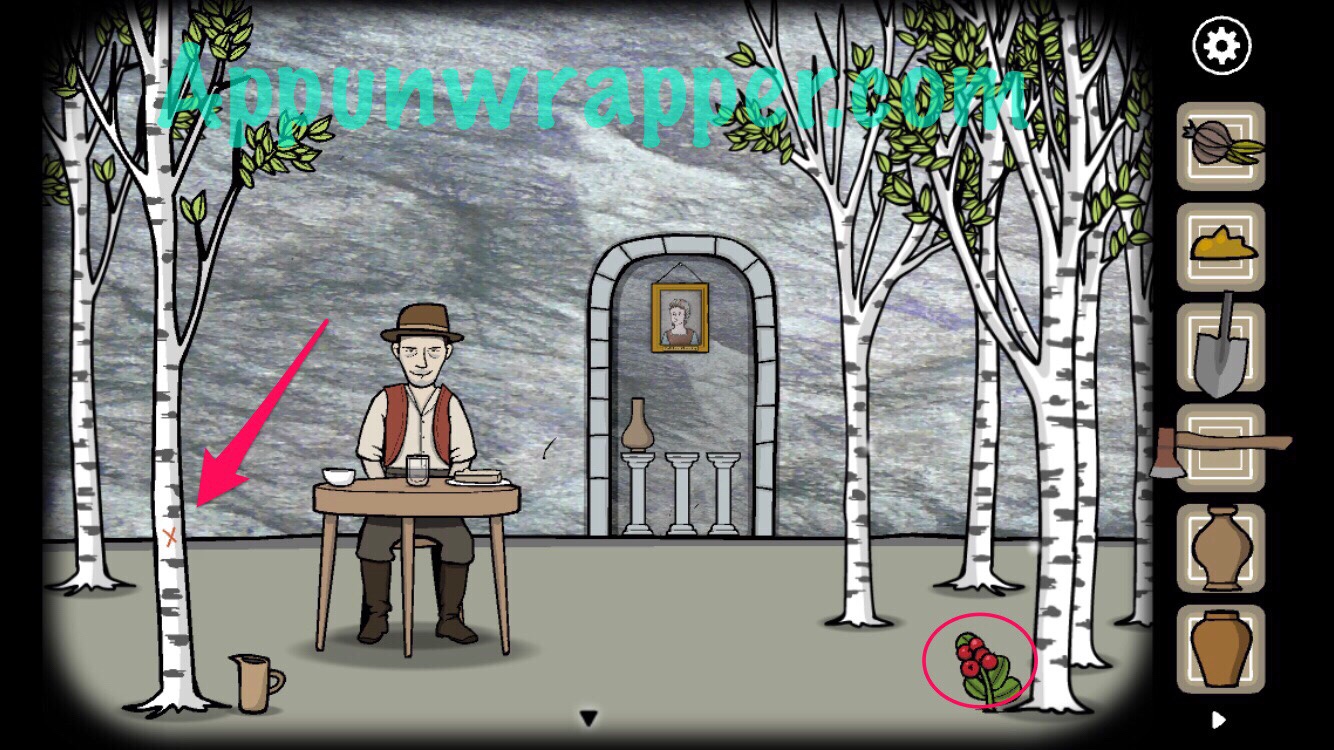 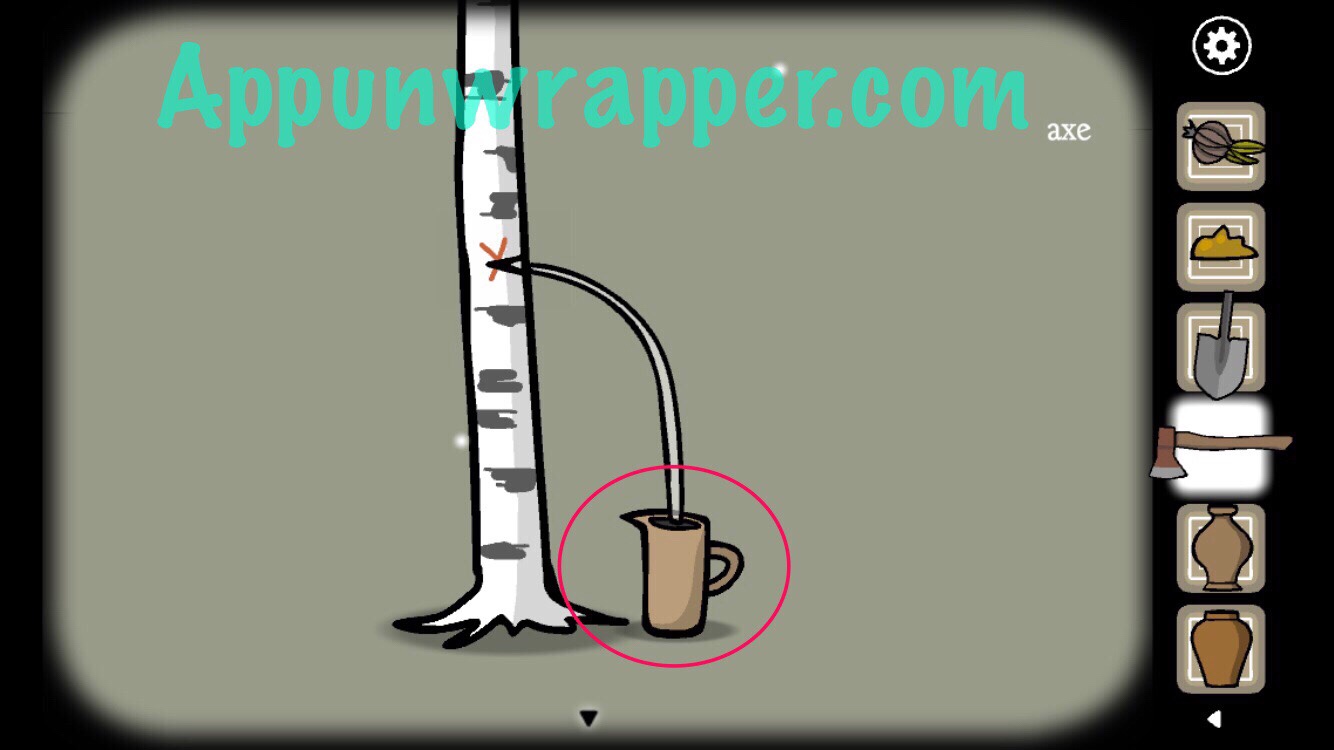 14. Notice the guy sitting at the table with a creepy smirk on his face. Put some honey on his bread, some sap in his cup, and some berries in his bowl. And then watch what happens. 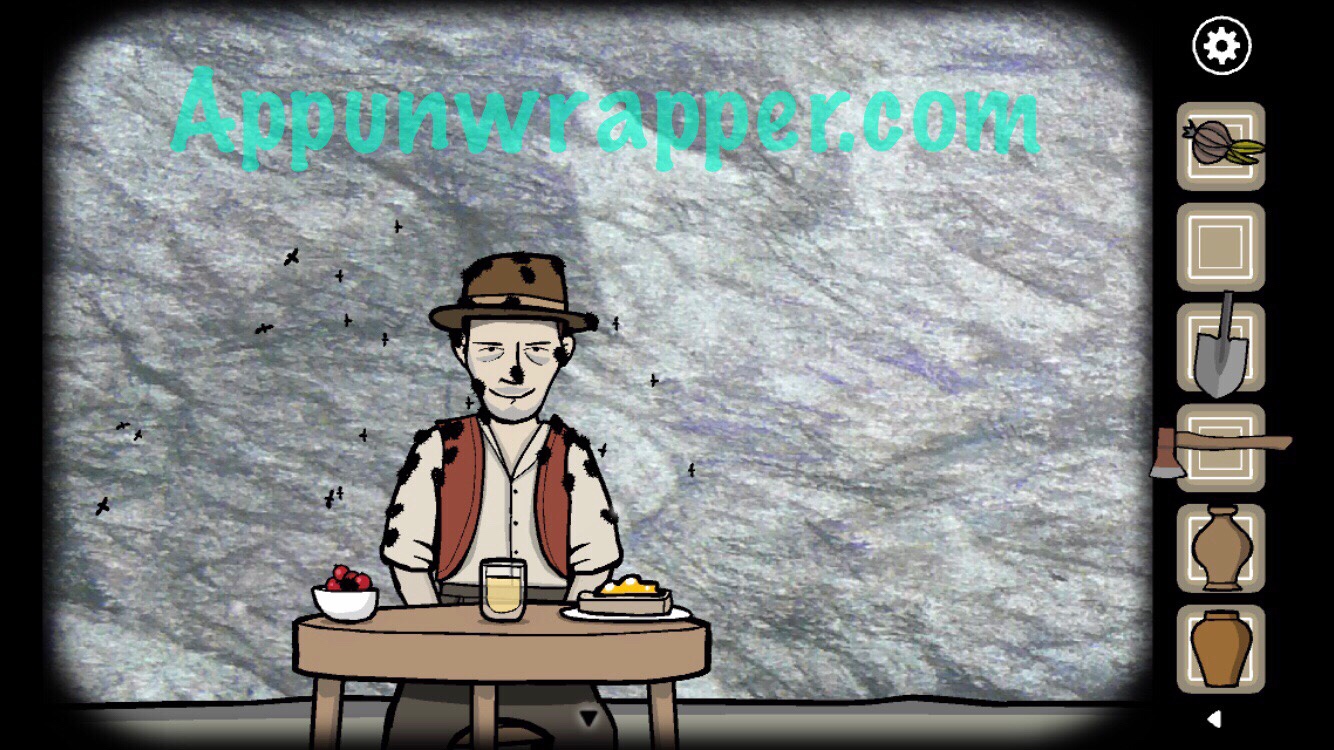 15. Now, there’s gnats covering something. Tap them to clear them away. Then, tap on the creature’s mouth and pick up the flower bulb it spits out. 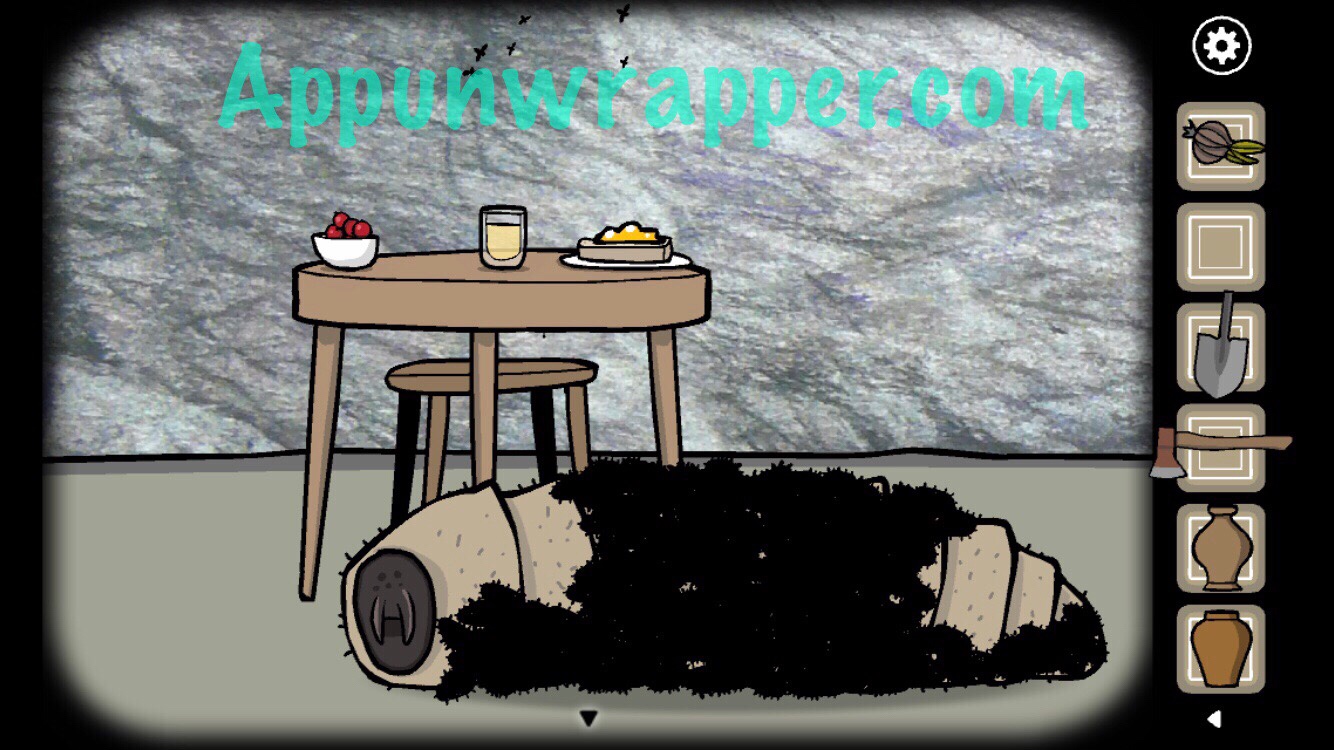 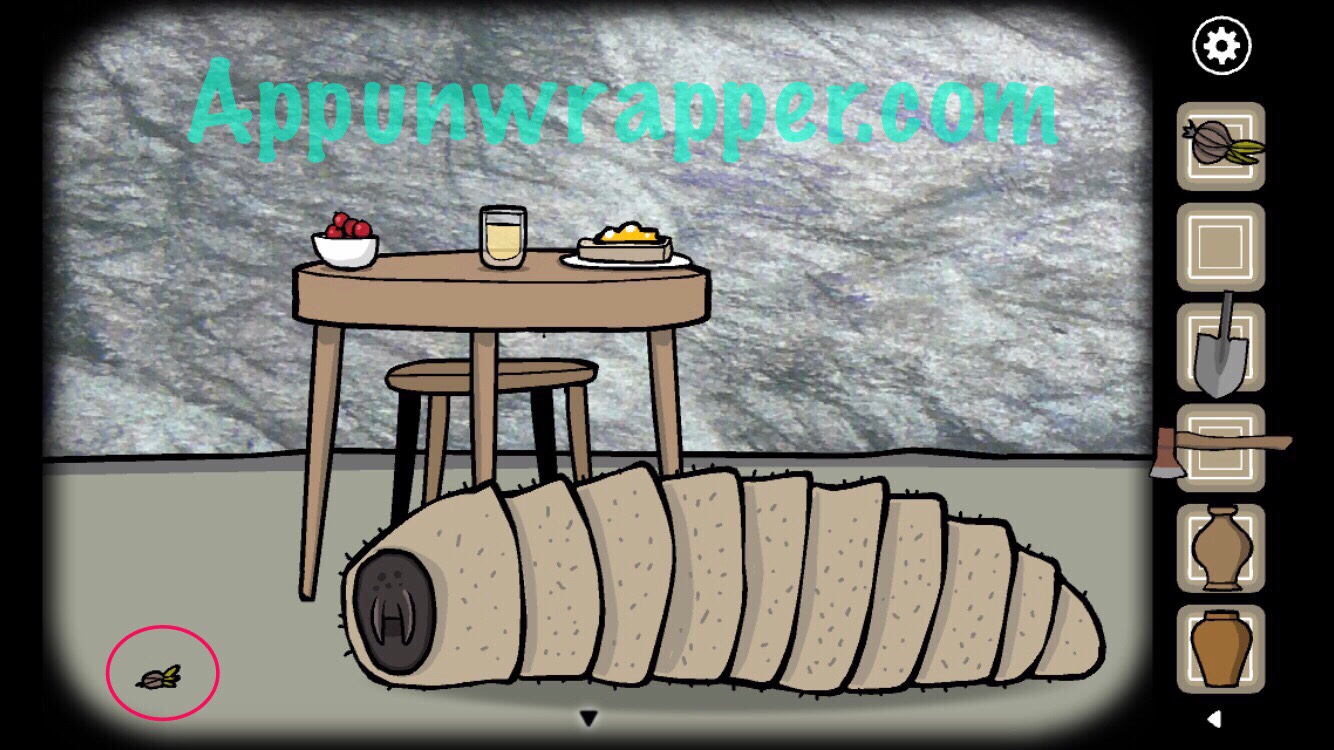 16. Head towards the back. Place the two vases with the other and place the flowers in one of them. 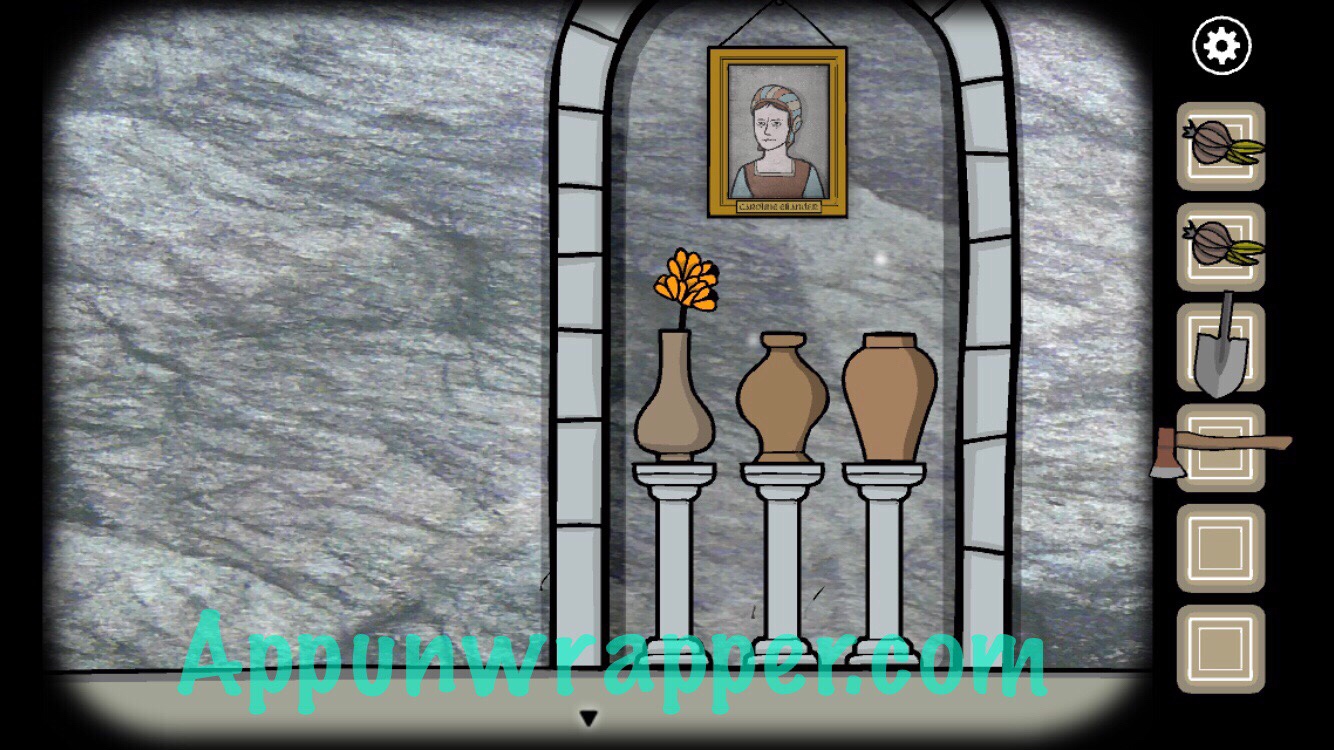 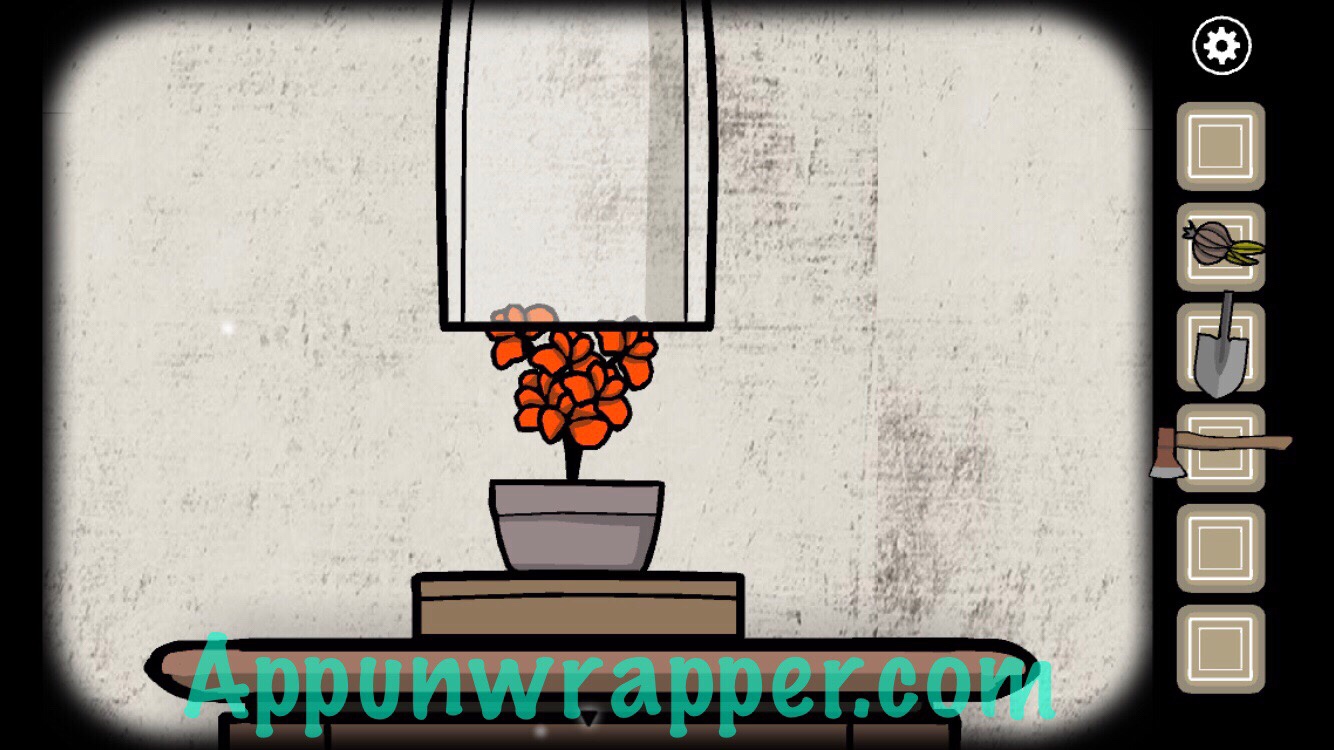 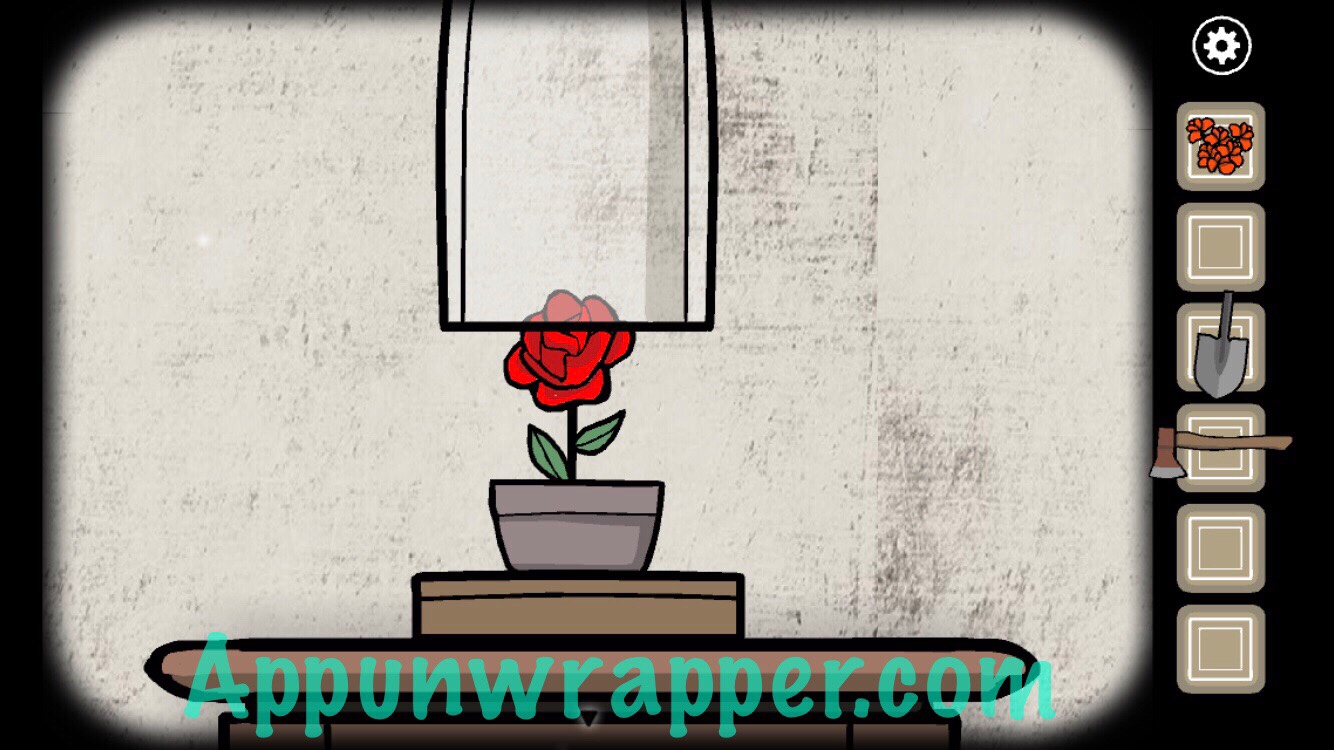 18. Place the flowers in the other two vases. Gnats will be drawn to the portrait of your mother, Catherine Eilander. Tap her portrait until it turns into a black cube. Take it. 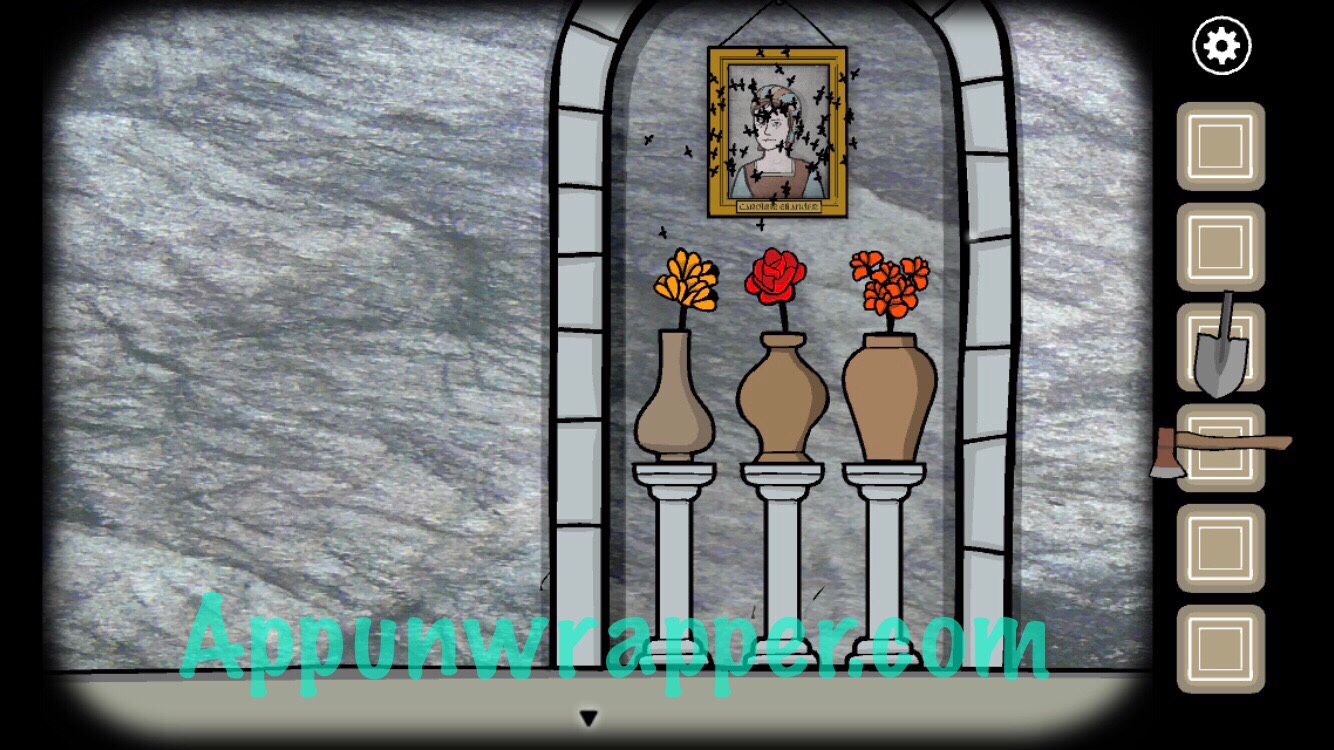 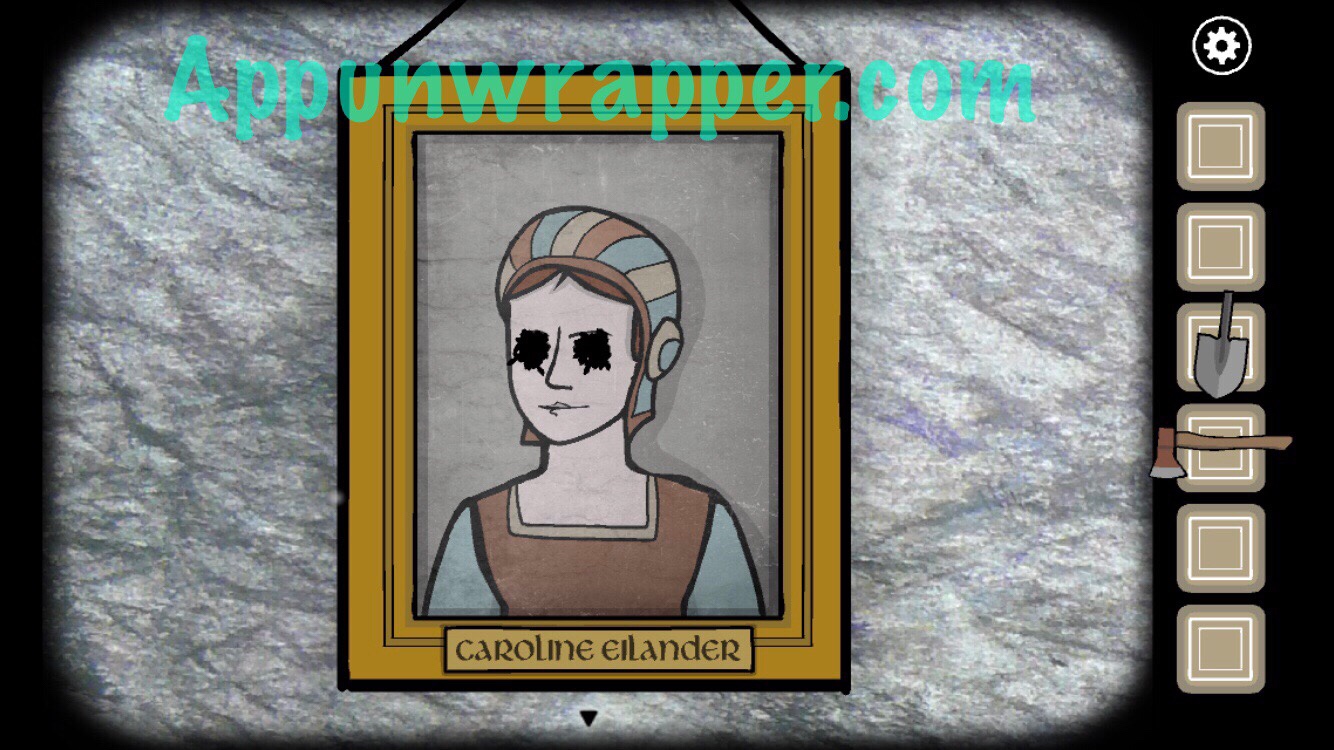 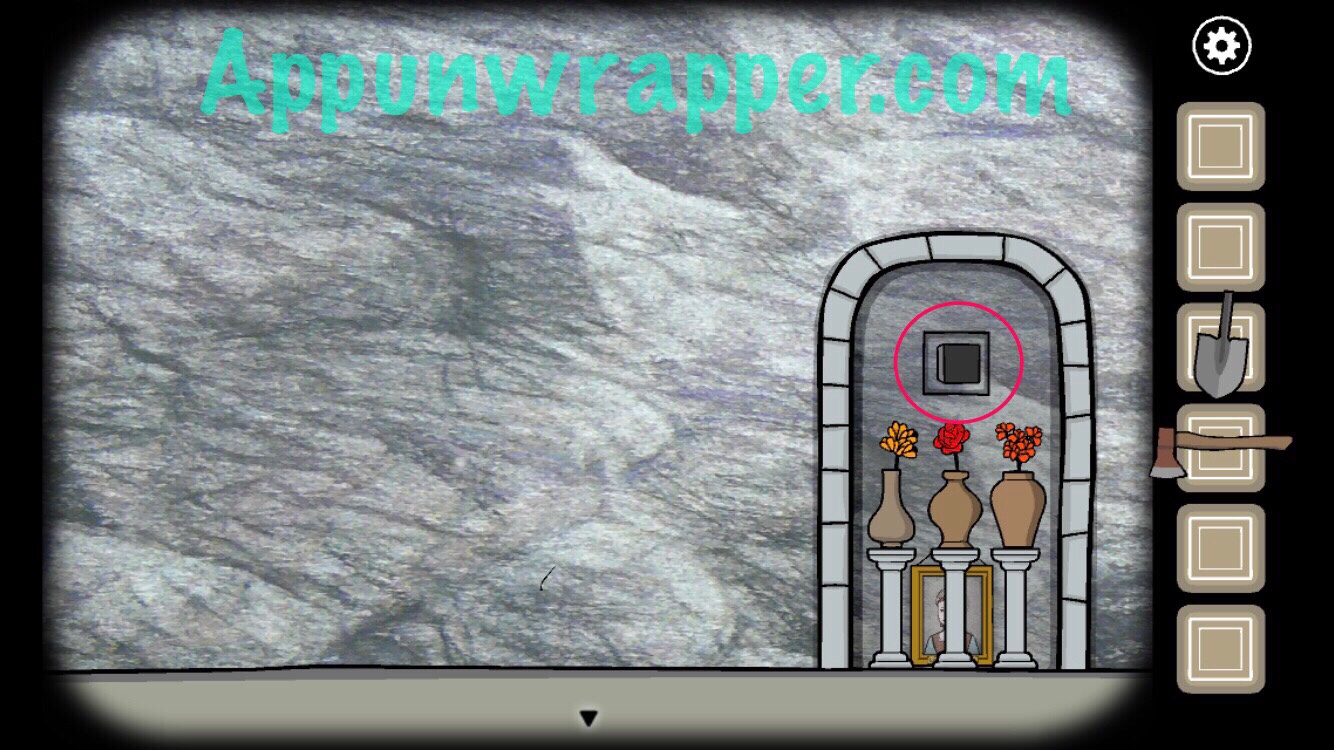 19. Go back to the temple and do the usual with the black cube to complete the level.

My Week Unwrapped: October 29, 2021 – Poe and Munro, Kathy Rain, Jessika, Plan B From Outer Space, The Sultan’s Inventor and More