I’ve been a big fan of Hieronymus Bosch’s The Garden of Earthly Delights painting — specifically the Hell part — for quite some time now. I even have a big book of his artwork so I could look at it whenever I want. One of the things I love about it is that there’s so many little details. You could probably stare at it for years and still miss something. You also might not know that I minored in art in college, which involved some art history classes. While my memory is a bit fuzzy, I do recall some of what I learned and recognize some paintings and the artists when I see them. So when I saw there was a point-and-click adventure game made of well-known Renaissance artwork, not only did I have to play it, but it seemed like such an obvious thing that should have existed a long time ago already. 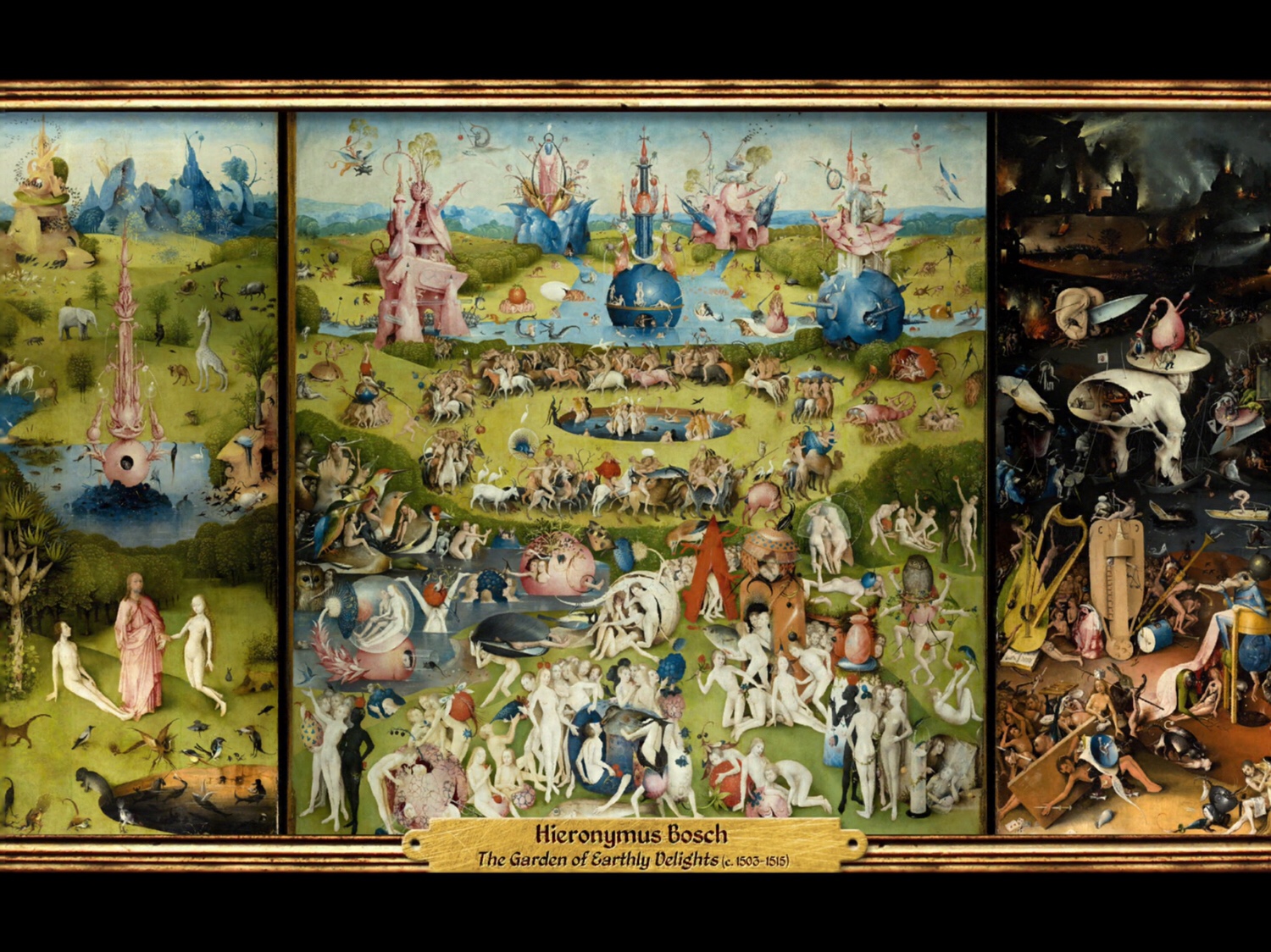 Joe Richardson’s Four Last Things released on PC last year, but is making its way over to iOS next week and I got a copy ahead of release. I’ve spent about an hour with it so far and have had so many good laughs. You play as some poor schlub who committed all seven deadly sins, but not all in one village, You’ve been sinning all over the place! When you finally make your way to the church to confess, they tell you they can’t absolve you of sins you committed in other parishes. But there’s a loophole! If you commit all the sins again, while in their parish, they can then absolve you of them! 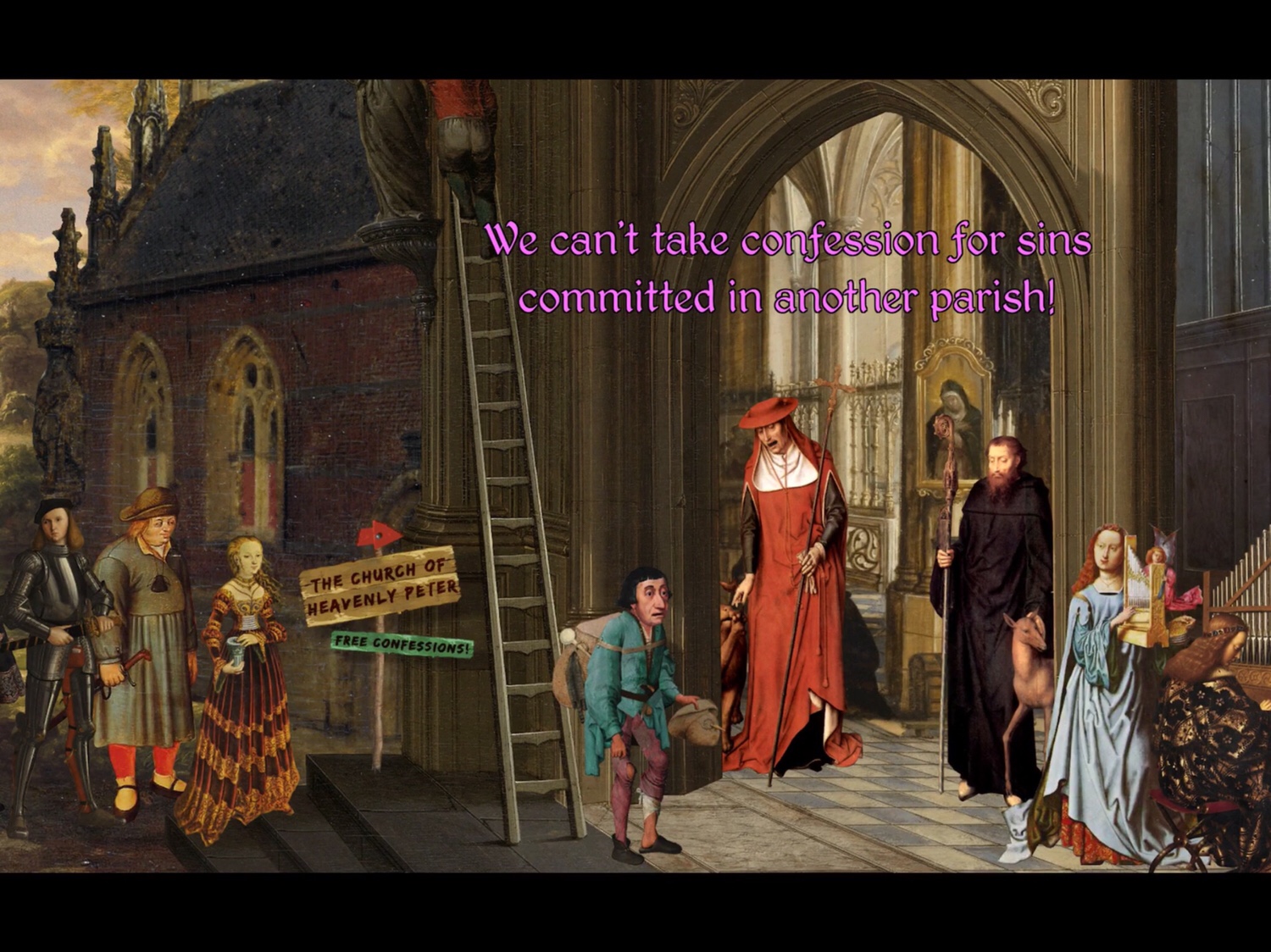 Yes, it’s silly, and that’s the kind of humor you can expect from game. You then need to explore, talk to the locals, and find ways to commit all seven deadly sins — envy, gluttony, greed, lust, pride, sloth and wrath — so you can be forgiven for them. So far, the puzzles have involved riddles, inventory items, and convincing a blind street painter to paint my portrait. I’ve met a seedy lawyer, a helpful blacksmith, and lots of performers. I’m currently working out how to win a pie-eating contest after finally finding the money to pay for the entry fee. 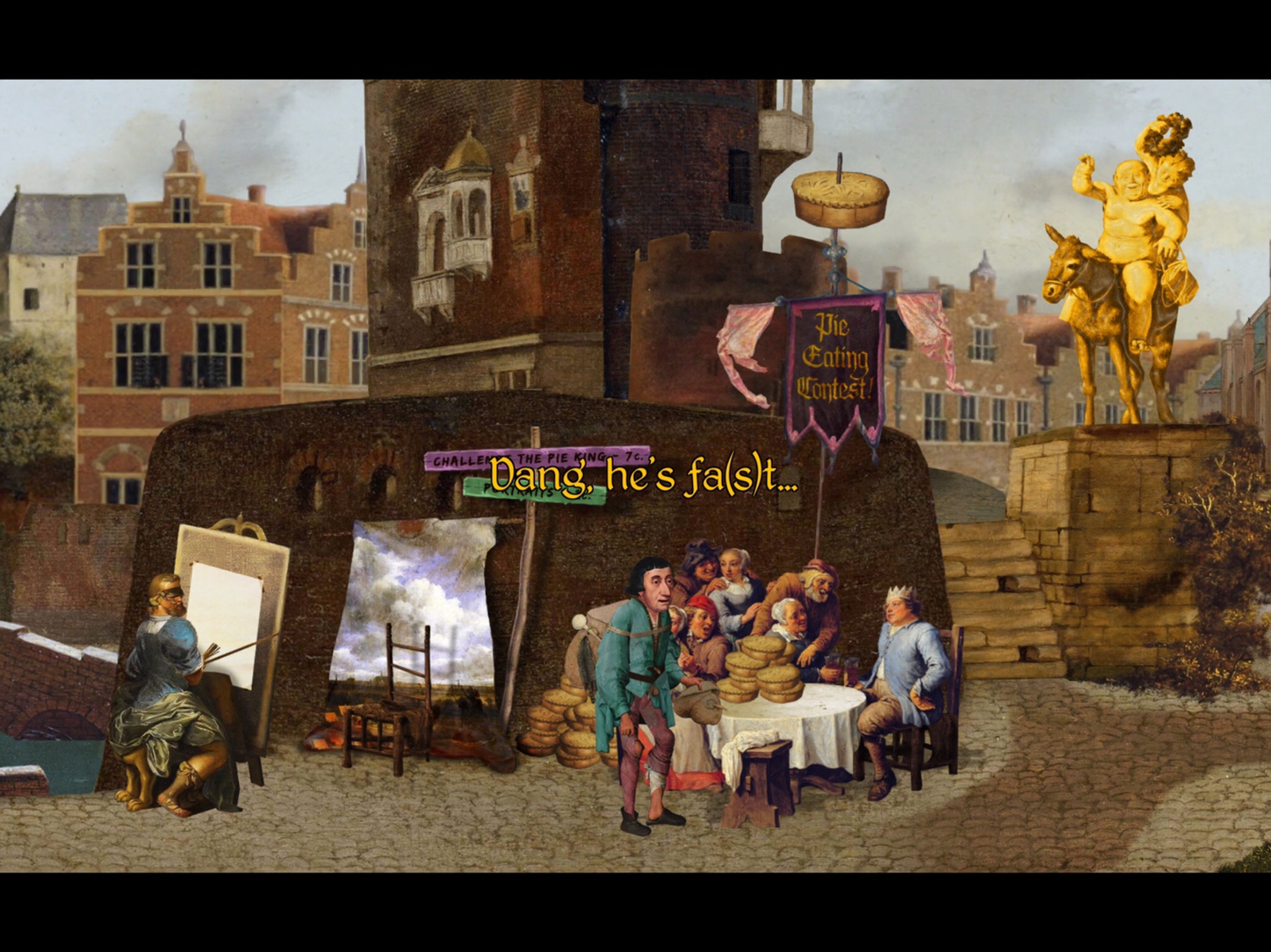 I’ve committed three of the seven sins so far, which leaves me with quite a bit to do still, and I’m looking forward to spending more time in this crazy world. I’m glad made its way over to iOS, as it feels perfect on my iPad. You can watch my first half hour with the game below and I hope to have a review ready for release. But if you can’t wait, you can pre-order the game here.