Humble Hearts’ Never Stop Sneakin’ released a little over a month ago on PC and one of the complaints was that it felt like a mobile game. So when it made its way over to iOS this week, that wasn’t necessarily a reason not to buy it. I was curious about its top-down stealth gameplay with simplified one-finger controls, especially since it could be played in either portrait or landscape mode. So I took a chance on it.

The plot is intentionally absurd, as Amadeus Guildenstern travelled through time and kidnapped all the United States presidents (yes, even the bad ones). He demands to be made president forever or America will lose all their past presidents forever. So your goal is to build a time machine and stop him from kidnapping the presidents in the first place. 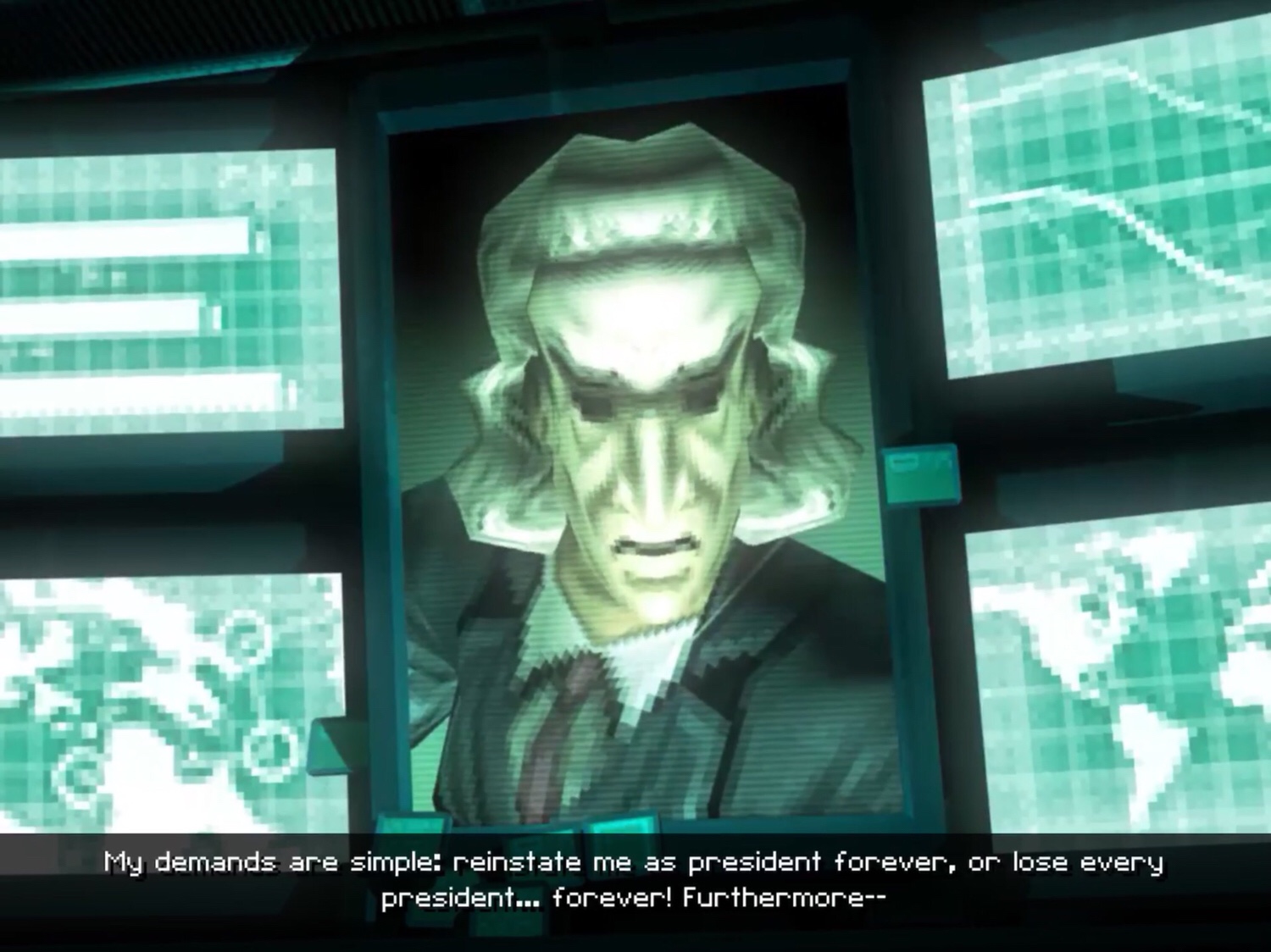 I was actually enjoying it for a while. The lack of iCloud meant I had to restart on my iPhone after playing a bit on my iPad, but it wasn’t too big a deal to catch up. iCloud would be welcome, so I could play on the bigger screen at home, but it’s perfectly fine sticking to my iPhone for one-handed play.

So how is it possible to have a stealth game that’s played with such simplified controls? The whole screen is a joystick, similar to Linelight. Your goal is to take out enemies in each procedurally generated level by sneaking behind them. If you come at them from the back, you’ll automatically take them out with your knife. But if you walk into their range of vision, they’ll harm you unless you have some form of defense on you. If you do have bullets, you’ll automatically kill them with it the second they see you. If you don’t have bullets, but you have a smoke grenade, again, you’ll automatically use it if they see you. Then you can walk around in the smoke and kill them without being attacked. There are also EMPs for taking out security cameras in case you don’t manage to sneak past them undetected. Since you don’t have to switch weapons or worry about aiming, all you need to focus on is moving. It makes for a very casual but enjoyable mobile experience. Up to a point. 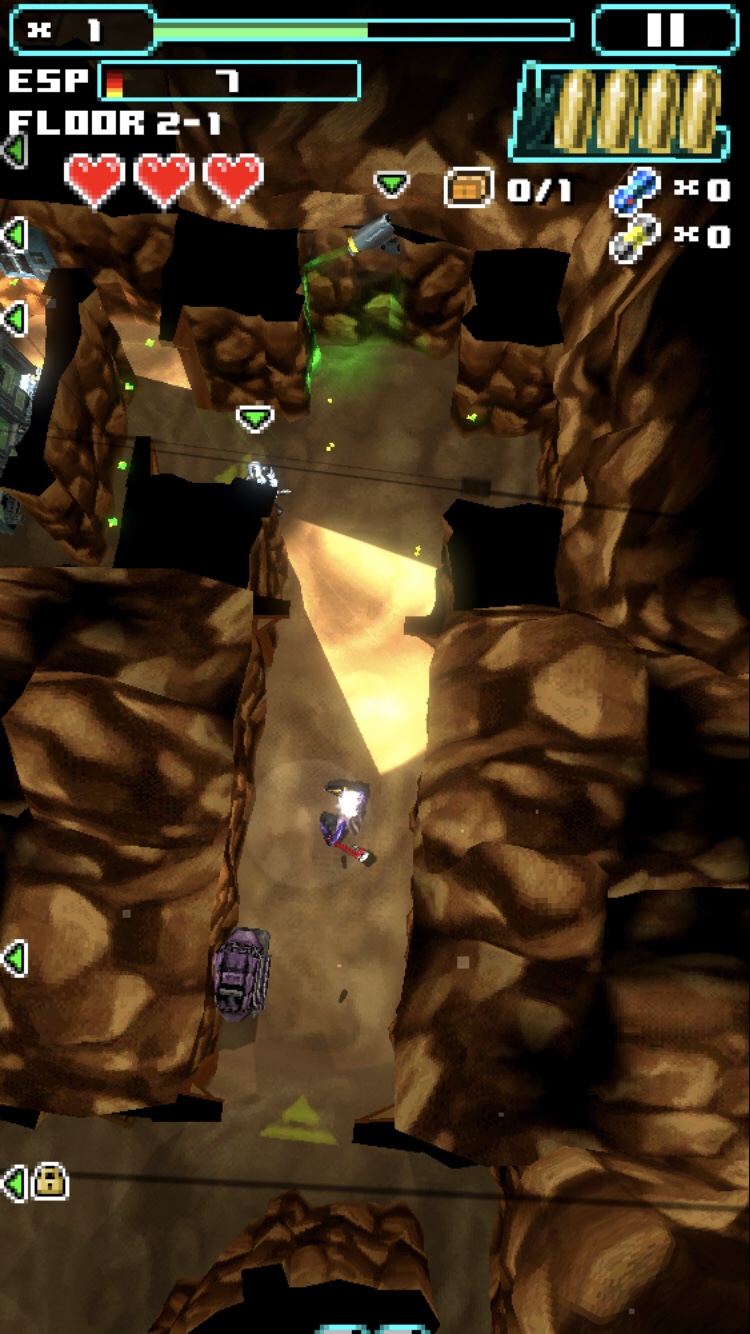 After a while, the game starts to get repetitive, with each level feeling the same. The ridiculous humor of the story can only take it so far if the gameplay gets stale. Sneaking around each area doesn’t feel all that different, as you’re not really being scored and competing against others. The goal in each level is basically to earn ESP, the in-game currency, to build out your base so you can continue with the story. Even when you hack machines that look like you’re getting a lot of ESP, it ends up only being around five or six pieces. That makes it feel like one long grind.

The boss battles at the end of each level mix things up a bit, as they vary and force you to react differently. For instance, there’s a helicopter named Vice President Helicopter (yes, really) that rains fire at you. You have to take cover while it’s shooting, then pick up the missile launcher. In between its attacks, you need to leave your cover and charge up the missile launcher to attack it. You’re vulnerable while charging, so you really need to be careful about where and when you start. With another boss, you need to stand on certain charging spots to power up an electrical charge that will harm the enemies. But again, you’re vulnerable while you’re charging them. It’s surprising how much fun those boss battles can be while still only using one finger to move around and nothing else. But even these boss battles get old because they repeat themselves. There aren’t enough of them to keep the game compelling long term. 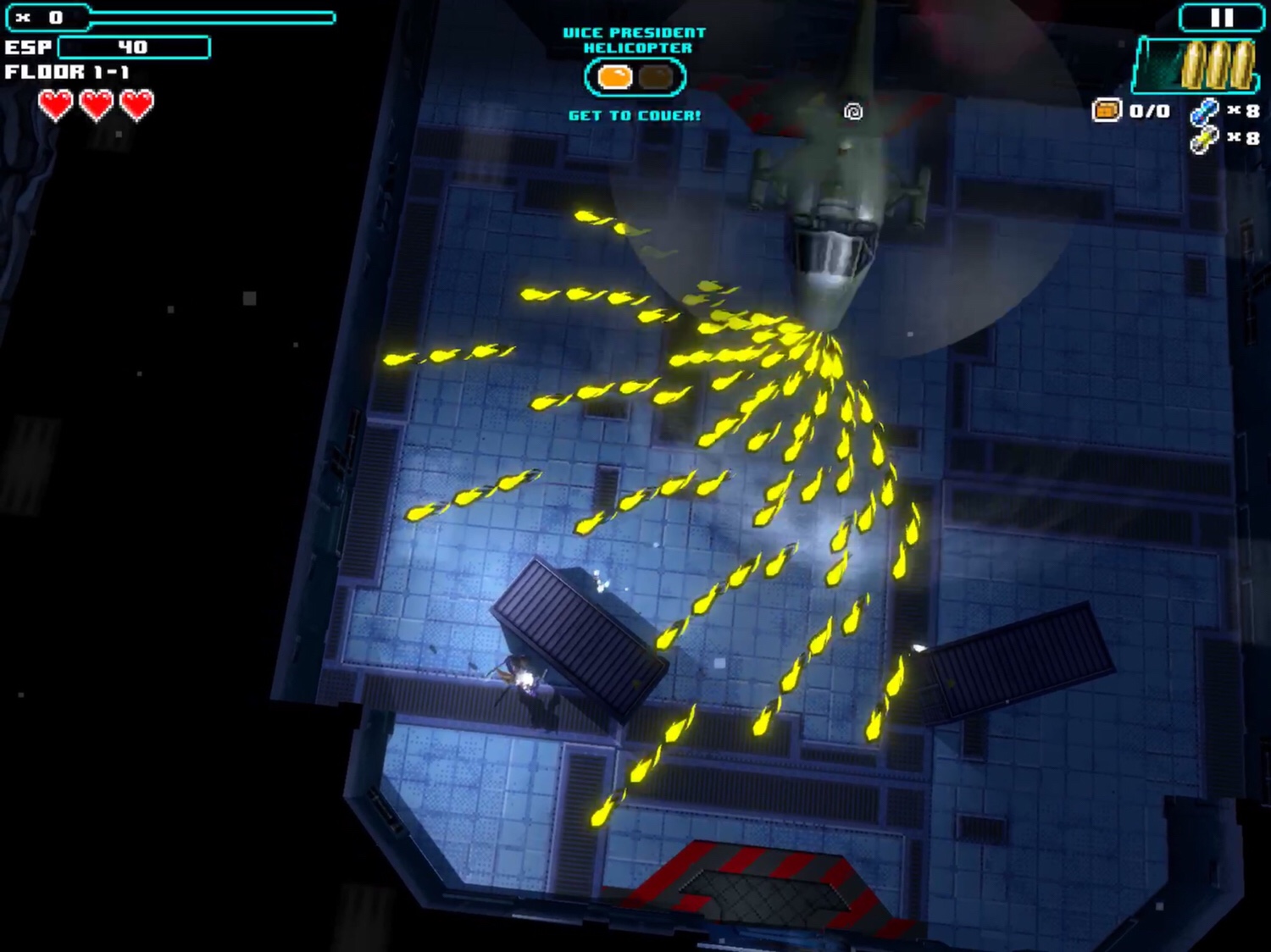 At this point, I don’t think I’m done with the game, but I don’t see myself playing for more than a little bit here and there. I’m not sure I’ll make it to the end of the story, but I will pick it up when I’m in between other games and don’t want to have to think too much. I don’t know if I regret my purchase, but I also wouldn’t recommend it wholeheartedly, especially if you’re someone who gets bored easily and doesn’t like grinding for currency. I am glad it’s a premium game with no in-app purchases (IAPs), though, as it could have easily gone that route.

If you’d like to see the game in action on mobile, I included videos below on both iPad and iPhone.