You know that puzzle that crops up sometimes in adventure games, where you have four dials and you need them all to point in the same direction? The problem is, rotating one also rotates another, possibly in the opposite direction. So thereΓò¼├┤Γö£├ºΓö£├╗s some fiddling involved to correct any over-rotation that happens. These are not my favorite puzzles and if you offered me an entire game of just those I would probably run screaming. So how is it that IΓò¼├┤Γö£├ºΓö£├╗ve not only happily completed all of G30Γò¼├┤Γö£├ºΓö£├╗s similar puzzles, but did it at least twice? Keep reading to find out!

I’ll try my best to explain the game, but keep in mind that I was still confused about some of its mechanics even after completing it the first time. The goal in each level is to form an image out of different colored pieces. The word at the top tells you what that object is, but it also does more, which I’ll talk about later. Anyway, you achieve this by rotating colored rings (or dials, if you want to call them that). Early on, it’s as simple as rotating the yellow ring to cycle through options for the yellow piece of the image, the red ring to change the red piece of the image, and so on. You might also have several overlapping pieces and you don’t need to change them, just line them up properly. But before long, you’ll hit a point where, as I mentioned above, turning the red ring might also turn the blue ring. So you’d need to first set the red piece the way you want it and then focus on the blue. Otherwise you’ll keep having to fix the blue. If things stopped there, it would have probably made for a very boring game, but thankfully the mechanics change and evolve with every level. 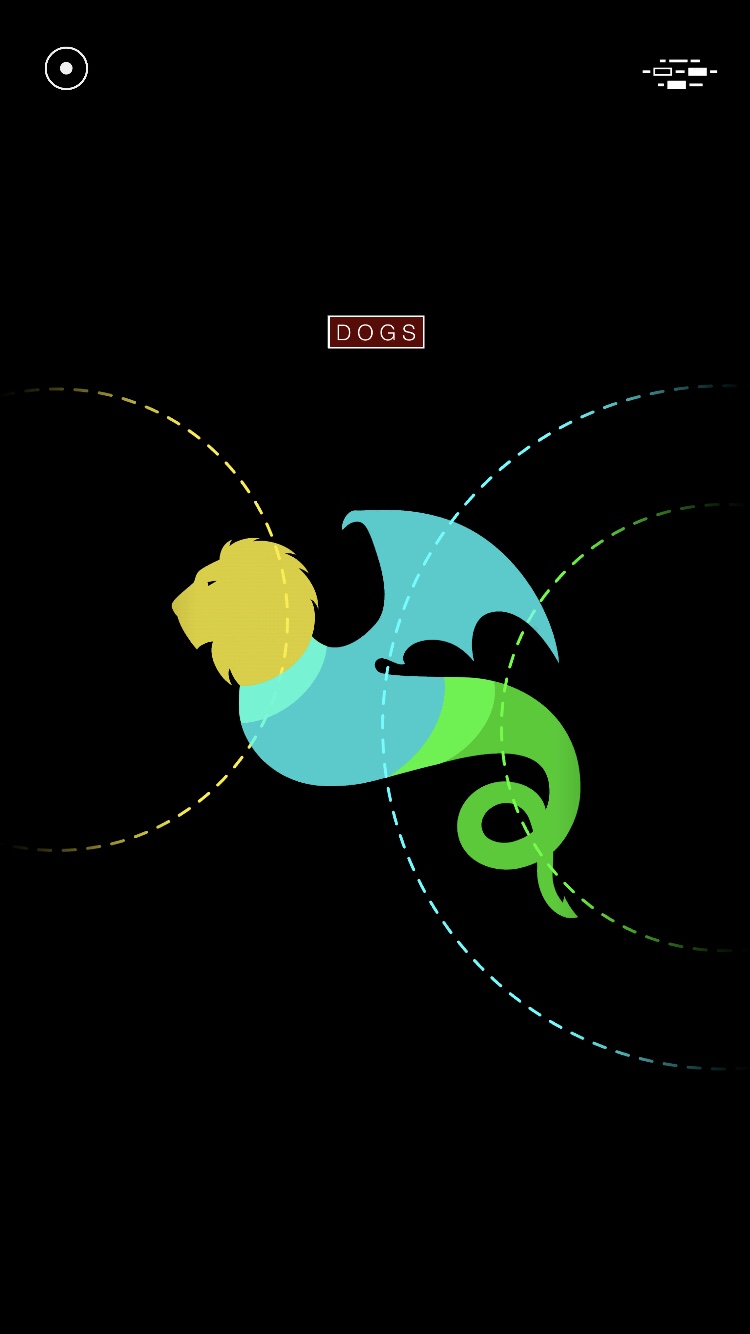 For instance, you’ll soon see levels with colored dots around the central rings. each of those rings will also have a a hollow circle that acts as a selector. When you rotate the ring and the selector lands on, say, the yellow dot, you’ll then be able to control the yellow ring off to the side. If you select the red dot, then you’ll be able to control the red ring. Sometimes you need to use two different selectors in order to access a ring. Like I said, it’s hard to explain, but the video at the top of this article might help. Again, if it stopped there, it would still be kind of boring. But later you’ll notice how when you turn one ring, two colors swap their images. Now you need to figure out how to use the tools you’re given to move the images to the right colors in the right positions. So knowing how you want the end result to look is only half the battle. 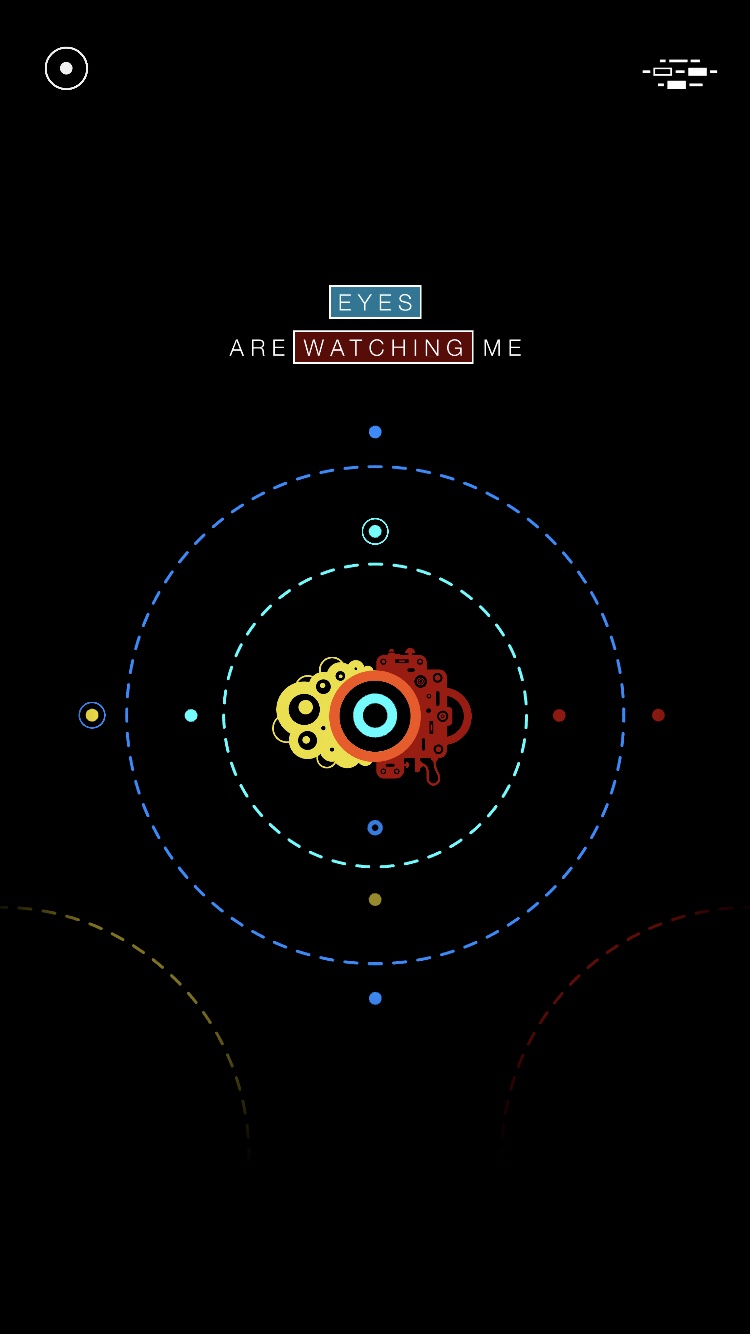 For the entire game, all you’re doing is rotating these rings. But there’s no guidance, so the fun is in determining what each ring does in each puzzle. What I explained doesn’t even cover everything, as I want you to be able to discover the truly clever solutions on your own. Admittedly, my first playthrough included some confusion and I started wondering if there was a clear logic to it all or you’re supposed to just fiddle around until everything falls into place. When I got stuck on a puzzle, I would try and brute force it, which worked to a point. Sometimes I thought I knew what I was doing and figured out most of the solution, but then completed it by accident. But even when I didn’t feel fully responsible for solving a puzzle, I wasn’t turned off from the game. I was always compelled to keep moving forward, and part of that is due to the way the story is told. 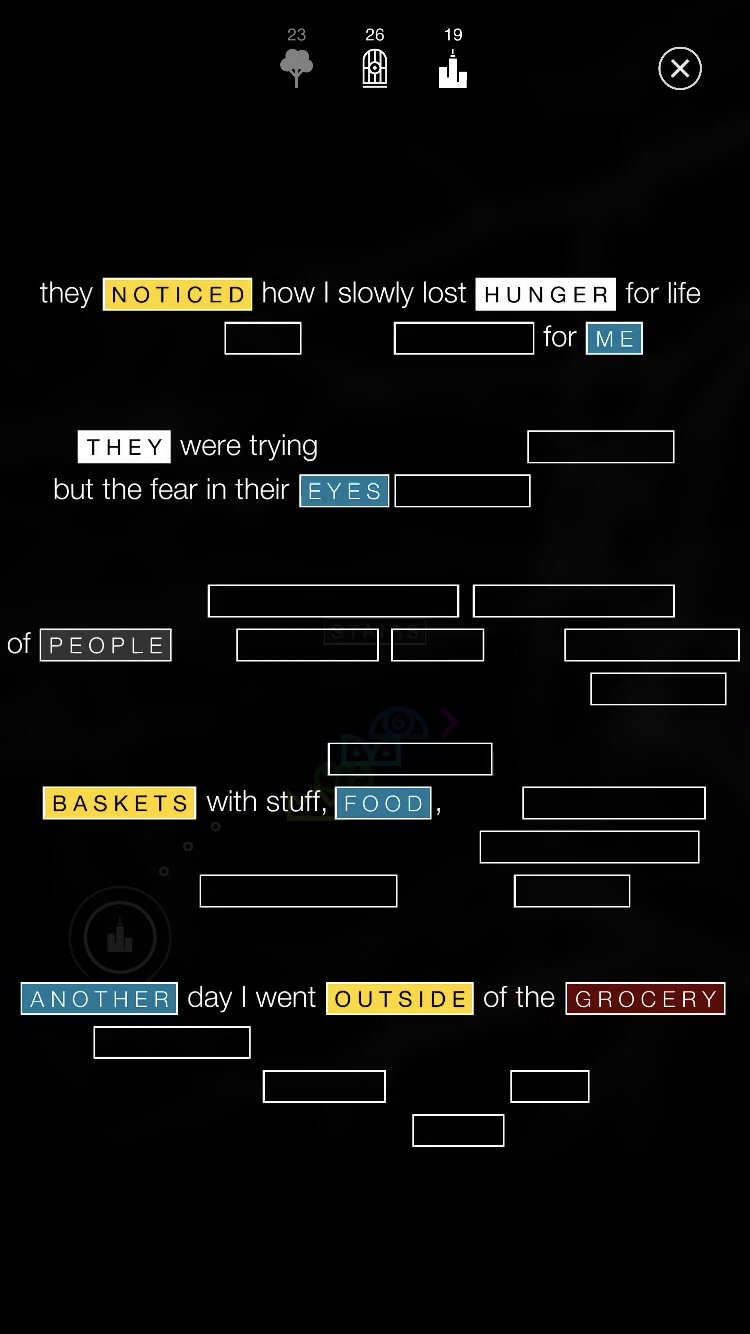 I already mentioned that each puzzle has a word at the top representing the item you’re supposed to create. But as you rotate the rings and pull up the right pieces into the right spots, new words will appear, forming a sentence. Each time you add a correct piece, the sentence will grow and change its meaning until you have the complete image and all the words. But that’s not all. As you move the puzzle pieces around, the ones that are outlined will blink if the pieces are in a certain position. When you notice a word blinking, you can tap on it and collect it. Each area has a certain number of words and once you collect them all, they piece together on another page and tell part of the story about a person who is, fittingly, trying to piece together bits of their memories.

One aspect I love so much about the game is that the story is about memory loss, and I constantly felt like I was struggling with the puzzles because I wasn’t keeping track of things and kept forgetting what I tried and didn’t try. The effect was that it made me feel like I was losing my mind. “Didn’t I already try every possible combination here?” Even when I thought I had a handle on the mechanics, the next level would switch things up just enough to make me doubt myself. And it continued like this until the very end. It wasn’t until I went back through it all and forced myself to study what each dial does, that I truly understood how to solve the puzzles. Later levels even made me think of Three-Card Monte and will really test your memory. But it helped that I knew by then what the end results should look like. It’s almost like I needed to regain those memories in order to make sense of the puzzles themselves. Maybe it’s a bit backwards, and I’m sure it won’t hit the same note for everyone, but I absolutely loved that about it. The puzzles just melded so well with the story. 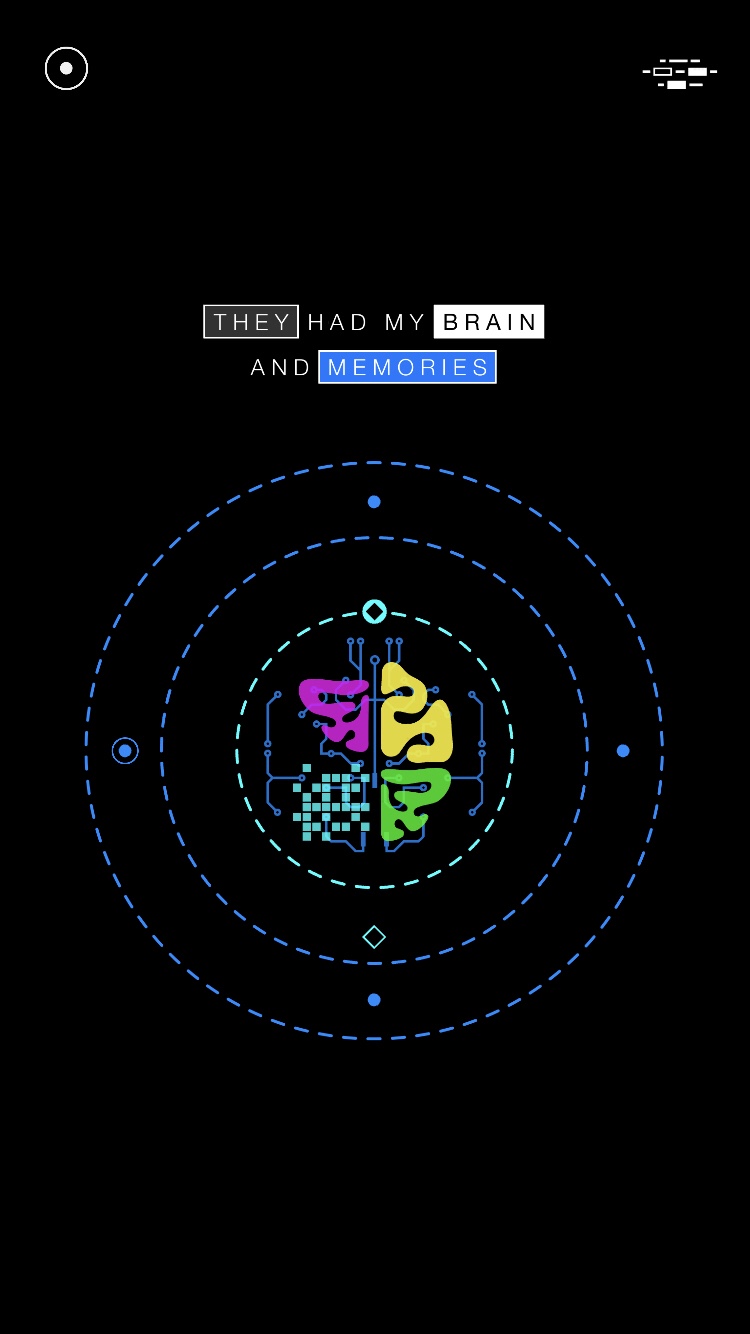 There are other little touches that make the game so appealing to me. The clean, minimalistic art style allows you to focus on the puzzles without any outside distractions. There are no IAPs, no star system, no move counter, no score whatsoever. You can take as much time as you need to solve a puzzle and the game won’t rub it in or try to give you a hint. There’s something very refreshing about being stuck and knowing the game won’t bail you out. Again, it reinforces the story, as you might feel some of the same helplessness as the main character. I also like how the level map’s background looks like the synapses in a brain. And then there’s the chill soundtrack and haptic feedback to immerse you in the whole experience. I also liked how the story’s path follows the images in a way reminiscent of Simogo’s Device 6. Sometimes you have to revisit a puzzle and form a different image, like to go upstairs instead of downstairs.

My first time through, the game reminded me of Shadowmatic a bit, since once again I was making well-known objects out of abstract shapes. But G30 is much more of a puzzle game, as you have the words as clues instead of just Shadowmatic‘s six lights, and you’re not meant to just move things around blindly until they form a picture. You’re supposed to do it with purpose and planning, even if that might be hard to see at first. Shadowmatic might have impressive graphics, but it doesn’t hold a candle to this game in terms of puzzle design and narrative.

All that said, the game isn’t perfect. It does have a few typos and grammatical errors here and there but nothing too distracting. And I’m sure those can be fixed in an update. There also isn’t any iCloud sync, but the game is in portrait mode and plays perfectly with one hand, so I wouldn’t stress too much about that. Just play on an iPhone if you have two devices. There are only about forty levels in G30, so it might seem short if you manage to brute force everything or just have a knack for these puzzles and solve them faster than I did. But I appreciated that each puzzle needed to be approached differently instead of just recycling the same mechanics with different images. I hope, if you do pick it up, you’ll stick with it, as it can be very rewarding. The puzzle design is so clever and unlike anything I’ve seen before, matched with a meaningful story that blends well with everything else. 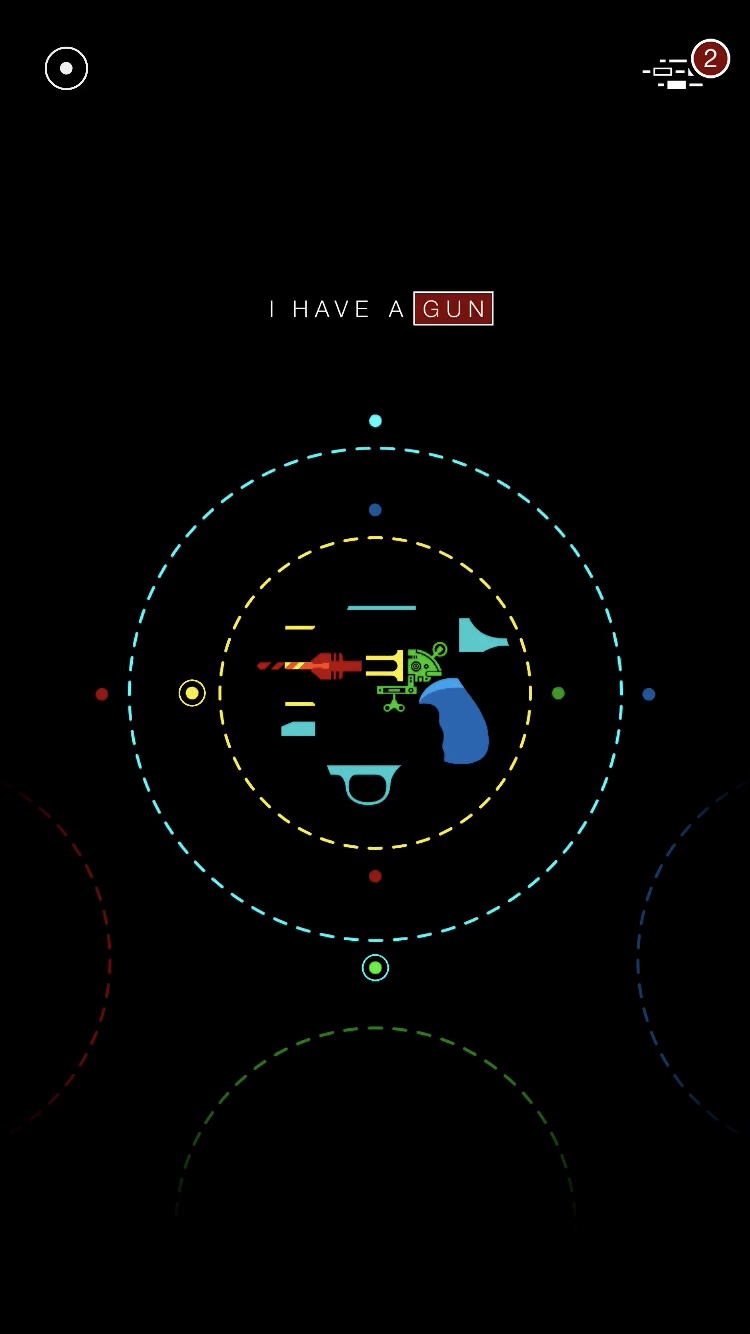 I didn’t really know what I was getting into with G30. As I mentioned at the start of this review, I’m not usually a fan of those dial puzzles, but even though I had some inkling from the trailer that the puzzles would be like that, I was so intrigued by the overall design that I just had to try it. It’s a testament to the strength of its puzzle design that it managed to make something I usually feel lukewarm about into something so compelling that I refused to put the game away until I cracked every one of its puzzles wide open. G30 is a game that demands patience, but it also rewards it, even if that might not be clear at first. And on top of that it covers a very important topic, but I don’t want to say more about that as it will spoil things. If you’re willing to take on the challenge, there’s a truly special experience waiting for you. So grab the game here and start piecing things together.

And if you get hopelessly stuck, try my walkthrough guide.

‘Splitter Critters’ Review: How Did They Do It?